While Dax and Ronny are debating if the chicken or the egg came first, Rose does not understand why the Octavian Chalice is giving off five different jewel signatures. Unable to remember who has what jewel or crown, they decide to review the season so far. And thanks to Mack’s computer brain, they can easily access previous episodes.

They start with the first jewel, Brownbeard’s Pearl, which they found on St. Lucia. Rose puts a marker on St. Lucia on the globe and believes that where they found each jewel may hold the key.

They continue with the second jewel from the Toru Diamond which they found in Indonesia. 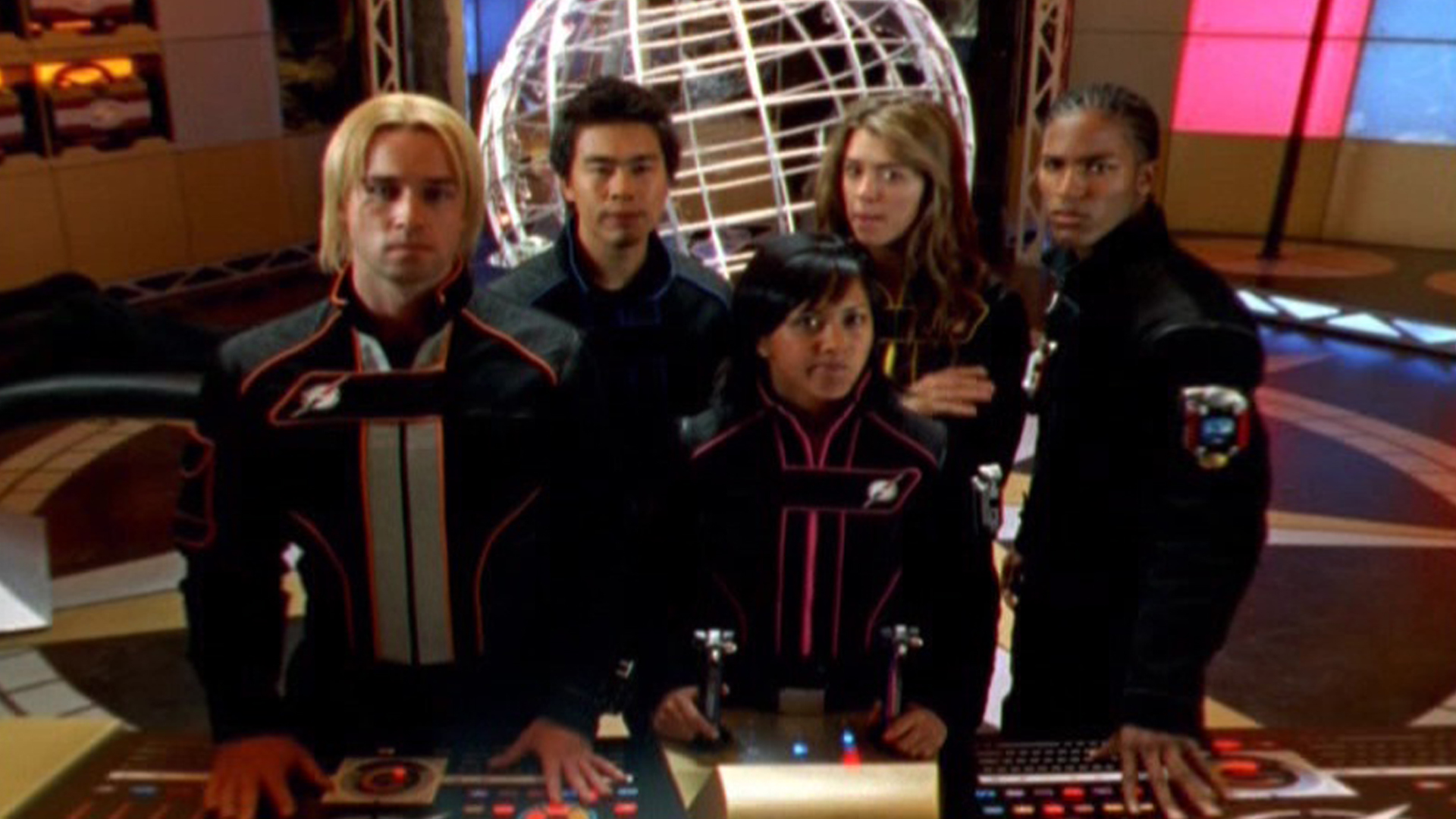 The third jewel, the Blue Sapphire, was found in Mexico, but was taken by Miratrix.

So far, there doesn’t seem to be a pattern with the jewel locations.

They keep going with the recaps and remember the Star of Isis was found in “a place called Florida.”

Continuing with a recap of the Fearcats’ demise, the Rangers are thoroughly confused. Spencer comes in with some brain food for them, “before you begin your next adventure.”

Rose suddenly has a realization and says Spencer is a genius. She realizes that it’s not about where they found the jewels, but where they were to begin with.

They realign the points on the map to Atlantis, Istanbul, Portugal and San Angeles. Rose believes if the Chalice was once with all five jewels, it must have been when they first arrived on Earth when it was still Pangaea.

Rose shifts the map with the points into Pangaea and they see all four jewels surround present-day Greece. They know where to head to next.

Well, it was a typical clip show. But there were two great things about.

First, it highlighted the season’s globetrotting which I think is one of the season’s best aspects. I really liked how the season’s action was literally worldwide and not just in some random, made-up California city. I think the season did a good job with their travel and it helped present something different for the franchise.

I mean, when are you going to hear a kid’s show reference Indonesia or St. Lucia as a major plot point. Let alone Power Rangers. It’s pretty awesome. And having them present the highlights like this is great.

The other great part of this episode was the idea of the jewel locations providing them a clue. And then realizing that they had to bring out Pangaea to have everything make sense. Like the previous point, when are you going to hear a kid’s show mentioning Pangaea?!

I thought that was such a clever plot point. And it shows that they definitely had to think far ahead to make that work in terms of which international locations they would be using.

So overall, it was a basic clip show. But they had some great concepts in it to make it worthwhile.