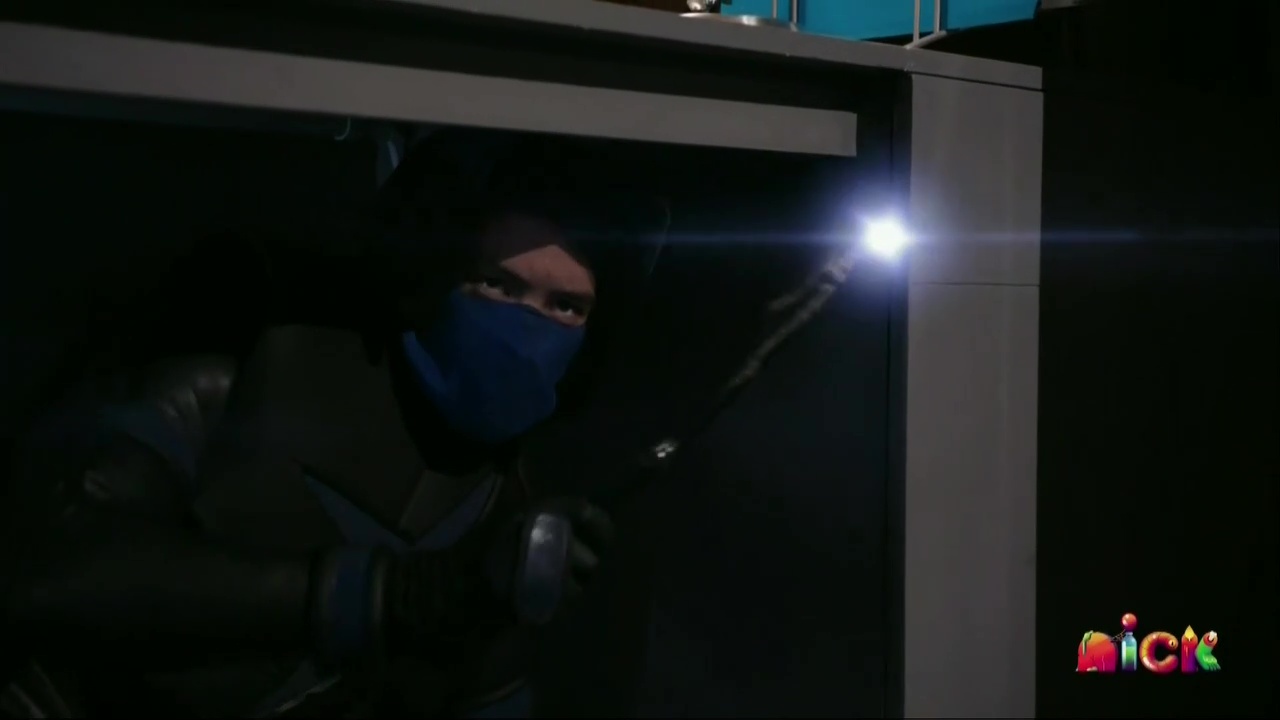 Preston is leading magic club at school when Victor accompanies Monty to the club for the first time. Monty hypnotizes Victor into thinking he’s a chicken. But Victor causes chaos in the classroom when a bee starts buzzing around. Mr. Lunt arrives and is upset magic club has wrecked his classroom. He declares no more magic club in his room.

Preston tries to put the bee to sleep, but instead puts Mr. Lunt to sleep.

Principal Hastings walks in and is shocked Mr. Lunt is sleeping on the job. She fires him on the spot.

General Tynamon demands Madame Odius pay up. But instead, Madame Odius opens up Tynamon’s face to reveal his true form, and size. She wants Tynamon to bring Mick to her using a new weapon she’s created. 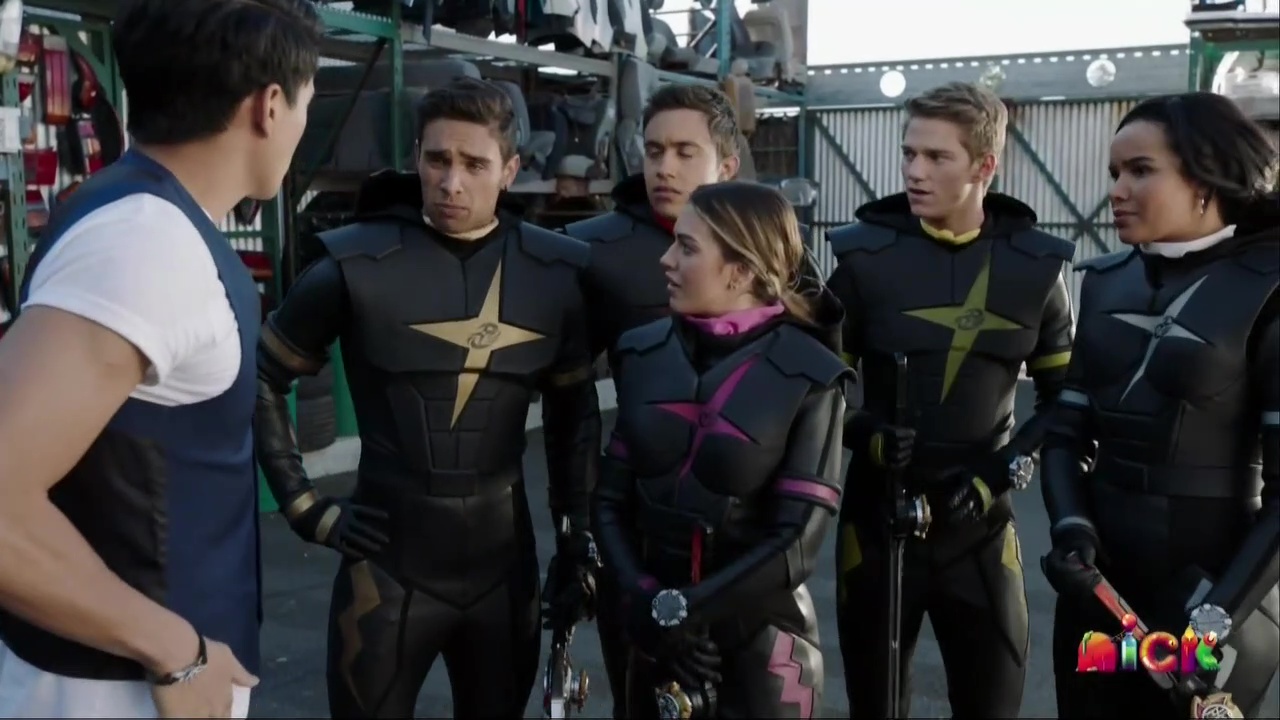 Over in the shopyard, the five Rangers are practicing a new power barrier when Preston arrives, still sad about causing their teacher to be fired. The Rangers decide to figure out a way to get his job back.

They go around the school asking their classmates to sign a petition to get his job back. Preston presents the signatures to Principal Hastings. She acknowledges them, but there’s a no tolerance policy on sleeping.

Just then, Redbot calls them about buzzcam activity in Hillcrest Quarry. The Rangers hurry over.

Mick sees Tynamon scurrying over into the shop. He goes to look and Tynamon zaps him right in the head.

The Rangers arrive in the quarry to face Brax who is serving as a distraction to allow Tynamon to accomplish his goal.

The Rangers and Brax battle. They decide to try their element shield they were practicing earlier. As the others maintain the barrier, Brody battles Brax inside. But Brax is too much for him and Brody’s Power Star is damaged, forcing him to demorph. 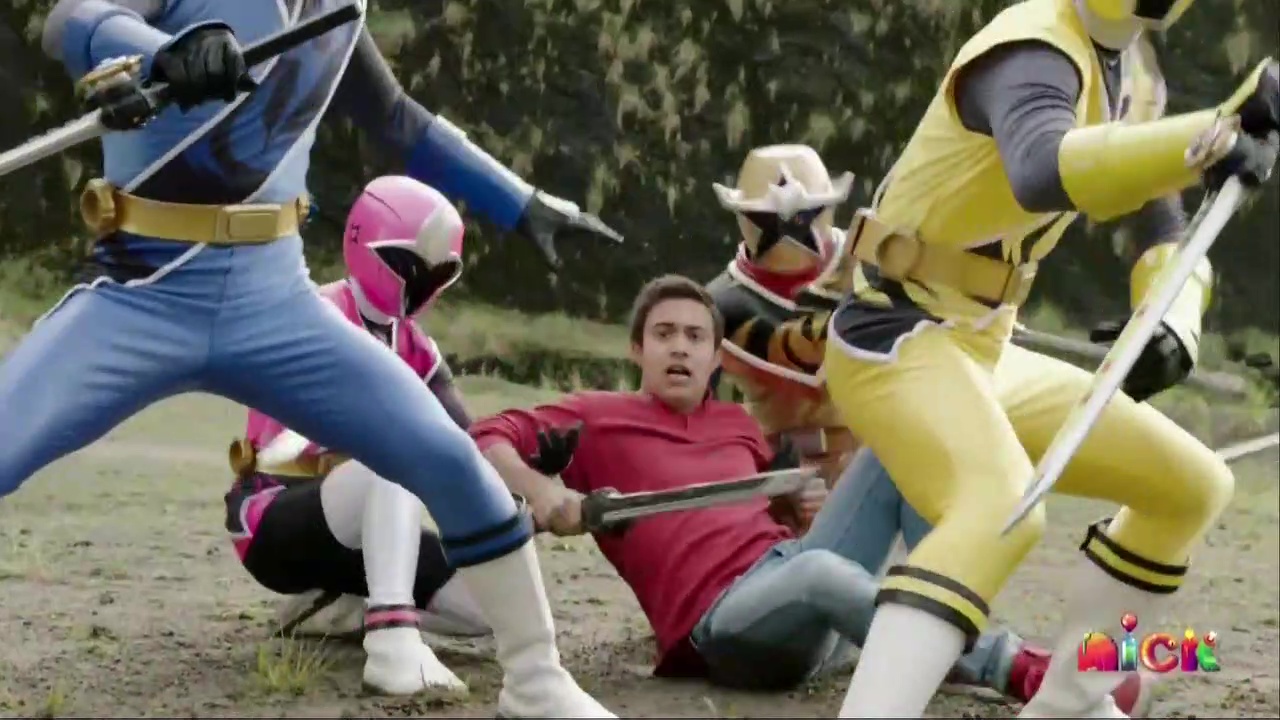 The Rangers poof themselves back to safety. But Brax knows Tynamon has captured Mick.

Redbot says the damage to Brody’s Power Star is similar to what Foxatron did to their Zord Stars. So it can be fixed, but will take a while, especially without Mick. They think Mick’s just off prepping for class.

Preston comes in and says Mr. Lunt is almost done packing so they should go say goodbye. Calvin says he almost wishes Principal Hastings also makes a mistake so she can see how it feels. Preston has an idea. 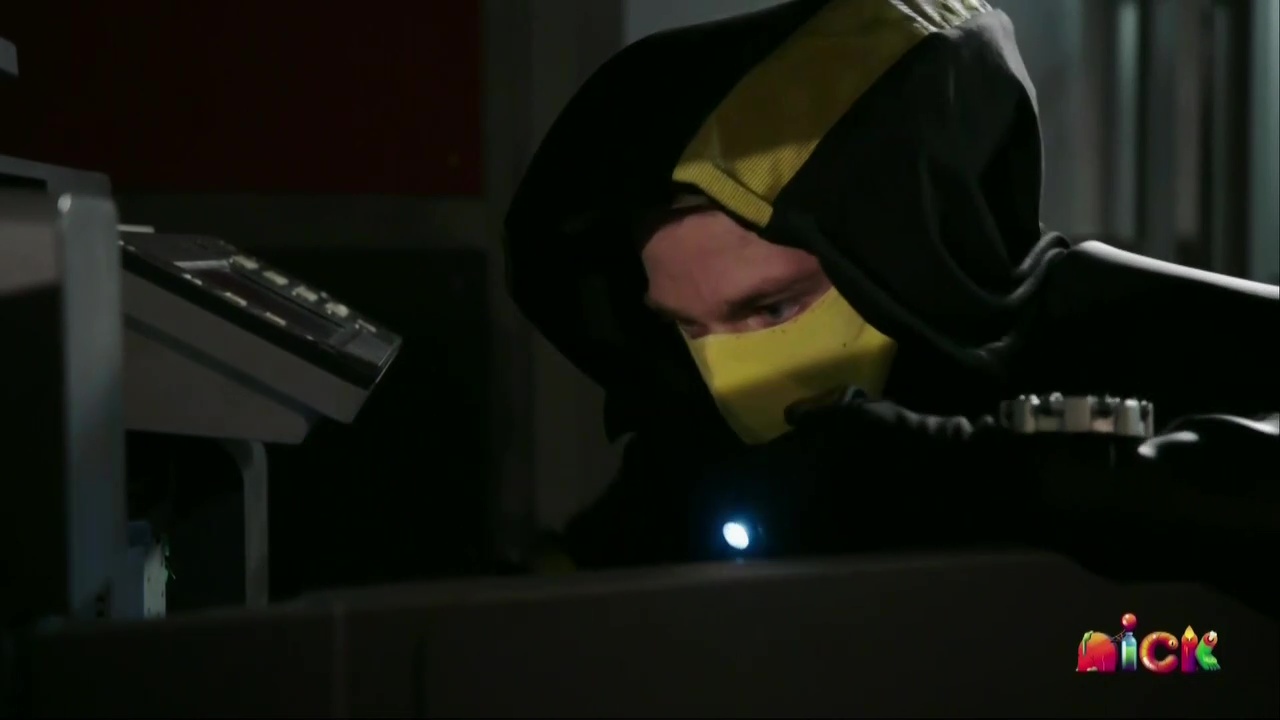 Later, the Rangers are in their ninja uniforms as they stealthily allow Preston to put Principal Hastings to sleep and cause the copier to spit out all the paper. They take her keys and place them next to Mr. Lunt’s car while Hayley distracts him by thanking for helping her.

Hayley points out the keys on the ground. Mr. Lunt sees they are Principal Hastings. He hands them to Hayley, but she says she has to go. That forces Mr. Lunt to head back inside the school where he finds it a mess and Principal Hastings asleep.

The Rangers watch as Mr. Lunt wakes Principal Hastings up. He offers to help her clean up the mess.

Principal Hastings realizes she was too harsh on him earlier and tells Mr. Lunt about Preston starting a petition as well.

“I’m a fool for not listening to them!”

The Rangers head back to the command shop, but Brody and Redbot aren’t done with repairs and there’s buzzcam activity downtown. He hands them the LionFire Armor Star to help while he can’t join them.

Madame Odius says she’ll embiggen General Tynamon so he doesn’t have to use the robot body anymore only after he kills all the Rangers for good.

The Rangers arrive and morph. Preston goes LionFire and Levi goes Superstar. The two of them deliver final strikes at General Tynamon. But not even a scratch on him.

Preston and Levi are able to grab hold of General Tynamon, allowing Hayley to shoot at Tynamon’s face, revealing his true form.

The Rangers hop into Ninja Fusion Zord. Then they summon the LionFire zord so they can form the Ninja Ultrazord. Preston leads them in the final attack and General Tynamon explodes.

Back at school, Mr. Lunt thanks Preston for what he did for him. Mr. Lunt also says the magic club can still use his classroom. Brody and Calvin talking about their chicken sandwiches turns Victor into a chicken again.

But Redbot suddenly calls the Rangers and tells them to hurry back to the command shop.

Redbot plays them a message from Mick who says he is going to visit his parents who are sick. The Rangers wish him and his parents well.

They, however, still don’t know he’s actually under Madame Odius’ control. He will help her create a satellite system that will broadcast her mind control device across the world.

Madame Odius laughs and says the Rangers better sleep well tonight because it’ll be their last!

So there’s basically two parts to this episode. First, we have the standalone story of Preston putting his teacher to sleep. It was actually a pretty good plot. It showed how a little, magical mistake could really have huge consequences. And here, it was Mr. Lunt losing his livelihood. That’s pretty huge and certainly a huge dilemma for the Rangers.

The resolution of it was pretty good too. Principal Hastings also allowed to give the lesson on not jumping to conclusions or acting too rash. And for Preston, it was to be careful with his magic. But also the real danger of them being Rangers with powers even.

The mission to put Principal Hastings to sleep was such a random use of the awesome ninja uniforms. But we gotta take ’em where we can get ’em. I really wish they were able to use them more during the season(s).

The greater arc part of the story is finally we are getting Madame Odius’ endgame. (With only two episodes left!)

We really haven’t been too sure about how Madame Odius was going about her endgame. Really, we didn’t even know what her goal was other than controlling the universe which is very generic of course. And this mind control satellite feels like a simple MOTW-type of plot and not the climax to a season-long story.

I feel like they should’ve used Tynamon much more considering how big a part of Ninninger he was. They also could’ve done a lot with revealing he was a tiny action figure inside a robot. Ninninger didn’t really do much with that and it just felt like they threw that in there. But Ninja Steel could’ve done a great story with it here instead of all the filler eps we got.

Overall, on its own, this was a pretty great, fun and exciting episode. But not so much an effective way to truly build up to the finale.

Recap: Power Rangers Dino Fury, Episode 21 – “No one wants to put the ones they love in danger.” + Check-In Review