5.13 – THE SONG REMAINS THE SAME
Miss the episode or want to watch it again?
Download it now on

Anna visits Dean’s dream, telling him to meet her. At the meeting place, Anna is met by Castiel. She’s been in prison, and Castiel believes they’ve sent her on a mission. She tells him that Sam has to die because he is Lucifer’s vessel.

Castiel tells her he will defend them.

Anna gets plopped down into 1978. Castiel figures out she’s gone back to kill John and Mary Winchester. Sam and Dean want to go, not just to save their parents, but to “set things right.”

The three of them land in 1978, but Castiel is banged up. Dean drops him off at a hotel and he and Sam go see their folks. They ring the doorbell and Mary answers, remembers them, and tells them she doesn’t hunt anymore.

Sam gets emotional seeing his parents. Sam and Dean introduce themselves as Mary’s cousins. Mary is eager to see them on their way, but John would love for them to stay. 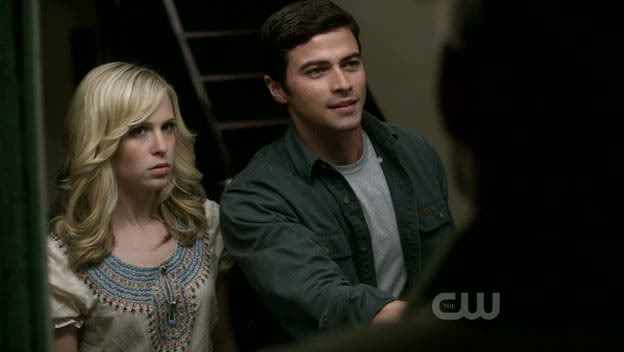 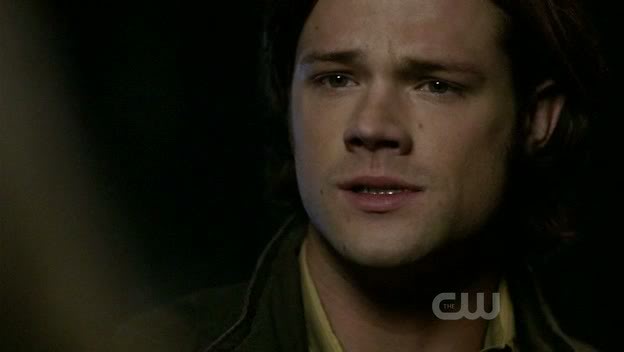 Anna calls and tricks John into going to the garage he works at. He leaves as Sam & Dean try to warn Mary about the danger they are in.

Anna attacks John as Dean and Mary arrive and Anna takes them on as well. John sees everything as Mary fights. When Anna gets the upperhand, Sam flashes her away.

They drive back home and they explain to John what’s going on. Mary takes them to an old home, their family’s, complete with a devil’s trap and iron everything.

Sam teaches Mary how to use holy oil. John asks how to draw the symbol on the wall to flash away the angels. Dean shoos him away, but John cuts his palm to show he’s serious. Dean smiles and tells John he reminds him of his father.

Later Sam goes to talk to his father. John thinks a parent must be irresponsible to let their kids into this kind of life. They have a heart to heart. Sam tells John he gets it, he gets how his father has helped and protected them. He tells John what he couldn’t tell his father; he understands and he loves him.

A young Uriel meat suit meets Anna. She tells him to help her kill the people who’ll kill him in the future.

Back at the home, Mary wants to know everything. Dean doesn’t want to explain, but he tells her that he and Sam are her children, from the future. He makes her believe him. She can’t believe her children grow up to be hunters as well. But Dean tells her everything about the YED and John raising them, not her.

Dean wants her not to go into the nursery, to change their destinies. But Sam says she must leave John, so they will never be born in the first place. Too late, Mary’s pregnant already.

Suddenly, all their protective seals and holy oil are gone. They’re here!

Uriel and Anna walk in and the brothers take them on. John goes to pick up the knife, but Anna hurls him through the window outside. Anna skewers Sam and he’s dead as Uriel strangleholds Dean against a wall.

A light shines at John outside and suddenly he appears inside. Anna addresses him as “Michael” and one touch by him and she’s burnt toast. He snaps his fingers, Uriel disappears.

Michael tells Anna that John is fine and he puts her to sleep. He walks over to a hurtin’ Dean. He wants them to talk. John had no problem letting Michael into his body.

Michael tells Dean he is his one true vessel, but not the only one. He’s part of a bloodline that traces back to Cain and Abel. (Hmm… hint hint.) It’s in their entire family’s blood.

Michael explains that he doesn’t want any of this to happen, even as Lucifer defied them all, he still loves him. But he has to kill him because “it is right and I have to,” and because God says so. This is how it is all supposed to end.

“Think a million random acts of chance that let John and Mary be born. To meet. To fall in love. To have the two of you. Think of the million random choices that you make and how each and everyone of them brings you closer to your destiny. Do you know why that is? Because it’s not random, it’s not chance. It’s a plan that is playing itself out perfectly. Free will is an illusion Dean, that’s why you’re going to say yes.”

Michael offers to scrub John and Mary’s minds from all of this… all to continue the plan as it was meant to be. He zaps Sam back to 2010. Then Dean. 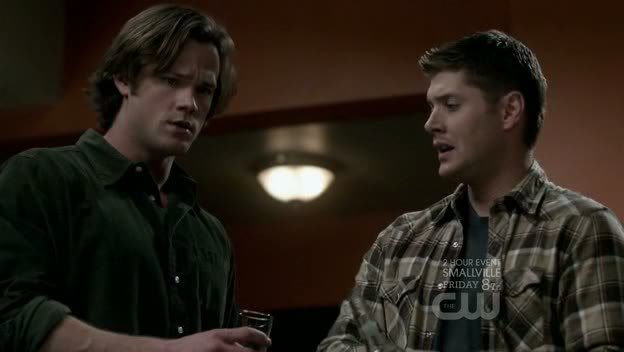 Back in 2010, Sam & Dean wash up as Castiel arrives and collapses. They lay him on the bed to sleep.

Sam wonders if they will say yes. What if it’ll really happen, they can’t say what they’ll do in the future.

Back in 78, a very pregnant Mary is with John in their new nusery. They are looking at an angel figurine that Mary has just bought. She tells little Dean in her stomach that he’ll be okay, angels are watching over him.

Episode Thoughts
Good episode. We finally meet Michael, and having him use John! as his vessel was a neat idea. I think Matt Cohen did a good job.

Big implications because Michael basically tells Dean they can’t do anything to stop the inevitable. If the Cain and Abel references weren’t knock you on the head enough, then I don’t know what is. But Kripke & Co. always has surprises.

Seeing Sam getting emotional seeing his parents together was awesome. He had never seen them together ever in his life, so those were great scenes.

The hour went by really fast I thought, but it was all straight to the point which I enjoyed.