Brody ends up taking on Typeface while the others fight off BasherBots. Typeface retreats, but there are still more BasherBots left. A dock worker is recording the entire scene.

Emma returns and decides to help the Rangers. She mistakenly thinks she has defeated a BasherBot and continues to “help” the Rangers until they’re all gone.

Emma tells the Rangers “You’re welcome!” and has to run, but promises to help again next time too.

Levi tells Brody to tell Emma that what she’s doing is dangerous.

Back at school, the other students ask for Emma’s autograph after seeing the viral video of her fighting off the BasherBots. Emma approaches Brody to hand him his phone that she fixed for him. She also thanks him for teaching her how to fight, saying she didn’t realize she’s gotten so good.

Brody tries to tell Emma that helping the Power Rangers is too dangerous. But she says it’s okay and she doesn’t need training sessions with him anymore.

Mick calls the Rangers and they head downtown to meet Typeface again. Badonna reminds Typeface to infect the Rangers’ weapons with a virus. Badonna summons BasherBots and they all battle.

Badonna decides to finish the Rangers off herself. But Emma arrives and faces Badonna.

Badonna fires at her and Emma is able to block the shot with her kendo stick. Badonna tries again and Brody and Sarah are able to swat the shots away.

Emma doesn’t understand why she wasn’t able to fight this time. Calvin and Hayley tell Emma to get to safety. 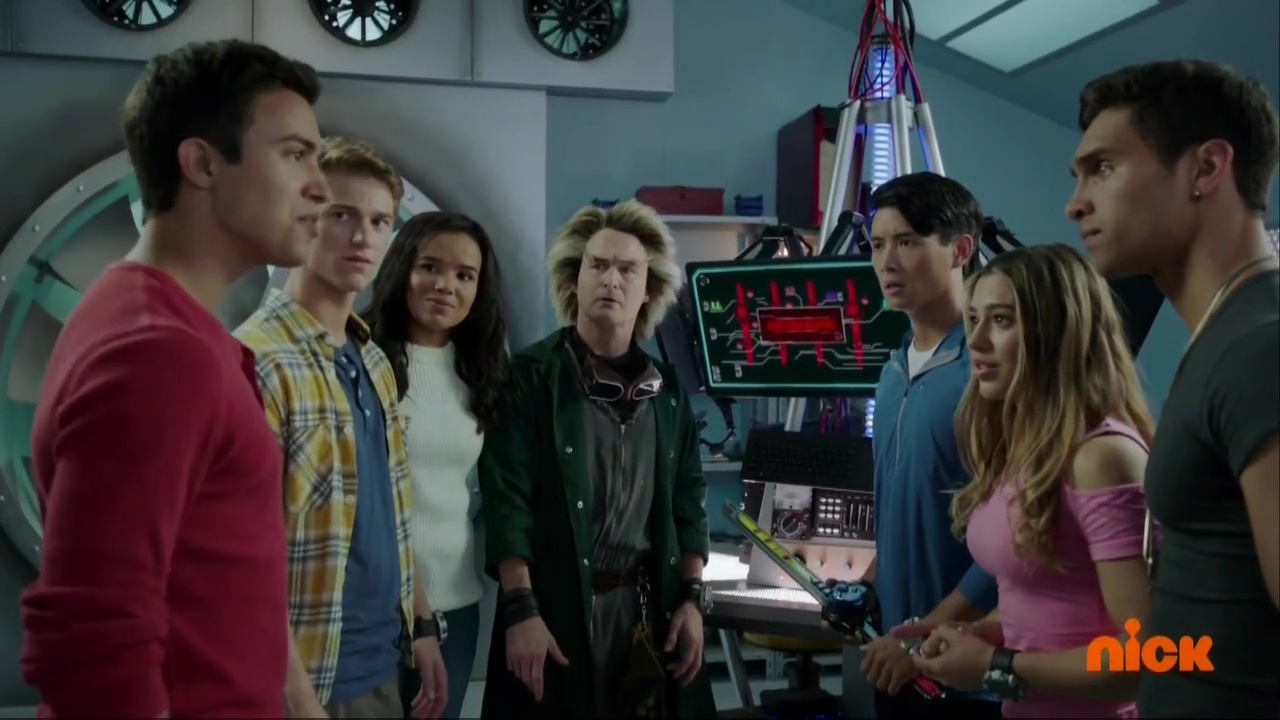 The Rangers drive Badonna away and focus on Typeface. Typeface infects Preston’s blade with the virus and he leaves. But the virus spreads through the Ranger network.

The Rangers morph and approach Emma to ask for her help.

They blindfold her to take her to their “secret base.” Redbot reminds Mick that he has to be in disguise as well so he turns himself into a hammer.

Emma gets to work and is able to get the Buzzcam detector up and running. Redbot sees there’s activity in the city so the Rangers hurry out, but their virus-filled weapons malfunction.

Emma is able to remove the virus and all the weapons are back online. The Rangers proceed to defeat Typeface’s first life. Cosmo Royale Gigantifies him and the Rangers hop into Ninja Blaze Megazord to finish off Typeface for good with the help of the Astro Zord.

The Rangers thank Emma and Brody declares her a Computer Ninja.

Later, Emma joins Brody by the docks and acknowledges what she did was dangerous and she realizes she has other, less-dangerous skills. She asks if they can continue their training sessions.

Back at school, Victor and Monty’s invention provokes another food fight and Principal Hastings gives Emma the Technology Trophy.

Wow. I very much enjoyed this episode. The most enjoyable episode of Ninja Steel since I don’t even know when.

I think the biggest reason is that Emma was pretty awesome. Xana Tang was great in the role and Emma was a fun, likeable character almost immediately. It was also a nice, relatable story. She wanted to be a hero, but the episode showed she can be a hero even if she isn’t on the frontlines. It’s a good message.

That’s why I was a little turned off when Brody rolled his eyes when Emma said she wanted to be as strong as the Power Rangers at the start of the episode. I don’t know if that was in the script or just the performance. But it was sad because there’s nothing wrong with Emma’s dream or goal. It’s a good goal to have.

Typeface is such a lazy monster name though. lol It was a good plan by him though and nice to see Badonna finally fighting too.

The most annoying thing about the episode was the Worldwide Day of Play ball that kept bouncing around. lol

But overall, this was a great and very enjoyable episode. I hope the final episodes can continue the momentum this episode might have started.