Preston beings everyone to the Ribbon Tree where you tie a ribbon to symbolize important moments like family and friends. Preston’s made one with all their names. But just as they’re about to tie it on, a bunch of construction workers arrive to come and cut it down to make way for a new building.

“Unless you want to put a ribbon on it, you can’t touch this tree.”

The Rangers step up to try and stop them.

But “the boss,” Mr. Tien arrives (with bodyguards/interns Victor and Monty). Turns out Mr. Tien is actually Preston’s father. Mr. Tien wants to build his big skyscraper to fill his bank account. Hayley and Calvin climb up the tree, but Mr. Tien tells Preston to go wait in the car and Victor and Monty to force the Rangers to leave.

Victor and Monty prepare to hose them down, but Preston uses magic to turn the hose on them instead.

Mr. Tien refuses to waste his time with all the nonsense, but he guarantees the tree will get cut down today. He heads back to car and tells Preston to knock off the magic and hop in.

The Rangers decide to get all the people who tied ribbons on the tree to come and protest its removal.

Over at Galaxy Warriors, Cosmo Royale introduces Trapsaw who doesn’t seem to be the sharpest saw in the drawer. Galvanax thinks he’s a dunce. But Ripcon vouches for him.

Mr. Tien tells Preston he and his friends have to stop getting in the way since every minute the project is delayed, they are losing money. “I’m just glad your mother isn’t around to see this,” Mr. Tien says. “She helped me build this business and I’m not about to let a bunch of teenagers shut me down.”

Preston reluctantly agrees to get his friends out of the tree. 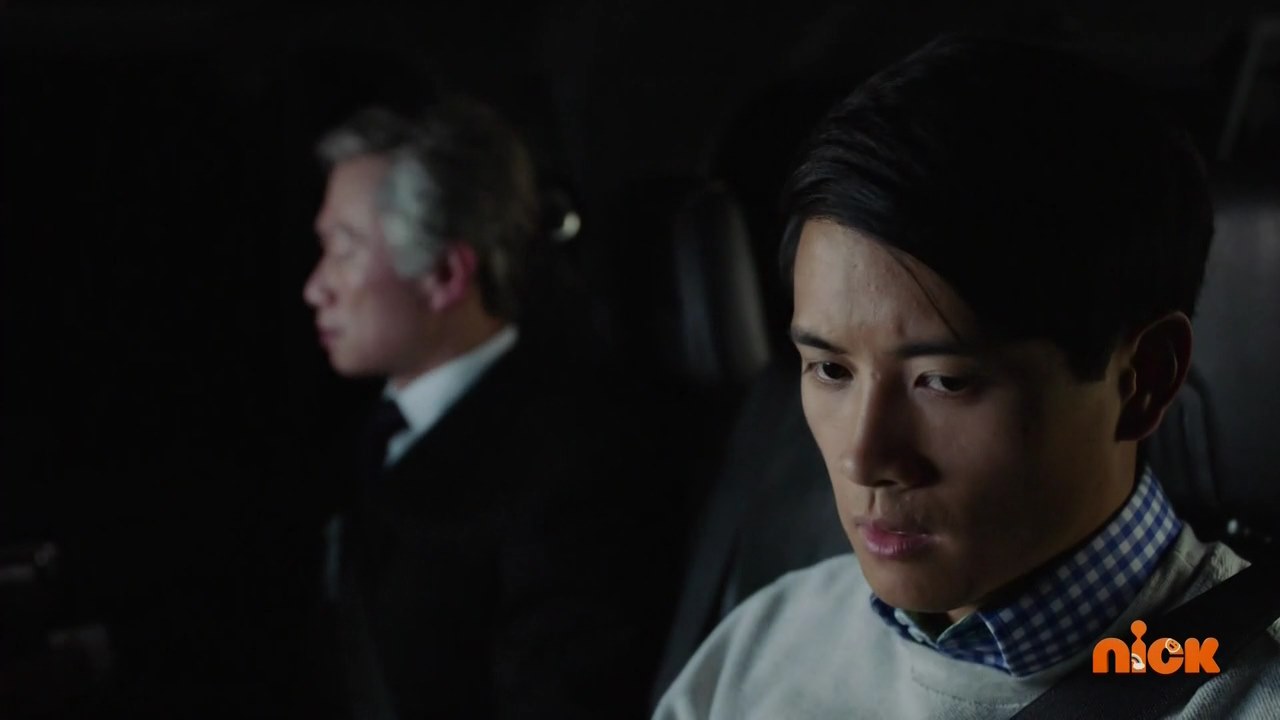 While passing out fliers, Levi wonders why a restaurant he used to visit whenever he was in town has mysteriously disappeared. Sarah just thinks he’s crazy.

Meanwhile, Trapsaw tries to lure Brody into one of his traps, but it backfires of course. Ripcon comes down to try and knock some sense into Trapsaw. He tells Trapsaw to focus on the others while he and Brody finally duel.

Brody morphs and they battle right into Ninninger footage. Brody says Ripcon is still too strong for him, so he has to train some more. He leaves to warn the others about Trapsaw.

The Rangers all meet back at the tree, but the flyers don’t seem to have gotten anyone to come. Preston says they should just give up since his father won’t change his mind. He only ever listened to Mrs. Tien.

Suddenly, a big group of people arrive to help protest the cutting down of the tree. Mr. Tien arrives as well and tells Preston how disappointed he is in him.

Mr. Tien tells his men to go ahead and cut it down, but they are hesitant as well. Mr. Tien takes the saw and decides to cut it down himself. But Preston stands up to his father.

Suddenly, a ribbon falls from the tree. It’s a ribbon the Tiens had tied on when Preston was born. Mr. Tien realizes he’s been wrong all this time and has forgotten. He adds that Preston has so much of his mother in him. They hug.

Mr. Tien says the tree and all its ribbons will be staying right where it is. Just then, Kudabots begin shooting at the crowd. The Rangers fight off the Bashers. Tripsaw says no one fell into his trap nearby thanks to the stupid tree.

Tripsaw wants to cut the tree down, but Mr. Tien will not let him. Preston sees his father in trouble and he runs over. The others join him and Tripsaw decides to leave.

The Rangers chase after Tripsaw. Mr. Tien tells Preston how proud he is of him. 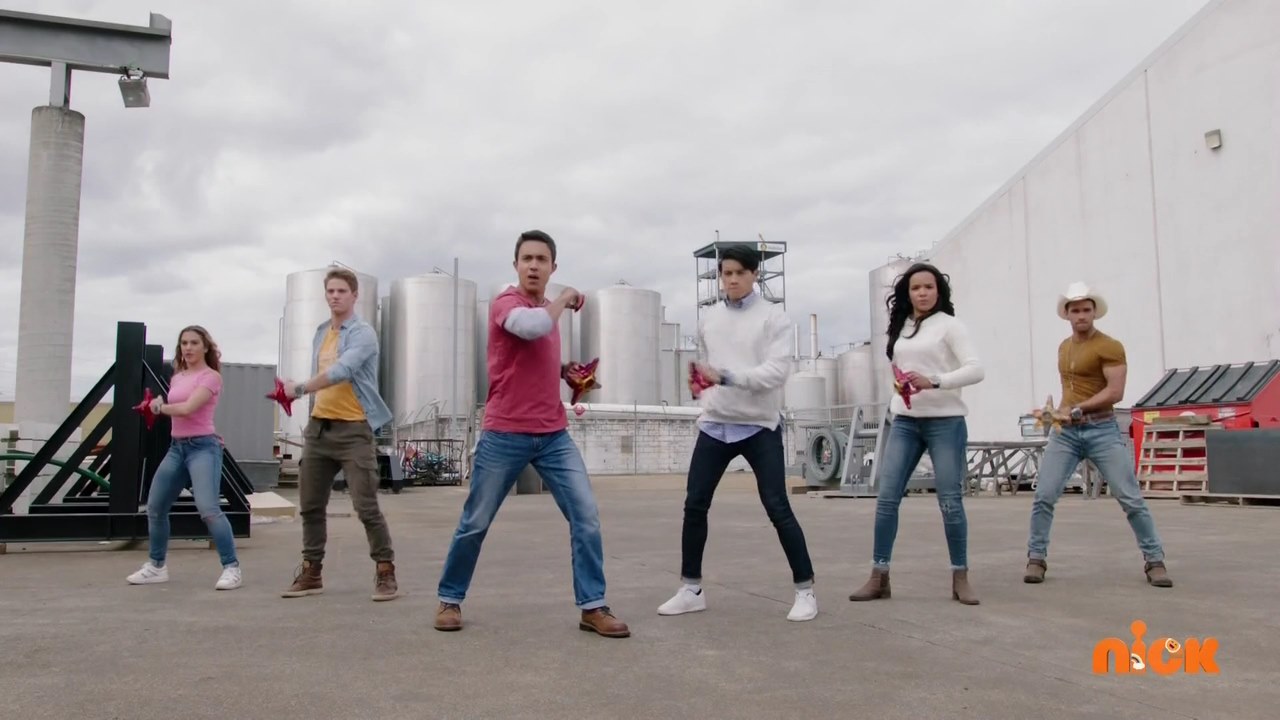 The Rangers find Tripsaw and morph. They battle until they use Hyper Mode finishers to finish off Tripsaw’s first life.

Cosmo Royale asks the audience and they approve a Gigantify. Trapsaw embiggens and the Rangers hop into the Megazord. They finish off Trapsaw for good with a Master Slash.

The Rangers hop out and demorph. A mysterious man watches them from behind a tree. 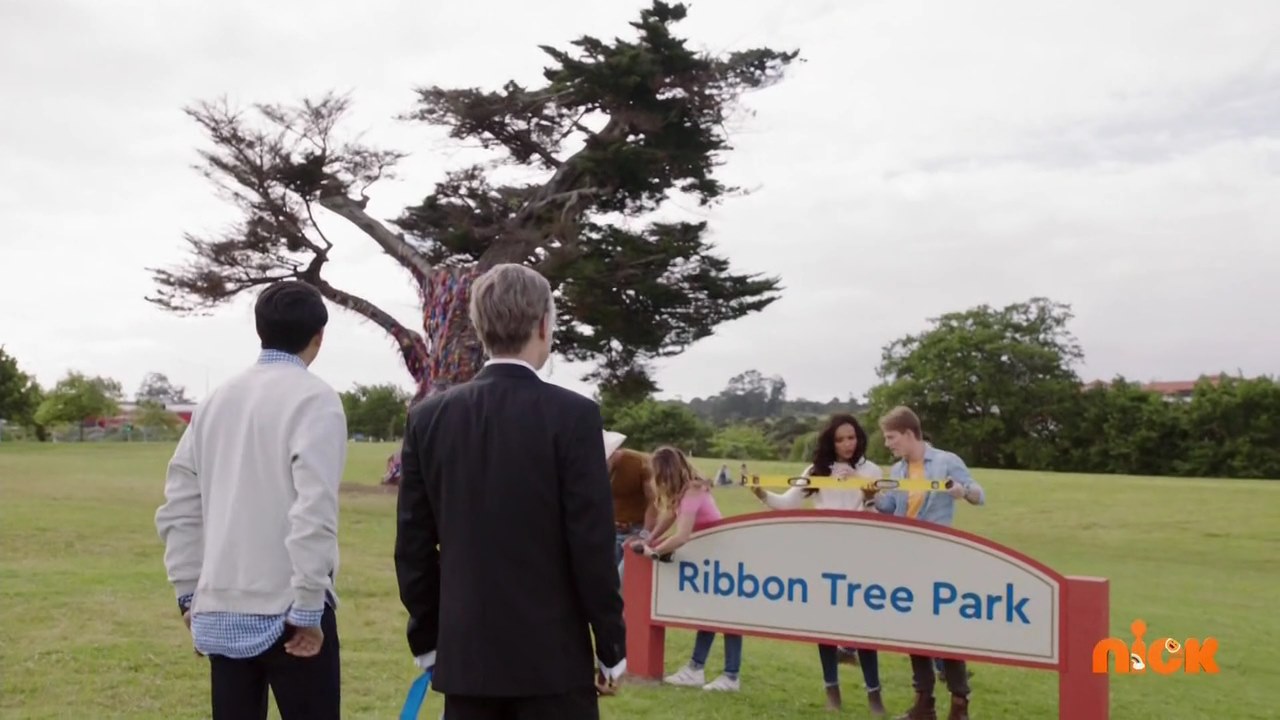 Later, Mr. Tien shows Preston that he’s made the area around the ribbon tree into a park for the city. The father and son go and re-tie their ribbon.

While Victor and Monty fall into a sinkhole, the mysterious man approaches Brody and says he is Aiden, his brother. 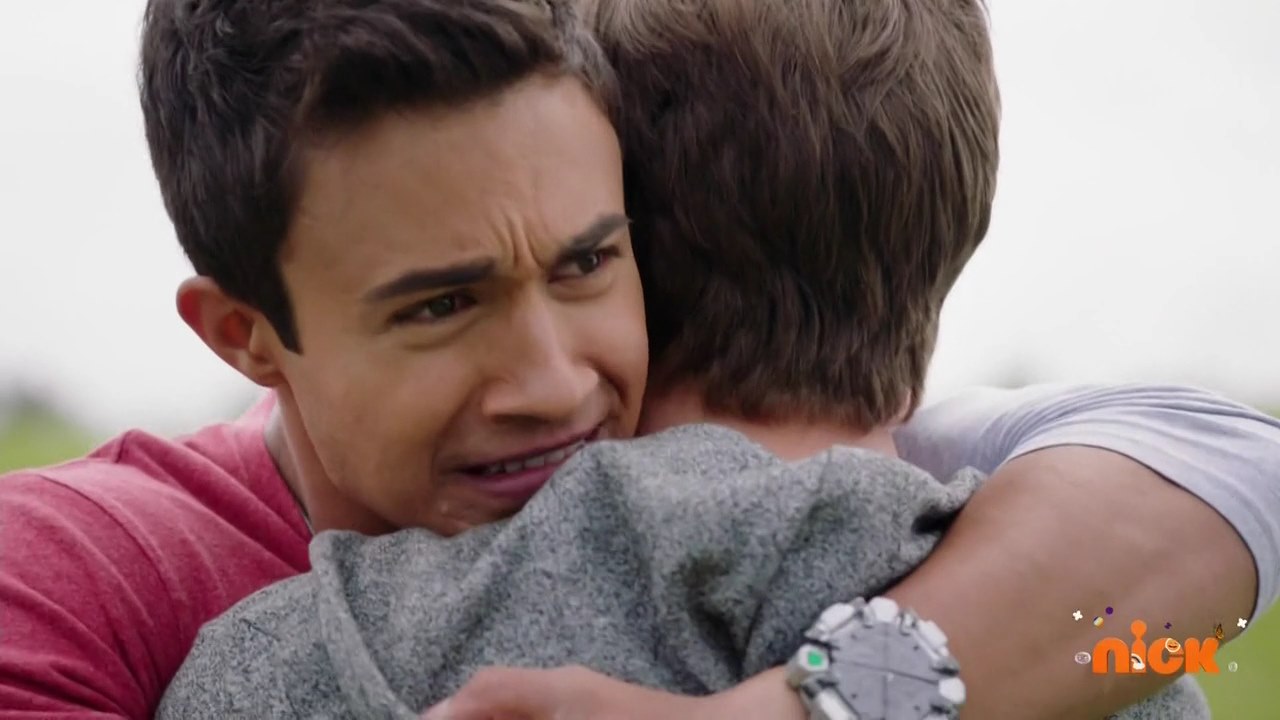 So I was totally spoiled about Brody and his brother’s reunion thanks to Twitter. But that was the most awkward cliffhanger I can remember. It wasn’t even so much a cliffhanger since the execution of it was so awkward. I wonder if I hadn’t seen the spoiler on Twitter before watching the episode, it might have had more impact. But I really didn’t like how Aiden (if that’s who he really is) just pops up at the end with Brody immediately accepting him despite not recognizing him at all.

Maybe it would’ve been less awkward had they not hugged and Brody’s all “WTF?!”

Anyway, for the rest of the episode, it was a pretty standard filler episode. I do like when we actually meet the Rangers’ families. So it was good to see Preston’s father even if their story was very cliché. It was almost half-hearted too. It seemed Mr. Tien knew Preston did magic. I might have preferred the whole “Go into business instead of magic school” instead of this “Save the tree” plot. We got Shelby and Col. Truman in that story last season, but I wouldn’t have minded recycling it again here if it made for a better episode than this.

Mrs. Tien being dead and Preston and his father being distant because of that (Hello Zyuohger!) would’ve been a nice episode on its own too. Very different for Power Rangers of course since they rarely talk about death in the first place.

It wasn’t a bad episode. Just kinda awkward at spots, even without the final scene.

I wasn’t sure, but I recognized a lot of the morphed fight footage and the zord battle from the first episode of Ninninger. And I was right. Very interesting use of the footage. And that includes having Levi in the Megazord with them.

The Kudabots shooting at the crowd after Preston and his father’s tearful reunion was pretty insane. Like that’s some scary real world stuff right there. Snipers?! Craziness!

Seriously though, why did they have to do that to Baron Nero’s face. I can’t.

So overall, just an okay episode. Definitely could’ve been a lot better.