Cubaru promises to show Ginis something he’s never seen before. Chefoodon starts forcing naporitan down everyone’s throats which then turns them into huge balls of fat and calories.

The Zyuohgers morph and take on Chefoodon. Cubaru is nearby experimenting with Bangurei’s hand. He finds that he cannot materialize his own memories or materialize memories from things he’s materialized. He needs further tests and materializes a guy from a woman’s memories.

Chefoodon closes his restaurant for the day and the Zyuohgers split up. 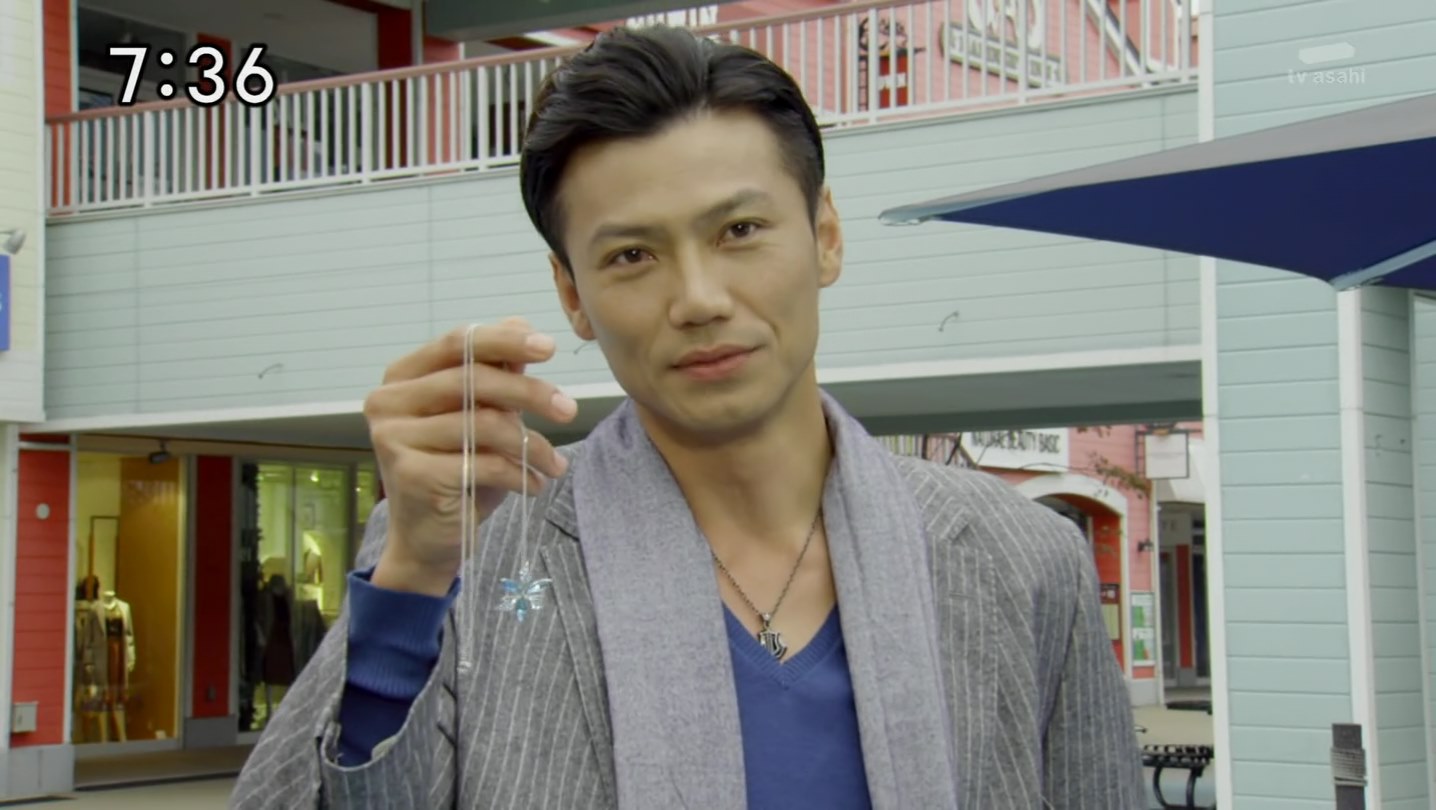 Amu and Sela stop by a cart selling jewelry. Just then Date Akira pops up in a sportscar and offers to buy the pretty necklace for the ladies. Amu accepts the necklace, but won’t give him their number.

Amu and Sela walk away. Amu explains that the guy is attractive and rich, but kinda shallow so why not accept the gift and leave it at that. She gives Sela the necklace, but Sela doesn’t want to be indebted to a guy trying to hit on her.

Akira drives away, but Sela chases after him. She finds him at a construction job (he’s not rich?) and he looks hot working which softens Sela’s view of him. 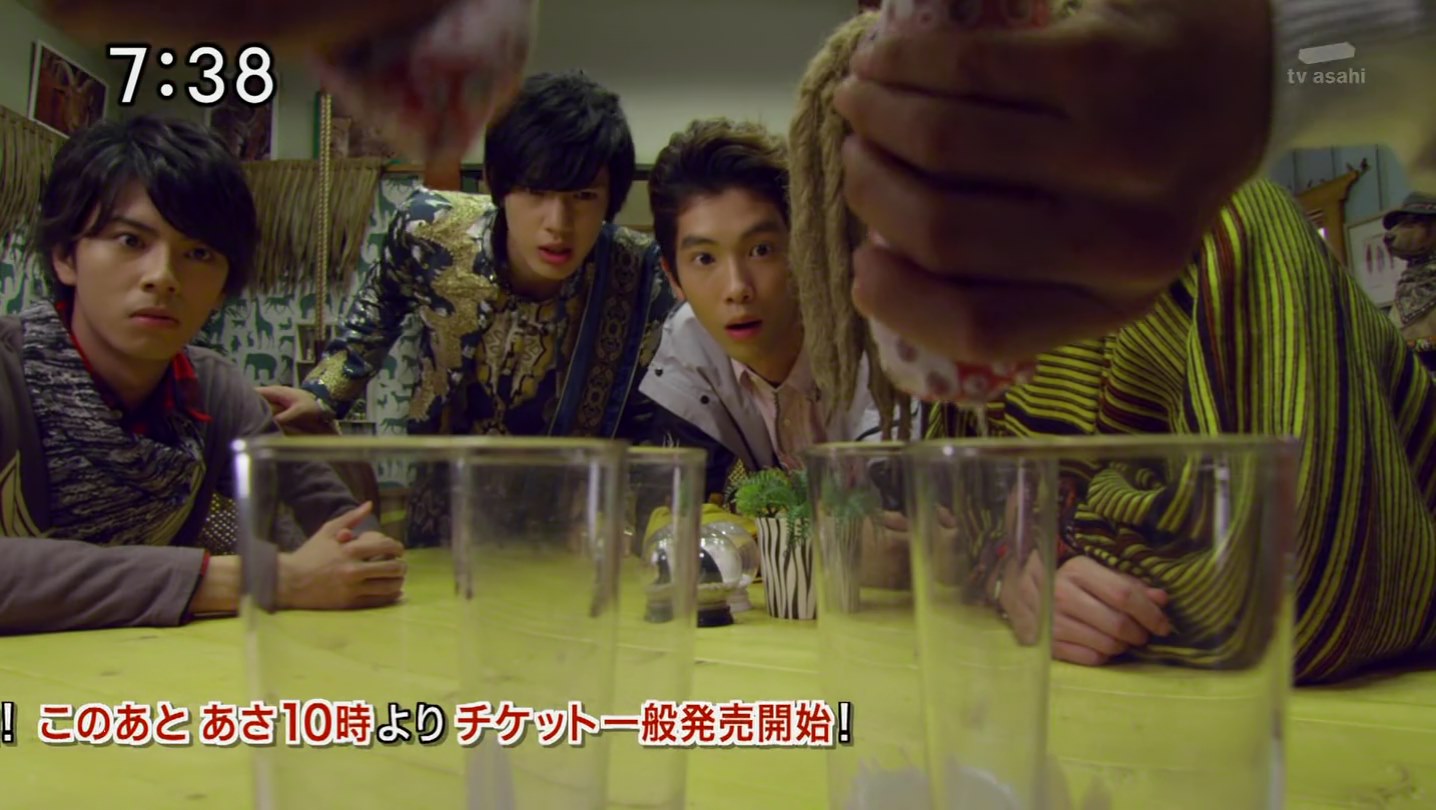 The guys are all at the treehouse and Uncle Mario offers them some milk from his own udders. Sela arrives home and tells the guys about Sela chasing after a hot guy.

Akira gets off work and Sela confronts him with the necklace. But her fin goes hard and Chefoodon appears at the construction site. Sela gets her Cube out to morph, but Akira steps in front of her to protect her from Chefoodon knocking her out. He gets knocked out instead as Chefoodon disappears. 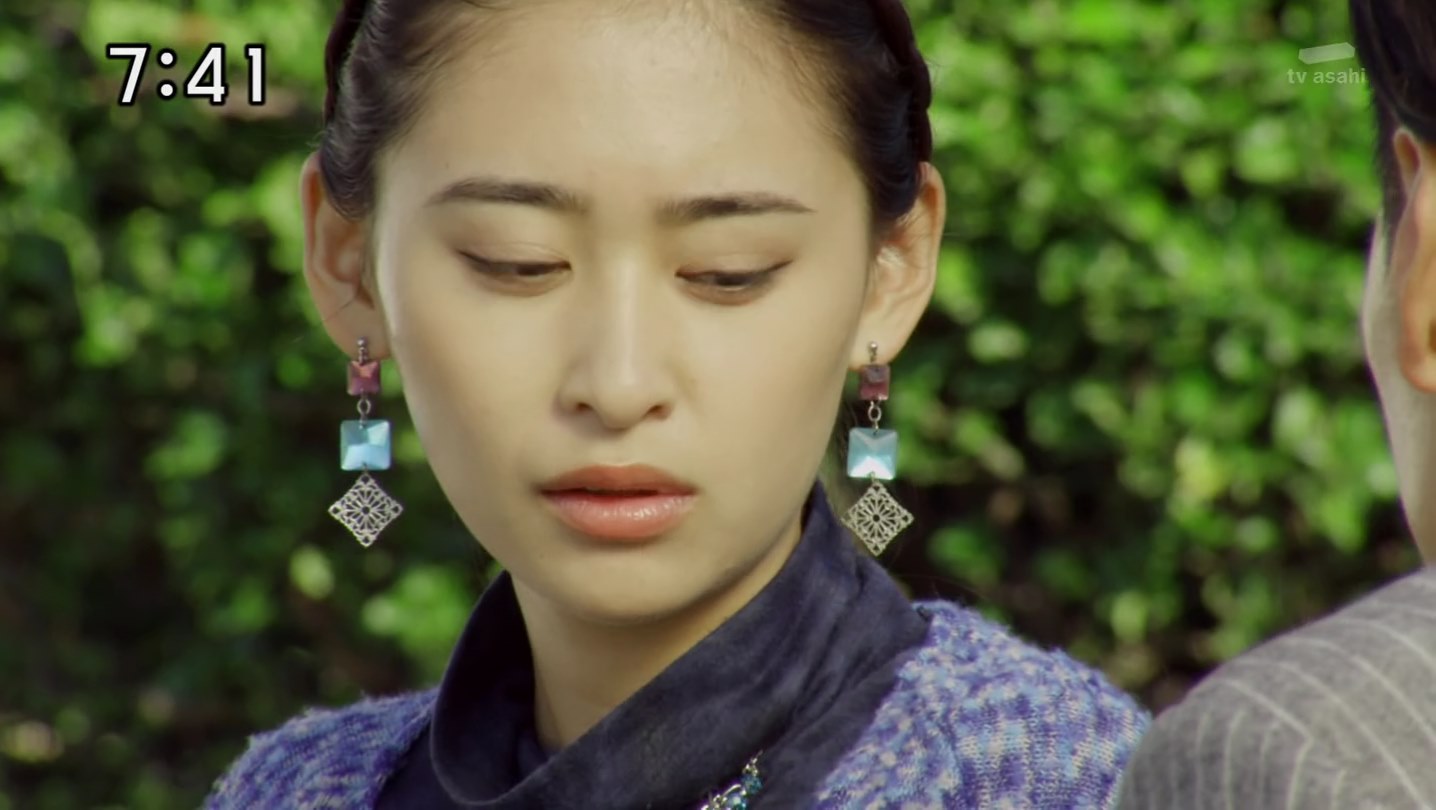 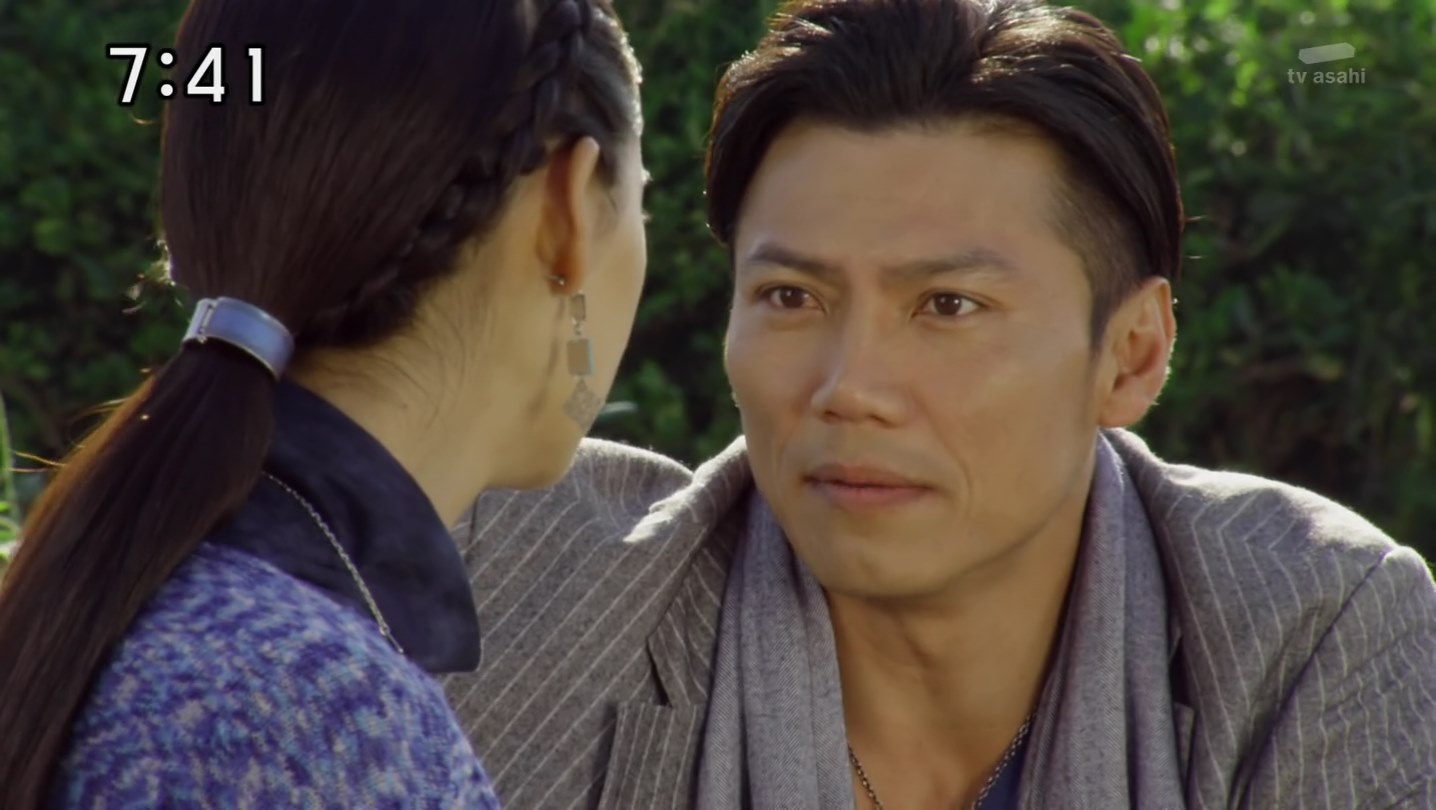 Akira wakes up and Sela asks why he would do that when she’s strong enough. Akira Rei admits he likes her. She feels very kilig.

Turns out Rei is the guy Cubaru materialized and has ordered to stir up trouble between the Zyuohgers.

After heading back to the treehouse in deep thought about her feelings, Sela heads back out and the others secretly follow her. Sela meets with Rei and they enjoy some ice cream, games and a merry-go-round. Leo wonders why she never agreed to go out with him. 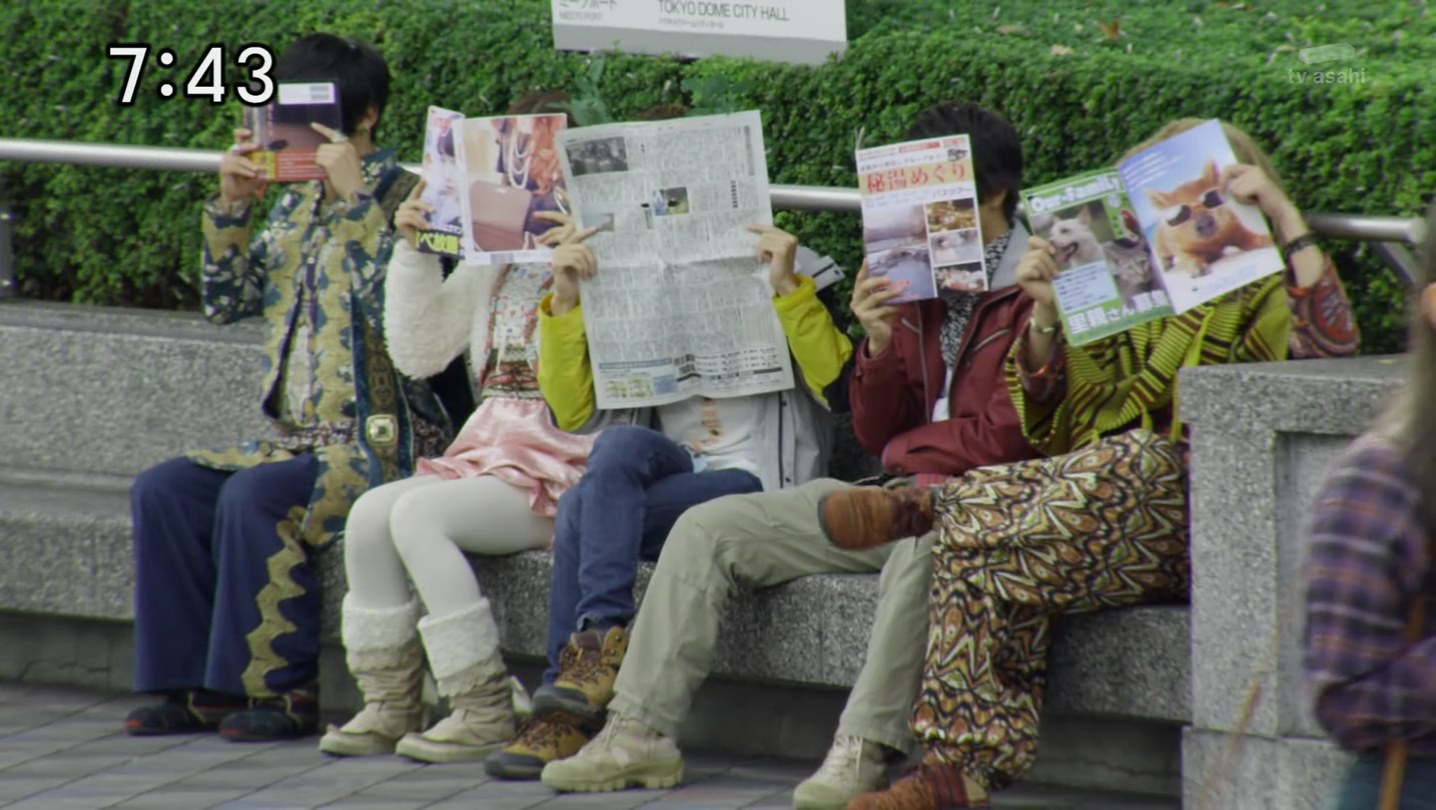 When Rei excuses himself, the others confront Sela. They tell her she’s making a big mistake, but she snaps back that they are being very judgmental.

Sela punches Leo in the stomach as Rei comes back and they leave together. He brings her up to a viewing deck to look out over the water. Rei says they are perfect for each other. Sela gives him back the necklace, but he says it really is for her. He puts it on her and is taken aback by how innocent Sela seems. He snaps himself out of it and asks her to be his girlfriend.

Chefoodon appears again and the others morph.

Sela gets the hard tail and excuses herself. She thanks Rei, but she removes the necklace and says she can’t leave her friends. Rei throws the necklace into the sea and admits what he’s been doing all this time.

Rei says he’s a con man who tricks women and was just ordered by a monster to distract her from the others.

“So everything has been a lie?”
Rei says yes. 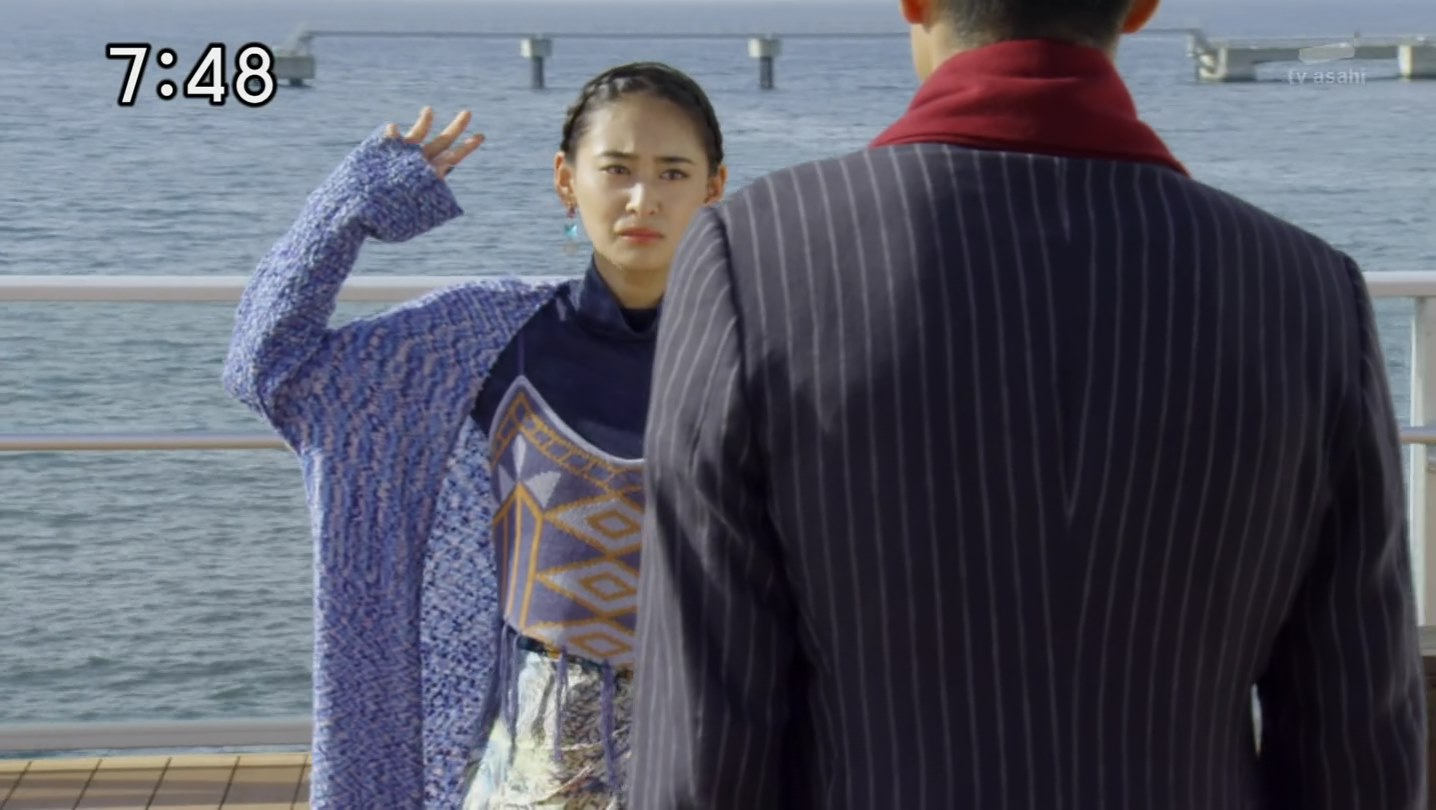 Sela goes up to slap him, Rei ready to take it. But she doesn’t. In tears, Sela runs away. 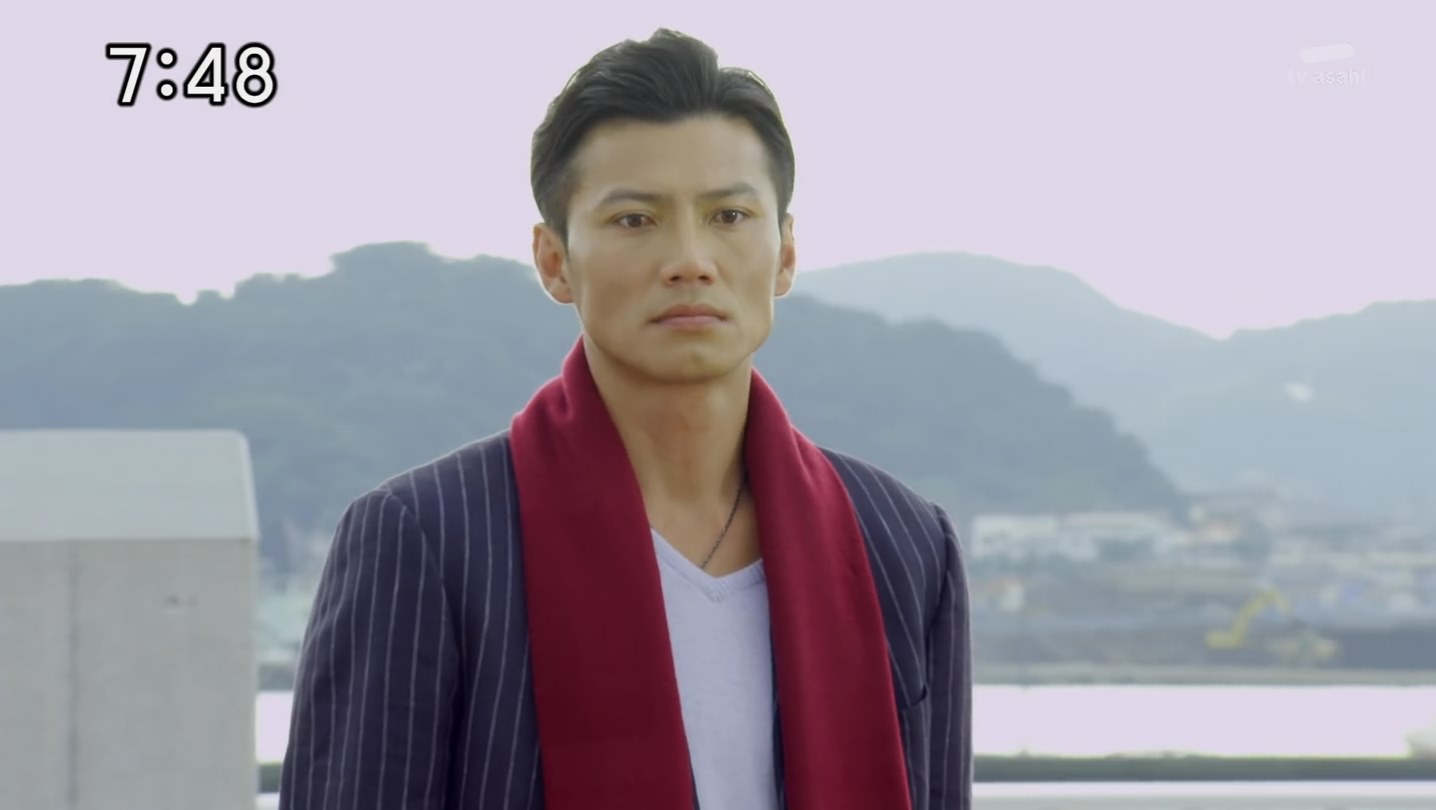 The others are getting sprayed with seaweed and mayonnaise. Chefoodon is about to hurl super calorie sushi at them, but Sela arrives just in time. She shoves a concerned Misao before apologizing to the others.

Sela morphs and attacks Chefoodon who retaliates with more high calorie sushi. But Rei suddenly jumps in front and takes it down the throat. He puffs up and admits he thought she was cute. Also turns out he had jumped into the ocean to retrieve the necklace.

Chefoodon knocks Rei into the sky. That distraction allows the others to attack, get him off his guard and deliver a Zyuoh Final.

Cubaru meets with Rei and asks why he revealed himself to Sela. Rei says Cubaru will never understand how humans think. Cubaru waves materializedRei away.

Back at the treehouse, Sela indulges in cake. Lots of it. The boys hide from her wrath, but she enjoys the cake and wears the necklace. 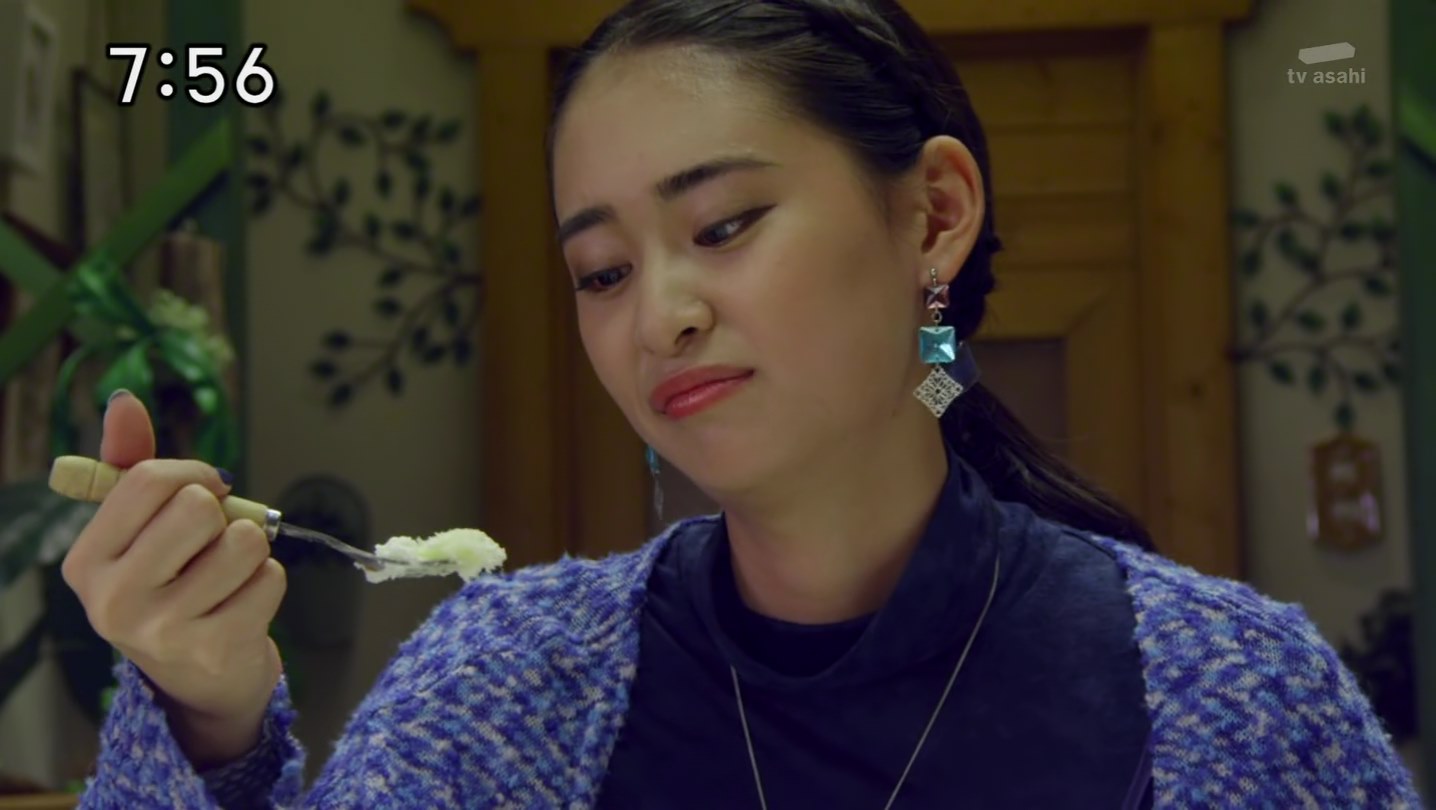 This was an okay filler. I should really stop expecting shows to start picking up when they’re near finales. I’ve only just been disappointed recently. lol

The good of this episode was seeing Sela kind of soften instead of her being all cold and crabby all the time. I guess being face to face with Hiroaki Iwanaga can do that ya. Hehe. It was good to see him though. I’ve been strangely missing OOO recently.

But the typical one-off romance plot was okay here and it did help Sela’s character a little bit.

Even more, this episode felt like a Cubaru-focus actually. He’s definitely gotten the most development out of the Deathgaliens. So I am assuming he’ll get the most of the story at the end.

Anyway, an okay episode. It not being absolutely offensive was good as well.