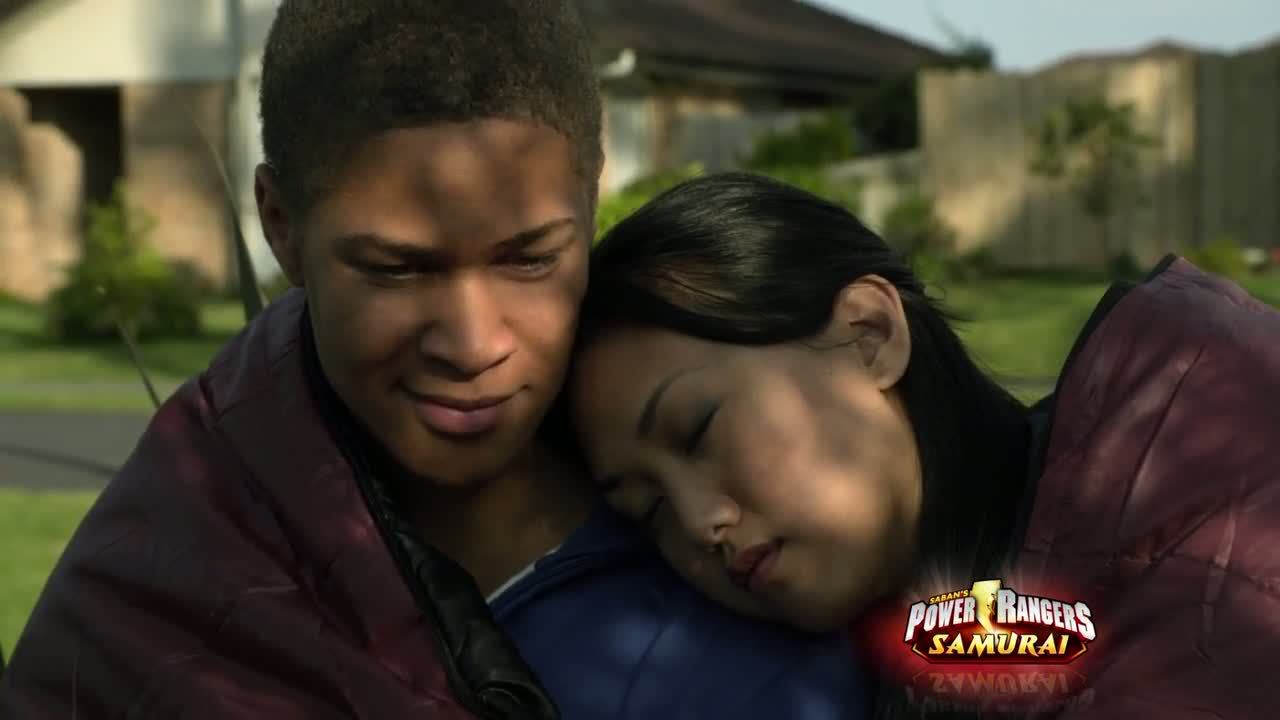 The arrival of the Nighlok signals the Gap Sensor at HQ and after Ji unfurls a digital map on the table, the Rangers are off. The boy runs away as the Rangers fight off the Nighlok for now.

Kevin and Mia go to talk to the little boy but he refuses to tell them anything. They decide to follow him to make sure he’s okay and they decide to stake out his house.

While waiting, Kevin tells Mia about his dream of being an Olympic swimmer and she realizes that’s why he’s been asking everyone if they were okay. He’s homesick. Mia tells him just like she’s only put her own dream on hold (we don’t know what it is), so can Kevin.

Mia decides to make a home cooked meal for him, but as Jayden, Mike, and Emily see, she’s not exactly the natural cook.

Mia takes the dinner to Kevin and they spend the night together on a bench across from the boy’s home. They wake up the next morning and follow the boy as he dumps all his baseball gear in the trash. They chase after him but the Nighlok appears. The boy asks where’s the thing he was promised in return for giving up his dream of being a baseball player.

Doubletone says he was lying about it all and the boy confesses the Nighlok promised to bring his dad, a soldier, home from the war.

Mia tells the boy to run off as they fight to finish off the Nighlok with the help of the other three. They destroy his life-sized version (first life in Shinkenger) and then zord up (with their “Folding” Zords) to destroy the super-sized (second life) version. 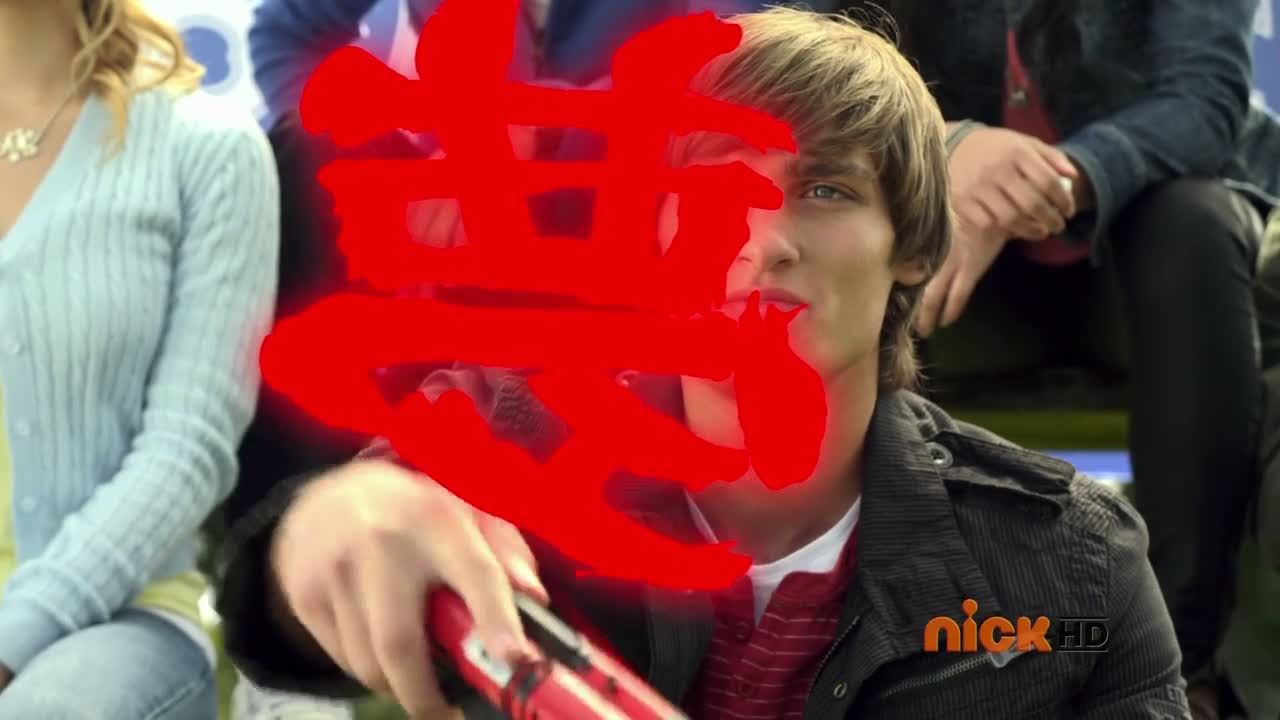 The Rangers go watch the little boy at the baseball diamond. His coach comes over and hands him all his equipment that had been saved from the trash by a nice garbage man. He suits up and Jayden decides to give him a little present. He uses the boy’s memory to create an image of his father for a few seconds which encourages him and he goes on to hit a homer (that hits Spike on the head).

Oh yeah, Bulk and Spike were in the episode too in completely out of place, random scenes.

The Rangers cheer, the boy is happy. Kevin and Mia decide to keep their dreams alive.

Episode Thoughts
Well, this was a much better than episode than last week, but then again it didn’t have the weight of being the premiere episode to a new era of a global franchise on its shoulders.

Unfortunately though, it was another almost direct translation of the source material with only a couple of tweaks from the original Shinkenger episode. For one thing, in Shinkenger, the Gedoushu (Nighloks) made the little boy jump off of scaffolding to break his legs (thus ending his baseball dreams) with the promise of bringing his dead grandfather back to life.

Of course, Power Rangers (in seasons not named RPM) has and will probably never get that brutal.

The puns were still everywhere and egregious. I think Power Rangers Samurai has diarrhea of the puns honestly. Puns even in zord battles? Come on now.

And Bulk and Skull Spike are completely out of place. Either integrate them more or what’s the point? Their screentime is completely unnecessary. Not to mention, incredibly annoying.

Some good things, they finally, though vaguely explain how human tears raise the Sanzu River though they didn’t really explain that the waters of the Sanzu are what keeps the Nighloks alive. They also haven’t explained or pointed out how Nighloks travel through gaps and crevices between the Sanzu and the human world.

The digital scroll on the table is a fun little update to the bells and manual scroll pullys in Shinkenger.

However, the acting is far from smooth and they’ve definitely got a long way to go.

And is “origami” such a foreign concept that they have to use “folding” instead?

I think they’ll have to start doing more original material to avoid comparisons because Power Rangers Samurai is just coming off as a poor man’s version.

And because of that, this weekly translation assessment…

Sentai or Power Rangers?: Sentai
Corresponding Shinkenger Episode: Act 4 – Nightly Tears of Sympathy / Compassionate Night Talk – River of Tears
Pretty much a direct translation with the obvious differences I pointed out above. But I prefer the Shinkenger episode mainly because it gave a little more backstory to Ryunosuke and Mako than Power Rangers did for Kevin and Mia. Shinkenger also didn’t have diarrhea of the puns.

Recap: Power Rangers Operation Overdrive, Episode 11 – “I’ll get the sandwiches around here, if you don’t mind.”