Supernatural 6.08 – All Dogs Go to Heaven

Crowley crashes Sam & Dean’s lunch and tells them he has a job for them. (“You’re not my boss, dickbag!”) Dean refuses, but Crowley touches Sam’s hand and it starts burning. (“I own your brother, do you understand me!?) They have no choice. Crowley says they bag the alpha werewolf and Sam gets his soul back.

Dean hates that they're working for a demon. He hates that he doesn't know Sam anymore, but Sam assures him that he's the same person, he's still his brother.

“What are the feds doing here?”
“Well, we’re specialists and they call us in to answer the questions of mouth breathing dickmonkeys.” 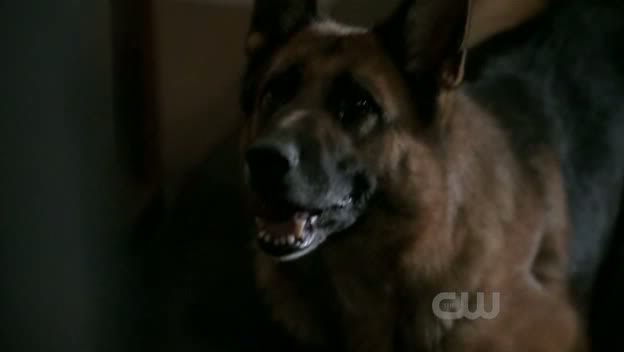 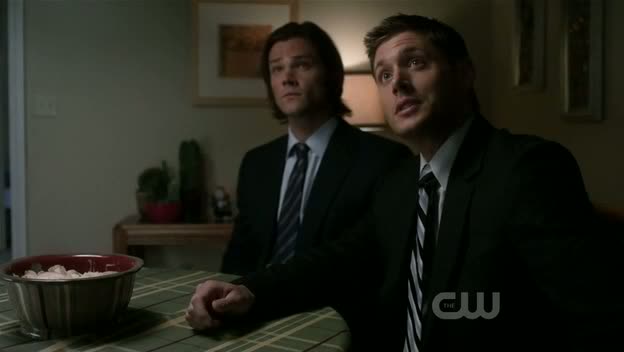 Sam’s found a common denominator with the string of werewolf murders. They head to a home, armed, and a woman with a little boy answers the door. She invites them in and her boyfriend, who the bros are looking for, comes staggering out as if he just woke up. “Cal,” the girlfriend, Mandy says, but it’s the dog, Lucky, that responds.

They question him about his nocturnal activities. The latest murder was his brother. Both him and his girlfriend especially are noticeably uncomfortable. The other victim was their landlord.

They follow Cal that night but they get nothing other than he takes his alcohol well. They decide to get some rest. When Cal gets ready to go home, Lucky walks up to him… and kills him.

Sam and Dean now think it’s Mandy. They go over to “shove her in the trunk,” but things aren’t adding up. While Sam is ready to hand her over to Crowley, Dean says she’s got an airtight alibi with having to take care of her sick son. Lucky’s got a look in his eye this whole time.

Dean goes to check out the crime scene while Sam stays to keep an eye on Mandy. That’s when he sees Lucky turn back into a man.

Lucky puts on some clothes and heads outside where he meets someone in the nearby park. When they’re done talking, he smells Sam and runs off, turning back into a dog. Chase ensues until Lucky gets hit by a van. The family takes the dog to a vet.

Back at the motel, Dean ponders calling Lisa, but doesn’t. Instead, Sam calls with all the news and they realize it isn’t a werewolf, but a skinwalker.

Sam and Dean go pick up Lucky at the vet and take him back to the motel. They tie him up and question him. Lucky says he’s only been protecting the family. He says he’s just one of many just like him who were turned from stray dogs into skinwalkers to get settled into families and then turn those families when given the signal. A sleeper cell, Dean suggests. 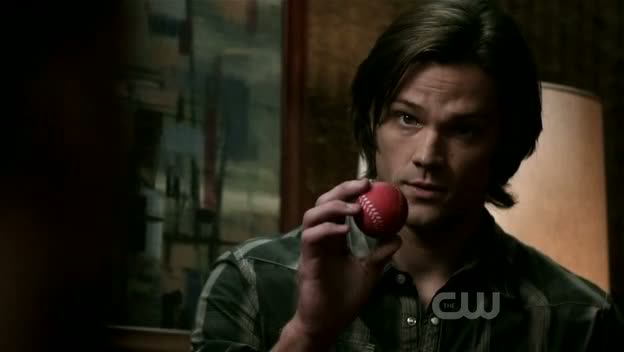 Sam teases Lucky. (His response: “Fetch this, dick.”) But Dean wants Lucky to help them and plays on his emotions for the mother and son to convince him.

Dean tells Sam they’ll take down the pack leader, but Sam wonders if they shouldn’t as to not anger Crowley. And maybe the pack leader could lead them to an alpha so they can exchange it for Sam’s soul. Dean can’t believe it.

“The truth is, I don’t know what you are, because you’re not Sam. I mean, it’s your gigantor body and maybe your brain but it’s not you. So stop pretending, and do us both a favor.” 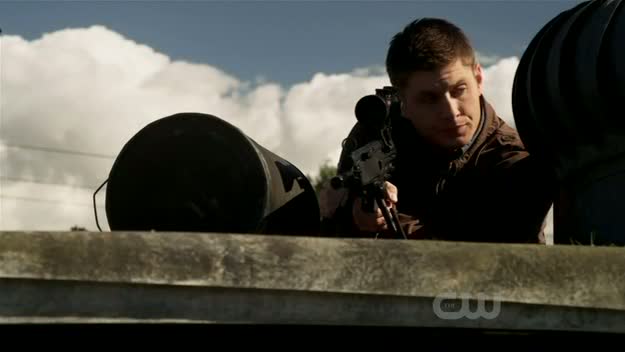 Sam and Dean have their sniper rifle set up as Lucky meets with the pack leader, who comes with an entourage… and Mandy and son. Dean can’t get a clear shot and everyone heads inside the warehouse. 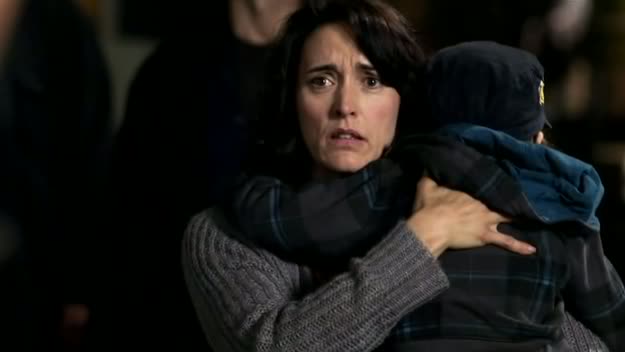 The pack is suspicious of Lucky and angry he’s been killing people without their permission. To prove his loyalty, they ask him to turn the mother and son right in front of them. But they all smell something.

Sam walks in and shoots as many as he can as Dean takes care of the others with his sniper rifle. Sam chases after the runaways, while Lucky takes Mandy and son to safety.

Sam and Dean take care of two of the stragglers. The pack leader’s right hand comes to take care of Lucky and shoots him once before Dean shoots him. Sam comes and sees Lucky on the floor, still a dog and looks to shoot him but he disappears before he reaches him.

Later, Lucky in human form, goes to Mandy and tells her how they’ve been the only family he’s known. He thanks her, but she tells him to never come to this house ever again.

He turns back into a dog and leaves.

It’s time for our Winchester Brothers Closing Emo Moment of the Week.

Sam tells Dean he was right. He’s not Sam at all. He has no feeling, he could care less about Lisa, Ben, or even Dean. He should feel guilty about killing innocent people in the line of duty but doesn’t. All this is completely different from the Sam with a soul. On one hand, this makes his job easier. Get the job done, no strings attached. But on the other hand, there were a lot of things he liked about having a soul, being the “old” Sam. So Sam decides he wants to go back to that one. That version.

Dean says sure. As long as he can get his brother back. 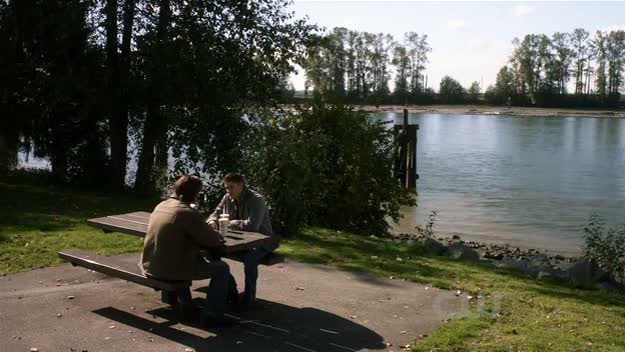 Episode Thoughts
A good episode, one of the rare episodes we get the monster of the week that we sympathize for and feel sorry for at the end. Solid episode all around.

The highlight… as it seems to always be, is our final scene which I’ll now officially call the Winchester Brothers Closing Emo Moment of the Week (WBCEMW?). Maybe because the last new episode of Supernatural for me was two months ago, it does seem like they haven’t really touched too much on Sam’s lack of feeling… anything. I’m surprised he still eats, though I guess the body is different from the soul right?

The last scene and really Dean’s continuing doubt highlights what a soul really means to a human. Hopefully they can touch on that more as the search for the soul continues.

6.08 – ALL DOGS GO TO HEAVEN
Miss the episode or want to watch it again?
Download it now on