Dr. Sayo is in the middle of a difficult surgery on a relative of Muryou. The other doctors say it is a hopeless situation, but that only makes Dr. Sayo more determined to save the patient. And she does. Her fellow doctors call it a miracle.

Back at the tree, the others marvel at Dr. Sayo’s skill. Shiguru seems to know a little about Dr. Sayo’s past and what drives her skill, but she stops him before he can say. 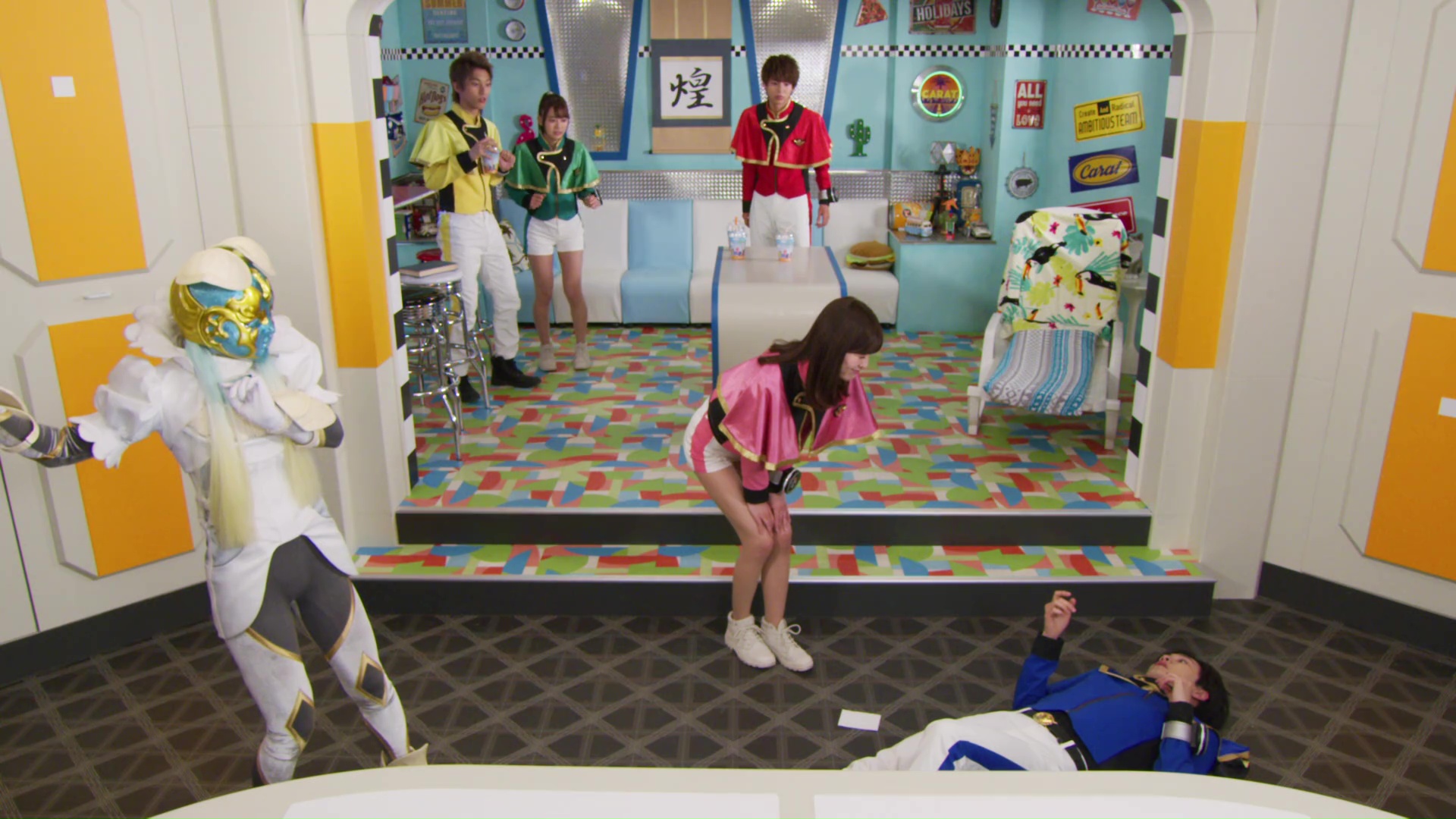 Juru picks up a photo that falls out of Dr. Sayo’s pocket, but before he can ask about it, they have to all head out when a Jamenju pops up downtown.

Digicam Jamen takes pictures of people who then suddenly disappear to a secret location. That will allow him to collect enough darkness to power up the Jamenshi.

The Kiramagers henshin and Digicam Jamen summons some Bechats. Shiguru and Sena get their picture taken and are also swept away.

Dr. Sayo takes on Digicam Jamen, but Garuza hits her when he arrives in his train. Digicam Jamen’s memory card is full, so they have to leave. Dr. Sayo grabs on to Garuza’s leg. He tosses her aside and she hits her head on a rock.

Juru and Tametomo hurry over to her and she appears fine. Except, she doesn’t recognize them and calls them Oniichans.

They head back to the coconut tree. Mach and Jetter cannot sense Sena and Shiguru’s Kiramental.

Dr. Sayo is terrified of Mabushina and of anything that scares her. Sayo says she is 5-years-old. Juru and Tametomo bring her to a doctor who says she is suffering from a certain type of amnesia that has erased her memories after a certain point. 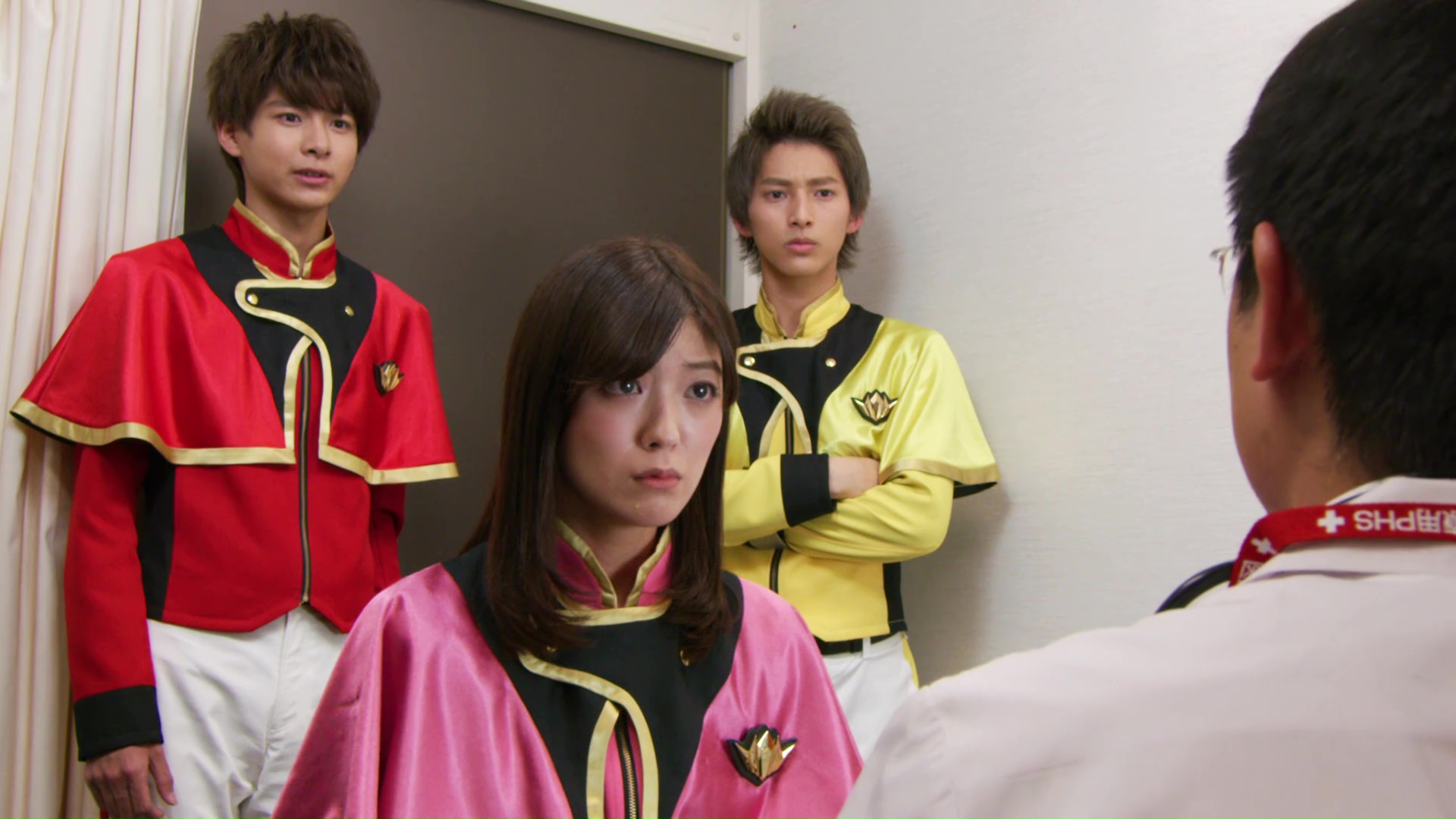 Unfortunately, there is no treatment for this and there is a possibility she might not regain her memories. 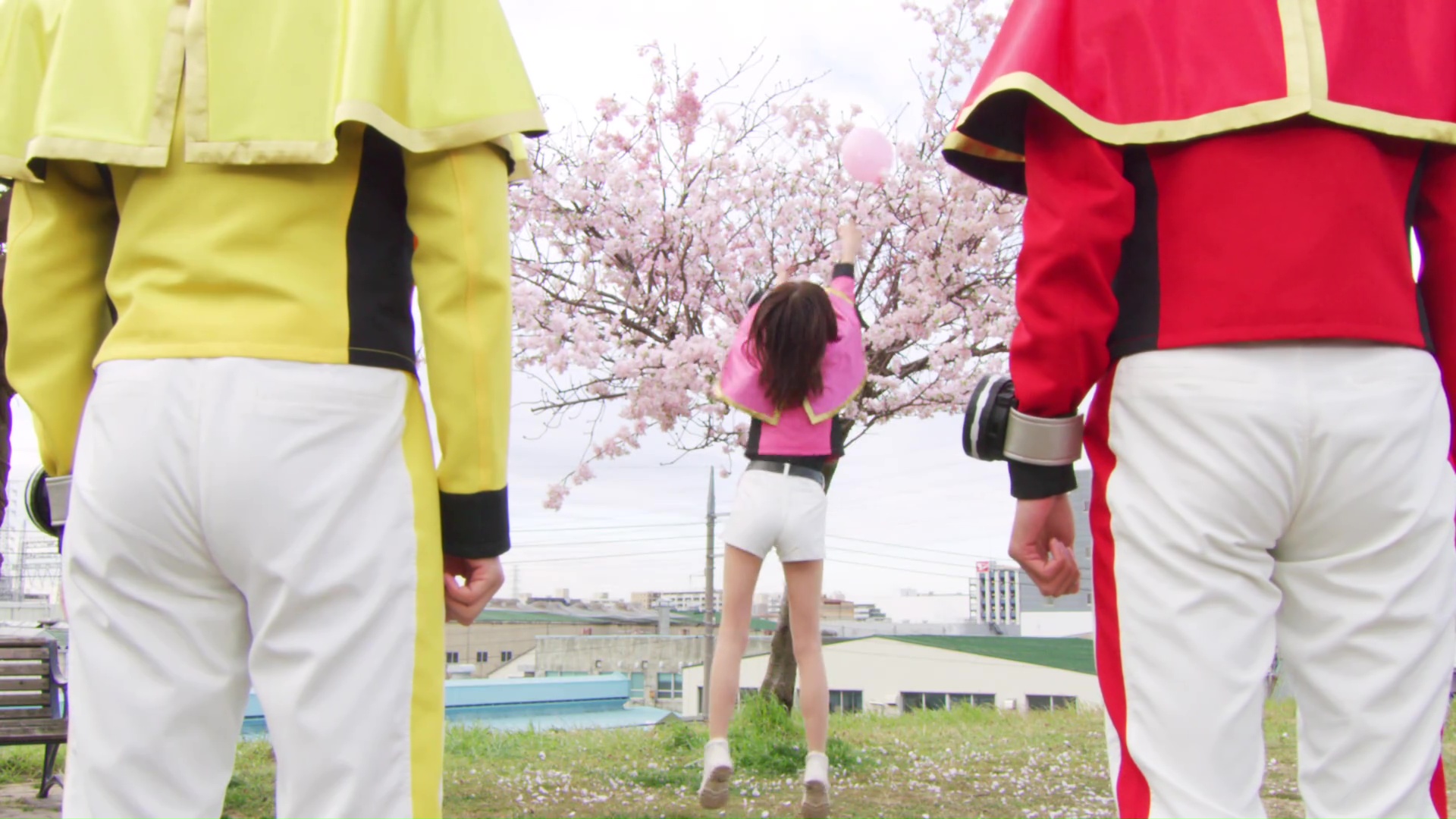 On their way back to the tree, Tametomo says Sayo won’t be able to fight in her condition. Juru wonders if there’s things only a 5-year-old can do though. But Tametomo reminds him that her Kiramental is very low.

Juru remembers the photo he picked up and asks Sayo about it. The man in the photo with her is her aikido sensei and they head over to his dojo.

Juru speaks with Daimonji-sensei who explains that Sayo had always been a crybaby. But one moment changed her. The dojo’s beloved dog Kotetsu had found its way into a nearby construction site. When everyone else said it was hopeless to save him, Sayo ran into the construction site to save Kotetsu herself.

Daimonji-sensei had scolded her for doing something so dangerous. But she had been so determined that she didn’t even cry. He believes that’s when she decided to become a doctor who saves lives.

Over at the tree, Mabushina says she can’t detect Shiguru and Sena’s Kiramai Stones. Usually, Mabushina can pinpoint the Stones’ locations like a GPS. That gives Tametomo an idea.

When the alarm sounds, he asks Mabushina to come with.

Juru and Sayo meet them where Digicam Jamen appears. Tametomo explains his plan. He will have his photo taken while he has the white Kiramai Stone fragment with him. That will allow Mabushina to track the location of where they are taken after being photographed. Then Juru will be able to attack and save them.

As soon as Tametomo disappears, Mabushina tracks his location and finds it is up in the sky. Juru uses Kiramai Vision to see they are inside the Cloud Hildon Jamenshi.

The only way they can reach it is in Helico. Juru asks Sayo to pilot Helico and save everyone. But she is afraid. She runs behind a tree and cries.

Juru says he knows Sayo cherishes life more than anyone else and believes in her determination, even now. He asks her if it is hopeless.

Digicam Jamen attempts to take a photo of Sayo, but Juru steps in front and is photographed instead.

Sayo picks up the photo. Mabushina steps forward to shield her from Digicam Jamen. But Sayo is determined and says this is not a hopeless situation.

Sayo runs out and henshins. Helico hurries over and picks her up. Sayo is a little childish with her attacks on the Jamenshi, but it works. They catch all the photographed people as they fall out of the Jamenshi and they are safely let down on the ground.

The Jamenshi comes crashing down on Digicam Jamen, destroying him instantly.

Juru high-fives Sayo who says she hates it when people give up on people’s lives.

They all henshin and hop into Land Mage and Sky Mage. They upgattai to Land Mage Lifton Rolland and are able to finish off the Jamenshi.

Back at the tree, they fill Muryou in on everything that’s happened. While Mabushina and Sayo are chasing each other around, they bump heads.

That returns Sayo’s memories and she’s back to normal.

Juru is a little embarrassed. But Sayo thanks him.

It was a very interesting focus ep for Dr. Sayo. I feel like it was a very simple episode and story, but it was still effective to give her some backstory and foundation as a character.

It wasn’t the most exciting episode, but it served its purpose well. They certainly could’ve played around more with Sayo being a kid or did a little more with her childhood.

It was definitely refreshing though that her regression to becoming a five year old had nothing to do with magic or something like that. She really did hit her head and there was a real medical explanation for it. Particularly interesting considering Sayo is a doctor herself. So that’s definitely different from what we normally see with plots like this.

But they established Sayo’s character well and how she was able to be brave and determined.

An alright episode. A little underwhelming, but good enough to do what it was meant to do.