Gangler Pyodor is able to escape the Lups when he uses his Collection Piece power to control his mind and make him obey any command such as not to follow him.

cap: Later on his way home from grocery shopping, Tooma stops a man from harassing another man into joining his dojo. But the dojo owner suspiciously uses the same power as Pyodor to control Tooma’s mind and make him join the dojo instead. 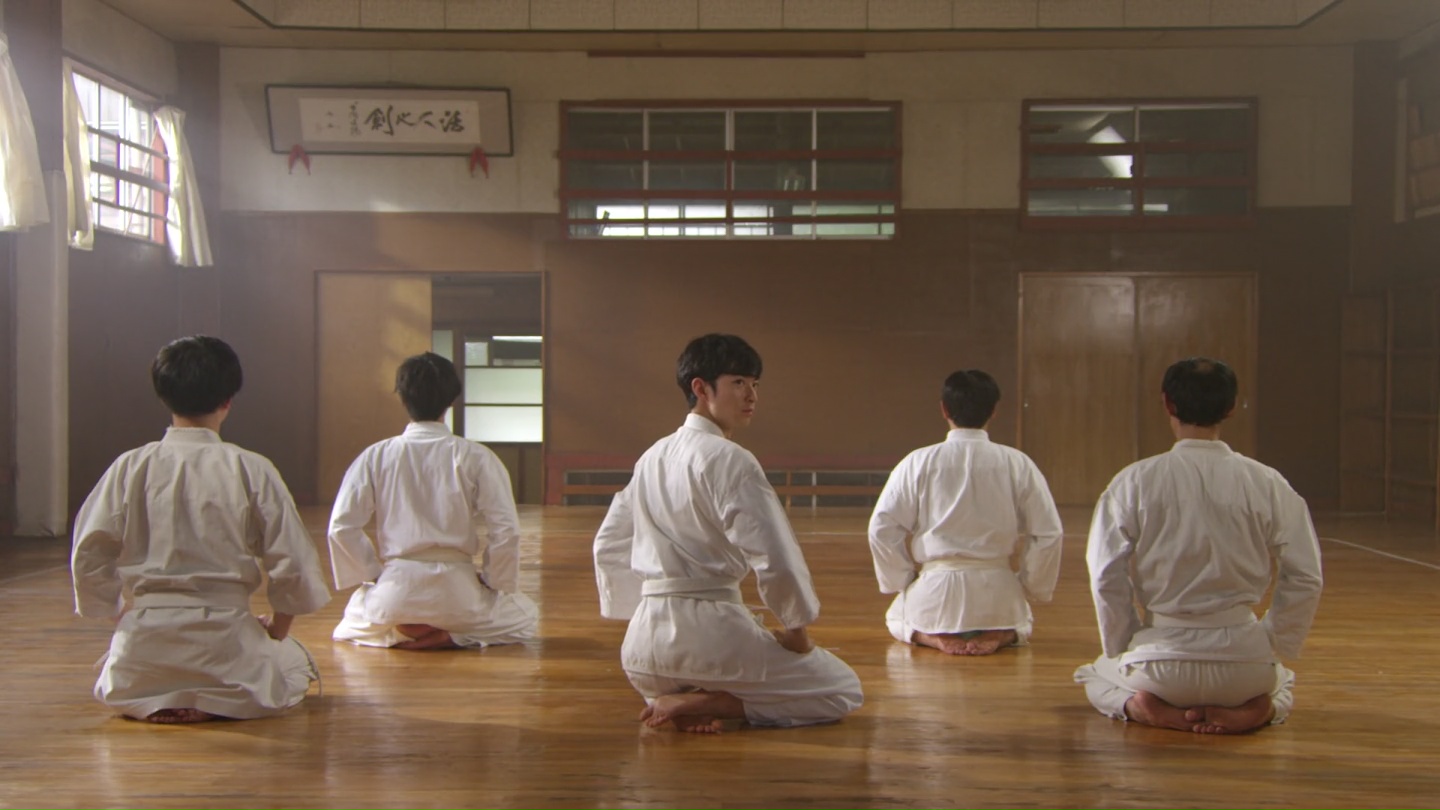 Tooma is unsure when he finds himself already dressed and waiting for the man, Master Oshi, to begin the martial arts class of five new pupils. Master Oshi warns them training will be difficult and the monthly fee very expensive. He then invites his assistant instructor to teach the basics. 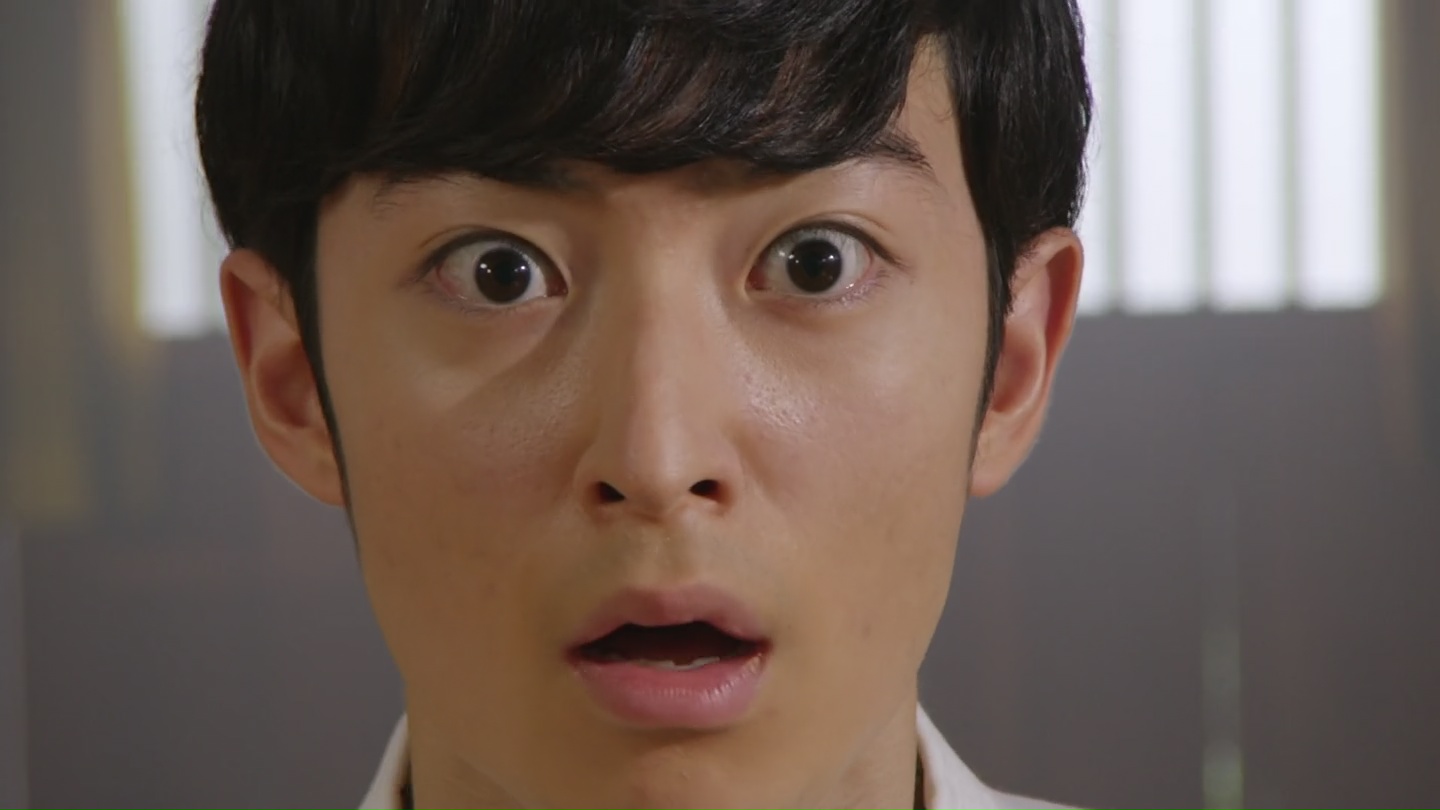 Tooma is shocked when the assistant trainer is… Sakuya?!

Sakuya is excited Tooma has joined the class as well and they quickly begin the basics. First, they jog in place before moving on to different moves and then whipping off their gis to reveal their colorful spandex underneath.

Tooma is starting to realize this special style of martial arts is merely… aerobics. Master Oshi can hear Tooma speaking in his head and uses the Collection Piece power to make him believe it isn’t aerobics. They continue the class. 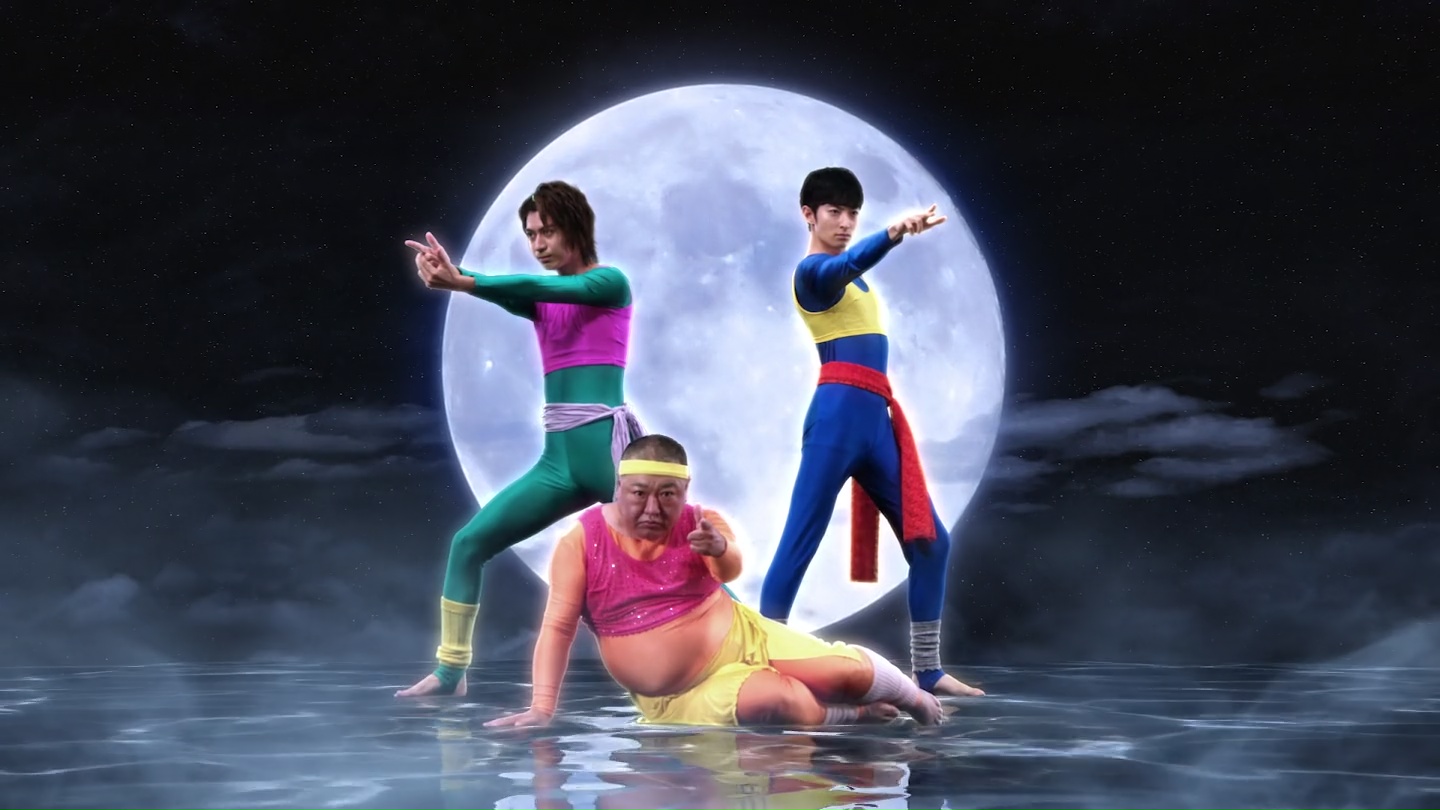 That evening, Tooma still wonders how he ended up in the class. Kairi says it’s alright since it can help him relieve stress.

At the next class, Sakuya invites Tooma out for tea so they can become closer friends now that they’re in the same dojo. Tooma accepts the invitation so he can dig deeper into the situation.

Kairi and Umika sit back and watch the two new friends enjoy their tea and cakes. Sakuya asks Tooma to call him “sempai” now that they are friends. Tooma reluctantly obliges, much to Sakuya’s excitement.

Sakuya says he joined the dojo three weeks ago and Tooma immediately thinks how odd it is for Sakuya to have become assistant instructor so fast. As they continue classes, Sakuya begins to annoy Tooma so much that he wants to leave the dojo. But Master Oshi uses the Collection Piece power to make Tooma stay.

Noel, Kairi and Umika decide the situation really is odd so they go to the dojo and are shocked to find Sakuya and Tooma doing their aerobics. Tooma asks Sakuya why he does whatever the Master says and Sakuya says he is very persuasive.

Master Oshi gets a call from someone and later asks to speak privately with Sakuya. He wants to deliver a box of treats to the GSPO, but it’s actually a bomb. Tooma peeks through the door as Sakuya hears the ticking inside and wants to open and see. But Master Oshi uses the Collection Piece power to stop Sakuya from doing so and tells him to go straight to the police station.

Tooma sees the Gangler safe glow and realizes what’s going on. Kairi, Umika and Noel pop in and can’t help but chuckle at Tooma’s appearance. Tooma is embarrassed.

But Tooma, disguised as a kaitou, stops Sakuya and swipes the box of treats. Sakuya chases after Tooma who throws the box at the dojo as it explodes.

Master Oshi comes running out and reveals his Gangler form. He was Pyodor all along.

Keiichiro and Tsukasa arrive thanks to a tip from Noel. Sakuya morphs and they battle with Pyodor. But Pyodor is too strong for them, especially with his Collection Piece power. Tooma flies in to take Pyodor’s Collection Piece, taking the mind control power out of play. The Lups morph, battle Pyodor and deliver finishers at him to take care of his first life. Goche embiggens Pyodor and Good Striker flies in.

Tooma asks Good Striker to work with the Pats this time so Sakuya can get his revenge. The Pats hop into PatKaiser and Keiichiro asks Sakuya to put his new martial arts skills to good use. Sakuya stands in the front and does his aerobics which unfortunately are of no good use in this situation.

The aerobics allow Pyodor to slash at PatKaiser’s knees. Noel decides to hop in X Emperor. This gives Sakuya time to realize he was being played and that lights a fire in him. He takes over the center console and asks Keiichiro for Crane and Bike VS Vehicles to form PatKaiser Strong Biker.

Sakuya leads the Pats in finishing off Pyodor for good, but he still feels horrible for what’s happened. Good Striker, Keiichiro and Tsukasa try to cheer him up. 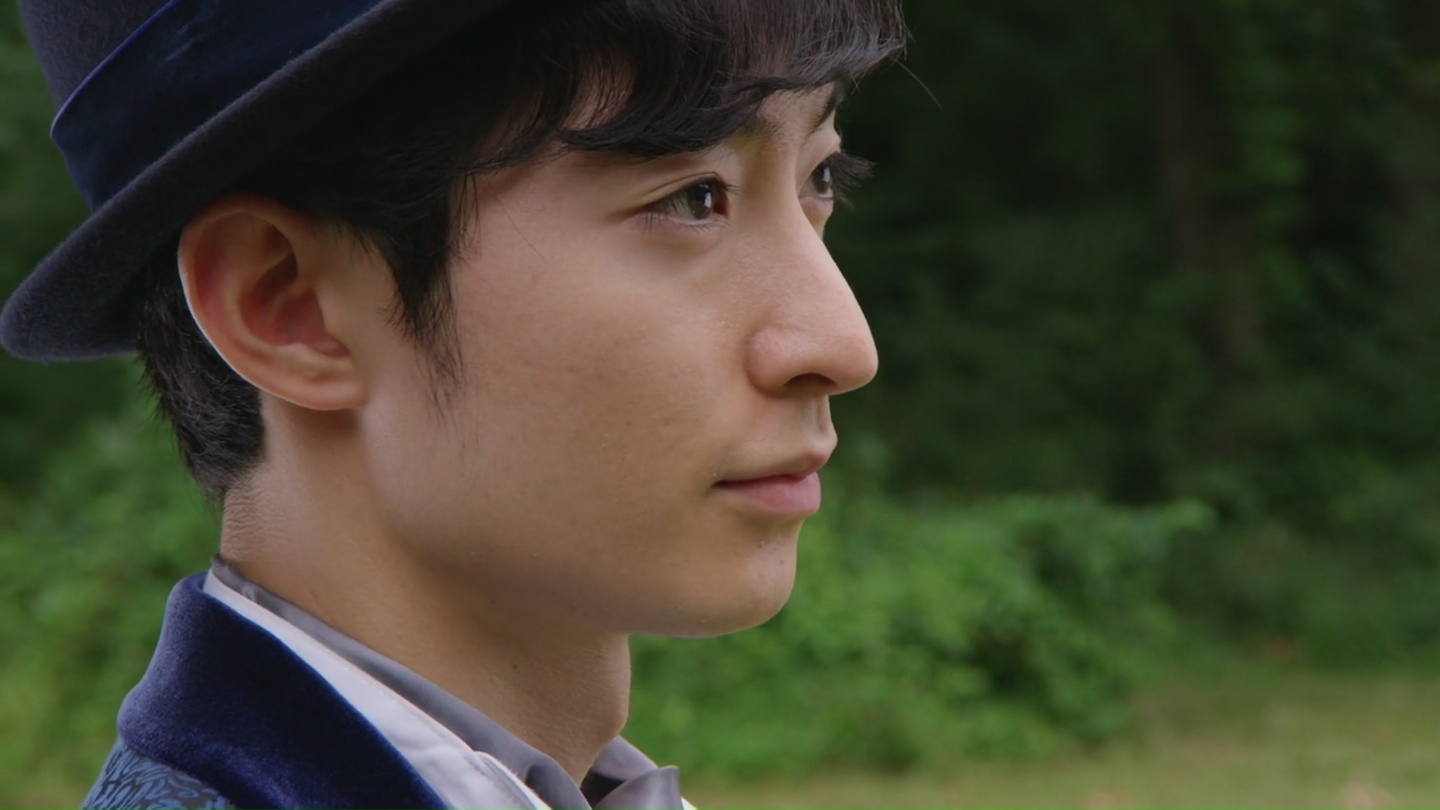 From the ground, Tooma acknowledges that he and his sempai were able to get back at Pyodor. Kairi and Umika say Tooma and Sakuya make a pretty good combi. They then proceed to tease him for the aerobics.

So this might have been another filler episode like last week. But the difference was this was actually pretty fun. I think for the most part this season, the episodes where we get Lup and Pat interactions between individual members have been alright. Sometimes great.

And here, it was pretty fun seeing the contrast between Tooma and Sakuya play out during the episode. And it ended with the truly nice moment of Tooma sincerely calling Sakuya “sempai” after they were able to get revenge on Pyodor for making them do aerobics in skin-tight spandex. (Though interestingly, still not as tight as Chase’s pants in Kamen Rider Drive. lol)

With all these moments of the Lups and Pats seeing each other in different and more positive lights, it’s almost as if the two teams are going to join forces (as equals!) and team up one day in the future! Imagine that! lol

Anyway, the aerobics stuff was absurd enough to be amusing. But it served as a nice way to get Tooma and Sakuya together and really play around with their almost opposite personalities.

Elsewhere, it was nice to see Sakuya in the middle in the cockpit this time. They should do that more often. They established that Good Striker can swap people in and out whenever he wants. So why not have Tsukasa or Umika in the middle sometimes and take the lead. It’s also happened in other seasons as well, but not so much this season.

Overall, a fun filler episode. Much more enjoyable than last week. But let’s get on with the story I think.