Mayu vows to expose her father, but Takeru tries to get her to calm down. Mayu says Takeru is very annoying and wishes Uncle Shinozaki were her father instead. Takeru says she shouldn’t say things like that.

Mayu is jealous that Takeru has such a great father. He says that even though he’s dead, he knows Dad is watching over him even now. 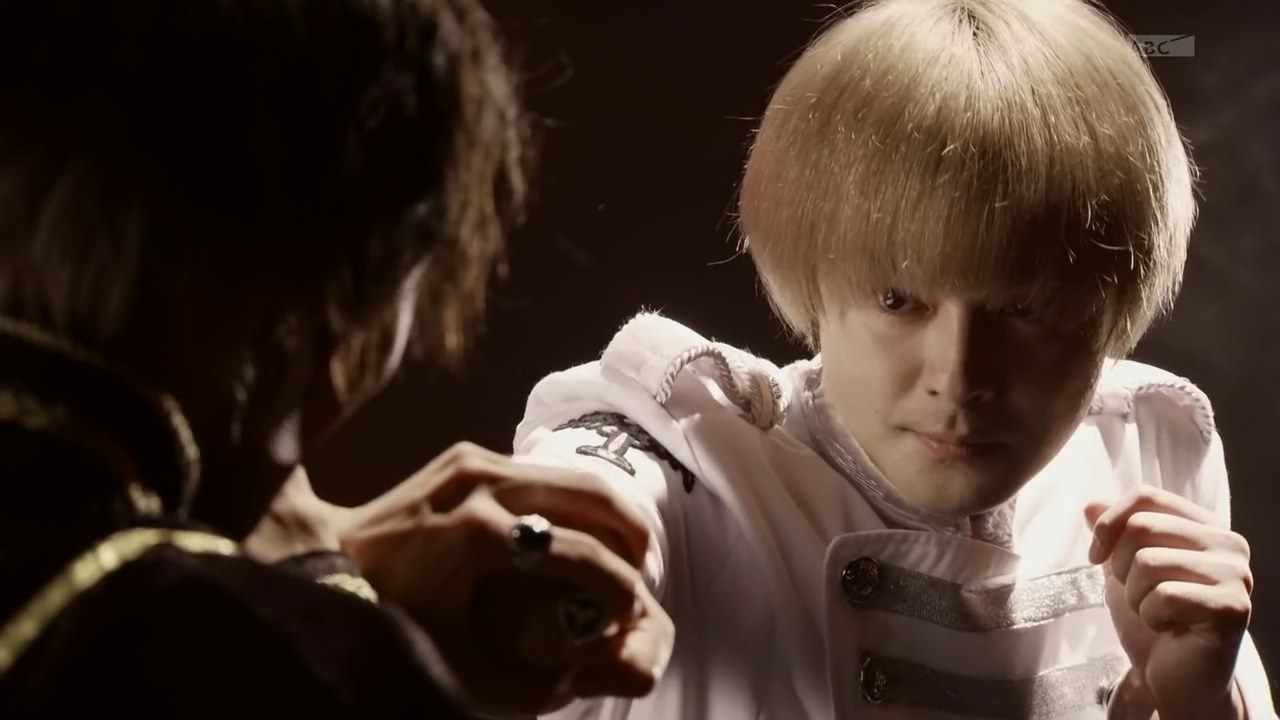 Takeru’s words prompt Alain to flash back to a fun sparring match with his older brother. He remembers his dead father and tells Mayu that even if she doesn’t like hers, as long as he’s alive, they will have happy moments together.

Makoto thinks about his own father being alive, but they have no idea where he is today. Kanon believes their dad had his reasons.

But Grampa Sennin has his own flash back to Fukami Daigo, Makoto and Kanon’s father, being killed by a Ganma. “You deserve better than death.”

Anyway, the Gang has to get back to finding Mayu’s father. 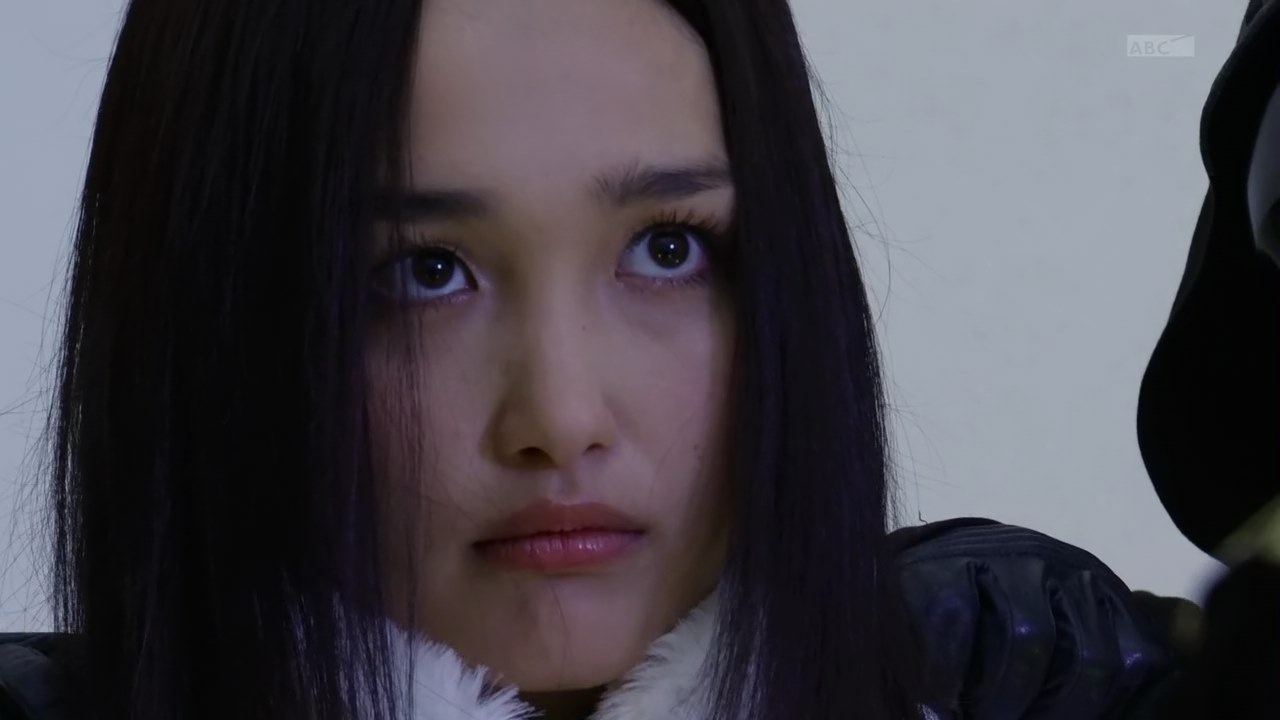 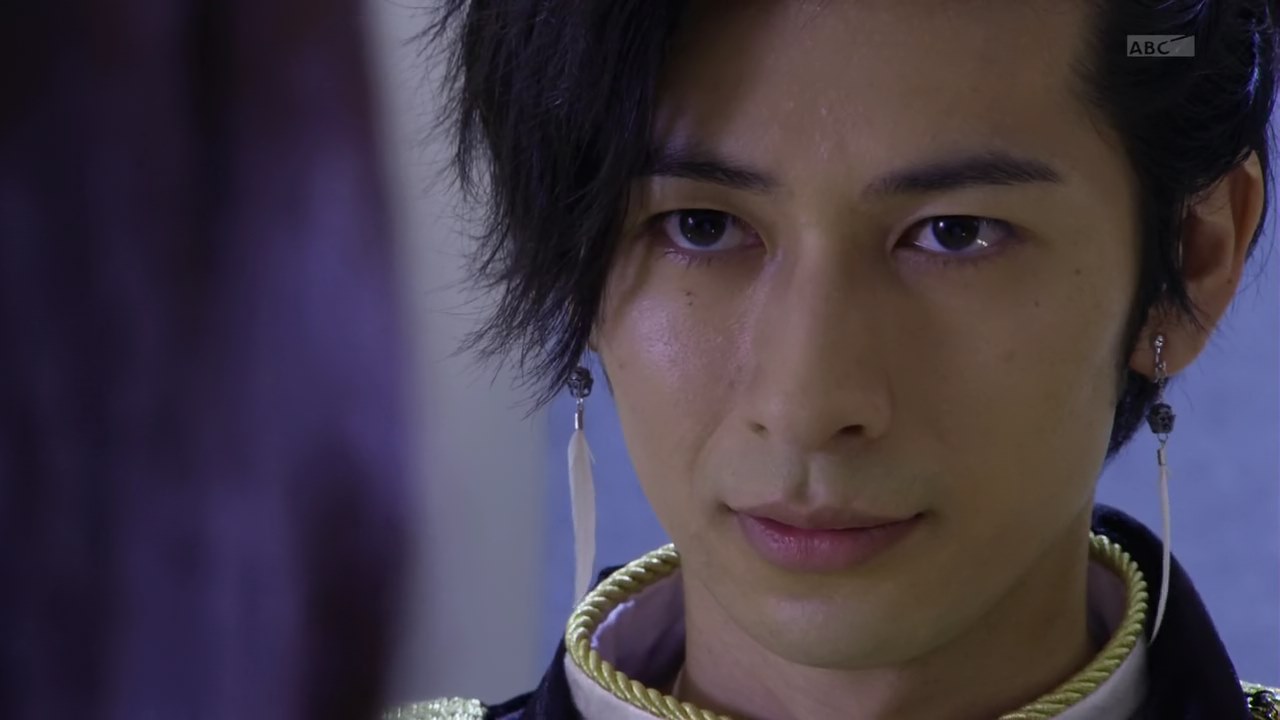 Over in the G World, Aria thankfully wakes up in her capsule, but base Ganma immediately take her to her brother.

Adel wants her to stay by his side so she can watch him accomplish his goals.

Downtown, Mayu and Takeru explain what’s going on to Uncle Shinozaki. Mayu thinks her father might be at Mom’s favorite viewpoint spot so Uncle goes to see for himself.

Mayu is still intent on exposing her father which saddens Takeru. He asks if she really hates him and relates a saying Onari always says: “The answer is in your heart!”

Mayu runs off to find her father.

Uncle has found Mayu’s body, but it’s definitely more Ganmaizer than Daddy. The Ganmaizer attacks, but the crab Ganmaizer appears at the same time. Takeru and Makoto think the attack came from the crab, so they both henshin and fight him.

But Mayu realizes the crab is actually her father so before the guys can kill him, Mayu runs over to try and stop them.

Their bad shot instead forces the three souls to return to their true bodies.

Uncle runs off scared. Dad decides to run off to finish what he had been working on, much to Mayu’s disappointment. The Ganmaizer disappears.

For anyone who didn’t understand, Akari explains exactly what happened. Except for who attacked the informant at the warehouse.

The answer to that question is actually Uncle Shinozaki. And dad knew it all along. Uncle is the traitorous leak. Everyone arrives just in time as Dad confronts Uncle.

Dad as the crab was able to hear everything. Uncle admits it as he falls to his knees. But Mayu still hates her father. Why would he neglect her and her mother just to happily expose his best friend?

But it’s not like that, Takeru says. And indeed, Dad laments over he and Uncle’s vow to protect justice together.

Just like Mayu was intent on exposing her father, Dad was also resolved to expose his best friend even though it would be a hard thing to do. Billy the Kid sucks Takeru in for 2 seconds to agree and say it takes courage to do that.

The crab Ganmaizer arrives and sucks Dad in to analyze him some more. Takeru, Makoto and Alain henshin and they fight the crab.

To combat the double Ganmaizer’s powers, Billy the Kid suggests Takeru enlist him, Musashi and Edison’s help. Takeru goes Grateful and the luminaries pop out. They neutralize the crab’s powers, force the release of Dad and allow the guys (with a Mugen’d Takeru) to destroy the slabs for good.

Mayu pretends to still hate her Dad, but she’s actually softened up and she drags her now-willing father to commemorate Mom’s death anniversary.

Makoto, however, is still pissed at the absence of his father. 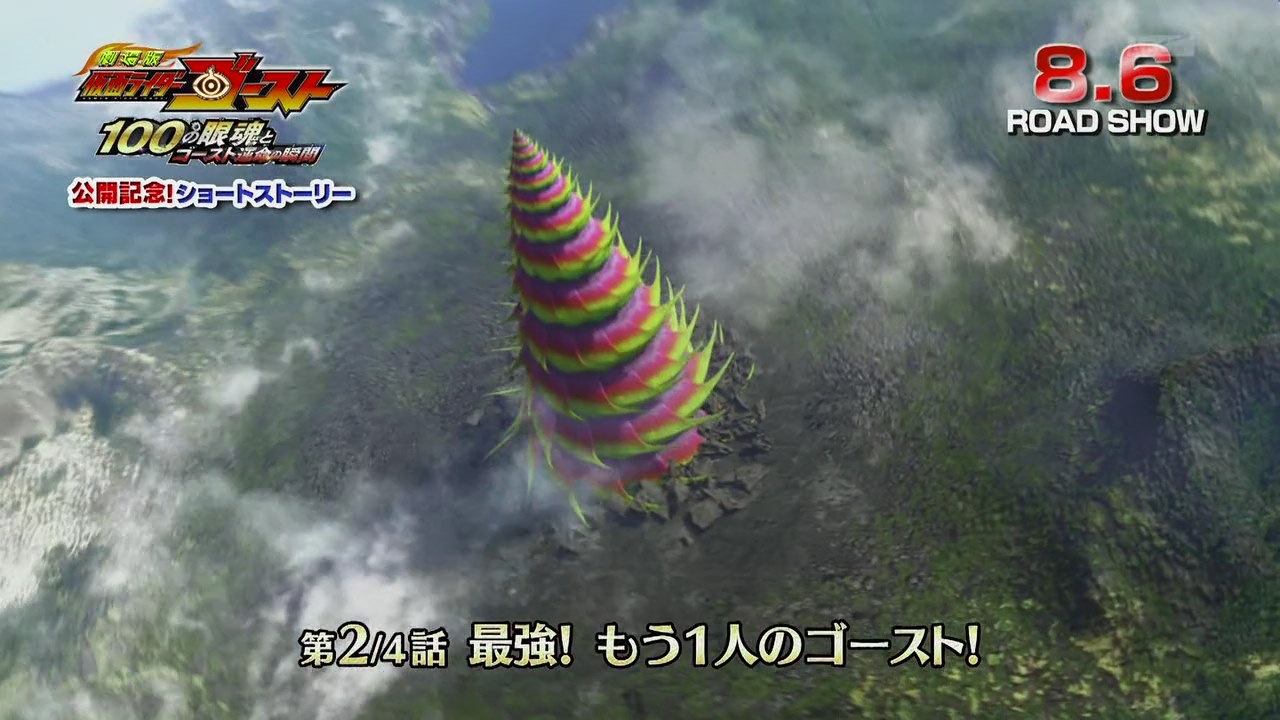 Speaking of, a mysterious man walks through the forest holding a Zero Specter Eyecon and walking towards a strange colorful flower tower thing.

Which apparently has to do with the movie. In Part 2 of the miniseries, we see Grampa Sennin giving Argos-niichan a driver. But Papa Fukami is also there and promises he will guide Argos.

Grampa Sennin thinks his plans have gone astray. It’s a mishmash of stuff.

I don’t even know really. They’re introducing movie plot points in-series and it’s all confusing and random. But at the same time, we’re seeing more of Sennin’s true? character in these two minisodes so far than in the entire season. He’s got plans and he’s putting them in motion.

But whatever, that’s not important right now.

What is important is Aria lives to get more days of fierce walking through dark corridors. Woohoo! I’m not surprised that she’s actually alive, but I’m definitely happy. Now how about we actually learn about their family, or is that supposed to only be revealed in the movie? Ugh.

The conclusion to the case of the week was kind of a letdown. It was fun and interesting last week, but I felt like they just rushed through it this week. It was definitely predictable, but I feel like they just completely dropped any tension or excitement from the plot.

They even shoehorned that Billy the Kid visit to try and connect the moral of the story to another luminary, but it felt so forced. And the fact that it was only a few seconds visit, the shortest so far, proves that.

The flashes of Argos and the introduction of Makoto/Kanon’s father, again, are weird because I’m not sure if they’re supposed to play a big part in the final stretch of episodes or are they really just seeds for the movie? It’s very awkward.

I wish we got to see more of the crab Ganmaizer. It was fun and seeing it scamper away all the time was amusing. Plus, the suit actors (I assume two of them) deserve mad props. Great work.

Anyway, this episode was kind of a letdown after last week’s promising ep. I’m starting to lower my expectations with this final stretch of episodes from my original hope that things get amped up for the finale.

Recap: Kamen Rider Saber, Chapter 24: On My Father’s Back, He Carried the Future.