: FIRST IMPRESSION REVIEW
Full recap, so plenty of spoilers of course. Review at the bottom.

Lightspeed Rescue. Wild Force. Mystic Force. SPD. Jungle Fury. RPM… a whole army of past Power Rangers and even some unfamiliar Ranger-like suits charge against an even bigger army of footsoldiers.

Turns out it’s just a dream. A school bus driver tells red-shirted Troy, the new kid, to wake up and hurry off to class or he’ll be late. “Weird dream,” he says. No kidding.

In the classroom, Mr. Burley starts off the first class of the year by asking the students, Which species will outlast all others on Earth. 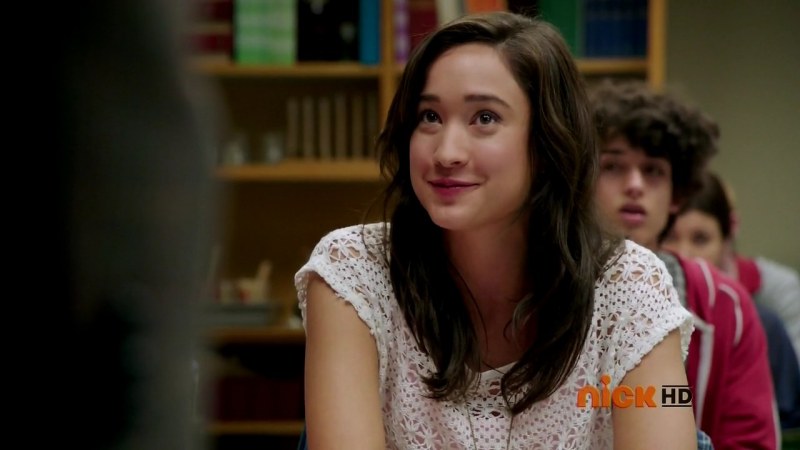 Pink girl, Emma, raises her hand and says insects will survive all the bad stuff humans are doing to Earth. They have a lot of legs, thus will be the last ones standing. 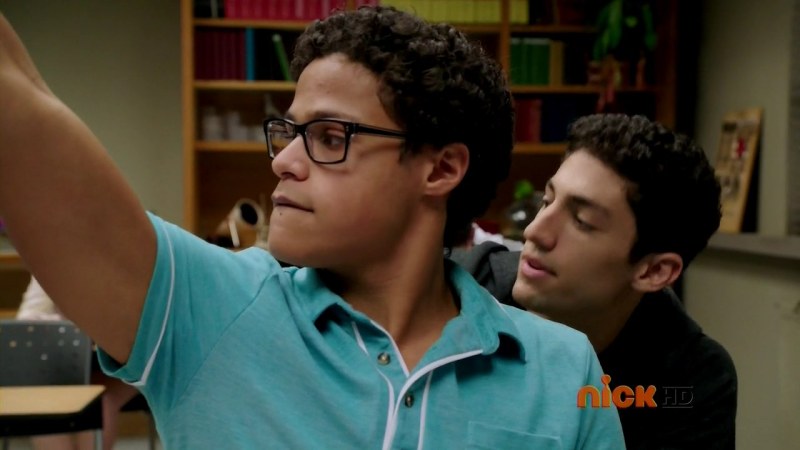 A bespectacled blue-wearing Noah has another idea; Robots powered by perpetual motion engines. Yellow in a leather jacket Gia pooh-poohs the thought since robots aren’t even a living species. Black hoodie Jake swoons.

In walks Troy and Mr. Burley poses the question to him. Troy responds that humans will. “If humans work together, we can overcome anything.” 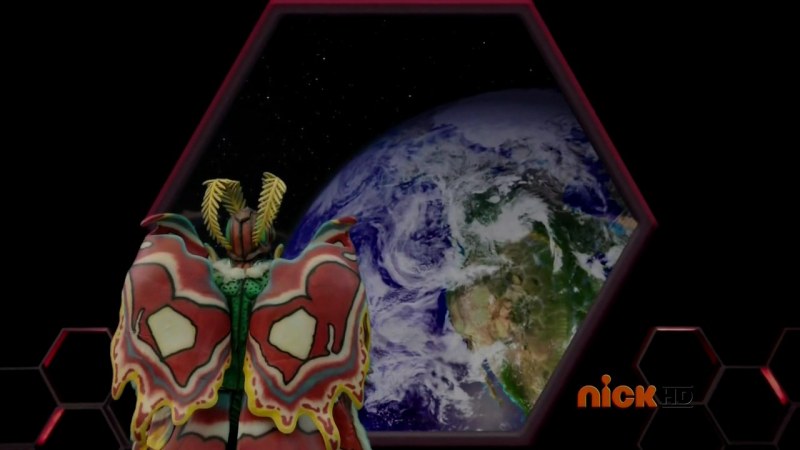 Meanwhile, Admiral Malkor is on his ship and talking to Creepox who has been surveying Earth. He says humans are no match for them and will have an easy time of taking over the planet.

Back at school, classes are over for the day and Emma tells Gia she’s heading to the forest to watch migrating monarch butterflies. Then she’ll join her at Ernie’s Brain Freeze after. Jake stares at Gia as she leaves and hurries Noah up so they can creep on her some more.

Vrak has joined Admiral Malkor on the spaceship and both are looking forward to taking over Earth. Fly over to a cave near by the water and a small robot, Tensou, is awakened by Gosei, a face attached to the rock wall.

Gosei orders Tensou to find teenagers with talent and attitude so they can form a new team of heroes to defeat the aliens that have just arrived on Earth. 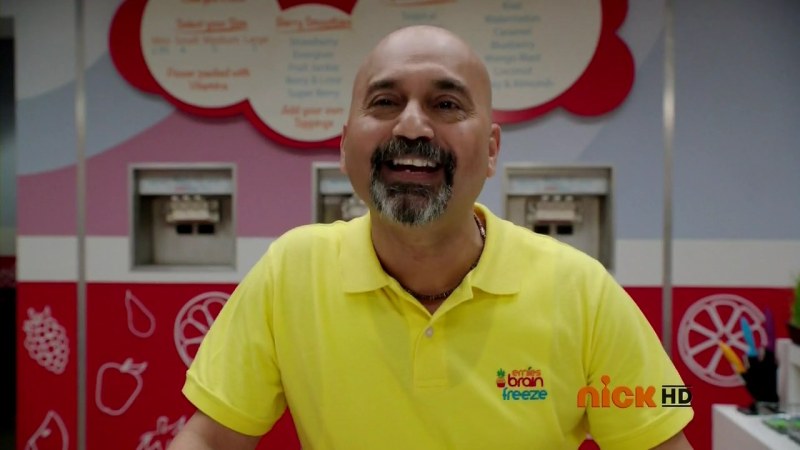 Over at the mall, Jake and Noah walk in to Ernie’s Brain Freeze. Jake tells Ernie they’ll have three of their usual, one extra for the “pretty girl in the corner.” Somewhere in the forest, Emma takes her camera out to take pictures of the butterflies.

Suddenly, she sees Creepox who senses her presence.

Back at the mall, Ernie hands the boys their ice cream and Jake hands over a $20 bill. Suspicious Ernie makes sure it’s real cash when suddenly, Gia then Noah and finally Jake get teleported away. 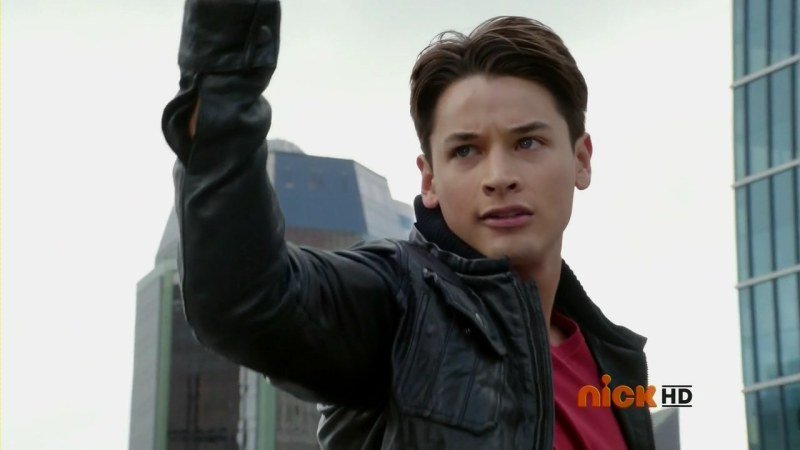 On the rooftop of some building, Troy is doing some martial arts when he too gets teleported. 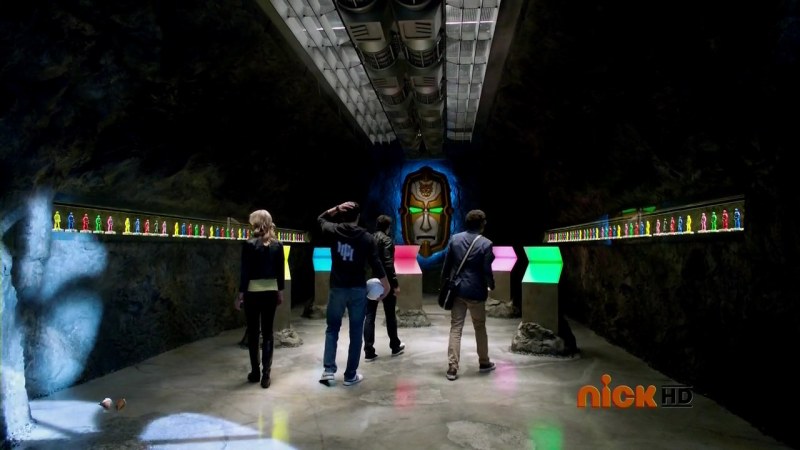 The four teens get dropped into the dark cave where Tensou greets them. The lights are flipped on. Troy notices the Ranger Keys on the wall and recognizes them from his dreams. 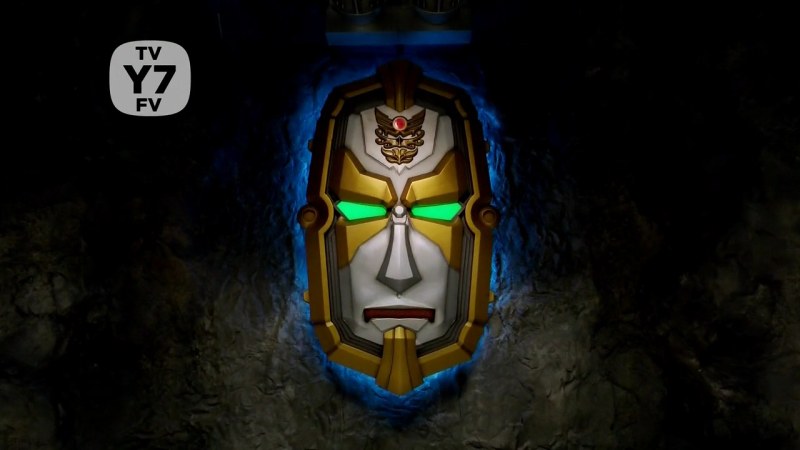 Gosei introduces himself. He says his mentor, Zordon, placed him there to be guardian of the planet.

“I am of the Earth and embody its great and mystical powers.”

He continues saying he is only awakened when the Earth is faced with an extraordinary threat. (Apparently, it hasn’t had any big threats since Zordon died.) 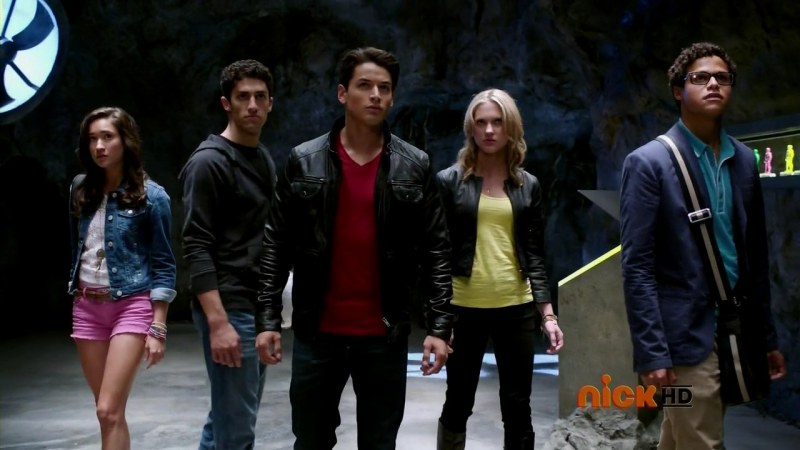 Jake cracks jokes, but Gosei says this is a perilous time for humans. The four are still skeptical until Emma joins them and shows the picture she took of Creepox. It’s true.

Gosei tells them they have been selected to join the long tradition of the Power Rangers. Gosei asks Tensou to show them the qualities that make them perfect and they get assigned their colors.

Noah asks who the things are in the walls and Gosei explains they are the Rangers that came before them and now they will form a new team. He gives them their morphers that’ll help them transform into Mega Rangers and explains they’ll use Power Cards to access weapons and abilities.

Oh, and there are Megazords too.

IT STARTS NOW! Gosei abruptly teleports them back into the city where people are getting attacked by big green Loogies. They draw the Loogies’ attention to them and get thrown around a little bit before they decide, what the heck, let’s morph. 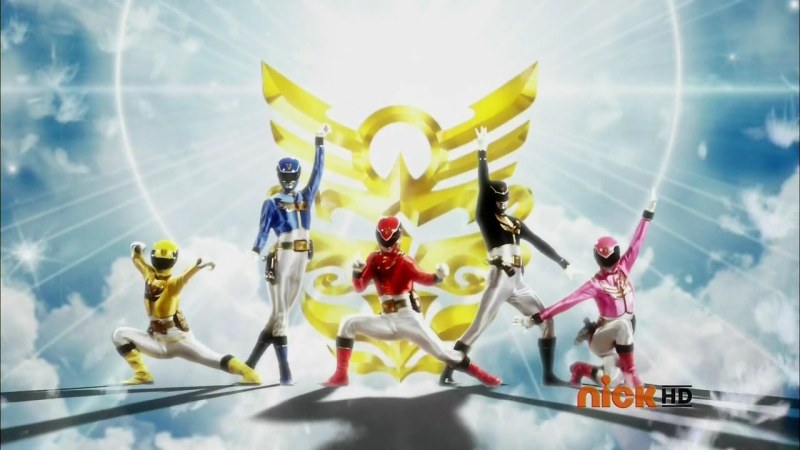 They insert their Gosei cards into their morphers and they officially become Mega Rangers.

Gia suggests they summon their weapons. Good idea says Jake and they insert their Landick! weapon Cards. Noah uses his Seaick Card, while Emma and Troy take their Skick Cards

These humans are getting trickier than they thought, so Admiral Malkor sends Scaraba to fight the Rangers.

Gosei tells the Rangers to take out their Headder Cards Megablasters and they clear out the Loogies before combining their weapons to finish off Scaraba.

Back at Gosei’s lair, he congratulates the Rangers on a job well done. They rose to the occasion and they shouldn’t ever doubt themselves.

Episode Thoughts and First Impression Review
Now first off, as someone who did grow up on Mighty Morphin, but has never put the first seasons on a high pedestal, nor been blind to the fact that there have been 17 other non-MMPR seasons, all the MMPR callbacks and similarities don’t mean that much to me. I’m sure the Zordon namedrop by Gosei and Ernie’s Juice Bar apparently growing and getting rebranded as “Ernie’s Brain Freeze” has been orgasmic for many fans. The high school setting and the similar character traits (plus MMPR color scheme) have already excited a big chunk of the fandom.

The part of the premiere that did get me going was seeing the Ranger Keys on the wall. That, I squealed at. Having already watched Gokaiger, the Legend War scenes as presented so far aren’t all that exciting to me. And won’t be until we maybe get Power Ranger roll calls or characters actually talking to each other and addressing each other by name.

So, yay anniversary season. But maybe you could be a little more subtle.

But overall, this was a very good premiere. And especially when you compare it to Samurai‘s “premiere,” then this was AMAZING. We’re back to the traditional PR first episode. And no, not just seeing the team actually be assembled. But seeing them get their powers and immediately know how to use “the tech” even though they were questioning if this was all real just minutes before.

That is definitely Power Rangers.

Now, we haven’t yet seen a big improvement in the acting talent. A little raw and rough around the edges so far. And the voice over work for the Rangers definitely needs some fine tuning. To be honest, I think just from this first episode, Andrew Gray (Troy) and Ciara Hanna (Gia) were the weakest links. The other three were fine. But it’s the first episode, so let’s hope they’ll work out those kinks.

How different is Megaforce from Goseiger?
For Samurai, I asked after every episode, “How Much Better Was Sentai Than Power Rangers?” since Samurai‘s Google-translated scripts, most of the time, fell far short of Shinkenger‘s writing and execution. (And they were directly translated!)

But Saban has assured fans that Megaforce will feature much more original material. That’s not to say they aren’t going to use some Goseiger plots, which is perfectly fine… as long as they do it well. And judging from the episode descriptions for the “first season” of Megaforce, they definitely do use some Goseiger-plots, but also inject some new material.

For this first episode, pretty much everything was different. A completely different premise (angels vs. regular old teens) and a Johnny 5 (Short Circuit)/WALL-E combination robot instead of a video game machine (Datas) come to life. Plus, the inclusion of the Ranger Keys from Gokaiger, Sentai’s anniversary season.

So a very promising start to the season. I definitely hope Saban has learned from their mistakes with Samurai, shook it all off and have become comfortable handling the franchise again.