Power Rangers RPM – 20: Heroes Among Us

Flynn is giving Dillion a tour under his car and pointing out every part Dillon hasn’t taken care of. Flynn gets a tube full of dirt dumped on his face and he drops his socket wrench. The sound of the wrench falling on the floor triggers a memory in Dillon.

He remembers being in some Venjix lab. It looks like he and other humans are being implanted with Venjix hardware. He looks over to a girl who could possibly be his sister. The alarm sounds in the garage and Dillon gets pulled back to the present.

Grinders are in the city and Col. Truman and his troops are fighting them off as the Rangers arrive to help out. A little girl is alone in an alley as a grinder walks towards her. Col. Truman and two of his men come to save the girl but out comes an attack bot. He calls for them to fall back but an army of grinders blocks their path from behind. They are surrounded. Col. Truman calls for backup.

The attack bot is ready to fire but Gem comes to save them just in time. He deflects the blasts and then takes care of the bot as Scott comes flying in to take care of the grinders, leaving Col. Truman a way to get out of there. They head to safety while Col. Truman watches Gem and Scott finishing off the bot and grinders.

Scott goes to commend Gem on a job well done and he does the same to him. Scott salutes his father and they run off as Col. Truman lets out a smile and nod of approval. But to whom?

Back at the garage, Col. Truman comes to make an announcement. He says he “witnessed a true hero” today as he looks right at a clearly excited Scott, but he goes to Gem and gives him the medal of valor. Scott’s face drops.

Gem is excited and celebrates, but Flynn and Summer notice Scott as he walks to his car. They try to get Gem to tone it down with Summer saying “Scott leads us as we help protect the city everyday. And the one time his dad notices, he gives you the medal. How do you think that makes him feel?” 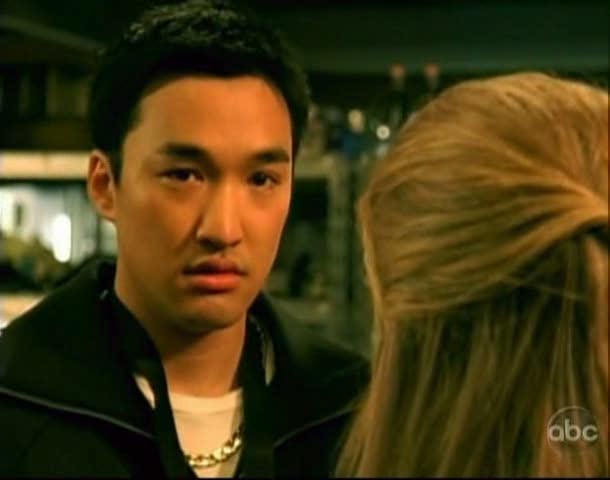 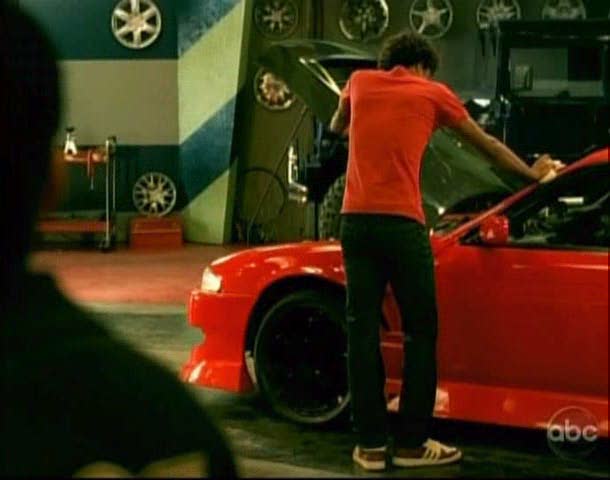 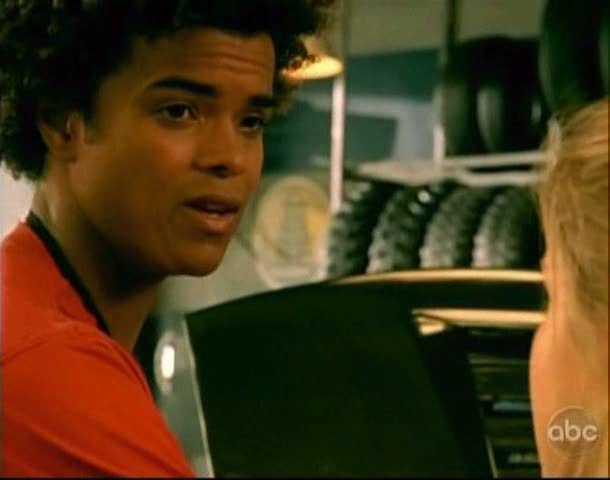 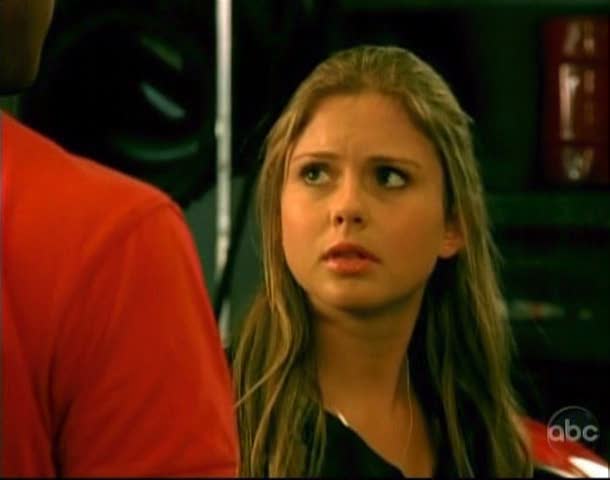 “Scott, your dad just…” He interrupts her, “Don’t make excuses for my dad.” He continues, “Over and over I have tried, so hard… just to make him proud of me. You know, I just don’t know what to do.”

Ziggy tells everyone they should go out for a celebration lunch. The other Rangers head out, Gem looks over to Scott with a sad face, but follows Summer out the garage. Scott, alone, takes out the photo of his father and brother. “What do you want from me?” he asks the photo.

Later, the others are back from lunch. Summer realizes Scott and his car are gone. Flynn says he’s probably just upset and Dillon adds to just give him some space. Gem looks at the skid marks on the garage floor and seems worried.

Scott speeds through the wasteland. He looks up to see Gem in his zord following him. He stops and Gem gets out his zord as well.

“How in the world did you find me out here?” Scott asks.
“I followed your tire tracks,” Gem says simply. He continues.

“I don’t get it, you always say stuff like ‘Stick with the team’ and ‘Always have a plan!’ you know, and then you come out here. Why?”
“Why’d I come out here?” Scott begins. “Because it is the only way that my dad will ever…” He stops. “You know what? Who am I kidding? I screwed up.”
Gem goes over to him. “It’s okay I mess up a lot too. Like with the whole medal thing, I just, well, I never got one before and I really like it. But if it upsets you, it’s gone.” He takes the medal off from around his neck and tosses it aside. Scott tells him he deserves that medal, absolutely. He goes to pick it up, but sees human footprints in the sand. 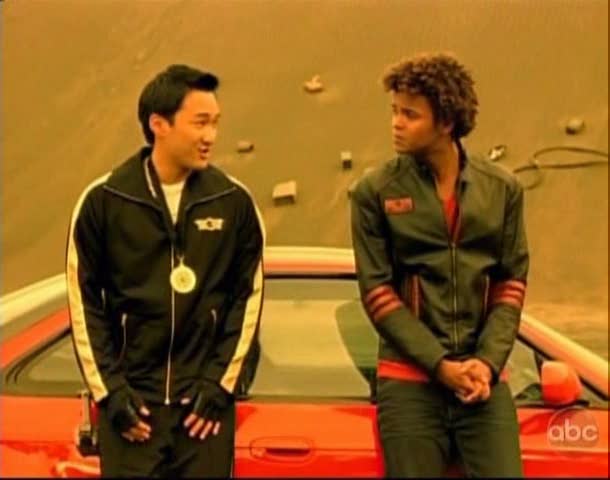 They run over to a cliff and see four people walking, possible refugees who have escaped Venjix. Just then, motorcycled-grinders come and surround the humans. Gem starts to get into Boom mode, but Scott says they have to have a plan first. Tenaya 7 comes, “Naughty naughty!” and tells the grinders to take them to Venjix.

Gem has a plan now. To follow them right to Venjix’s palace, but Scott says they will detect their bio signals. Instead, he has another way.

Meanwhile, Generals Shifter and Crunch are finishing up a souped up version of Venjix’s body, hoping for it not to fail again. Back in the waste, grinders bring in two more human refugees. Tenaya is happy they can have more fun, not knowing the two new captures are a disguised Scott and Gem. The grinders hand Tenaya the medal and with a “You aren’t so brave now, are you?” puts the medal on herself.

The other Rangers want to go out and find their two comrades, but Dr. K says it’ll be too difficult (“…a needle in a haybarn!”). She adds, when they left, they put themselves in jeopardy, if they all leave, they put the city in jeopardy.

The captured refugees are being loaded onto a Venjix transport vehicle. As they are being led to the vehicle, an older man asks Scott and Gem if they are soldiers. He says he was part of the 10th Battalion, Commander Murdoch. He tells them to make a run for Corinth and get help. Scott refuses. Murdoch says it’s their only chance and he quickly goes off to create a distraction, starting a fight with the grinders. Scott tells Gem not to move as Murdoch hold his own against the grinders.

They get him back in control and Tenaya comes over disappointed, “Shame. You would’ve made such a good hybrid.” She is about to finish him off, but at the last minute, Scott decides, Frack it, let’s get ‘em. They run towards them and morph. They fight the army of grinders and tell the other prisoners to run for safety. Scott goes for Tenaya and they battle. He sends her flying and the medal falls to the ground. Scott and Gem power down.

“Some kind of soldiers!” Murdoch laughs and Scott tells everyone to get into the transport vehicles. Gem goes to pick up the medal.

Back at Venjix, the new upgraded body is ready and they begin downloading Venjix into it. Gem drives the transport vehicle with Murdoch riding shotgun with Scott as grinders follow them towards Corinth. Scott radios Dr. K to open the gates. Col. Truman orders troops to the gate.

Gem kisses his medal and drives through an array of blasts from the grinders. The gates open and the Rangers join Truman’s troops out the dome. Col. Truman orders his troops to refuse entry until they know exactly who they are. The Rangers look on, anticipating their comrades to come through.

General Crunch tells Venjix Corinth’s gates are open. Venjix tells them to unhook him even though he’s only at 80% downloaded. Venjix will not wait, despite his Generals’ warnings.

The Rangers see the two vehicles coming and Scott and Gem come out. The refugees are let out of the transport and Dillon goes hoping for his sister to be among the captured.

Col. Truman recognizes Commander Murdoch and salutes him. Truman tells him that he’s a lucky man to have survived in the waste. Murdoch says it wasn’t luck. He was rescued by a young man and points to Scott who is being thanked by the other prisoners they saved. Truman notices his son.

Dr. K calls in to the Rangers and warns them of a new arrival. They morph and quickly get into the Sky Rev megazord configuration. Venjix tries to give them his best shot, and the Rangers theirs, but an energy feedback ejects the Rangers from the zords and Venjix out of his embiggened state. Back on the ground, Gem charges straight for Venjix on his own.

Gem takes a beating, but Scott comes flying in himself. He deflects Venjix’s blasts with his saber but is thrown back. He gets back up and Gem throws him his cloud hatchet. Scott’s saber turns into a flying board and he uses the hatchet to finish off Venjix. The Rangers come over, Scott commends them and they run off.

Venjix, whose body is now in pieces, tells Crunch to get him out of there and the General picks up Venjix’s torso and head and leaves.

Back at the garage, Scott goes to Dillon to tell him about Murdoch’s experience working in a factory where Venjix was infecting humans with the Venjix virus, building hybrids. This triggers another flashback for Dillon.

But just then, Col. Truman comes in. He commends Scott on saving the prisoners and a well-executed plan, but Scott won’t accept it. He says he wasn’t on a mission, “I left my post without permission, and in doing so jeopardized my friends and the entire city. It wasn’t heroic. It was selfish.” He takes off the medal. “The day that I honestly deserve this medal, I will proudly accept it. But that’s not today.” He hands the medal back to his father. “Very well,” Col. Truman says, looks at his son, then turns and walks away.
Scott feels good.


Episode Thoughts
I really enjoyed this episode, definitely better than last week. This episode though is the first written by Judd Lynn for RPM. And it was an awesome one.

I love the character development this season. Of course, we got the great flashback/backstory episodes that gave us more than we’d get in entire seasons.

And this week, we saw great character progression from Scott, Gem, and even Col. Truman a little. Scott’s always felt like he’s had to work extra hard to prove himself to his father, especially after the death of his brother.

For Gem, he got a lesson in human emotion and became more aware of other people around him. It is a little weird seeing that come out in him, but maybe not necessarily in Gemma? Hopefully she gets her solo excursion as well.

Kudos to Eka Darville, Mike Ginn, and James Gaylyn for some awesome acting.

Great action, awesome seeing that there are still humans left in the wasteland (material for a spin-off!), enough Dillon/sister progression to whet the appetite for the story… all in all an excellent episode.

So far, the post-Guzelian RPM era is fine, no worries. 😉

One thought on “Power Rangers RPM – 20: Heroes Among Us”