Recap: Avataro Sentai Donbrothers, Episode 37 – I and Ni and Za and Shi

Sononi approaches a sleeping Tsubasa and sees that he’s the real one and not the Juto version. She asks how he was able to return to normal, but he says it’s none of her business.

As Tsubasa walks away, Sononi lets out a big smile and tucks her hair behind her ear.

At a cafe, Haruka meets with Sonoza to show him her latest pages. But he thinks they’re horrible as she’s writing contrived stories. He pats her on the head though and says he believes in her.

At both of these scenes, however, is a mysterious man in a mask watching them.

Later, Tarou meets the others at the oden cart. Tsuyoshi says it’s his treat today as he is very happy that his Miho-chan has returned to him. Just then, the Noto3 arrive and also take a seat at the cart. 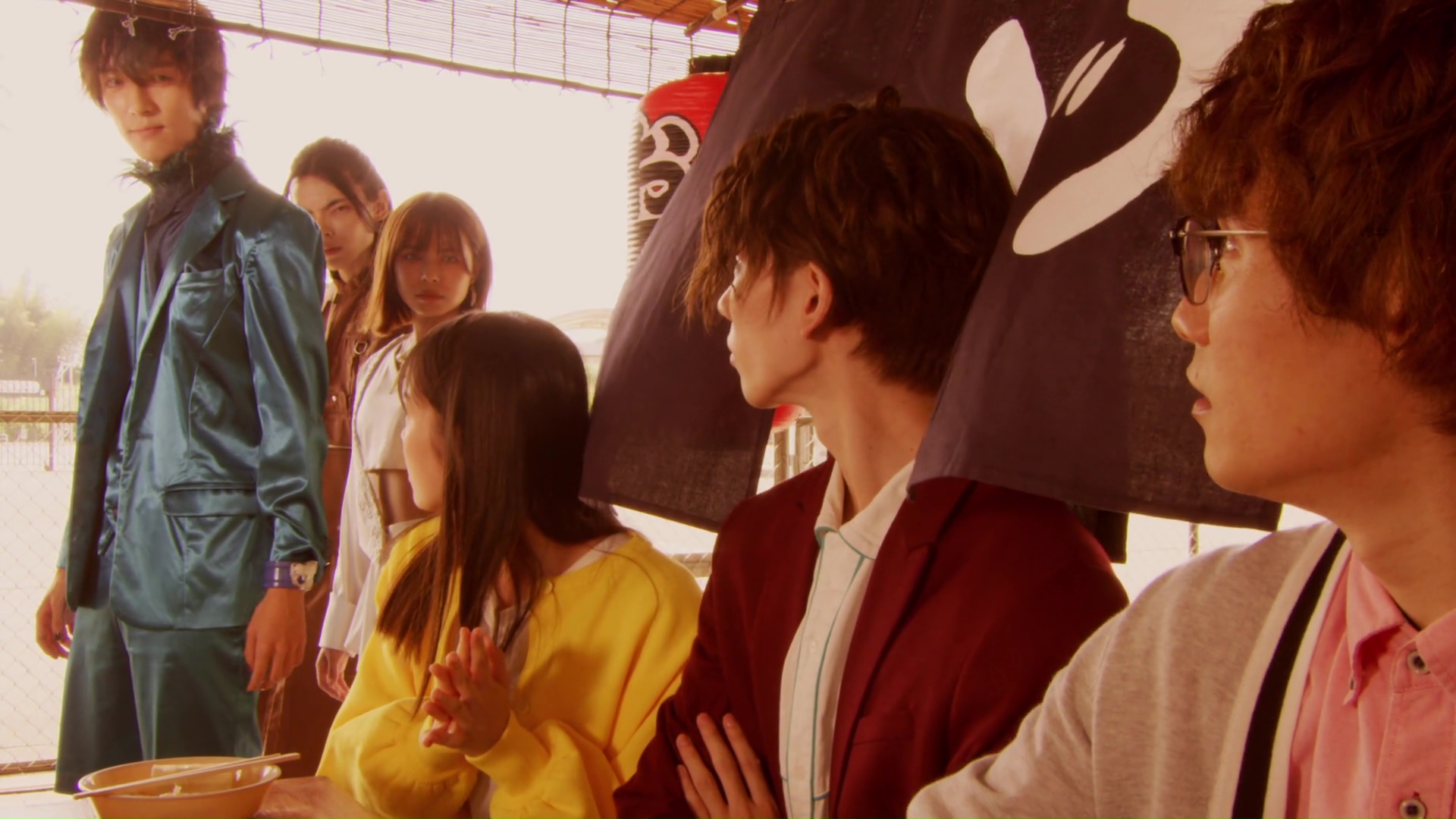 It begins to rain as they all enjoy their food. Sonoi seems to be good friends with the cart owner now. Tarou makes a comment to Sonoi who then starts a game of telephone in which him telling Tarou to not be too prideful gets twisted into Sonoi paying for all their food.

Suddenly, the masked man appears and shoves Tsuyoshi and Shinichi off their seats. He then puts up a plexiglass divider and sprays disinfectant before taking a seat himself. He begins poking at the strange food and says it’s not worthy of being put in his clean mouth.

Tarou says this man is creepy. The man responds by blowing in his ocarina which summons some Anonis. The Donbros henshin to fight them off.

Sonoi recognizes this man as Sonoshi and they seem to know each other.

The Noto3 and Sonoshi leave and head to the art gallery. Sonoshi explains that he is their supervisor and is here to judge if their fighting is Noto-worthy. Sonoi says of course it is. But Sonoshi pulls out some evidence to the contrary.

Sonoi died and also helped resurrect Don Momotaro. Sononi has become very close with Inu Brother and though she denies it, he points to her blushing red cheeks.

Sonoshi asks Sonoza what his relationship with Oni Sister is. But before Sonoza can even say anything, Sonoshi blows some of his gold earwax on him.

Sonoshi believes they have all lost their manners considering he is their supervisor. The Noto3 immediately get on one knee and he tells them to end the Donbrothers immediately. Otherwise, his report will ensure they will be sentenced to eternal floor cleaning.

Sonoshi wants them to do a Noto warrior-worthy roll call as they battle the Donbrothers.

Next day, the Donbros wonder who that strange man was. But Sonoshi walks into Donbura and determines it has a high reading of evil so he must disinfect it. He sprays them all and introduces himself before challenging them to a duel with the Noto3. 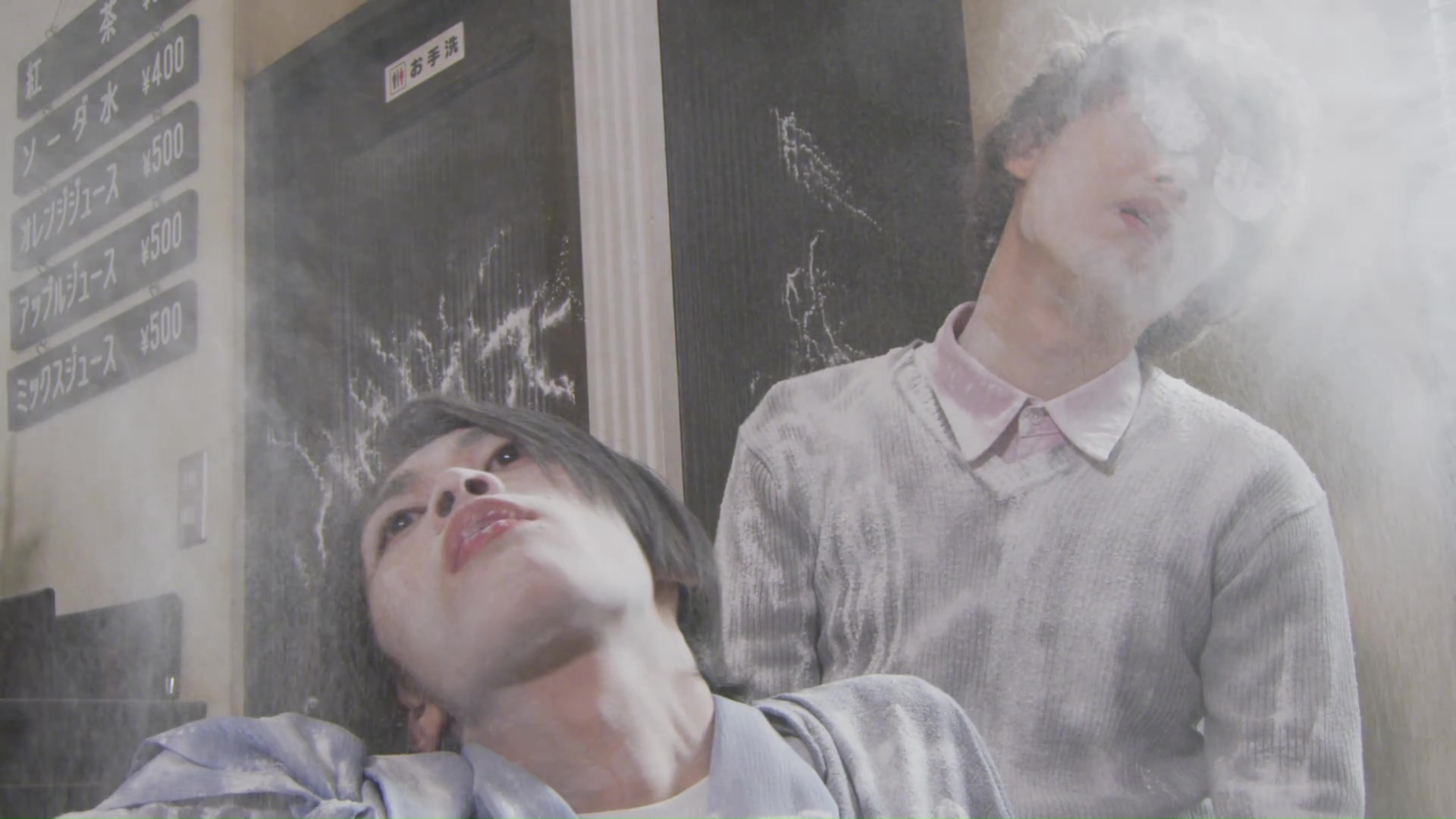 Sonoshi points out how they have become close with the Noto3 and how Haruka has been showing Sonoza her manga. Sonoshi blows gold earwax on Tsuyoshi and Shinichi, but he says it is probably a waste to use it on them.

Sonoshi leaves by skipping away.

Shinichi asks Haruka what her relationship with Sonoza is. He points out how Tarou and Sonoi are obviously a match made in heaven considering how they often stare into each other’s eyes. So he wonders if he should get closer to Sononi.

Master Kaito walks in and wonders why it has snowed in the café.

Downtown, the Noto3 watch as Sonoshi summons Anonis who then capture people he’s sprayed. They think this behavior is very Hitotsuki-like.

The Donbros arrive and Sonoshi says he is just cleaning up this world. He transforms to his Noto form and the Donbros engage him in battle. Sonoshi easily overpowers them though, but leaves in order to allow the Noto3 to be the ones to finish them off later.

The Donbros and the Noto3 head to Donbura where a few of them start cleaning up Sonoshi’s spray. Tarou and Sonoi agree that they are not fans of Sonoshi.

Shinichi offers a slice of cake to Sononi as a symbol of their relationship. But she smashes the cake in his face. Rejected!

Sonoi asks Tarou to help them defeat Sonoshi who is a Noto disgrace. The only way the Noto3 can do that is if Sonoshi becomes a Hitotsuki. And in order for that to happen, they must capture a Hitotsuki before it is able to engulf their human.

Tarou knows just the person. Sononi and Sonoza head over to Ono Minoru who indeed has a Hitotsuki they can take.

The Donbros and Noto3 head to the quarry. 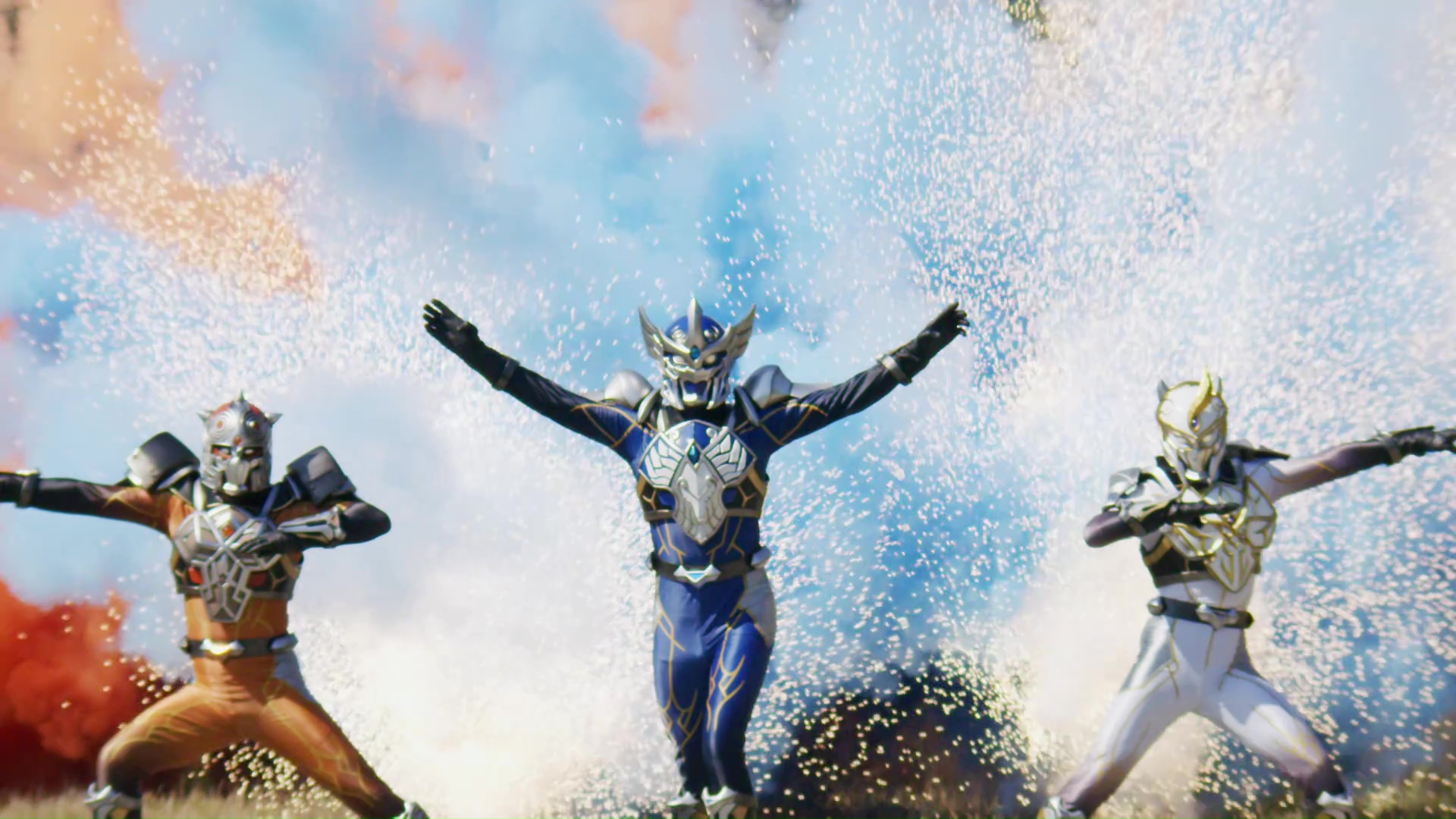 Sonoshi watches from the sidelines as the two sides do their roll calls. Jirou arrives and both he and abunaiJirou also do a roll call.

The battle begins as Sonoshi cheers them on. Sonoi seems to deliver a decisive blow at Tarou who declares that he is dead. He collapses on the ground. Sonoshi goes to check and Tarou has no vital signs.

While Sonoshi’s back is to the them, Sonoza shoots the captured Hitotsuki right at him, engulfing the Noto supervisor. Tarou regains consciousness and Sonoi explains that he collapses whenever he lies. So through that, Tarou is able to play dead. That then allowed them to let their plan play out. 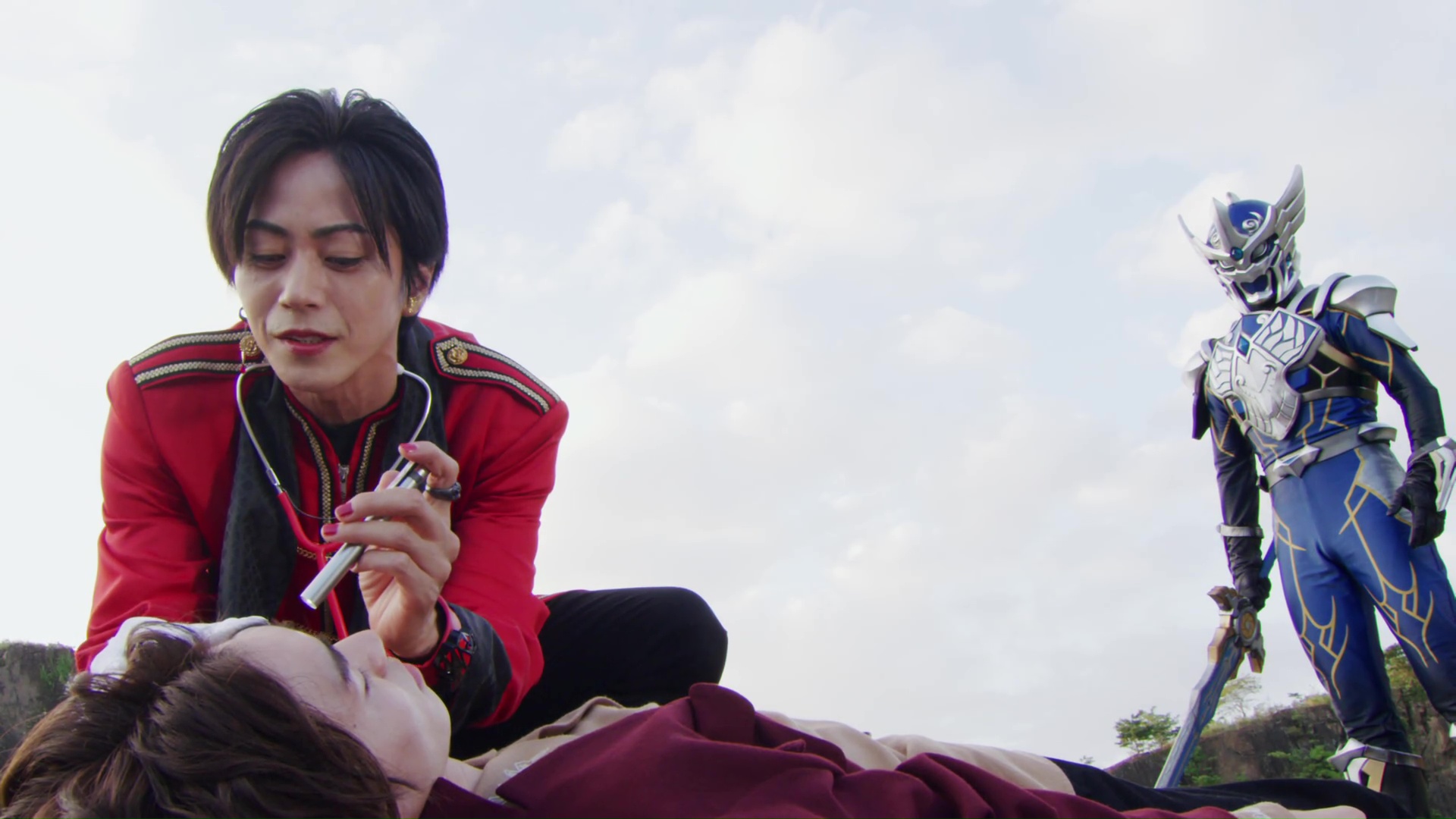 The Noto3 take on Sonoshi. But when Sonoi has a direct shot at killing Sonoshi for good, he hesitates. Sonoza runs over to do it, but Sonoi swats Sonoza’s sword away.

Sonoshi curses the Noto3 and says he will never forget this, declaring that their fate is in his hands. He leaves.

Sonoi explains that he couldn’t finish him off because at the end of the day, Sonoshi is still a Noto as well even if he hates him. They are of the same circle. Tarou puts his hand on Sonoi’s shoulder for comfort. 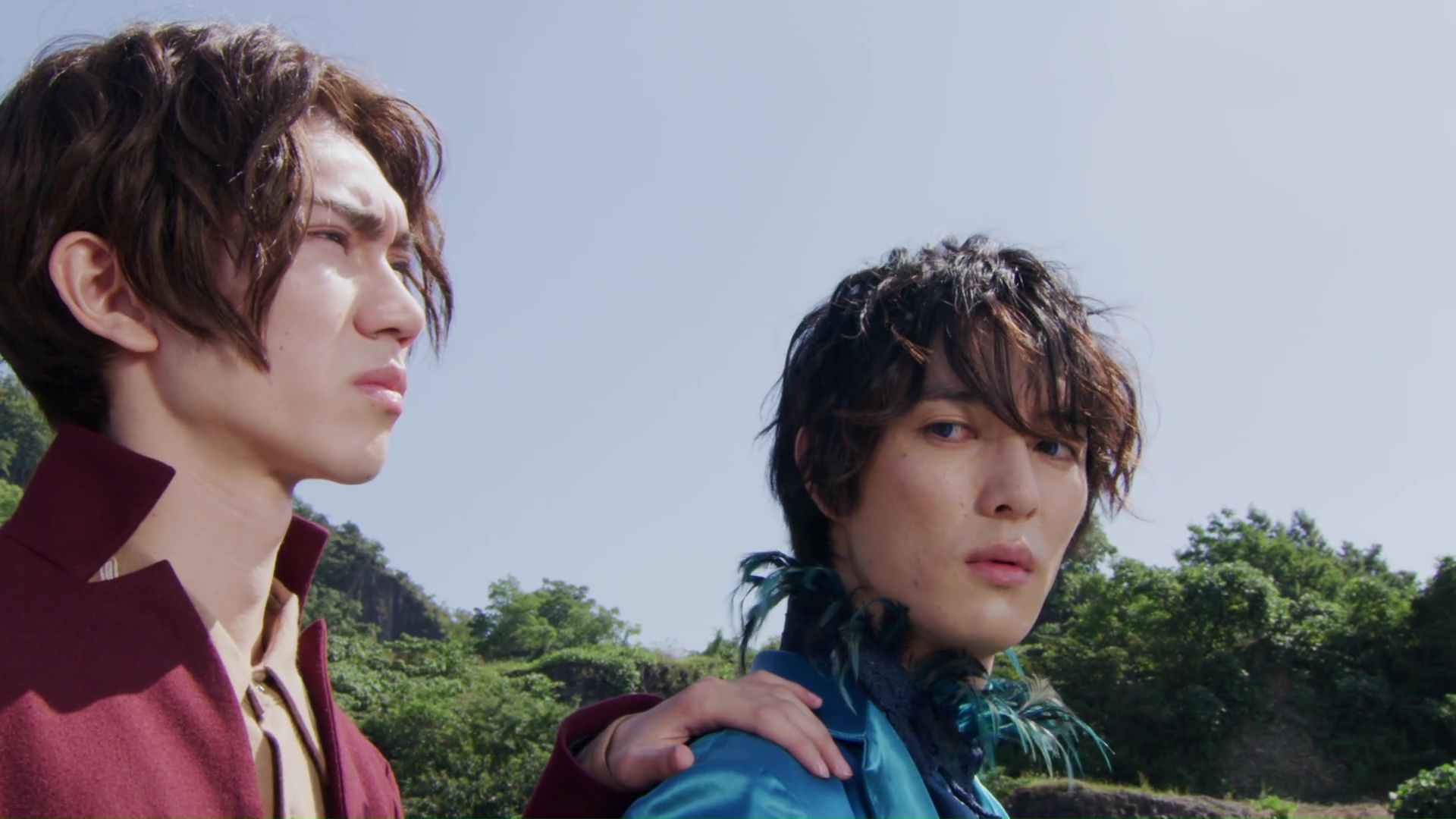 That evening, Tsuyoshi returns home and apologizes to Miho that he is late. But the Miho-chan he is speaking to on the couch is actually a doll.

Another good episode this week. More of that good Donbros mix of random absurdity and exciting action which is always fun.

My biggest takeaway from the episode is what is basically official confirmation of Tarou <3 Sonoi and Tsubasa <3 Sononi. lol Thank you Shinichi for pointing out the obvious with Tarou and Sonoi. And also thank you Shinichi for hitting on Sononi whose rejection of you helps support the idea that she’s already in love with someone else. lol That little scene with Sononi feeling very kilig after speaking with Tsubasa! That shy smile after he walks away has to mean that she has some kind of feelings for him. And considering she wanted to learn about love, it makes sense for her character to fall for Tsubasa like this. She might not understand it yet. But it might be there! That moment also seemed to confirm that it was Sononi who saved him from the Juto Forest? I took that scene to be her kind of feeling around to see what Tsubasa remembers. And so even though he doesn’t, she’s just happy he’s back to normal?

I dunno. If there’s another explanation to how Tsubasa escaped, then that’s good too. Especially if it means there’s something different or special about Tsubasa that makes him a good anti-Juto force. Though that “chosen one”-kind of storyline would probably be saved for a Red like Tarou. So I doubt they would go down that route for Tsubasa.

Especially when they continue to exclude him from the group! On one hand, maybe they’re doing it because he’s some “chosen one,” so he’s different. On the other, it’s probably nothing like that at all. lol And they’ve just written him into a corner where nothing they do with his big reveal to the others will live up to the original potential. Too bad. But when you have a moment like the roll call with the Donbros or even them just facing off against the Noto3, not having Tsubasa there is really just annoying. And it goes against the teamwork feels that every Sentai season is based upon, no matter the quirks and unique story each season has.

Sonoshi was an interesting character and definitely not what I expected. Is he really just a one and done character? Someone who might pop up in the final arc to serve as a foil to the Donbros or maybe more so the Noto3? Whichever it is, he was the catalyst for this episode’s plot. But what he’ll mean to the grander arc of the season? We’ll have to wait and see.

The biggest idea to come from his appearance though is to point out how much the Noto3 have steered away from what might be their original mission. In their “journey” on Earth and in meeting and interacting with the Donbros, they’ve learned and evolved themselves. And obviously that will run afoul of the Noto mission, I guess. So this could be setting up their leaving the Noto “organization” in the end.

I just realized too, after looking at the title of the episode (“I and Ni and Za and Shi”) that the Noto are basically Sono1, Sono2, Sono3, Sono4. Lol I assume that’s just one of the season’s quirky things and not related to their ranks or whatever. Especially since Sonoshi is supposed to be a manager or higher rank than the Noto3. Which then begs the question why aren’t they named Notoi, Notoni and Notoza instead? Or instead of Noto, they are the Sonos? Lol

Anyway! In thinking about the Final Boss candidates last time, I don’t think I remembered Kaito as a possibility. He obviously has a lot of secrets. And unless it’s just his own random quirk (which, for Donbrothers, it’s a logical assumption lol), I would think that Master Kaito’s sketchy, in-the-shadows personality could play into the season’s endgame as well. Maybe even connecting it to Zenkaiger somehow. This Kaito being a different version of Zenkaitopia Kaito.

Finally, that ending! When Tsuyoshi earlier in the episode said Miho had returned home already, I thought it was a bit weird. I was actually ready to criticize it if JutoNatsumiho just went back to Tsuyoshi like nothing happened. But then we got that final scene. And OH BOY. Tsuyoshi has really lost it. It’s really interesting what they’re doing with him as a character. We’ve seen his obsessive tendencies all the way back in the early weeks. And in recent episodes of course, it’s become quite clear that he’s not in the best state of mind. Especially when it relates to his Miho-chan. It will be very interesting to see what becomes of him in the coming weeks. And I think this kind of erases any chance of Tsuyoshi ever ending up with a Miho-chan in the end. Most especially when Miho doesn’t even exist anyway.

Overall, a great episode in the most Donbrothers way possible. Random fun paired with exciting action and some good story development as well.

Non-CGI Donbros of the Week 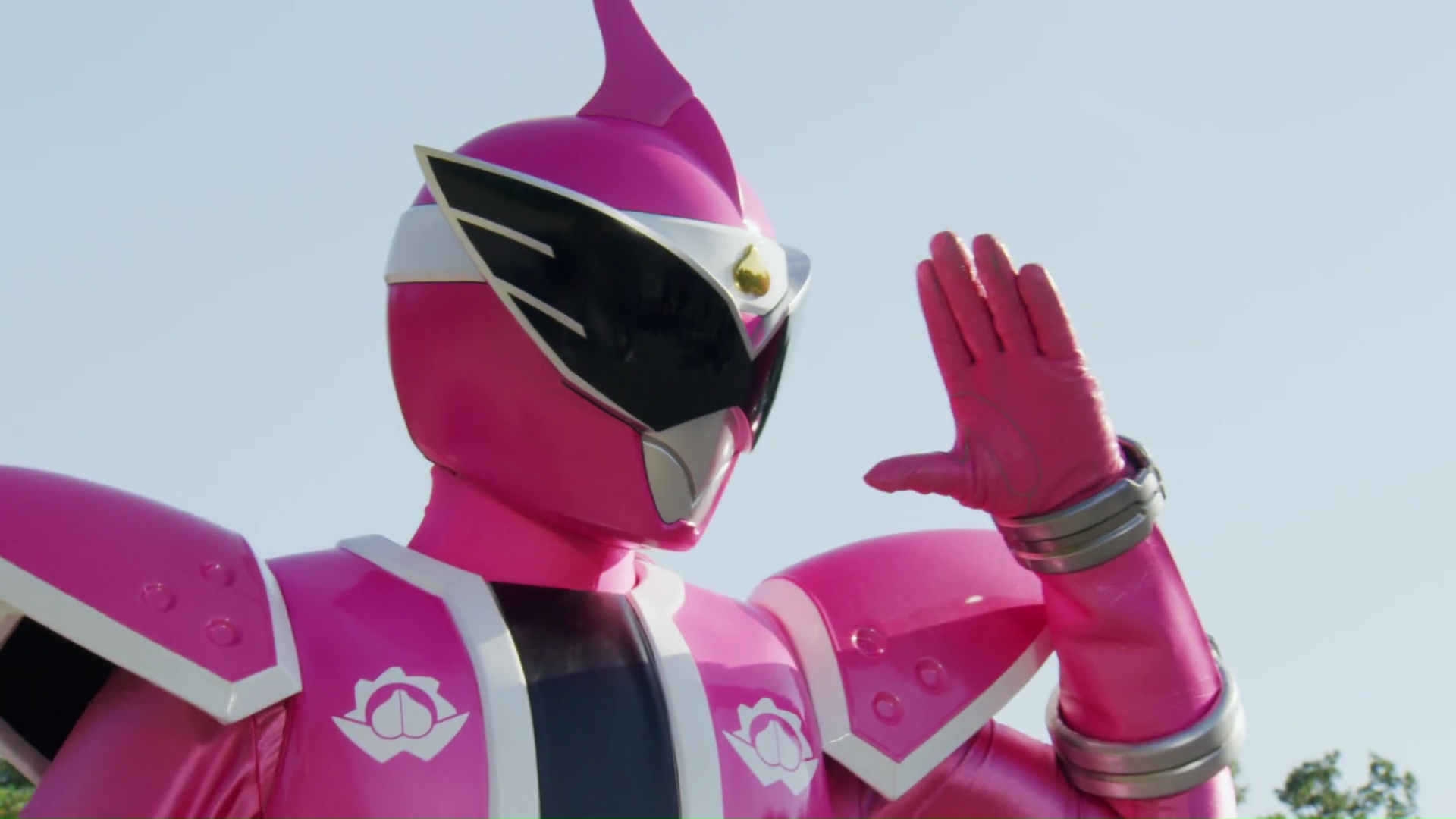 12 thoughts on “Recap: Avataro Sentai Donbrothers, Episode 37 – I and Ni and Za and Shi”