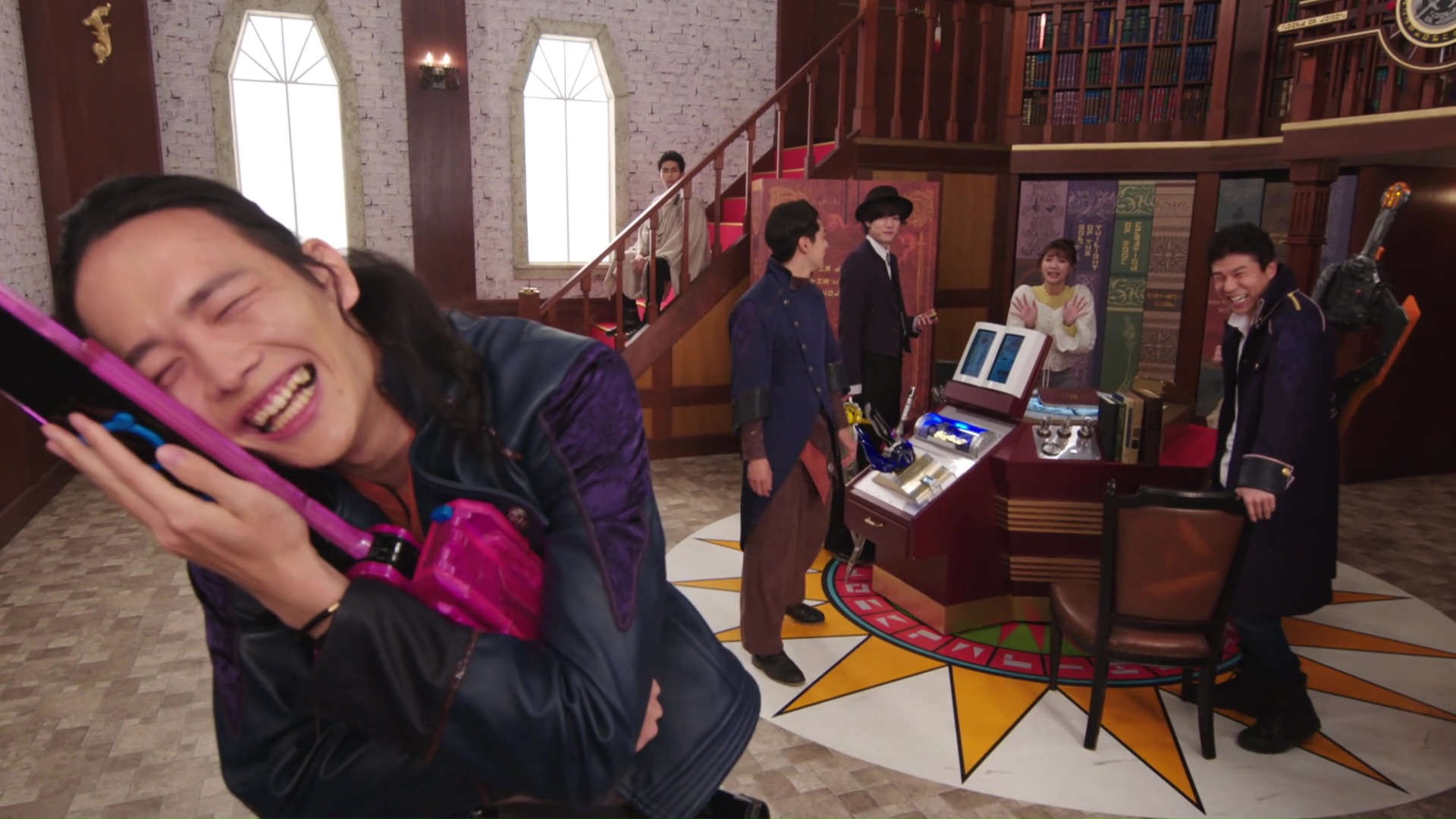 The Riders are happy to have gotten their Seiken and Books back. But Kento still took the Dark Sword and Ren is still wandering about with Desast. Not to mention Luna’s disappeared again.

Yuuri does some exposition and says Luna “choosing” Touma means he is destined to inherit the power of WonderWorld itself. 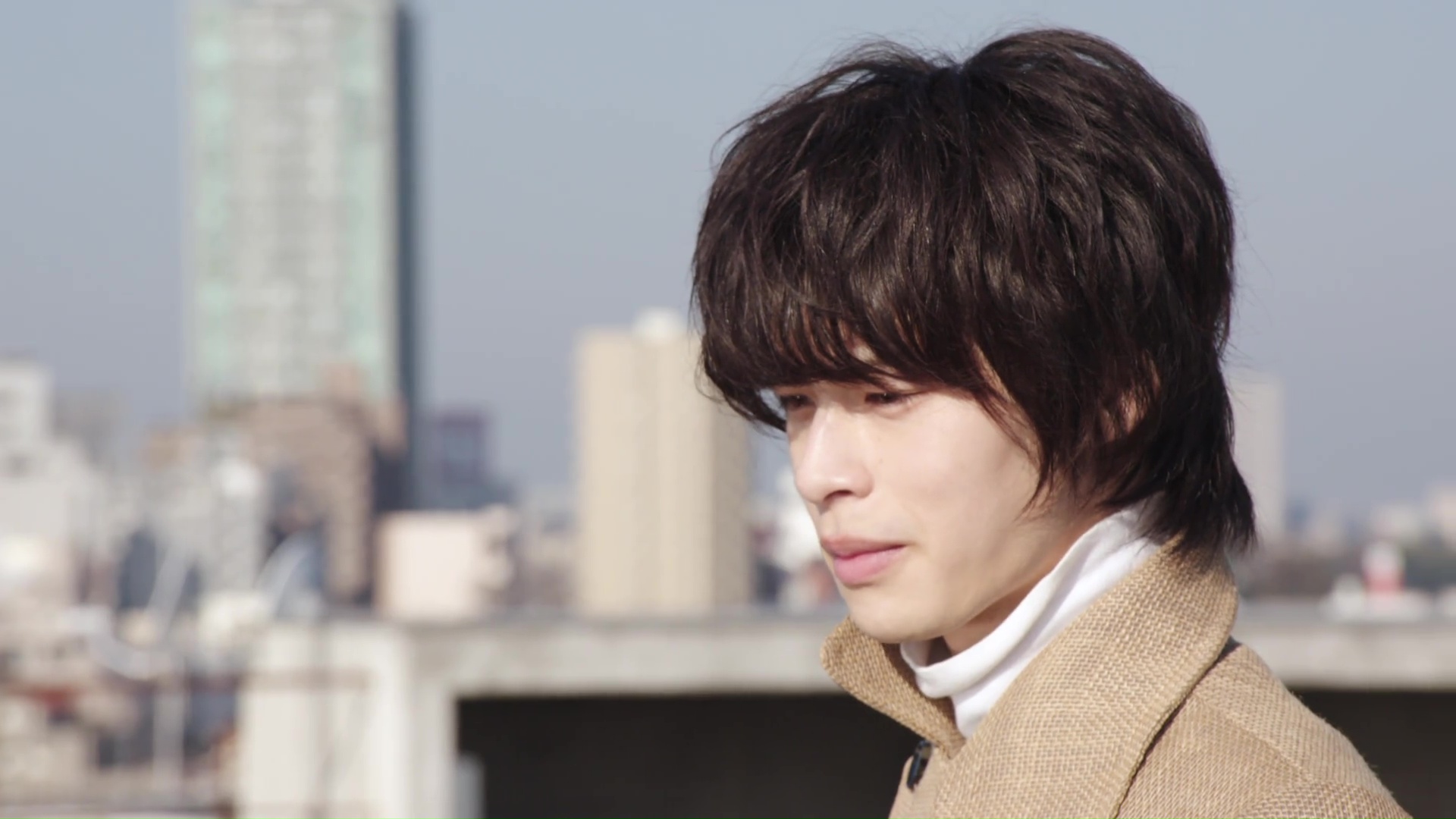 On a rooftop downtown, Kento thinks about Touma asking him to come home. Kento is resigned to the fact that one of them has to die, but he has a faint glimmer of hope Touma can change the future.

Kento does not notice Tinkerbell or something buzzing around him.

Down south, Master Logos shows Storious his new Book and says a new Seiken is supposed to pop out once all the Books are collected. That is, as long as Touma stays out of his way so he can collect Luna and the Seiken once more. Storious offers to help, if he can.

Back up north, Sophia does her own expository monologue by explaining that she was trying to sacrifice herself in order to prevent the Table of Contents from manifesting. After all, she was created as a Luna knock-off in order to restore the All Knowing Great Book of Omniscience. And neither Sophia nor Luna are actually homo sapiens. 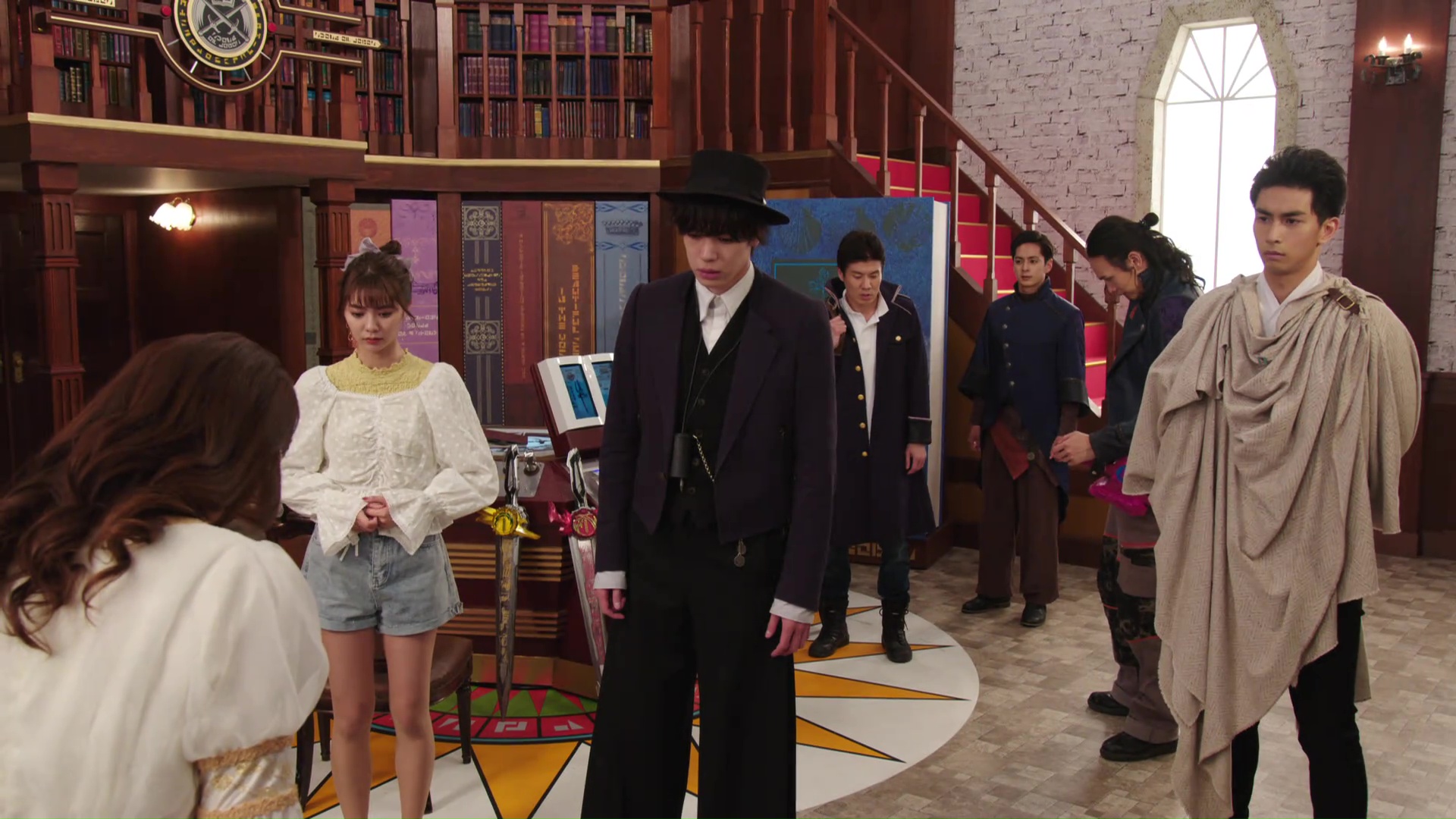 Sophia apologizes for keeping this plot point a secret. But Rintaro says it’s alright since Sophia and Luna have hearts and are basically homo sapiens too. Mei says Sophia is still the Sophia-sama they love. The others agree that this revelation makes no difference.

Touma thanks them for agreeing to bring Luna back to him.

Yuuri warns that until the Great Omniscient Book of All Knowledge is complete, Luna will always be in danger even if she’s off floating around somewhere no one knows the location of.

Rintaro says Touma needs to find Luna so he can grab the power. But Touma just wants the little girl.

Down south, Reika approaches her brother who assures her that he knows what he has to do. As Shindai Sibs, they must remain loyal to their Master and Ryoga vows to lay judgement on those who are not willing to kiss their Master’s ass. Seeing Brother Shindai all fired up has Reika excitedly ogling him. 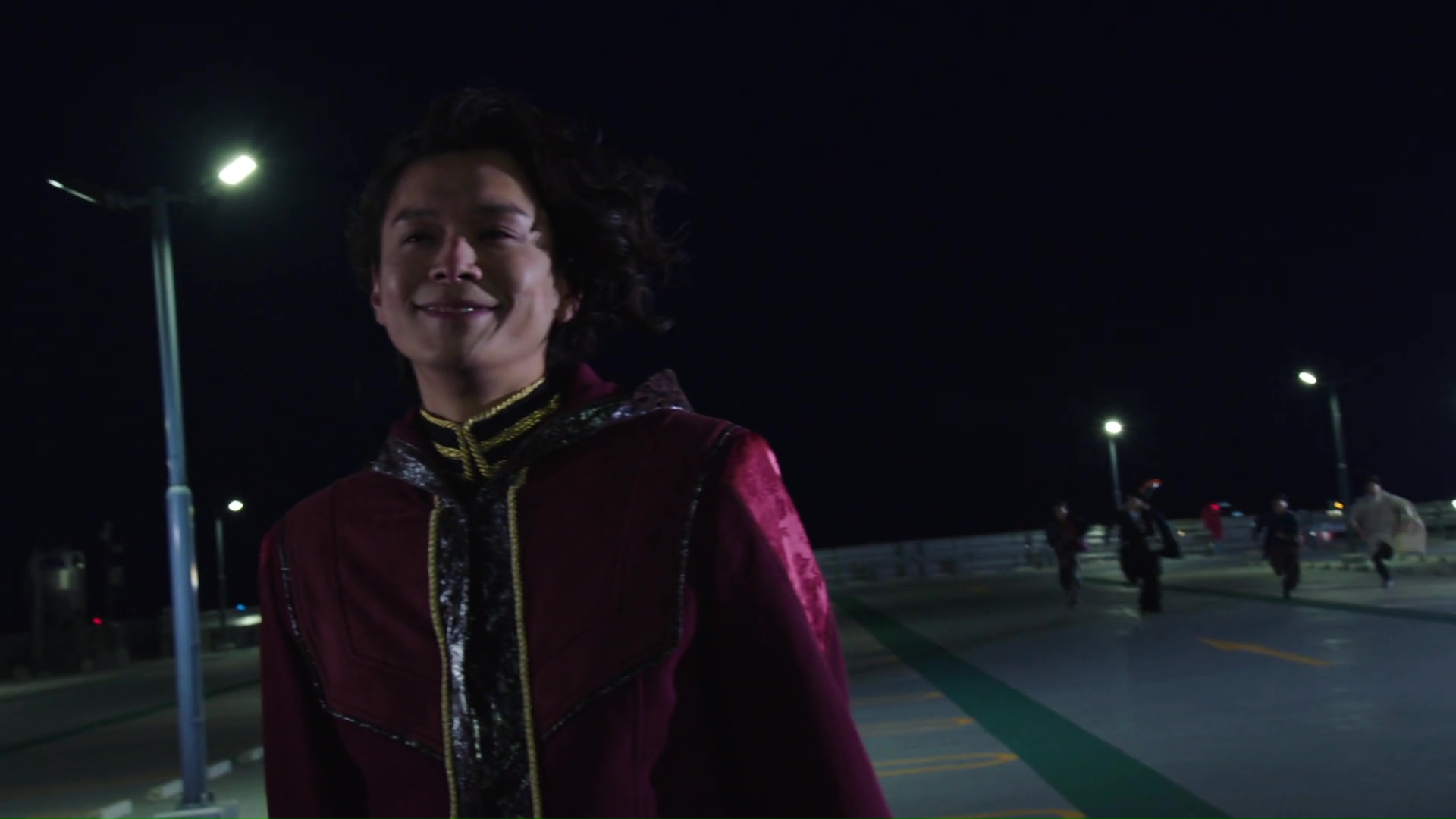 Meanwhile, Master Logos decides to take his new Book out for a ride. He calls upon the power of his new Book, causing everything to go dark. Master Logos cackles as purple lighting strikes all over the world.

The Riders all run over to the rooftop of Master Logos’ parking garage. He welcomes them by making it daytime again.

Master Logos says his line has always been entrusted with the task of maintaining humanity’s safety even when knowing a limitless power was within reach. Humanity has remained stagnant, but he will not be a fool like his ancestors and the rest of the homo sapiens.

Master Logos laughs at Yuuri saying it is still his responsibility. He’s long been bored by it and instead wants to use the power to turn the world into one of death and destruction.

The others also henshin and the battle begins. But they are no match for the omnipotent power. After he is able to knock Team North flat on their backs, Master Logos manifests a huge Book in the sky before leaving.

Rintaro tires to shoot icicles at it, but nothing happens.

They head back north to learn that Books have also appeared over the world’s biggest cities like this is some alien invasion movie. Kento recognizes this scene.

Master Logos pops out of the Books and maniacally introduces himself as Isaac, the god who will rule the world and lead it to the apocalypse. But he offers everyone an out: Kill each other in war until the victors are left standing.

Brother Ryoga tells Sister Reika they know what they have to do now. Bacht/Bahato is mildly intrigued by the happenings.

Ogami-san is eager to get going and says they are running out of time. Yuuri reminds them that Touma is the main character and will still be writing the end of this story. But that’s at least 10-14 episodes away.

For now, Sophia suggests all the swordsmen stick together. Ogami-san and Tetsuo go out to look for Ren. Touma wants to look for Kento, but Yuuri says he’ll do it.

While Desast finishes his instant ramen, Ren thinks about his dear Kento-kun. 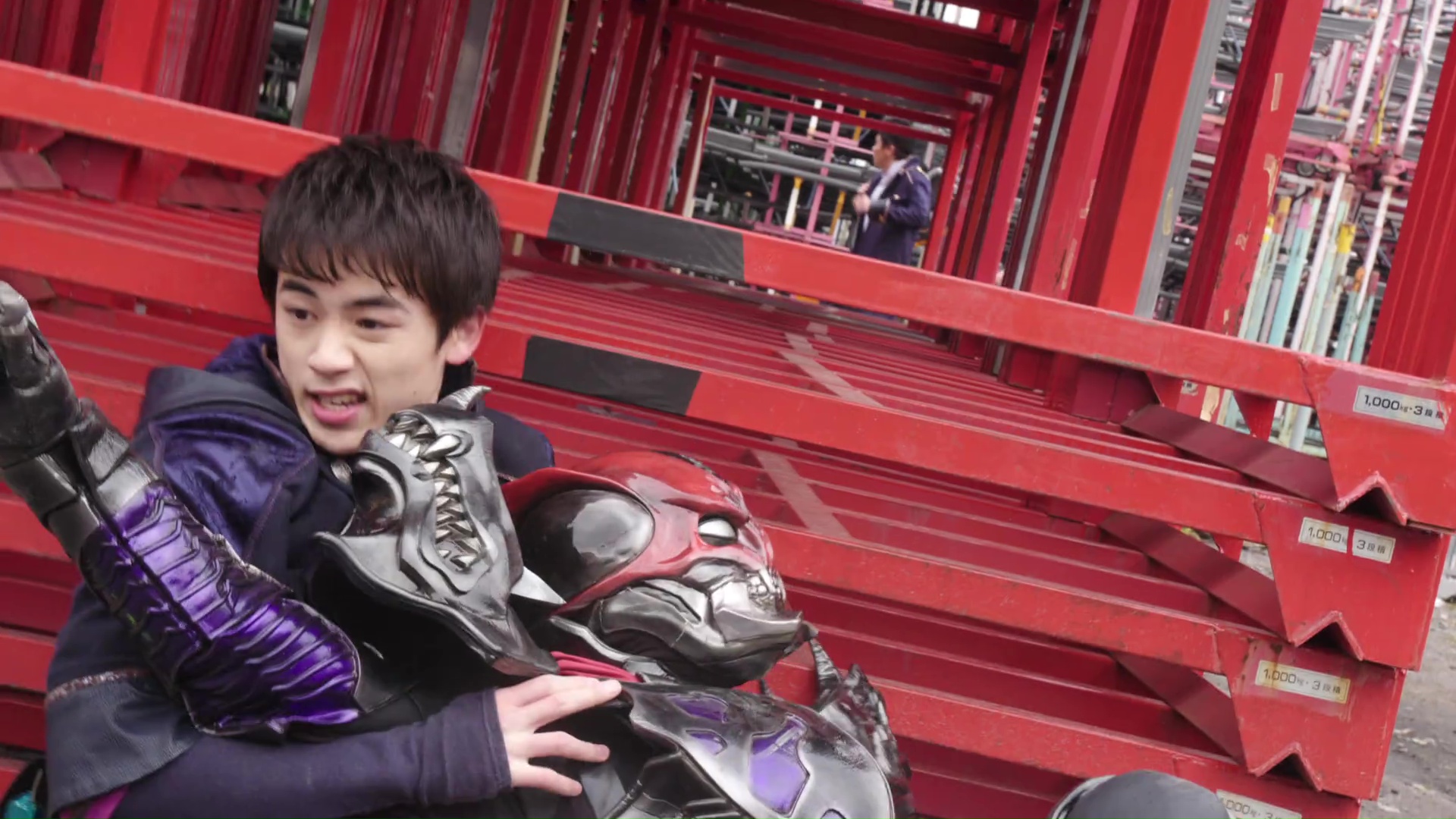 Just then, Ogami-san and Tetsuo come looking for him and they hide. Desast asks why he’s hiding. Ren says he knows they’ll ask him to fight alongside them. Desast wonders why he doesn’t want to.

Down south, the Shindai Sibs confront Isaac who asks them to stop calling him Master Logos. Brother Ryoga says that’s cool since now they have no reason to kiss his ass anymore. 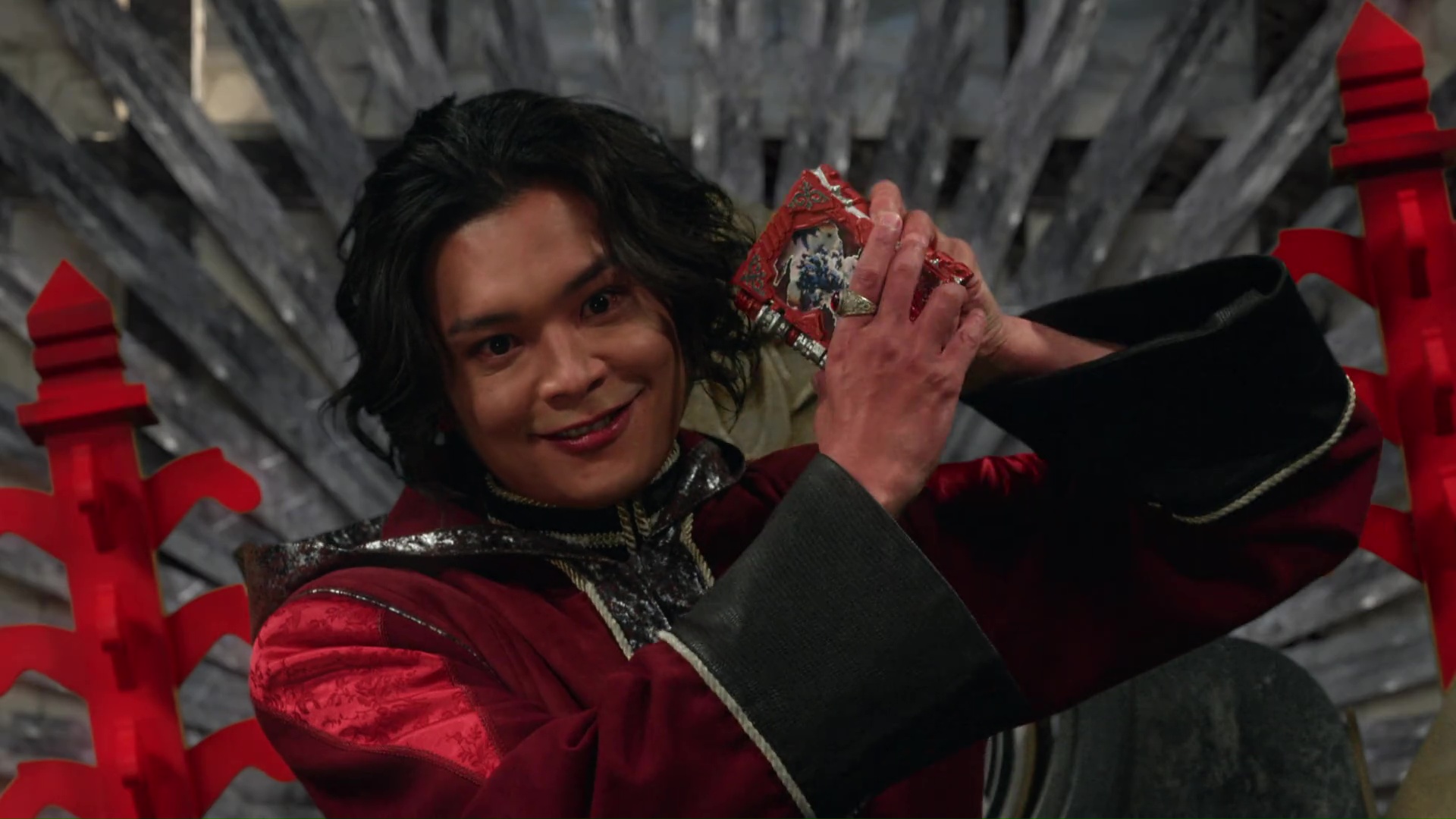 For some reason, Touma’s sword begins glowing and he can just feel the Shindai Sibs are battling Master Logos. Rintaro says they should go meddle and they run out.

Touma and Rintaro arrive to help the Shindai Sibs against Master Isaac. Brother Shindai initially says they don’t need their help, but accepts it anyway.

Yuuri finds Kento who says once the Books open, they world will crumble. Yuuri believes Kento will destroy the sky Books and disappear just like Touma would disappear if he saves the world. 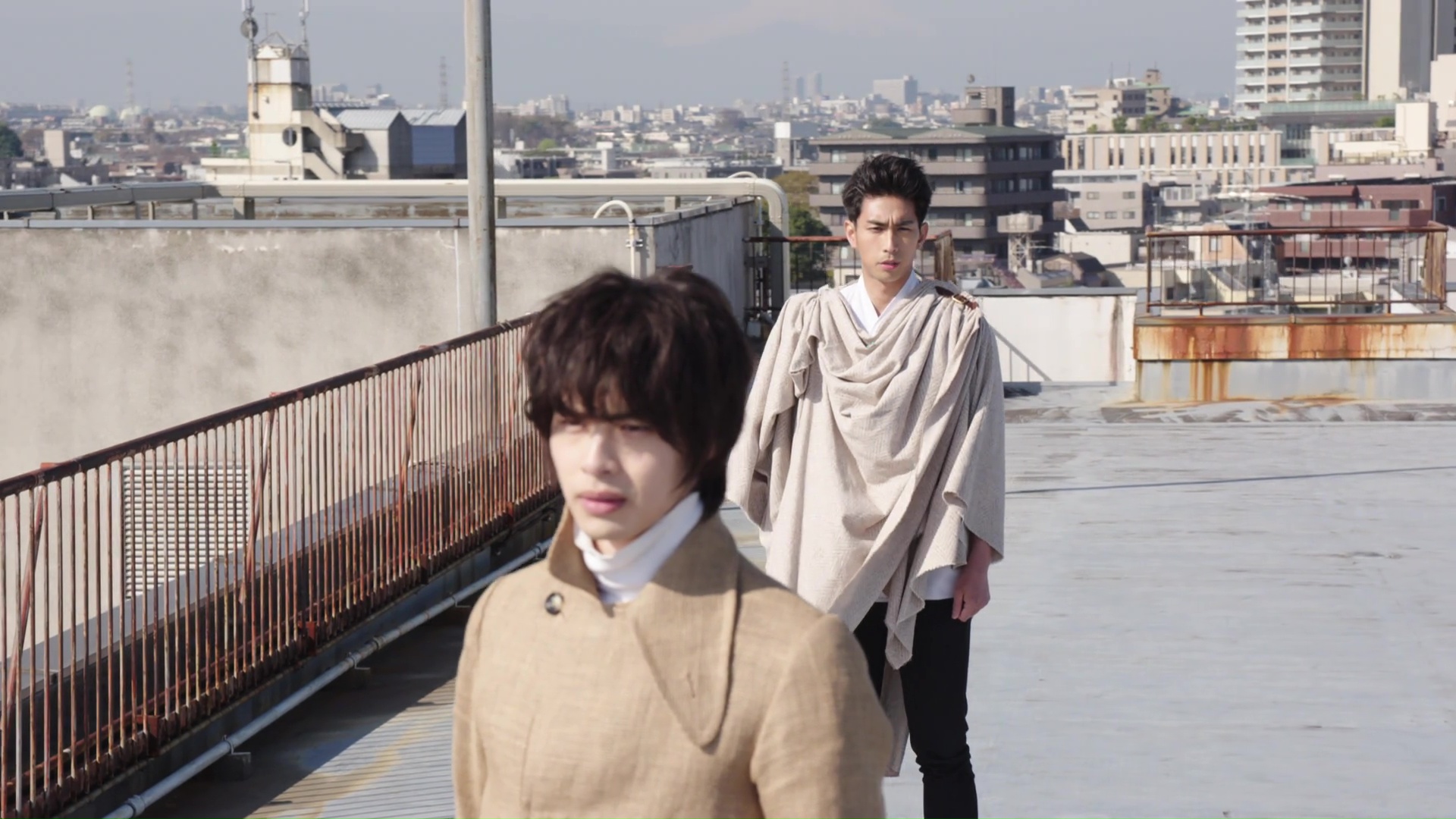 Yuuri adds that anyone who obtains the Wonderworld powers will become the guardian and disappear from this world. Kento is shocked he knows all that, yet would still let Touma sacrifice himself. Yuuri says this was his plan, but now he believes Touma can change the future.

Yuuri asks Kento to have a little more faith in Touma.

Before Master Isaac can finish off the unholy alliance of Touma, Rintaro and the Shindai Sibs, Yuuri arrives to whisk them all away.

Kento says he wants to believe in Touma, but there’s only a couple more episodes left. Sophia-sama appears and they stare at each other for a while for dramatic effect. 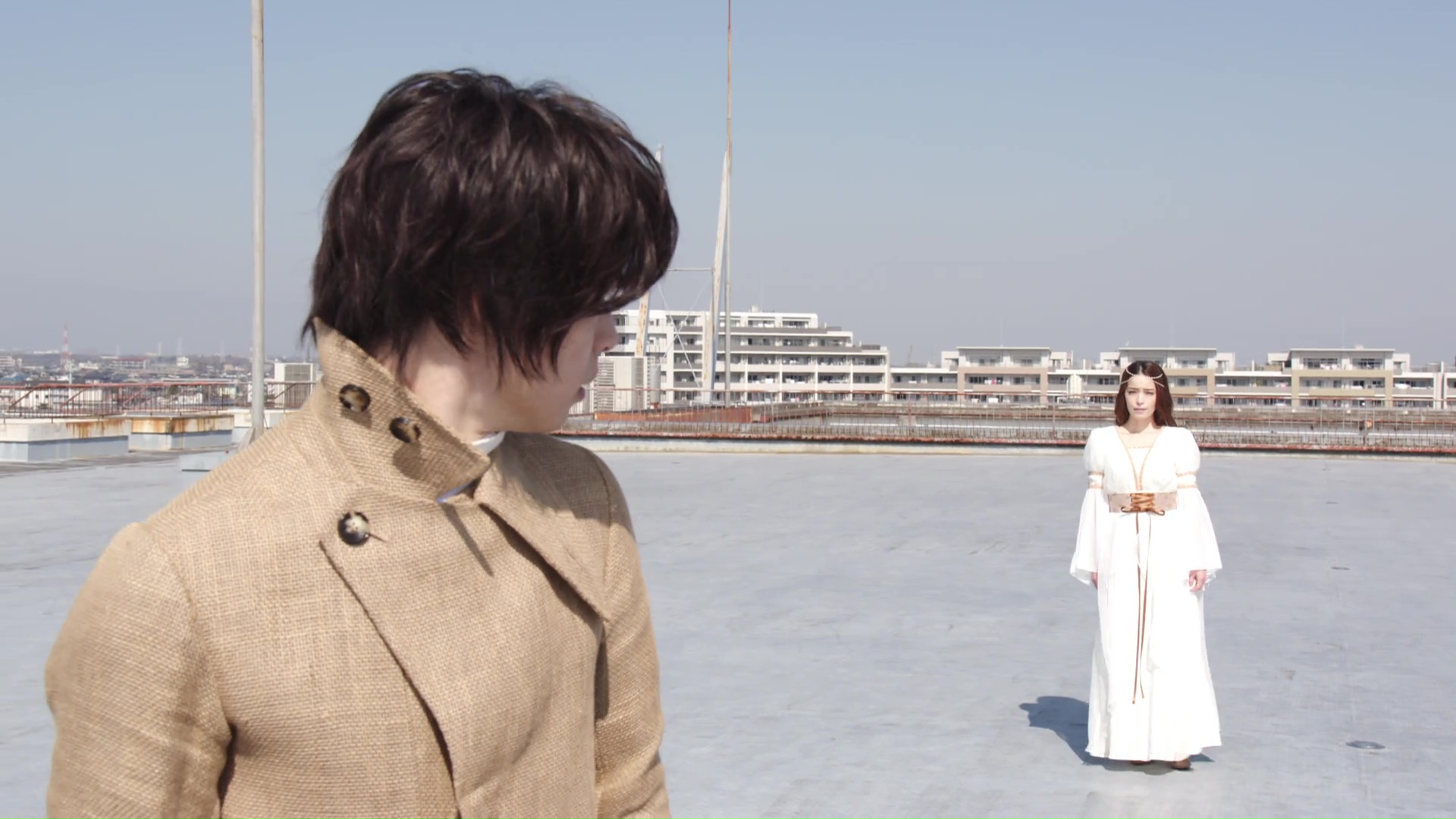 So much happened, yet nothing happened.

First up, Saber‘s endgame is Touma desperately wanting a little girl who is an anthropomorphic magical rail link between worlds to come back to him.

Touma thanking everyone for their unwavering pledge to protect Sophia and Luna and everything they’ve been fighting for seriously made me laugh. Like, Luna has barely been a major plot point of the season. But Touma saying thank you as if they’ve all promised to save his first born son from a kidnapper is just laughable. I’m just repeating myself every week. But every week, the show continues to try and pass off a moment or plot development as something big or consequential. In reality, they’re just highlighting how they haven’t done a good job of developing any of these supposedly major plot threads.

The same can be said for the Shindai Sibs rising up against the guy whose ass they’ve kissed all year. Or Master Isaac popping out of alien sky Books cackling around the world. Or the ~revelation~ that one of Kento and Touma has to die.

All of these ~developments~ feel like they were pulled out of thin air.

Again, they’ve completely diminished Reika as a character. (Though there wasn’t much there to begin with.) What the hell was going on with her? She going through something? She’s went from being a sneaky, badass character to making heart eyes at her brother. WTF?

Just like I could care less about Luna popping back up or not, I didn’t really care if Master Isaac defeated the Shindai Sibs or not. Touma and Rintaro coming to help them feels so unnecessary. Yeah, they’re the good guys who want to help everyone. And I mean everyone. But the Shindai Sibs? Who, other than being completely hollow characters, are also complicit in the world about to be sucked up into these terrible things known as Books.

If they are killed next week, then good riddance. (Though I know they’re not.) When the show dispatched Legeiel and Zooous so easily, it would be criminal to give either Shindai Sib some kind of grand exit. No thanks.

With Master Isaac Logos, him popping out of the Books was pure comedy. Like, literally, it looked like it was supposed to be played up for laughs as much as Desast falling on his back complete with the boing sound effect.

It wasn’t threatening or menacing at all.

And war? This isn’t Build or Gaim either.

Anyway, the most interesting thing about Saber this week was the online chatter about people wanting Mei to become Espada after Kento chose the dark sword last week.

I’ve always wanted to see Mei become a Rider. Not just because there should be more female Riders. But because Mei is one of the few well-developed characters of the season. She deserves it.

At the same time, Mei doesn’t need to wield a sword in order to actually be relevant. (Unlike most of the other characters this season.) She can still contribute as much, if not more than the rest of the team without having a sword and Driver. So I’m perfectly fine with that.

That said, if Mei becomes a Rider and ends up kicking ass and being more consequential to the endgame than any non-Touma/Rintaro Rider? That might just redeem this entire season for me. Lol

Anyway, this was a full episode of things that just happened. I mean, what’s there to say? Just go with the flow and see where this season ends up.

2 thoughts on “Recap: Kamen Rider Saber, Chapter 36: To Be Opened, the Omnipotent Power.”