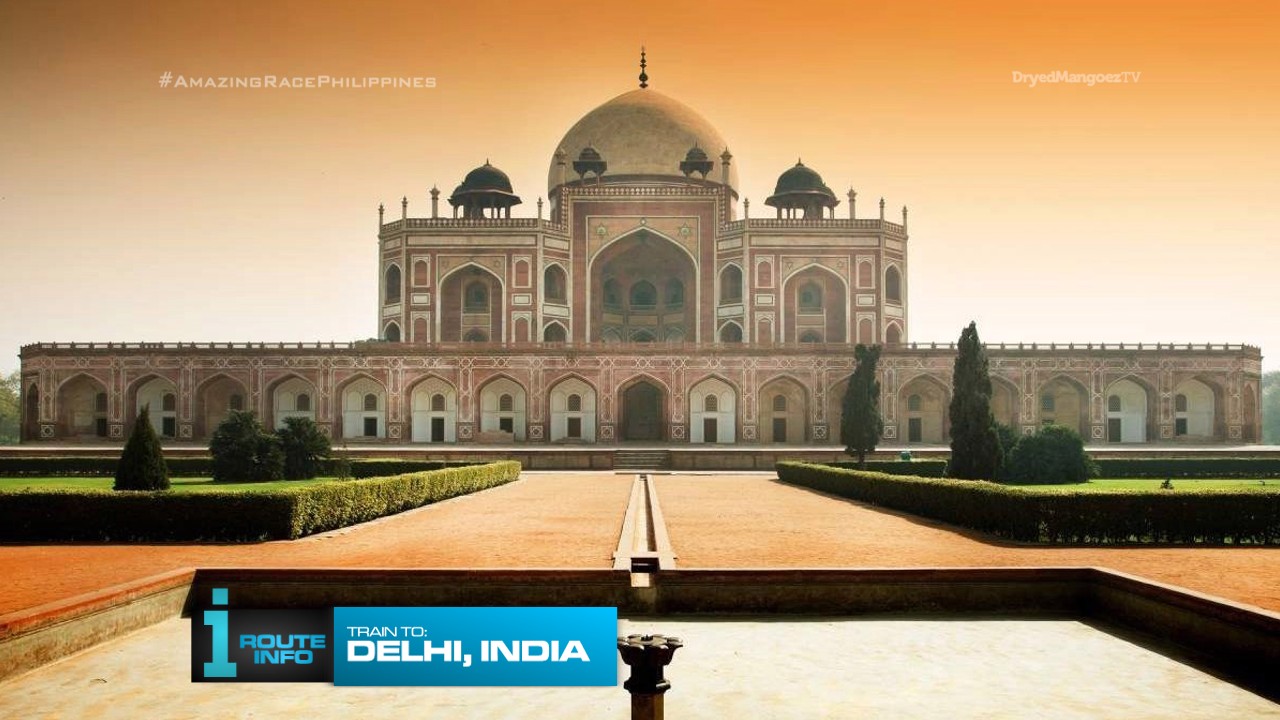 The 7th Leg of the Race begins as teams must take a train back to Delhi, India. 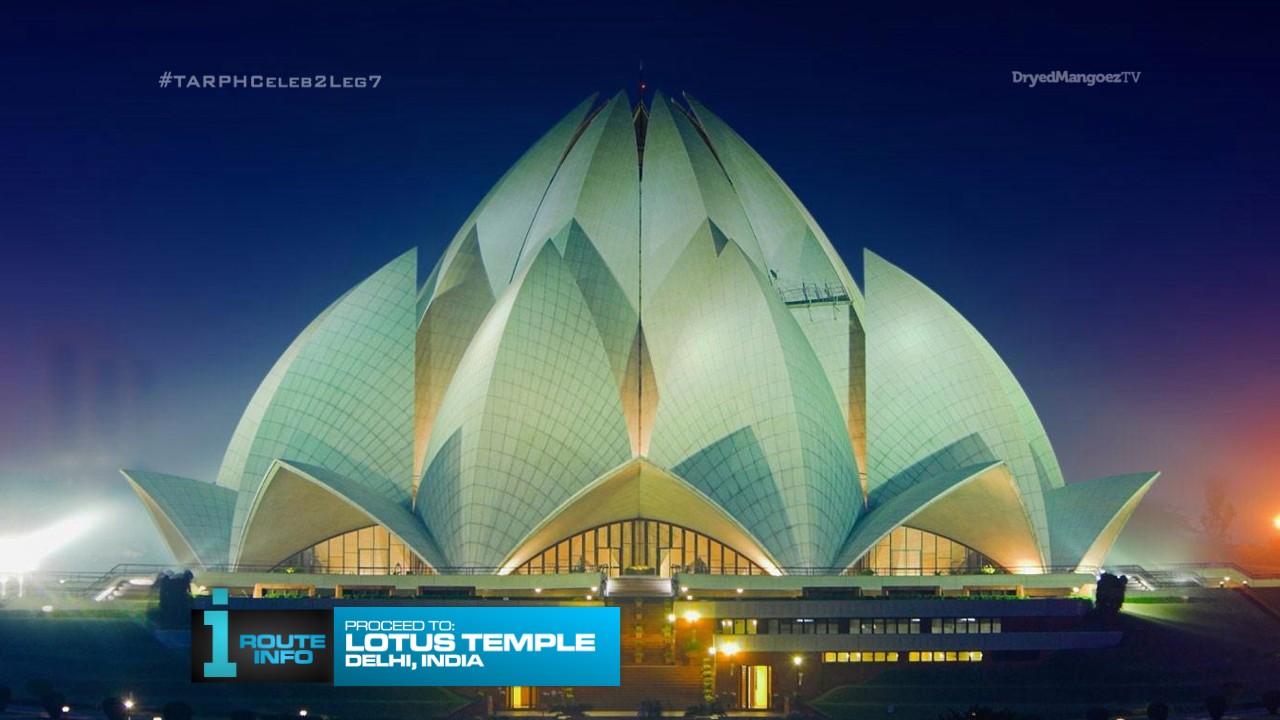 Once in Delhi, teams must make their way to the Lotus Temple to search for their next clue. 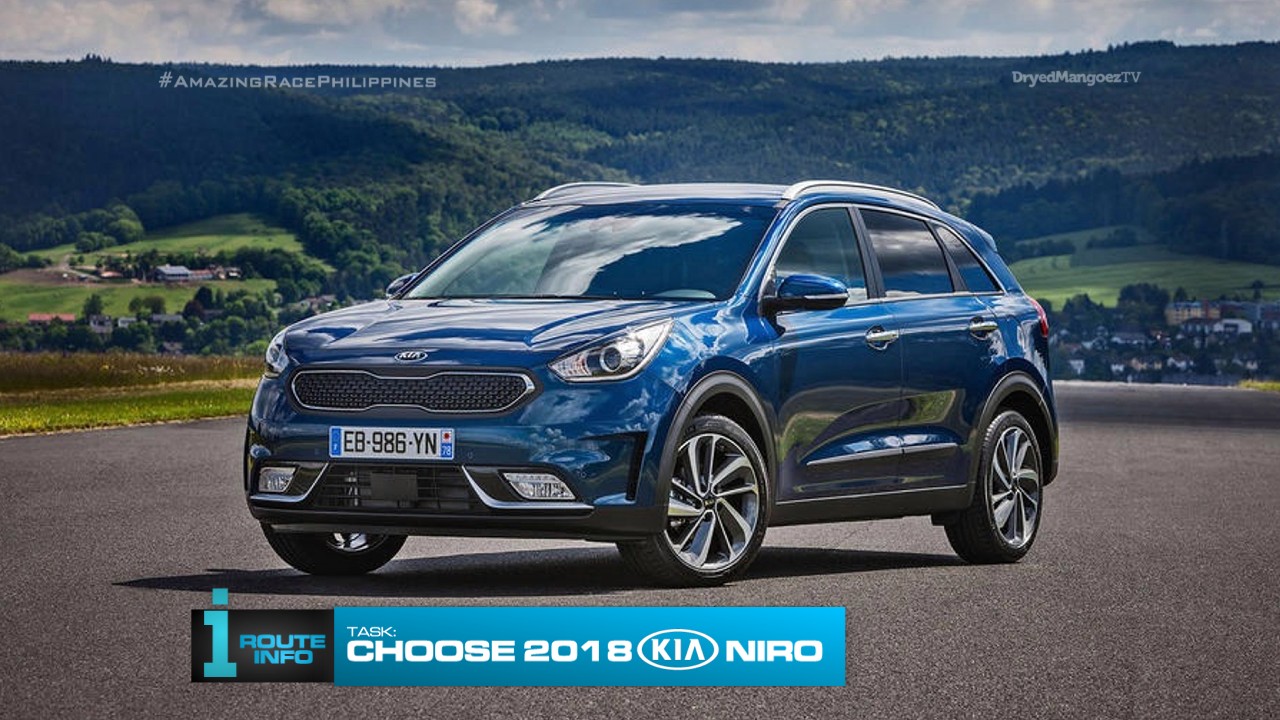 At the airport, teams must find and choose a flagged 2018 Kia Niro.

They must then drive themselves to the Markthal in Rotterdam.

Teams must first find the Forced Double U-Turn Vote Board before opening the next clue. What teams don’t know is that this is an extra Trigger Point. If more than four teams receive votes, the “All U-Turn” will be activated later on this Leg, meaning ALL teams will be U-Turned and must complete both Detours.

After voting, teams must search the market hall for their next clue which they must figure out is a flag in the window of an apartment above them. They must find that apartment and knock on the door to receive the next clue.

Delft is home to the international headquarters of IKEA. Teams must now drive themselves to the IKEA in Delft.

Here, teams must search the IKEA showroom and identify the products they assembled in the Gwangmyeong, Korea IKEA. They will take a ticket from each product and exchange them for the next clue.

ALSO! The first team to present their IKEA token from Korea along with the correct tickets will win US$5000 worth of IKEA products… each! 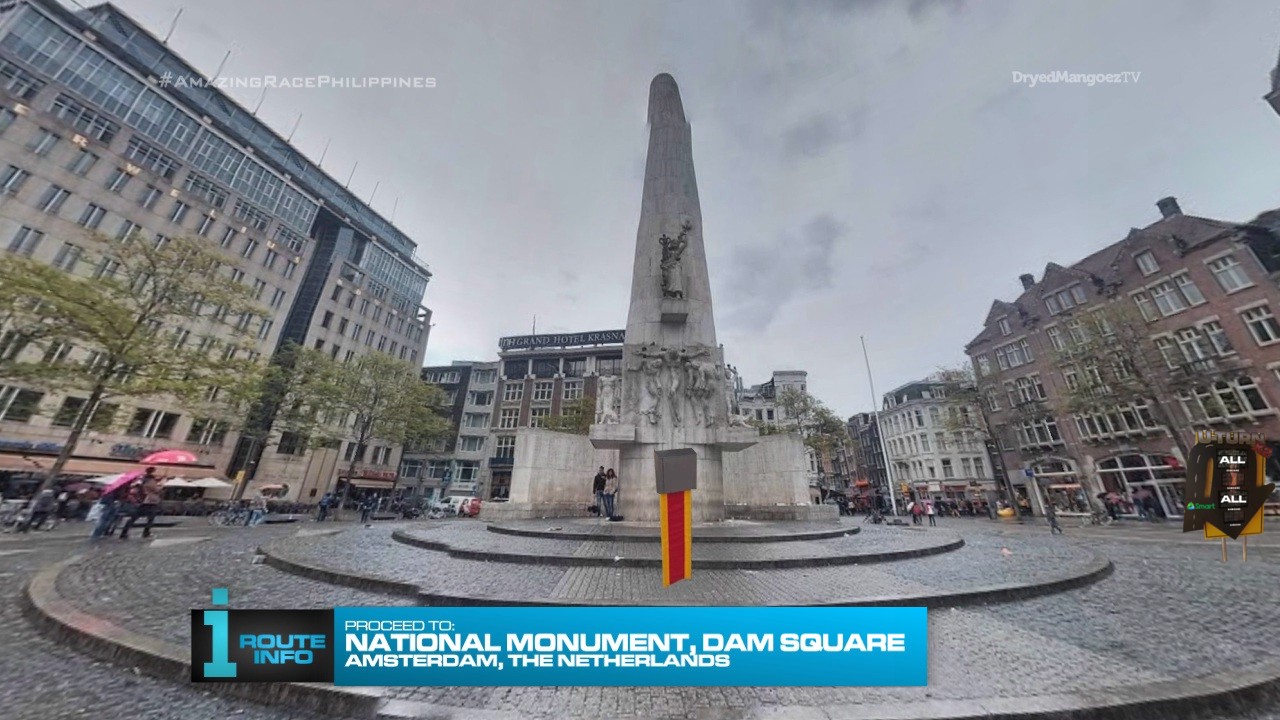 Teams must now head to the National Monument at Dam Square in Amsterdam.

Here, teams will learn that ALL teams have been U-Turned and will need to complete both sides of the Detour: Tunes for Tips or Protect the Palace. 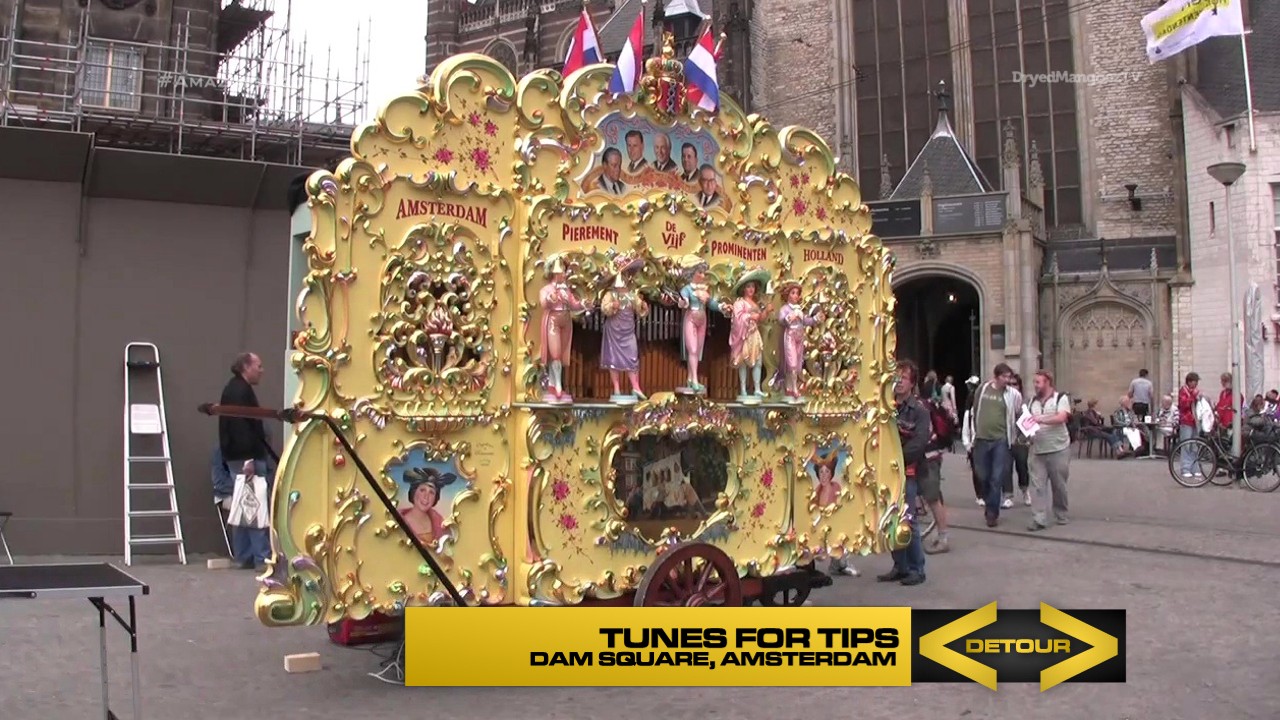 In Tunes for Tips, teams must search the area for a Dam Square street organ and transport it using a provided map to a specific location in the area. Here, they will set up the organ and perform a tune to earn money which will eventually be donated to a worthy charity.

In Protect the Palace, teams must head to the Royal Palace of Amsterdam and learn a changing of the guard ceremony routine which they must perform in front of the palace. BUT! Teams must ensure at least 20 people are watching their performance the entire way through while also making sure they perform the routine correctly. 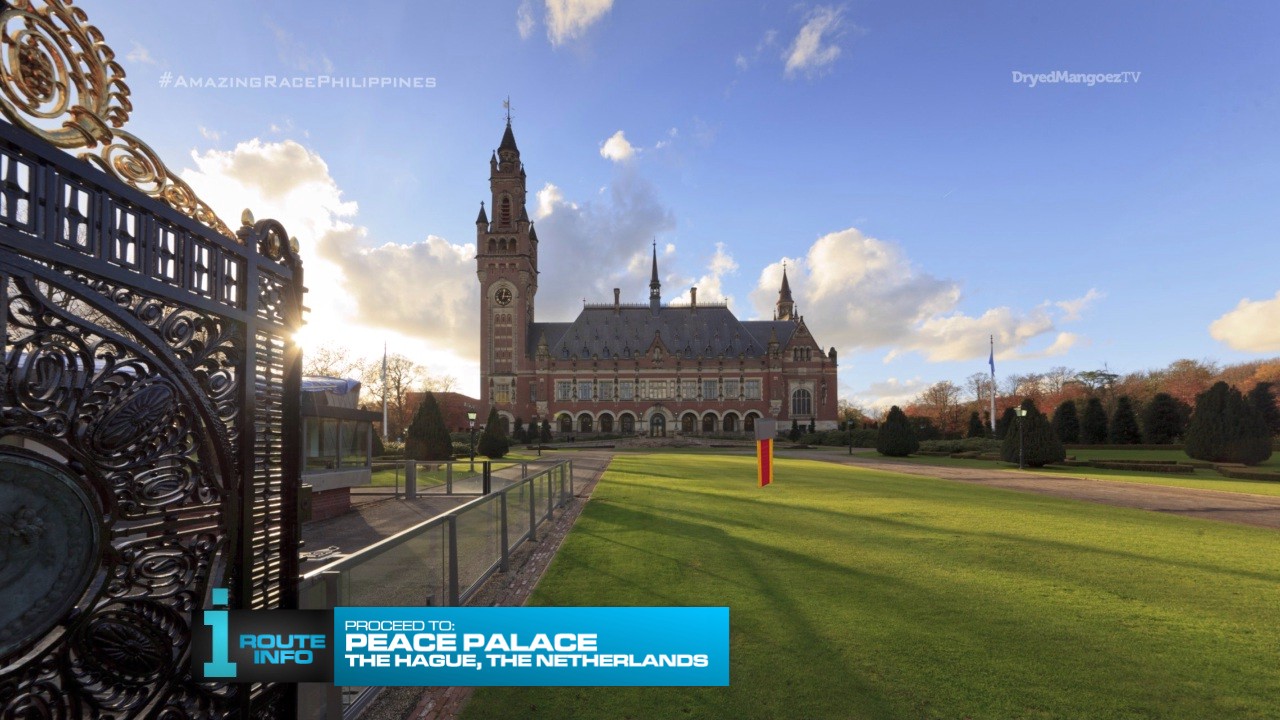 After performing both Detours, teams must drive to the Peace Palace in The Hague.

And here, teams will find the Road Block: Who will fight for justice? 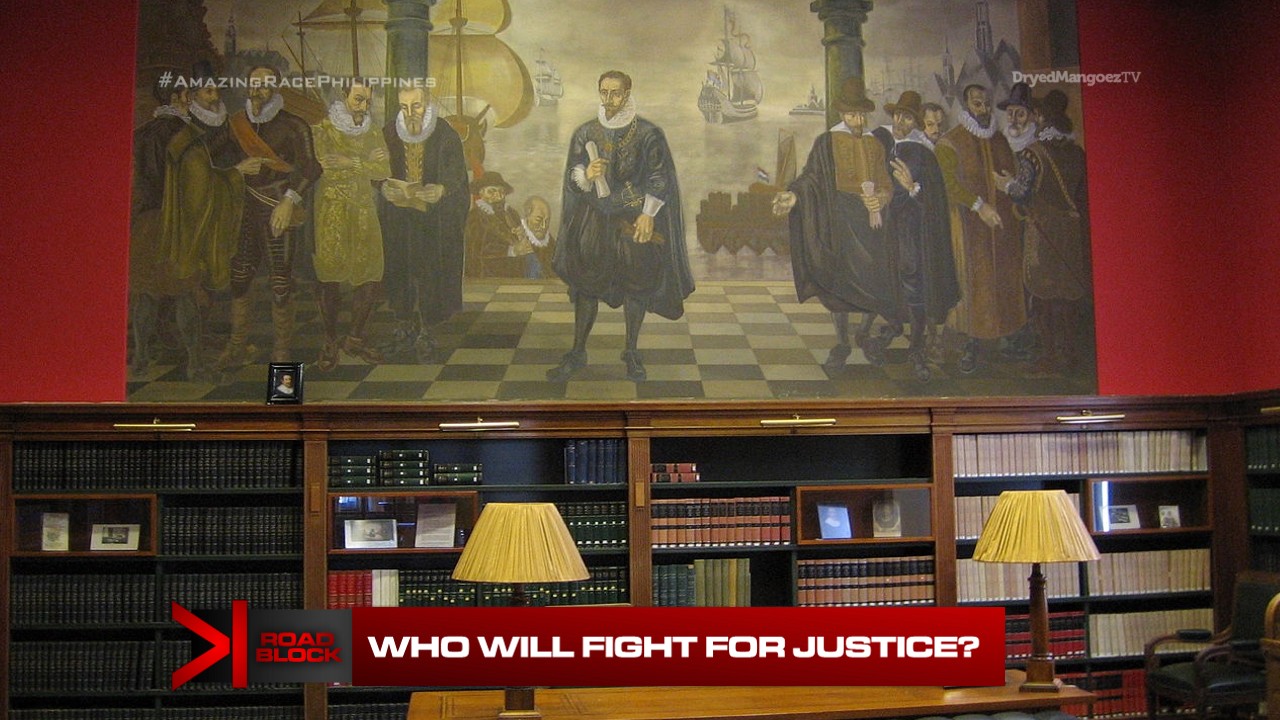 The Peace Palace houses the International Court of Justice, among other law bodies. Teams will head to the Peace Palace Library where they will be quizzed on obscure laws from countries they have visited so far on the Race. Teams must figure out which laws are real and which are not. If they get all correct, they will be given the next clue. If not, they must study up and take the test again, but that test may feature different laws. 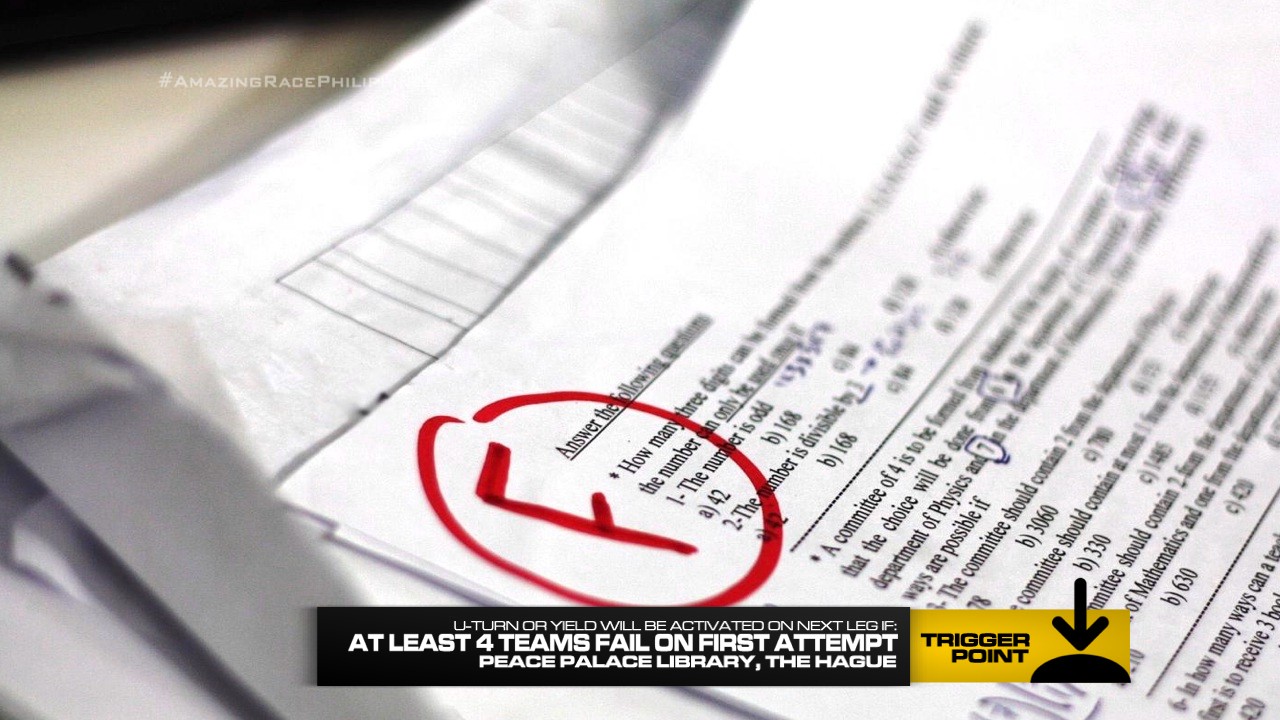 This is also the Trigger Point for this Leg of the Race. If at least four teams fail their first attempts, the U-Turn or Yield will be activated on the next Leg. 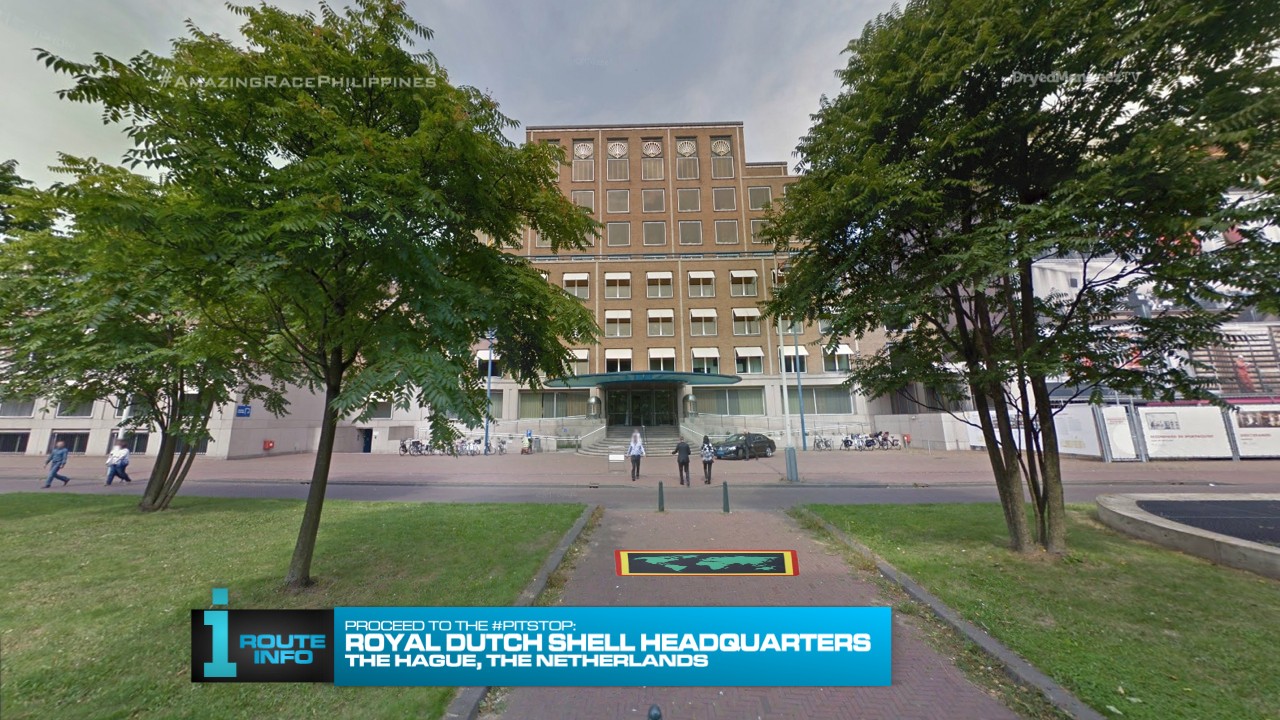 After the Road Block, teams can now head to the headquarters of one The Amazing Race Philippines‘ most loyal supporters, Royal Dutch Shell!

The last team to check-in here… WILL NOT be eliminated! This is a Non-Elimination Leg and the last place team must complete one of the following penalties on the next Leg:

First, we start with another train ride from Lucknow to Delhi. The Lotus Temple Route Marker is all just for logistics and to get teams on the needed flights to Amsterdam.

The main reason this Leg exists is to connect the IKEA task from Korea and of course, it should be in IKEA’s home in Delft.

It’s also possible to do something to connect India and The Netherlands and their history as well.

First though, the Markthal is a stunning building that should be very bustling in the morning. It’s a good location for the U-Turn vote board. But the task of having to see the flag in some random apartment window and then having to knock on the door should give the teams some big tension-filled moments right at the start of the Leg.

This is a good spot for the IKEA task. It’s a nice way to connect this to the Korea task while allowing for the nice prize to be given as well. And of course, a good way to advertise what would be a great TARPH sponsor. Hehe.

The All-U-Turn is just a way to get teams to complete both Detours which I think are very good and help fill out the Leg. And being in the same area could also be great TV.

The Road Block, I think, is very interesting. It’s a pretty fresh, original task. (Maybe?) And it should be a little fun too, especially if the laws are weird or funny. That fun can of course turn into frustration if teams repeatedly fail.

And finally, The Hague is also the headquarters of Shell, one of TARPH’s most loyal sponsors. So of course we must visit them. And not only visit them, but make them the Pit Stop for this Leg. And to repay the great advertising, they provide a doubled Leg prize! Wow!

Having teams drive the Amsterdam-Rotterdam-The Hague area should also provide some extra possible drama as well.

So overall, this is a very full Leg with lots of great potential for fun and drama and good competition.