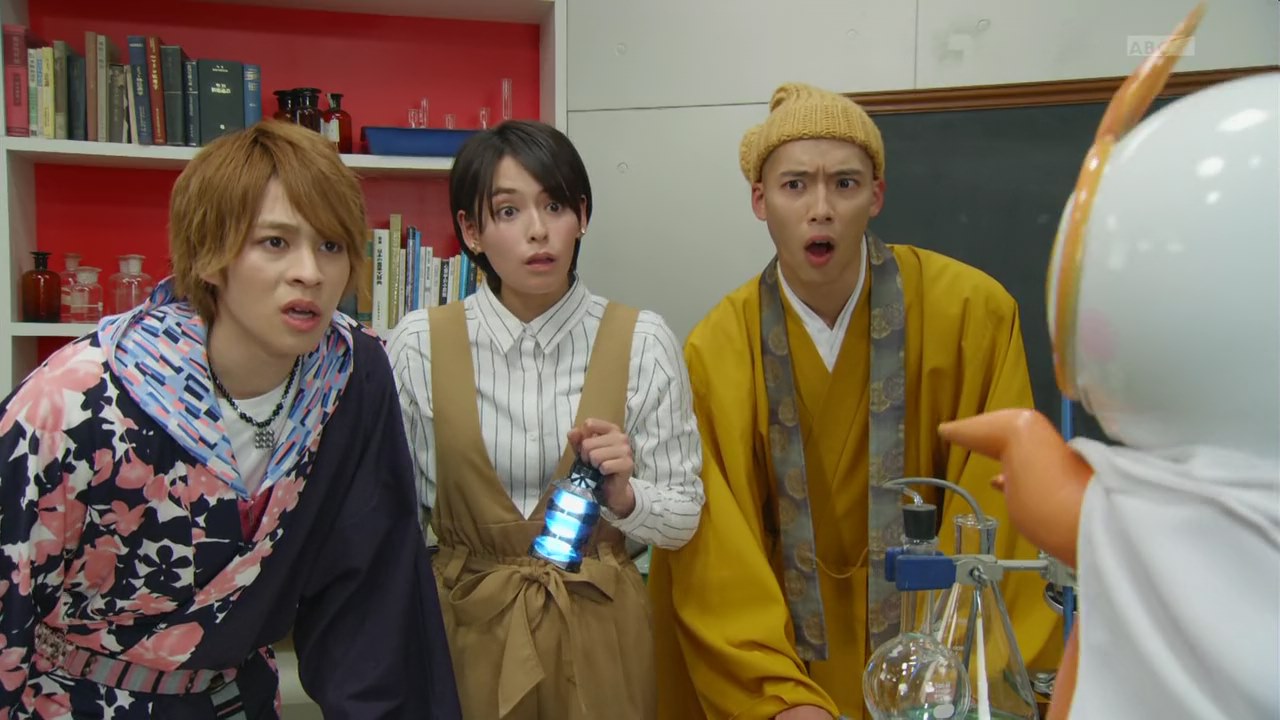 Over in the Ganma World, big papa Adonis tells Adel to summon everyone because “he” has a big announcement.

Meanwhile, Takeru is bothered by Alain’s motivations when it comes to Makoto-niichan. Onari and Akari remind him that Alain is a Ganma. Takeru understands that it might be difficult to befriend him, but after meeting the Art Supply Ganma, there might be more to them.

Takeru realizes all the pretty things Art Supply Ganma painted were round. Except for the office building. He asks Yurusen, who’s been lurking around this whole time, if he knows anything. But Yurusen says all he knows is that Kanon has gone out.

Takeru will go look for Kanon while Onari & Akari check out the building. And currently in that building, Igor has just infected the board of Deep Connect with Eyecons. 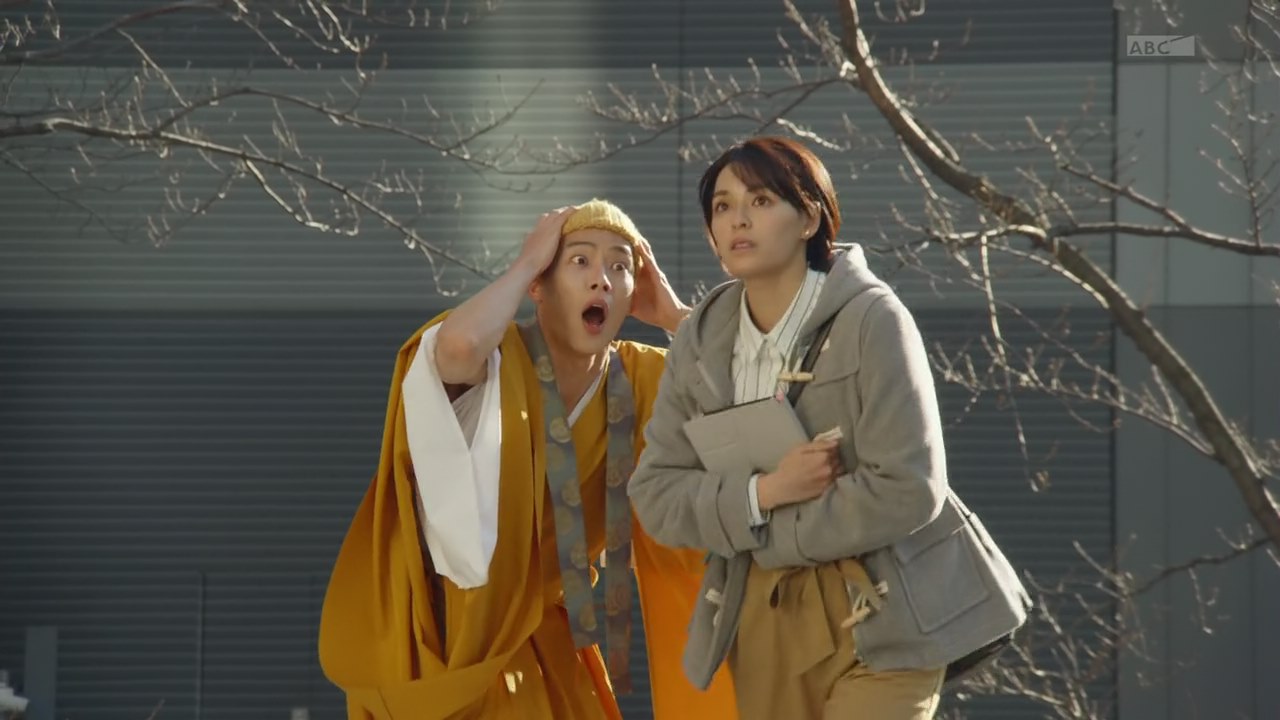 Akari and Onari arrive at the building, but it’s already back to normal. They head inside to investigate some more.

Takeru runs into the mailman who tells him about a gas tank that’s been turned into a painting. They too were round. And sure enough, Art Supply Ganma is there. Takeru tries to talk to him.

Alain is by the water and tells Makoto to just standby until he calls for him. Kanon arrives and vows not to leave his side until he returns her brother to her.

Takeru asks Art Supply Ganma to be his friend, but he has been told that humans cannot be trusted. He tries to get away, but ends up leading Takeru right to Igor.

Igor tells Art Supply Ganma it’s time for the next step, but the painter just wants to paint. Igor decides to get rid of the impure Art Supply Ganma, but Takeru won’t let him. They’re going to be friends!

Igor thinks friendship is illogical, so he henshins as does Takeru who goes Boost.

Alain and Kanon walk by, but only Alain sees the fighting.

Igor goes Seiryuto and Takeru goes Musashi. Igor turns his attention to Art Supply Ganma and is about to kill him for good, but Takeru takes the hit instead. 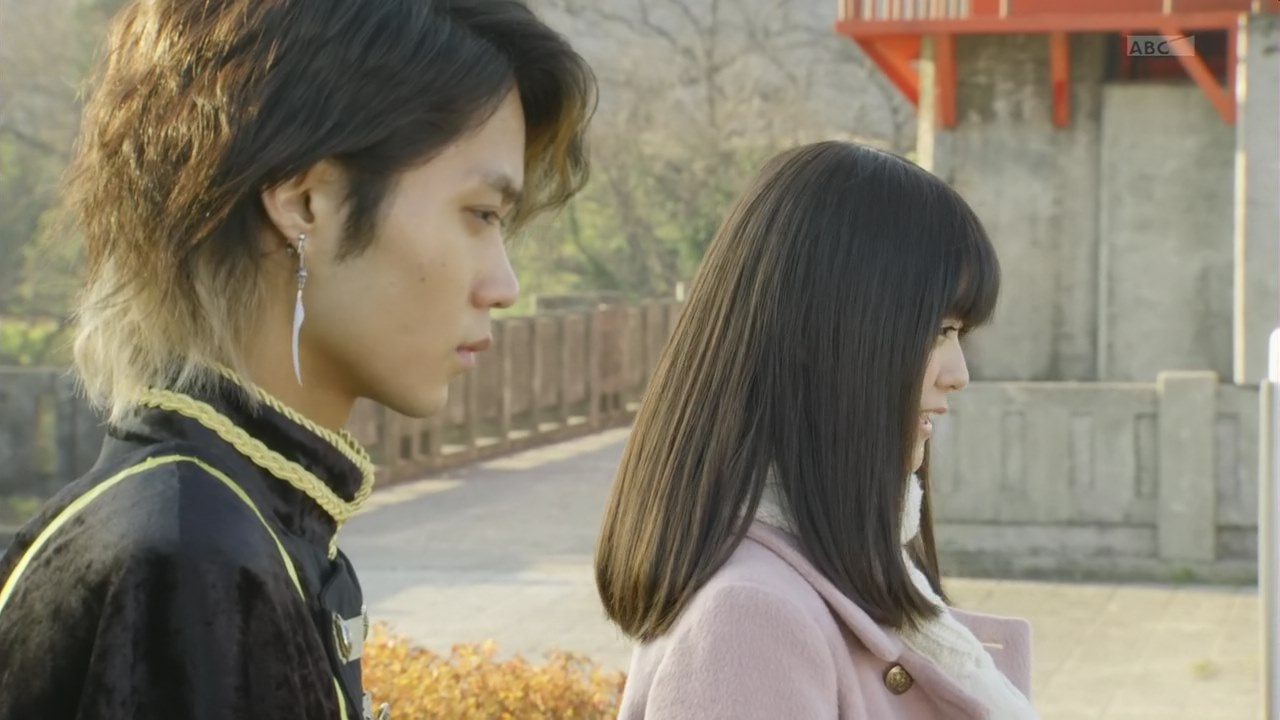 Alain asks Kanon what kind of man Takeru is. She says he’s been honest and straightforward ever since they were kids. And he’s Makoto’s best friend, just like Alain is.

Kanon thinks Alain and Takeru can be good friends too. Alain scoffs and walks away, but Kanon continues to follow. She apologizes if she said something offensive. The mailman sees Kanon walking away.

Igor is scared of Takeru’s Omega Drive so he leaves.

Art Supply Ganma thanks Takeru for saving his life. Takeru asks him why he likes painting so much. Art Supply Ganma says it was only an order first, but he soon began to love it. Especially with all the pretty things in this world. Takeru understands he likes to paint, but asks him to stop painting for a while because it might hurt people.

Art Supply Ganma takes that the wrong way. The mailman arrives and sees Takeru talking to himself. Takeru denies anyone is here with him and Art Supply Ganma feels even more betrayed.

Alain again tells Kanon to go home. But she says she believes in him and thanks his family for helping her and Makoto survive in the Ganma World. Alain denies doing anything to help, but Kanon says he became friends with her brother. And (big sis) Aria also looked after them.

That’s why Kanon believes Alain would never do anything to hurt Makoto. Of course, Makoto says, they’re good friends.

Takeru interrupts the moment and Alain snaps out of it. He accuses Kanon of setting this all up. She is human, after all.

Art Supply Ganma watches from around the corner as Alain summons Makoto to fight Takeru. Kanon calls for her brother to stop, which he does for a second before continuing. Takeru thinks it’s because deep down in his heart, Makoto is trying to fight this. Alain says he no longer has a heart.

Makoto fires an Omega Spark at Takeru, causing him to dehenshin. Takeru will not let his Makoto-niichan suffer any longer. Alain says he’s suffering because of that heart and he’d be happier without it.

Takeru asserts that hearts are what connects friends, it’s what makes them human. Art Supply Ganma listens intently. Kanon begs Alain to stop. But Alain vows to show how such human nonsense is a hindrance to a perfect world.

Takeru says he believes in Makoto-niichan. Very well. Alain orders Makoto to finish off Takeru for good. Takeru just stands there as Makoto aims and fires a Necrom Omega Drive.

But suddenly, Art Supply Ganma jumps out and absorbs the attack.

Onari and Akari don’t understand how a Ganma could do such a thing. Takeru runs over and begs Art Supply Ganma not to die. Why would he do this? Because they are friends, Art Supply Ganma says.

Alain orders Makoto to really finish off Takeru for good. But Takeru just runs straight for Makoto. Kanon too. They both hold him and try to get him to wake up.

Nobunaga sucks Takeru in for a short chat before lending him his power along with King Tut’s. They knock the Necrom Eyecon out of Makoto and he’s back to normal. 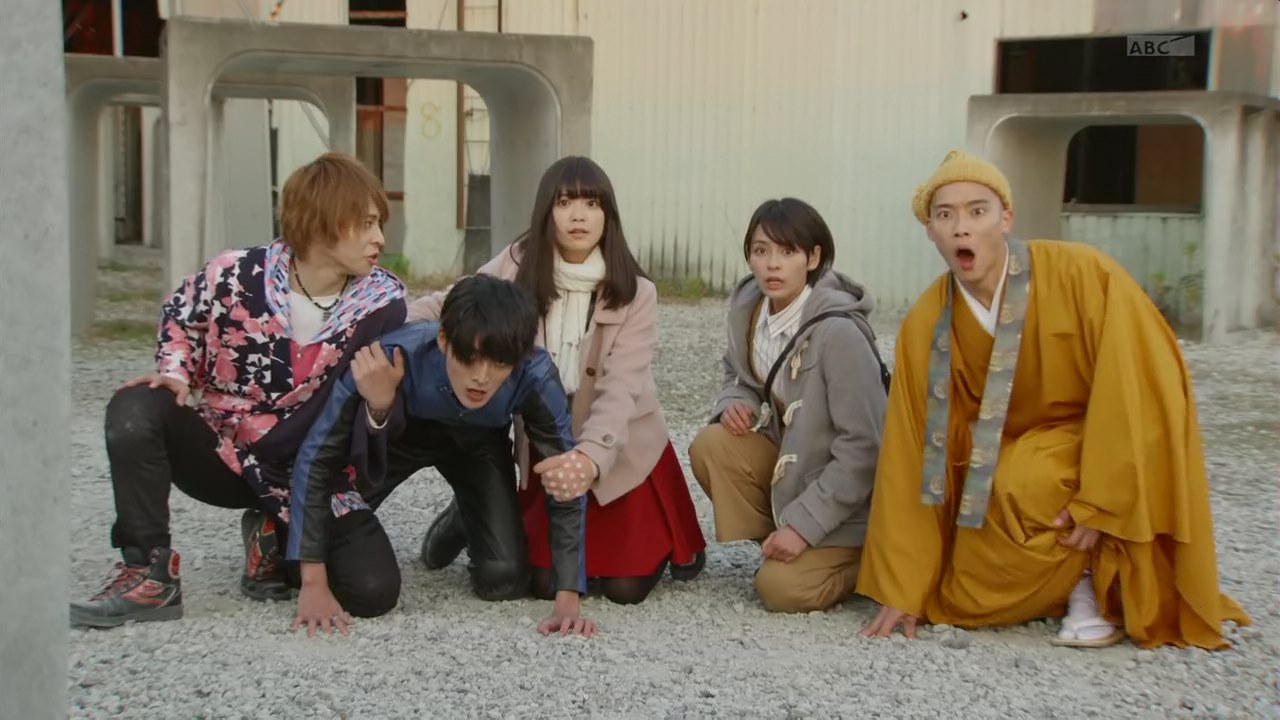 Alain will not stand for any of this and he henshins to Necrom.

Takeru and Makoto also henshin and the battle begins.

Takeru and Makoto fire at Alain from both sides, but he just liquefies himself. Makoto tells Takeru to believe in him as he has a plan. Makoto borrows Edison and they deliver two Omega Drives together to knock Alain down.

Alain just laughs and appears to be summoning some big power. But he is interrupted by a message and leaves.

Art Supply Ganma wakes up and says he only fainted. Anyway, he still wants to paint. And that includes Onari’s beautiful bald head.

Makoto is amused the always affable Takeru has even made friends with a Ganma. Indeed, even a Ganma can have a heart, Takeru says.

Happy times. And to bring that all crashing down, Makoto drops the bomb that his body is still in the Ganma world. And Alain can do whatever he wants with it, whenever he feels like it.

The Royal Family of Adonis, Aria, Adel and Alain have gathered. (This must be “everyone.”) They await the special person, Magistrate Edith. And this Edith…

A good episode. Thank goodness Art Supply Ganma survived! Yay! Like I said, I hate when they kill off the “nice” MOTWs. And usually, whenever the odd one does survive, they regularly pop up for some fun later on. (Hello Gokaiger‘s Jealoushitto!)

Big picture, Art Supply Ganma helps to clue us in on the Ganma a little bit. Not all are European-named royals with some sinister plans. There are nice, simple Ganma who just need to have their eyes opened to non-dark and red environments and objects. Like nice pretty round things. And as we might infer, the blue sky, the bright sun and chirping birds. Right Alain?

I really need to stop reading the pre-commercial teasers. “A surprising man appears at Alain’s home!” Well duh of course it’d be Grampa Sennin, or some lookalike at least. But at least it’d have been a little more of a surprise had I not read it beforehand. lol

But speaking of revealing on-screen text, we’re supposed to learn what the big deal is about the family in the next episode. Well, I hope so! It’s been okay watching everything play out so far, but I think we do need to get on with finding out exactly what a possible endgame could be for the villains.

Makoto-niichan’s big bombshell is interesting. If only for thinking about what possible reason the Ganma (or just Alain?!) have for keeping his body. What are they doing to it?! lol But more importantly, what is the Makoto-niichan we’ve been seeing all this time? Does Kanon not know? She’s still #TeamRoyalFamily and just wants everyone to get along. So it’s good that they seem to have found a way to keep her oblivious and/or naive about everything that’s happened in the Ganma World, I guess. I just hope when she finds out what’s actually going on, her soul is crushed. Emotionally, I mean. That’d be a good moment and serve a nice motivator.

We know Igor is off setting something up. I would like to see Akari be the one that eventually finds out what he’s doing and blows that sh-t up. After a little more playing around with that rivalry though. Plus Onari, of course, will be there to back her up. Heh.

Anyway, overall a good episode. Good wrap-up to Art Supply friend and nice set-up for whatever the Ganma World hell is coming up next.