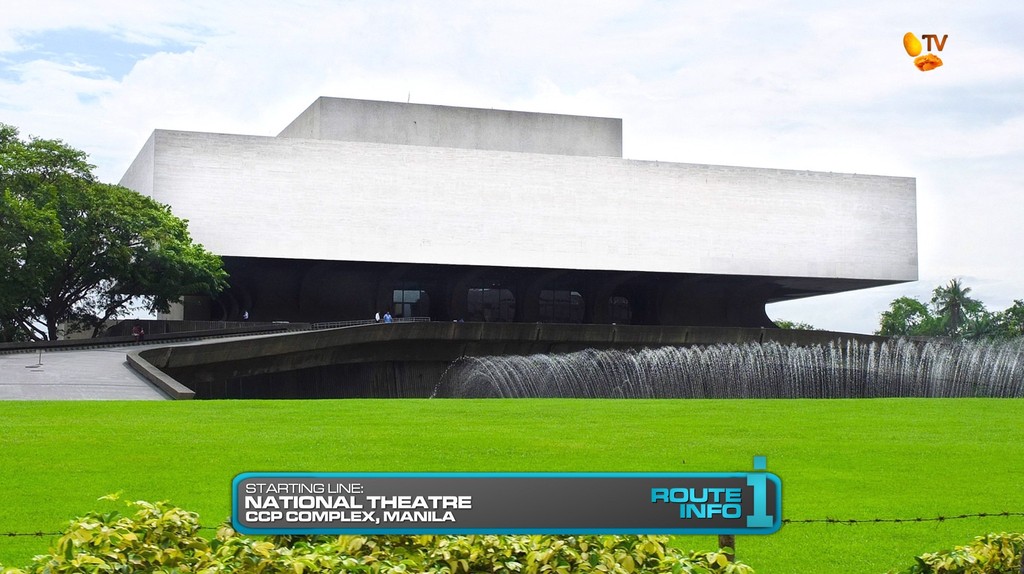 The Cultural Center of the Philippines was established to preserve, develop and promote arts and culture in the Philippines. And this iconic building is the centerpiece of the CCP Complex in Manila, the Tanghalang Pambansa, the National Theatre. From here, 11 brand new teams will set off on a Race that will take them further than ever before.

Their first destination is Macau, China. To get there, teams will be flying on one of two flights. The first flight on Cebu Pacific is direct to Macau. The second flight is a Cathay Pacific flight to Hong Kong where teams will need to catch a ferry to Macau.

Teams will find the location of the plane tickets in their first clues on top of their backpacks which are courtesy of Rexona. 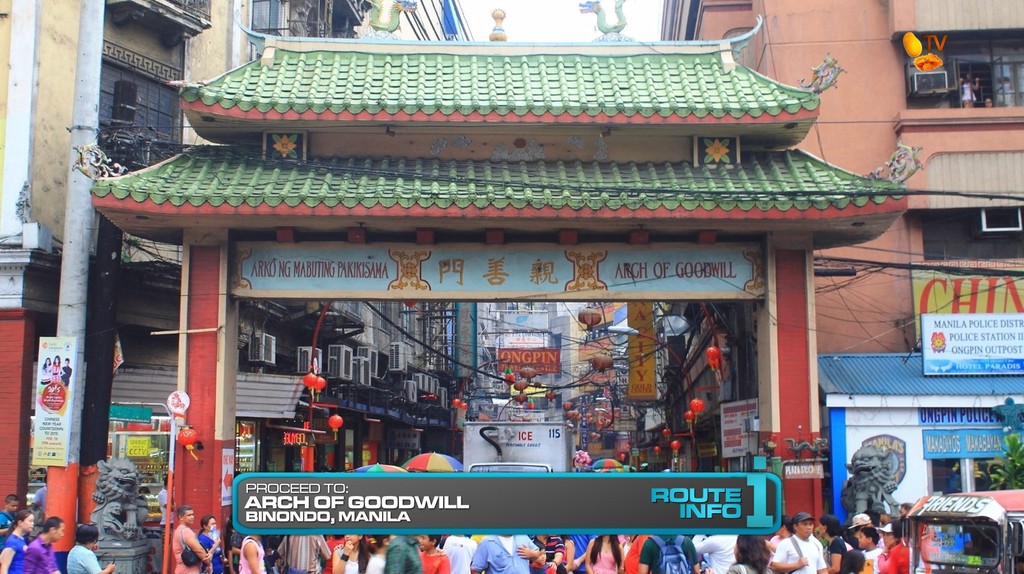 The teams can find the tickets at Arko ng Mabuting Pakikisama in Manila. They’ll have to figure out that the clue refers to the Arch of Goodwill at the entrance to Manila’s Chinatown. And they’ll need to make sure they’re at the correct Arch. Once they get there, teams can choose whichever flight they prefer.

ALSO! In this first clue, teams are also given an opportunity to win one of two Express Passes. To find the Express Pass, teams must FIRST make their way to Minor Basilica of St. Lorenzo Ruiz and Our Lady of the Most Holy Rosary Parish. This is more commonly known as Binondo Church.

Once teams claim plane tickets, they will not be able to win an Express Pass.

Once in Macau, teams must make their way to the A-Ma Temple where they will perform an ancient ritual that helps ward off spirits – lighting firecrackers.

Teams must then make their way to Macau Tower where they will find a Double Road Block.

For this Double Road Block, teams will need to decide which team member likes it fast and which likes it slow. 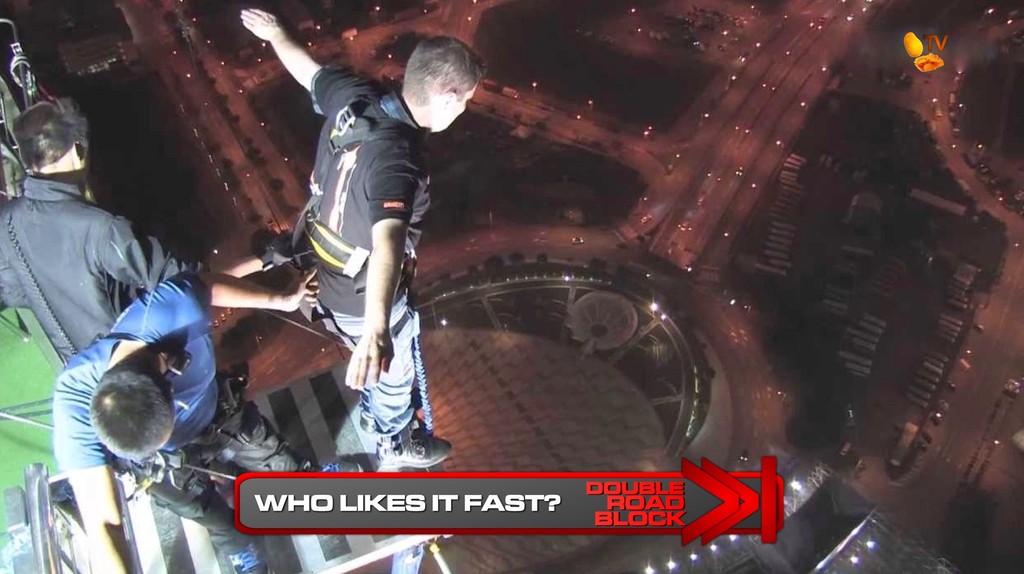 The team member who likes it fast will bungy jump 233 meters from the top of the tower. 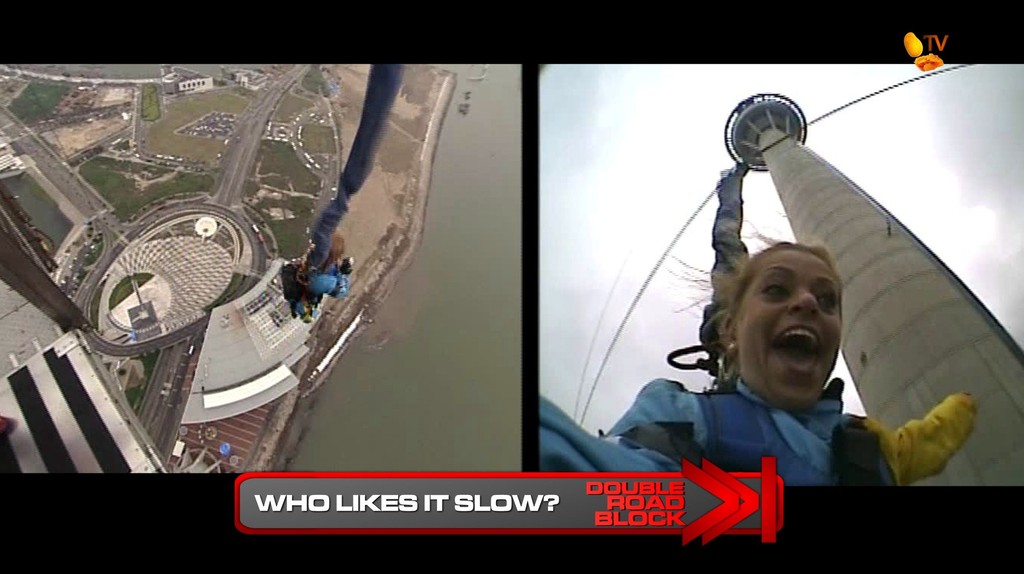 The team member who likes it slow will do the SkyJump where they will instead have a controlled, tethered descent the same 233 meters.

Each team member will be given half of the next clue which they will join together.

That clue will direct teams to Senado Square.

At the fountain, they will pick up a scroll and then search the area for six shrines, each marked with six ancient Chinese symbols. At each shrine, teams must stamp their scroll with the symbol. 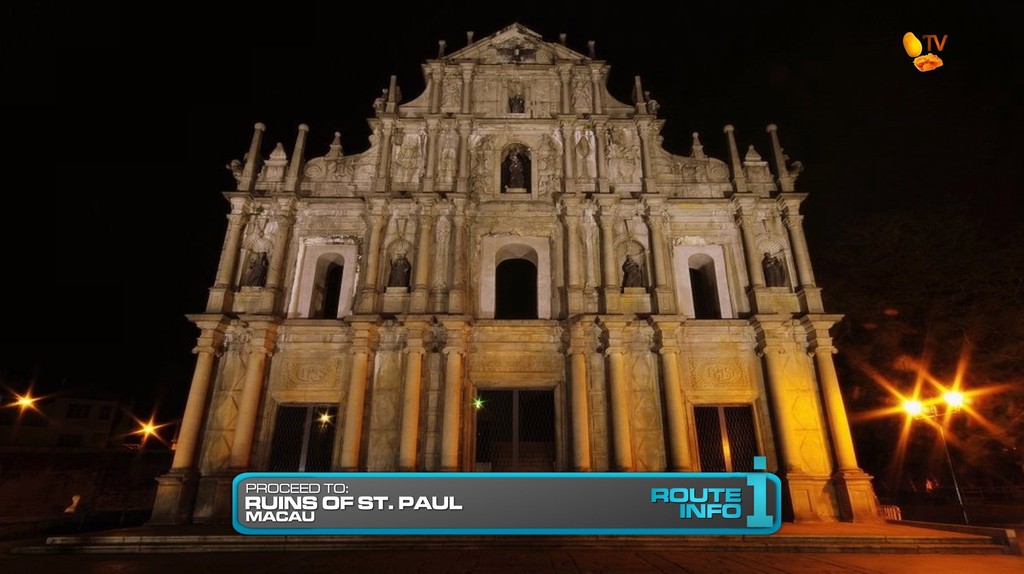 Once they’ve finished, they can head to the Ruins of St. Paul and exchange the scroll for their next clue.

Teams must now make their way to Sai Van Lake where they must wait until 6am to take part in the Double Battle!

For this Double Battle Duel Duel, teams will divide themselves into two groups of at least 5 teams and then hop into dragon boats for a race. The 1st place boat will get their next clue immediately. The 2nd place boat will incur a 15 minute penalty.

After the DBDD, teams will find the Detour, Noodles & Hands or Head & Drum. 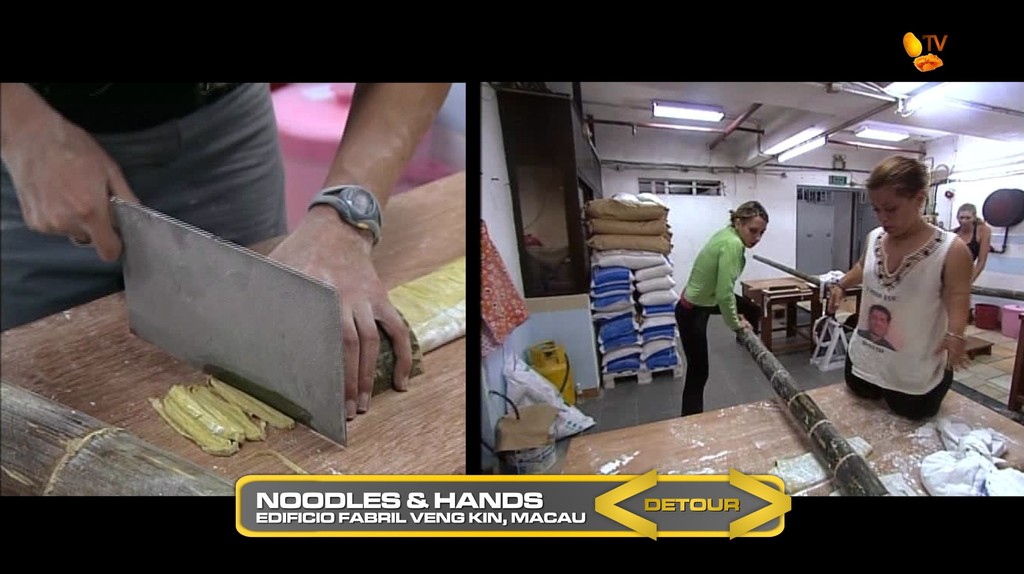 In Noodles & Hands, teams must make two bundles of traditional Chinese noodles using traditional methods to receive their next clue.

In Head & Drum, teams must travel to a warehouse to pick up a dragon head and drum and carry it 1.2 km to the harbor at Nam Van Lake. There, they must attach the dragon head to the correct corresponding dragon boat to receive their next clue.

And that final clue points teams to the Pit Stop at the Statue of Guanyin.

They will have to serve that penalty on the next Leg… 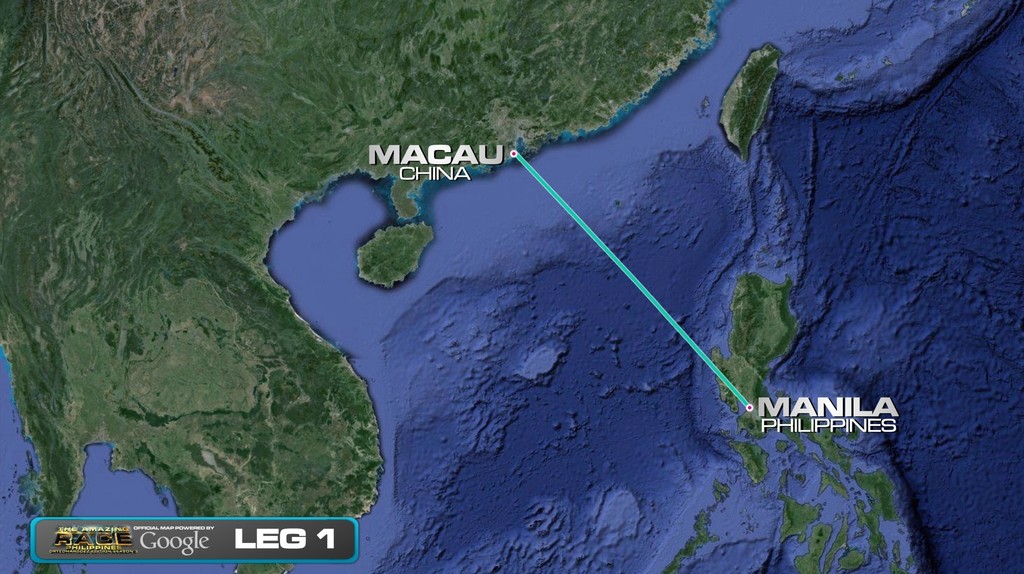 We start with a simple little task at the Starting Line where teams will have to be fast thinkers and figure out the riddle-like proper names for the two locations. Like in season 2, it’ll be in team’s best interest to go for the Express Pass first since the flights won’t really matter on this Leg. (Heh.) Especially since teams will likely go for the direct flight to Macau over the flight to Hong Kong which may even get teams as much as 15 minutes earlier into Macau.

But the first Route Marker at the A-Ma Temple will likely be an equalizer anyway as well as the Double Road Block at Macau Tower.

Of course, there has to be a Macau Tower bungy jump. This is the first Leg after all. And the half clues will force everyone to jump, no matter what. (*evillaugh*)

Continuing this TAR Canada-copiedinspired Leg, the Senado Square task is just filler to have teams doing something in the early morning before the 6am Duel Duel.

By now, it’s already a pretty full Leg and would probably end here if it was TARUS. But this is TARPH. And since it is TARPH, they want to instigate as much soapy drama as possible. So the Duel Duel could get teams frustrated and maybe even testy with each other, especially if they get lumped in with a slow group. And again, this Duel Duel will end up not being too much of a setback for any team anyway.

And to top this Leg off, two straightforward Detours that will help exhaust teams even more before getting the shock that the next Leg begins immediately.