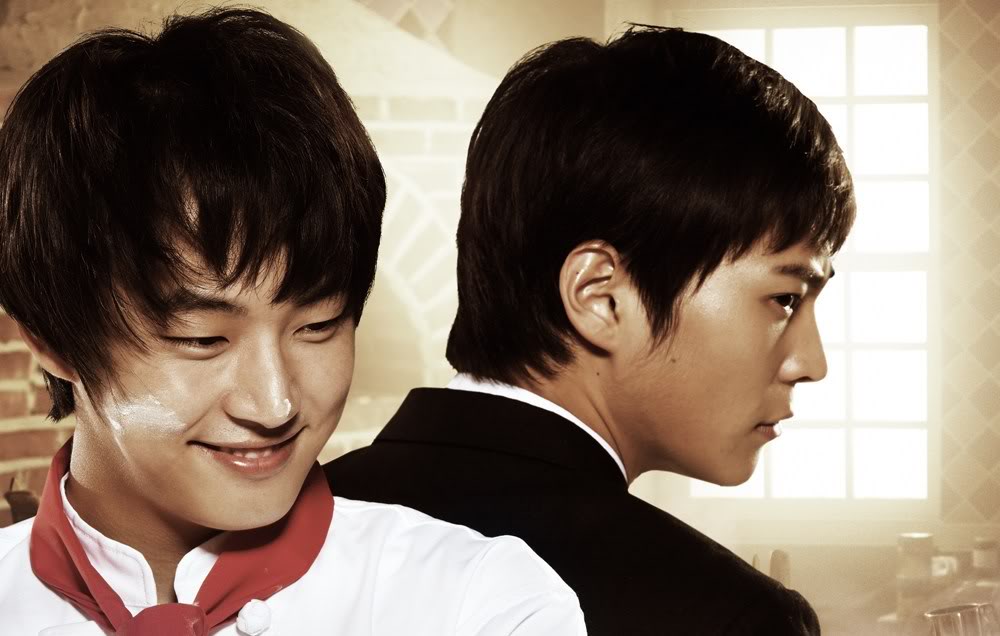 : FIRST IMPRESSION REVIEW
Some spoilers for first couple of episodes.

It is only September, but one Korean drama seems poised to be the most watched and quite possibly the best drama of 2010.

This drama has taken the country by storm hurricane, now officially a “national drama” by quickly rising to ratings upwards of 40% and poised to top the rare 50% mark as it nears its finale. A series that probably not even KBS, its network, expected to become such an immense hit.

The drama is Baker King, Kim Tak Goo (제빵왕 김탁구/King of Baking, Kim Tak Goo/Int’l title: Bread, Love and Dreams), an emotional roller coaster of a series that tells a story of revenge, hope, love, and dreams in a way no other Korean drama has done this year.

A Full, Carefully Crafted Story
Baker King begins by introducing us to the wealthy Goo family who own a food empire that focuses on family patriarch Il Jung’s passion for baking. But not all is happy in the manor as the family only has two daughters yet no son to inherit the land. As frustration over the lack of an heir weighs on the minds of Il Jung, his wife In Sook , and his mother, Il Jung begins fancying a nurse, Kim Mi Sun, an employee of the manor, whom he basically seduces to hope a son is born of their one night together.

Being equally frustrated despite continually trying with her own husband and finding out of Mi Sun’s pregnancy by him, In Sook lets it all out to Han Seung Jae, Il Jung’s right hand man who harbors feelings for her. They too share a night together and she becomes pregnant… with a son! whom she will continue to pass off as her husband’s.

Mi Sun leaves the mansion, despite Il Jung and his mother insisting they stay. Fast forward 12 years later when Mi Sun and her son, Tak Goo (a name suggested by Il Jung) are living a simple life in the country. Not wanting to keep her already street smart son struggling in life, Mi Sun takes Tak Goo to his father, hoping they will take better care of him than she could.

Tak Goo isn’t necessarily welcomed with open arms, especially by In Sook and her son Ma Jun, knowing Tak Goo could take everything away from her and her son as the eldest male heir of their now food empire.

Tak Goo isn’t happy about staying at the mansion either, preferring to be with his mother and their simple life. But with many hands on deck wanting to keep Tak Goo from getting anywhere near the company and family and with the first of just many surprising twists, Tak Goo and his mother Mi Sun are separated for the next 12 years. And during those 12 years, Tak Goo lives on the streets, fending for himself and searching the entire country for his mother.

And that is only the beginning.

Now in his 20s, Tak Goo begins crossing paths with the people of his childhood, the people he holds responsible for him being separated from his mother, and his first love.

Tak Goo used to love the smell of bread, gifted with a powerful sense of smell that allowed him, among other things, to distinguish between good and bad dough for baking; a quality highly admired by his father, a student of baking himself, during their short time together. Because of the events 12 years ago, Tak Goo swore off bread, pointing out the bad memories it brought about. But soon it is bread and baking that he uses to prove himself, prove his worth, and drives him to move forward when a master baker (whom he first meets that night 12 years ago he started life on his own) takes him into his bakery as his mentor.

Never a Dull Moment
That seems like a lot, already the entire plot of a typical Korean drama series. But what probably makes Baker King stand out from the rest is that the writers have written a carefully crafted story that continually drives the series forward.

The series is fast paced, easily able to fill its 30 episode order with story when some dramas can’t even fill the typical 16-episode order without going in circles and/or unrelated subplots.

There are so many moving pieces in each episode, all contributing to the overarching story. With one surprise and twist after another, Baker King manages to not only keep the story moving, but grab a hold of your interest and never lets it go.

The series’ ability to jerk itself away from tired drama clichés is a major part in that continuous flow. Just when you think they’ll delve into stereotypical soap, they jerk you back onto the road less traveled.

Baker King is an emotional roller coaster in the best way possible. Happiness, sadness, anger, excitement; Tearing up from being so moved to standing up and cheering to wanting to throw something at the television in anger, Baker King arouses emotion so well that you are more than invested in the lives of these characters, especially our hero Kim Tak Goo.

Strong All Around
While other current Korean dramas are slickly produced, Baker King smartly uses it’s incredibly strong cast to boost its already strong script. Yoon Shi Yoon, who is a relative newcomer, leads the series like he’s been doing this for years. Charming and likeable, you can’t help but want to root for him.

The rest of the cast including newcomer Joo Won as Ma Jun, young drama veterans Lee Young Ah (as Mi Sun, granddaughter of the master baker Pal Bong) and fan favorite Eugene (as Tak Goo’s first love, Yoo Kyung) as well as the real veterans Jun Kwang Ryul, Jun In Hwa, Jun Mi Sun, and Jung Sung Mo all bring to life characters you want to root for and love to hate.

It is not hard to see why South Korea and the rest of the world have been captivated by Baker King, Kim Tak Goo. It is a story of revenge, hope, love, determination, and dreams. It is excellently written, flawlessly performed, and a real winner.

A very big, but welcome surprise in the world of Korean drama.