For Your Emmy Consideration: Battlestar Galactica

It was a random Saturday evening in January 2005. I had nothing better to do that night so I flipped on the TV and turned to NBC (usually one of the first channels I’d turn to).

I had no idea what was on that night, and even more so when I actually saw what was on. Whatever it was, it seemed interesting so I tuned in for the rest of the 2 and a half hours. People in military uniforms, a sexy lady in a red dress (at one point accompanied by some robot thing), space ships, a very dark (literally) atmosphere… what was this? Some Star Trek movie or something?

I would soon find out that what I had watched was actually an edited version of a miniseries entitled Battlestar Galactica that aired on the Sci Fi channel a little over a year before. NBC aired it on the usually dead Saturday to boost the premiere of the episodic series continuation of the miniseries that was going to begin on Sci Fi that week.

So I read up on it, learned about the original late 70s-early 80s series, remembered that some space show was in development at Fox a few years before, and decided I would check out the series.

I never really tuned in to Sci Fi before, mostly because I was never interested in aliens and space ships (which is what I thought all the network had to offer). Star Wars was alright to me and I probably only ever watched parts of 3 episodes of any Star Trek series ever produced.

So a show called Battlestar Galactica wasn’t the kind of show I’d ever even check out before. But after watching the edited miniseries on NBC, I was intrigued enough to check it out. 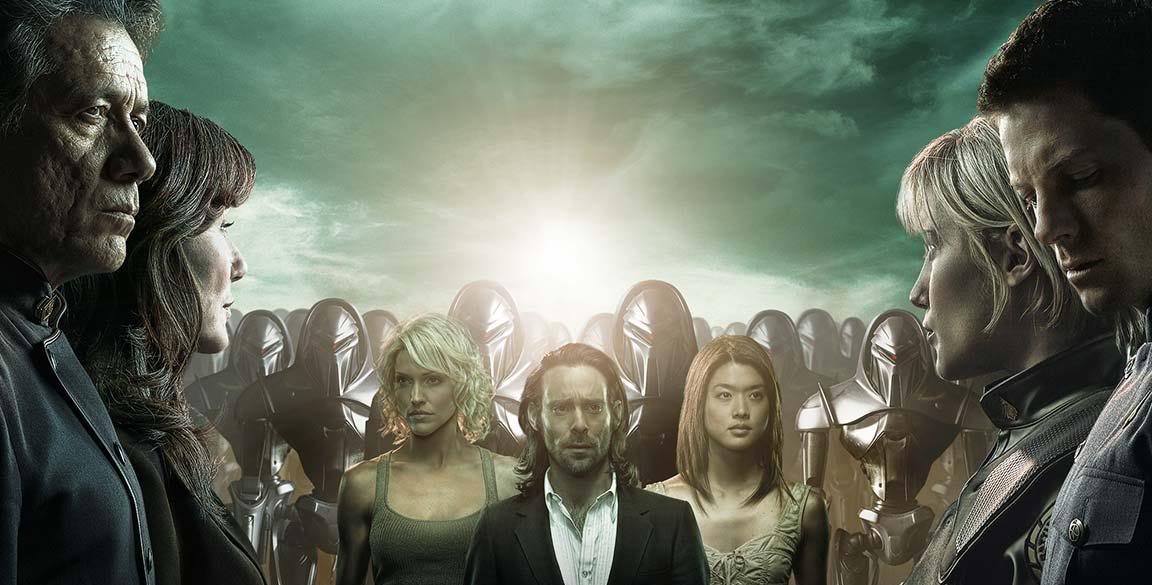 Now, four years later, I can probably say Battlestar Galactica is my favorite American drama series of all. (And favorite series ever after shows like I Love Lucy, Keeping Up Appearances, and The Amazing Race.)

If it wasn’t for that Saturday night on NBC, I probably would never have gotten into what turned out to be the best, most compelling hour of drama on television.

If you’d have asked me what I thought Battlestar Galactica was all about even just 4 years ago, I’d probably just answer “aliens with funny looking faces and cheap special effects.” But I’ve come to know better. In fact, Battlestar Galactica probably opened me up to an entire genre that I never would have given any notice to before.

I thought it was amazing that a show about people wandering around in space could hold so much weight and depth and actually depict our world today better than most (if not all) shows on network television. From issues about war and the government to the everyday lives of people through family and love; Battlestar Galactica weaved all of that together and set it in front of a backdrop of space.

Drawing parallels to today’s world, Battlestar Galactica was the most relevant drama on the air despite its setting and circumstances.

If that wasn’t enough reason to watch, the series presented an intricate mythology with everything from cylon evolution to religion and gods (or the one true God to the cylons).

And how about those epic space battles?

But one of the biggest reasons to watch the show is its stellar cast. It is such a crime that Edward James Olmos and Mary McDonnell haven’t been honored with a truck load of awards, not to mention the rest of the cast that deliver week in and week out.

As much as the show featured engrossing stories, it was the characters, brought to life by an amazing cast, that really hooked you in. Flawed, but human (however way you define the word).

I guess the show carried through its run a certain stereotype, a stigma which I think is also part of why SyFy will be born in July.

Which is a shame because it is too bad more people were not able to experience a show like Battlestar Galactica.

But for those who did, it will remain an excellent, well-written, enthralling series that featured an incredible group of people in front of and behind the camera, that transcended any genre to present possibly the best hour of drama on television during its run.

The final opportunity for the Emmys to recognize one of the best drama series ever on television, I sincerely hope Battlestar Galactica the Emmys can honor the series with well-deserved recognition.

Videos
Five full episodes, clips, and behind the scenes specials at Hulu.

And purchase full episodes of the complete series on

This was an edited version of my Battlestar Galactica retrospective posted last month.

For Your Emmy Consideration – Steve Carell

For Your 2011 Emmy Consideration

For Your Emmy Consideration: Tower Prep

3 thoughts on “For Your Emmy Consideration: Battlestar Galactica”