Studio Dragon’s tvN fantasy epic Bulgasal: Immortal Souls (불가살) is a melancholic, though breathtaking series. Led by a commanding performance from Lee Jin Wook, the excellent cast brings to life an intricate and bloody story that spans centuries. And all while touching upon the most human of emotions and relationships, making this story as relatable as it is captivating.

Bulgasal opens in the Joseon Dynasty. Dan Hwal (Lee Joo Wan as young Hwal and later Lee Jin Wook as the adult Hwal) is an orphan and treated as an outcast by villagers who regard him as a curse and a bad omen for their mountain community. He is taken in by a powerful general (Jung Jinyoung) who raises him as his son and later joins his adopted father in the military to fight off both remnants of the previous dynasty as well as dangerous monsters lurking about in the mountainous forest.

But Hwal’s life is turned upside down when a tragic and bloody encounter has him switching souls with a Bulgasal, a creature who feeds on human blood, resulting in him becoming one and being cursed with immortality. For centuries, Hwal searches for the Bulgasal (now human and able to die and reincarnate) who took his soul in hopes of regaining his humanity and to enact revenge for all that the monster took from him.

In the present day, his search leads him to Min Sang Un (Kwon Nara) and her sister Min Si Ho (Gong Seung Yeon) who hold the key to the revenge he seeks. Joined by Lee Hye Suk (Park Myung Shin) who helps provide him the animal blood he consumes instead of human blood as well as former detective Kwon Ho Yeol (Jung Jin Young) and high school student Nam Do Yoon (Kim Wooseok), the group reluctantly come together in order to unravel the twisted web of past lives, revenge and betrayal while trying to survive an evil threat. And all while growing closer as an unexpected family.

Bulgasal is very much in the mold of the great epic poems. It is a story on a grand scale (albeit, within the production limitations of the COVID era) revolving around our hero (or anti-hero, depending on where you are in the story) and all the characters around him. It is an epic journey, both physical and emotional, that takes place across centuries. And involves some very real and sincere human emotions mixed with both frightening and magical fantasy.

Perhaps the best aspect of Bulgasal is the series being sure of what it is and wants to be. It ensures that the proper tone to make that happen is maintained throughout. Often times with high concept, action-heavy Korean dramas, there is the urge for those shows to forcibly insert contrived side stories and bouts of levity in places where none of those things sensibly belong. Fluffy romance or slapstick comedy is inexplicably inserted into psychological thrillers or apocalyptic adventures.

And while those things can certainly be included in a way that makes sense, more often than not, those moments merely work to derail what can already be very tenuous and fragile stories.

Not here on Bulgasal. The dark, melancholic aura is both fascinating and refreshing. The series even begins with a unique Gothic vibe as the stage is being set for our main characters with the backdrop of a mysterious and monster-filled world. (And “monsters” in the loosest sense as well.) The contrast of the darker story and the sometimes warm visuals and cinematography adds to the series’ dynamic energy.

There are no unnecessary side trips or fan-service moments to break the story’s momentum. No contrived situations to pierce the consistent flow. And because of that, there is not a wasted minute across the 16 episodes. Every scene and interaction is used to create and develop the necessary depth to help make every surprising twist and turn and every emotional climax resonate.

Because of this, it is advisable to take it slow when watching the series. When bingeing Korean dramas is the norm these days, Bulgasal is best consumed slowly and carefully. That will allow the viewer to better absorb all that is happening on screen. It’s not that the story can get complicated (which it does). But being able to truly take in every emotional beat of the story will help raise the level of emotional satisfaction for the series’ many climactic moments.

And of which there are many. The balance of character-driven story and plot-driven intricacies is another of the series’ major accomplishments. Hopping along for the ride will lead you through an exciting narrative. Taking in the sights along the way points you toward the wonderful cast of characters and their diverse relationships.

What makes Bulgasal even more appealing is how it can focus on very real human emotions in the midst of a fantastical and dark world. Touching upon relationships in all its forms. From friendships to family and from rivals to comrades; the bonds that are formed between people (and non-humans as well) can transcend time and space. Those meaningful connections that can shape a person’s life can always make for engaging stories. And that is very much the case here.

The central plot is revenge with a twist. But each character, including Dan Hwal, are more than just out for blood. Being able to overcome difficulties and finding that connection that can help you not only move forward, but help you stand today is presented in such captivating fashion in this series. It is through these relationships, good and bad, that propel the series forward. And the relationships provide the depth necessary to hold the story and mythology together.

Helping to make that happen in addition to the tight writing and cinematic visuals is an excellent cast. And with the idea of past lives and reincarnation integral to the development of the story, many of the cast end up doing double duty (and then some).

Kwon Nara has had many memorable performances already in her career. And as Min Sang Un, she delivers another one. As Sang Un is a very complicated character, especially with a past that is unknown to her at first, Kwon Nara must navigate the ever-changing circumstances her character finds herself in. Kwon Nara is able to roll with the punches (literally too!) and keep up with her character’s and the story’s many surprises.

Gong Seung Yeon also delivers a great performance as Min Si Ho (among other characters) and similarly must juggle different emotions and situations without skipping a beat. The same can be said for veteran actors Jung Jin Young and Park Myung Shin who both also effortlessly bring to life multi-faceted characters. Both of their characters are parental figures at times, but also have their own well-developed stories. Kim Woo Seok, meanwhile, makes his network drama debut in a role that sees his character experience perhaps the most growth over the course of the series. And he too has no problem delivering a performance that is endearing and strong.

An ensemble cast of young child actors also deserve praise as many of the series’ most emotionally affecting moments are delivered and made possibly by the performances they deliver. 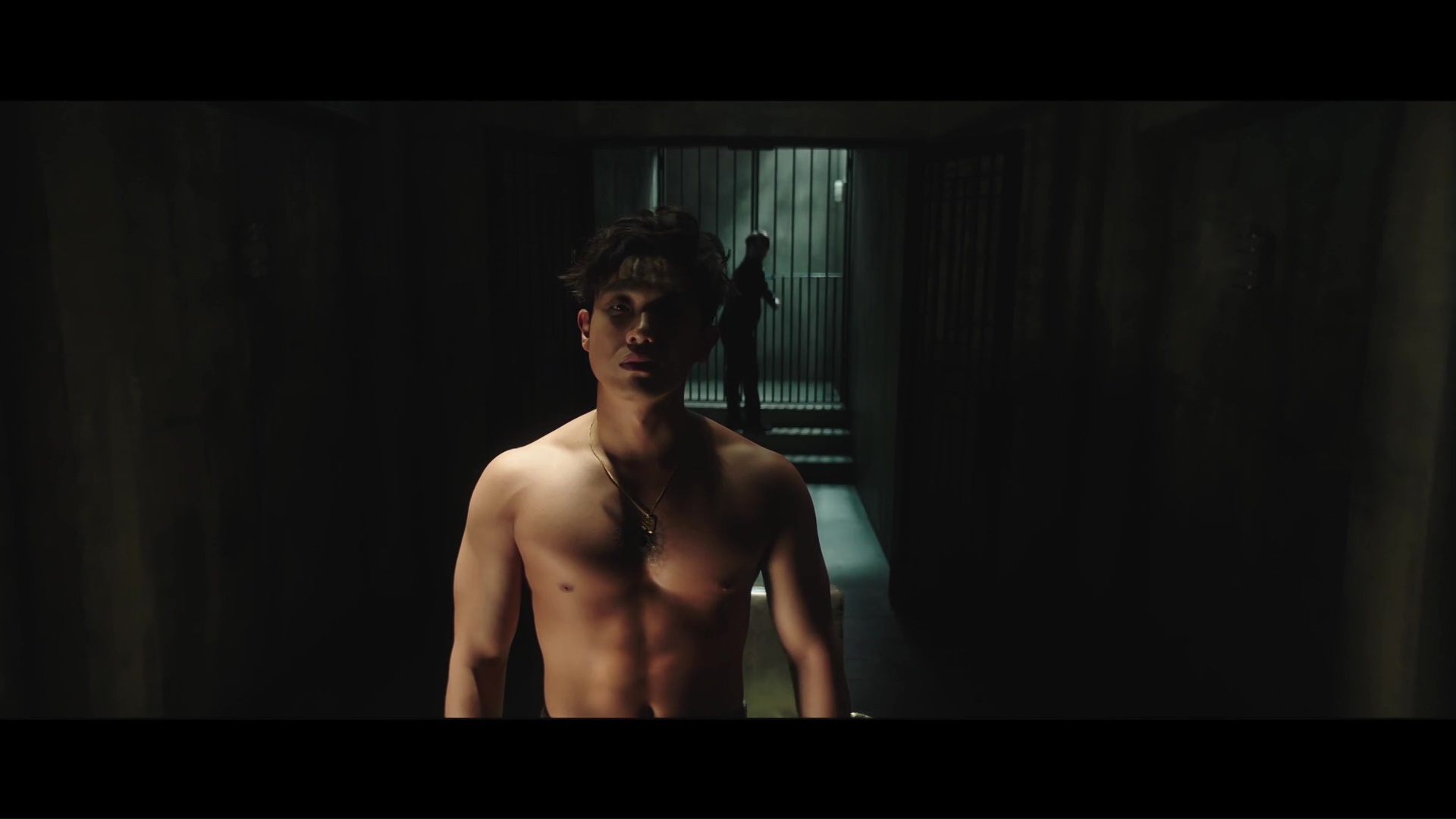 Lee Joon plays the mysterious and ominous Ok Eul Tae. Without giving too much away, he is very much the series’ biggest antagonist. But Eul Tae as a character has a very detailed and integral part to play in the grander narrative. And because of that, Lee Joon must bring Eul Tae to life in a way that matches the character’s relevance to the story and to our title character. He absolutely accomplishes that. You can tell how much Lee Joon relishes this role in which he has the opportunity to both play up the danger and evil while allowing just enough vulnerability and quiet insight to keep the character grounded and relatable. That is important especially in terms of how his character has a major part to play in the story. And his performance absolutely helps to elevate an already strong story.

And of course, Lee Jin Wook needs no introduction. With every role, he is able to prove time and again that he is one of the best and most charismatic leading men in the industry. Bulgasal is just another opportunity to show that and he more than does so.

As Dan Hwal, he must deliver a nuanced performance that carries with it the weight of the entire series. Being able to immediately connect with the character from the start is important. And then having to navigate the character through the many twists and turns is of high priority in order to keep the series from falling apart. But Lee Jin Wook is just that kind of actor. It is a commanding performance that has him effortlessly cycling through a range of emotions from scene to scene.

Lee Jin Wook grabs you from the very first time you see him on screen and he never breaks that connection with the viewer up until the final moments of the series. Other than the story itself, if there was a glue that holds the series together, it is Lee Jin Wook’s performance and the chemistry that he fosters with the rest of the cast.

Bulgasal puts all this together in a way that results in a truly epic and grand presentation. It carries a bit of heft and even gravitas, especially in the way the series is able to take itself seriously without giving off an air of pretentiousness. (Also another problem for many drama series in recent years.)

Overall, Bulgasal: Immortal Souls is a unique series that manages to mix the familiar with the fantastical. Its excellent cast, tightly written and intricate story and cinematic production make for a thoroughly exciting and emotionally satisfying series.