Recap: The Amazing Race Australia 4, Episode 11 – “Tone down pleasure and dial up business.” 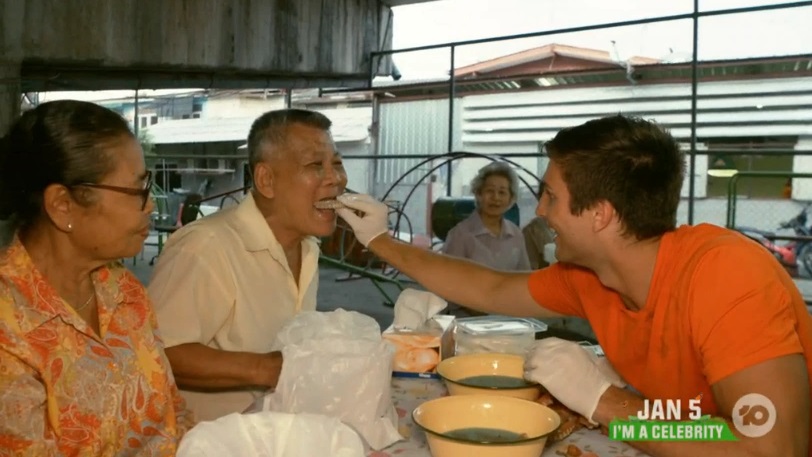 The Penultimate Leg is here and teams fly to Bangkok, Thailand with US$70 on their Bankwest Halos.

Teams are also anticipating a U-Turn on this Leg. At the airport, Jasmin & Jerome reaffirm their alliance with Tom & Tyler and Viv & Joey to vote for Tim & Rod. They will vote in secret on the plane.

Upon arrival in Bangkok, teams must make their way to Khlong Toei Market where both team members must enjoy three century eggs. 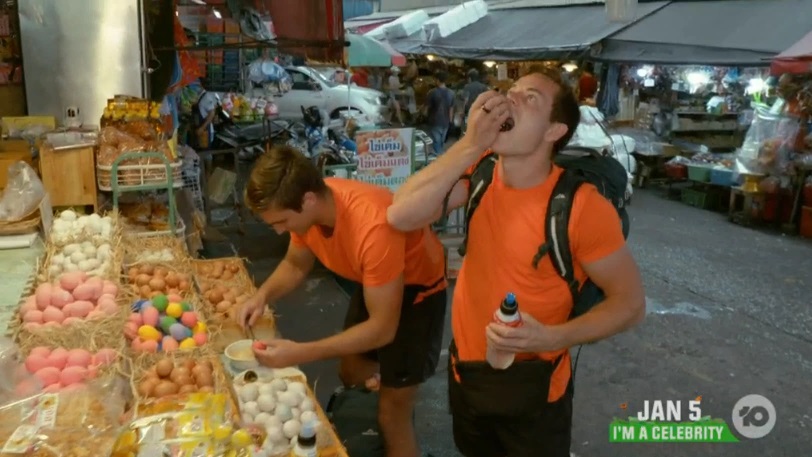 Tom & Tyler arrive first and are able to finish their eggs before any other team arrives. They can now face the Detour: Water or Wheels. In Water, teams must memorize 12 riverside landmarks as they float on the Chao Phraya River. At the end of the ride, they must correctly place the landmarks on a map. In Wheels, teams must rebuild their own tuk-tuk and then decorate it. 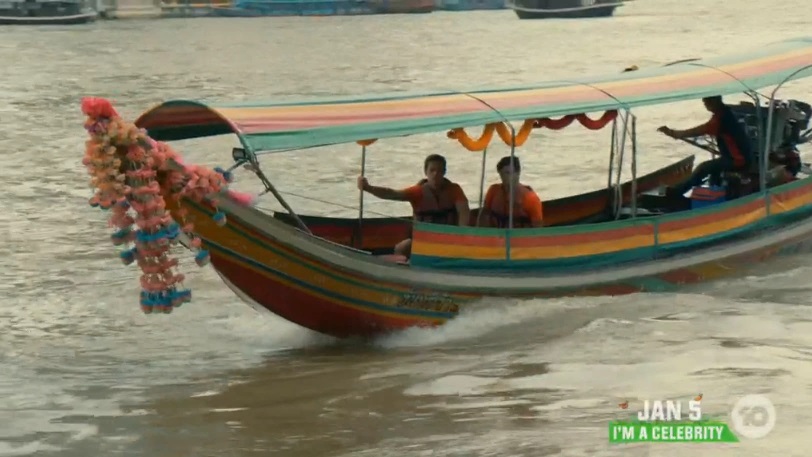 Jasmin & Jerome are next to arrive at the eggs. But they’re still here after 17 minutes when Tim & Rod arrive. (Even though Tim & Rod left the airport last.) Jasmin struggles through the eggs the most, but they still leave next and choose Wheels, as do Tim & Rod.

Viv & Joey, now in last, are lost trying to find the eggs. They end up choosing Water for the Detour. 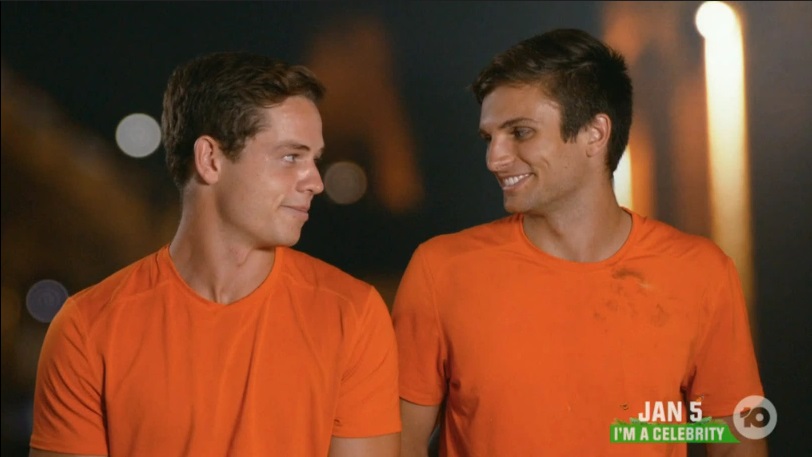 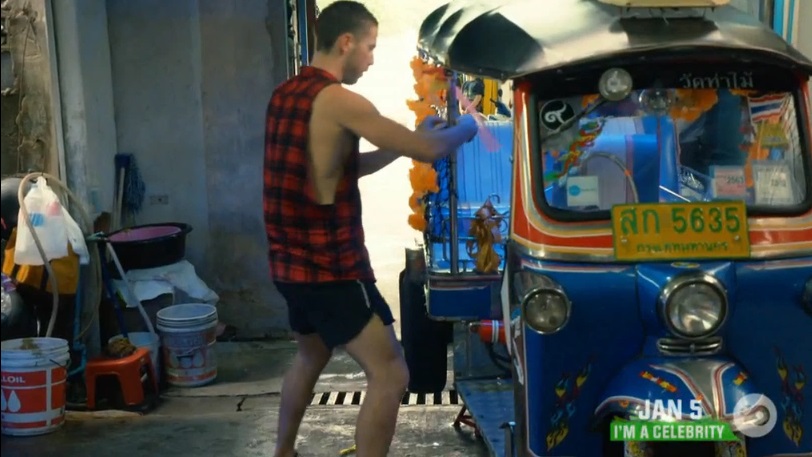 As Tom & Tyler get started with the Detour, Jasmin & Jerome’s taxi driver seems to be lost. That allows Tim & Rod to arrive at the tuk-tuks before them.

While building their tuk-tuks, Tim & Rod ask Jasmin & Jerome about the U-Turn and Jasmin reveals they voted for Tom & Tyler.

Tom & Tyler finish the Detour on their first attempt and are shocked to find they have been U-Turned. As they run off, Viv & Joey run by. The Footy Bros thank them for the U-Turn and the siblings tell them sorry and they love them.

Jasmin & Jerome say U-Turning Tom & Tyler is the hardest thing they’ve done on the Race. But they know the Footy Bros are the strongest team and they need to do whatever they have to to win the Race for their son.

Tom & Tyler arrive at the tuk-tuks and get started.

Tim & Rod finish their tuk-tuk and leave first. They can now face the Road Block: Who’s ready for a mouthful? For this Road Block, teams must fit three patients at a community center with a set of dentures.

Viv & Joey get the thumbs up at the boat and head to the Road Block as do Jasmin & Jerome.

A sad Tom & Tyler finish their tuk-tuk and make their way to the community center.

Tim finishes the Road Block. They must now gold leaf a figure of Ganesh and then bring it with them to Beau at the Pit Stop.

Tim & Rod leave just as Viv & Joey arrive. Joey speeds through the task and the siblings leave within 10 minutes.

Tom & Tyler arrive at the Road Block next. Tyler gets started and they wonder why there were still two tables left to choose from. Unbeknownst to them, Jasmin & Jerome are sitting in Bangkok traffic.

Tyler fits his three patients with their teeth and they leave before Jasmine & Jerome even arrive.

Darkness is starting to fall on this Bangkok evening. Tim & Rod and Viv & Joey arrive at the temple Pit Stop and begin gold leafing. Tom & Tyler arrive as well and get started. 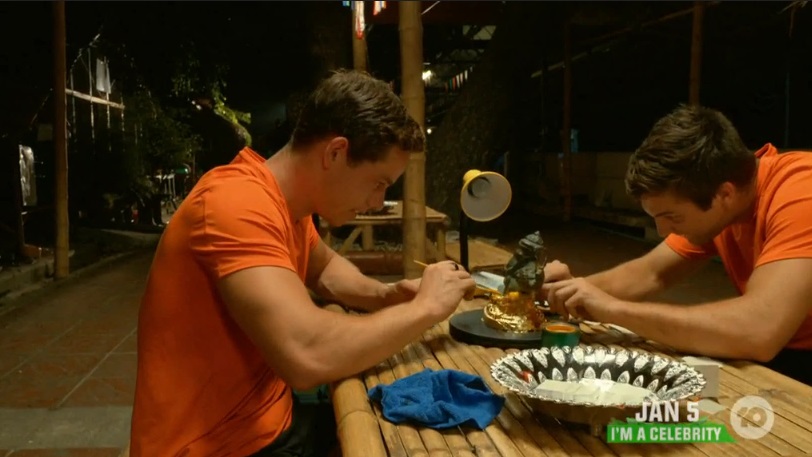 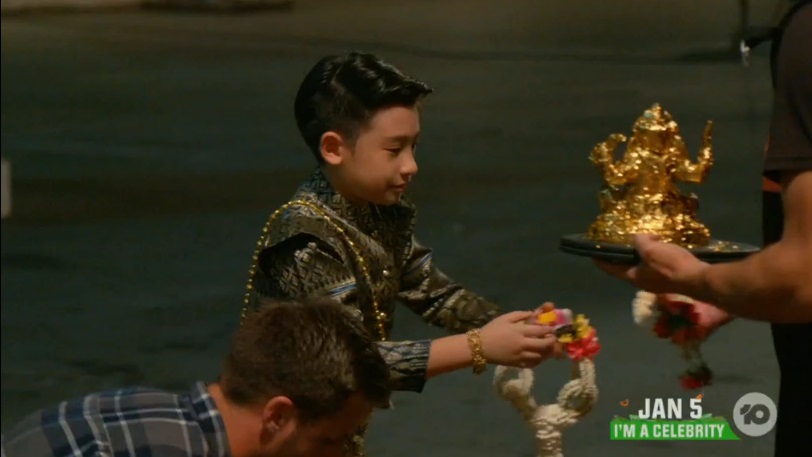 Tim & Rod get the thumbs up and walk over to Beau who checks them in as Team #1 at 7:15pm. They have won a trip to the Northern Territory. Jasmin & Jerome arrive just as Viv & Joey finish and step on the Mat as Team #2 at 7:58pm

It’s down to the last two teams. Both teams get theirs checked and it’s a footrace to the Mat. 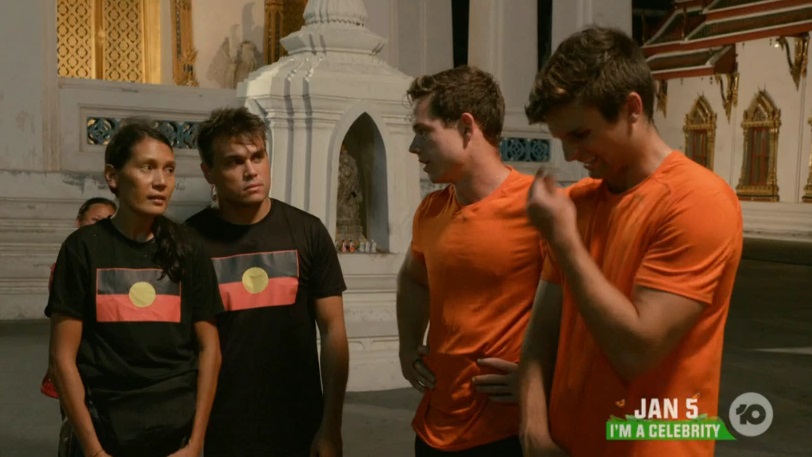 Jasmin & Jerome arrive at the Mat while Beau is still talking to Viv & Joey. It’s actually only 8pm. And they are officially Team #3. That means Tom & Tyler are last, checking in at 8:01pm. And they are eliminated from the Race. 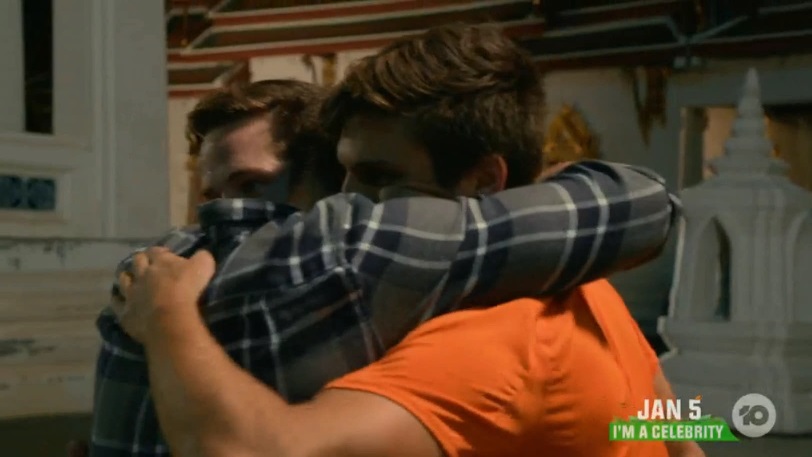 It’s great to see a real Bangkok Leg. And even better, teams are drenched in the rain! I love it when it rains on the Race. We need more of it, I think. It presents a great extra challenge for teams.

The first task with the century egg is alright. Definitely the type of task to start a Leg off with. And TARAu has certainly done similar tasks at the start in the past. (Hello TARAu2, Leg 1 with balut in the Philippines!)

The Detour was good as well. Both typical TAR tasks and I think it was a balanced Detour. Both were time consuming I think. And the landmarks required the extra aspect of memorization.

Now with the U-Turn, it is very interesting that they had the teams voting off-screen. Like it’s not a big deal. I actually think that’s a refreshing change. At the same time, it definitely played into the big reveal that it was indeed Tom & Tyler who were U-Turned. So there can be a little bit of an overly-scripted feeling. But after so many years, these small tweaks to the U-Turn are okay. NOT the horrible TAR31-style U-Turn where it seems like TAR craves to be Big Brother or Survivor for some reason.

The Road Block is a little meh. I’d say it would be okay as an extra task. But I think the Road Block should’ve been something bigger and maybe more culturally relevant. Not complaining about teams getting to interact with nice locals though. That’s always great.

The gold leafing task was a nice, tedious task at the end of the Leg. Especially as it was right before the Pit Stop. So the tension was definitely turned up here. And it certainly made that heartbreaking, tense moment at the Mat even more amazing.

But I definitely had to do a double take. Viv & Joey checked in at 7:58, Jasmin & Jerome at 8pm and Tom & Tyler at 8:01pm. I was surprised Viv & Joey were still at the Mat, especially considering Beau hasn’t really chatted with teams long at the Mat this season. So I had to go back and check and indeed, it had only been two minutes since they had arrived before Jasmine & Jerome came walking up. That’s pretty crazy! But it definitely help make that last scene all the more dramatic and great TV.

It’s really hard not to like Tom & Tyler. So seeing them eliminated in the Penultimate Leg and in this way was sincerely sad and heartbreaking. I’ve said how I don’t really consider them an overly dominant team. A few of their wins this season were pure luck. But it is undeniable that they were the strongest team and could come back from anything. They showed that this Leg again as they were only 2 minutes behind Viv & Joey!

Anyway, we’ll talk more about them tomorrow for the Season Wrap-up. But basically they showed this Leg exactly why they were the only choice to be U-Turned. And it was sad to see them go.

As we saw, this was a very close finish. Viv & Joey were also able to catch up a little bit during the Leg. (Unless it was all tricky editing lol) But they were able to get through the tasks and avoided getting into another bad taxi at the end. They’ve made it to the final and it’s really anyone’s game now.

This is definitely the cutthroat Jasmin & Jerome I’ve wanted to see more of on the Race! lol We saw a little at the beginning, then there was the sort of-rivalry with Sid & Ash. But they were lowkey most of the Race. I think that definitely lulled us into a false sense of security of some sort just to set up this episode. Now, we did see Jasmine second-guessing their decision to U-Turn Tim & Rod the other Leg ago when she wondered if they should’ve done Tom & Tyler. So when Jasmine said they “100% meant it” when they U-Turned Tim & Rod, it was kind of funny, but understandable considering the situation.

I don’t doubt they sincerely like Tom & Tyler, but you also can’t blame them for U-Turning the biggest threat. It’s a game and there comes a time when you’ve got to throw all friendships aside. It’s up to the teams on how to react to it after the Race. What better Leg than the Penultimate Leg to stab someone in the back though. Lol

Tim & Rod have peaked at the right time and are in a good position going into the Final Leg. Like I said, it’s really anyone’s Race now. And I think Tim & Rod might be new biggest threats since the momentum is on their side.

Tom: “Tone down pleasure and dial up business.”

Recap: The Amazing Race Australia 4, Episode 10 – “Who needs deodorant the most?”

Recap: The Amazing Race Australia 4, Episode 8 – “We are fluent in talking crap.”