The third Leg begins as the All-Stars learn they must now fly to Bali, Indonesia! 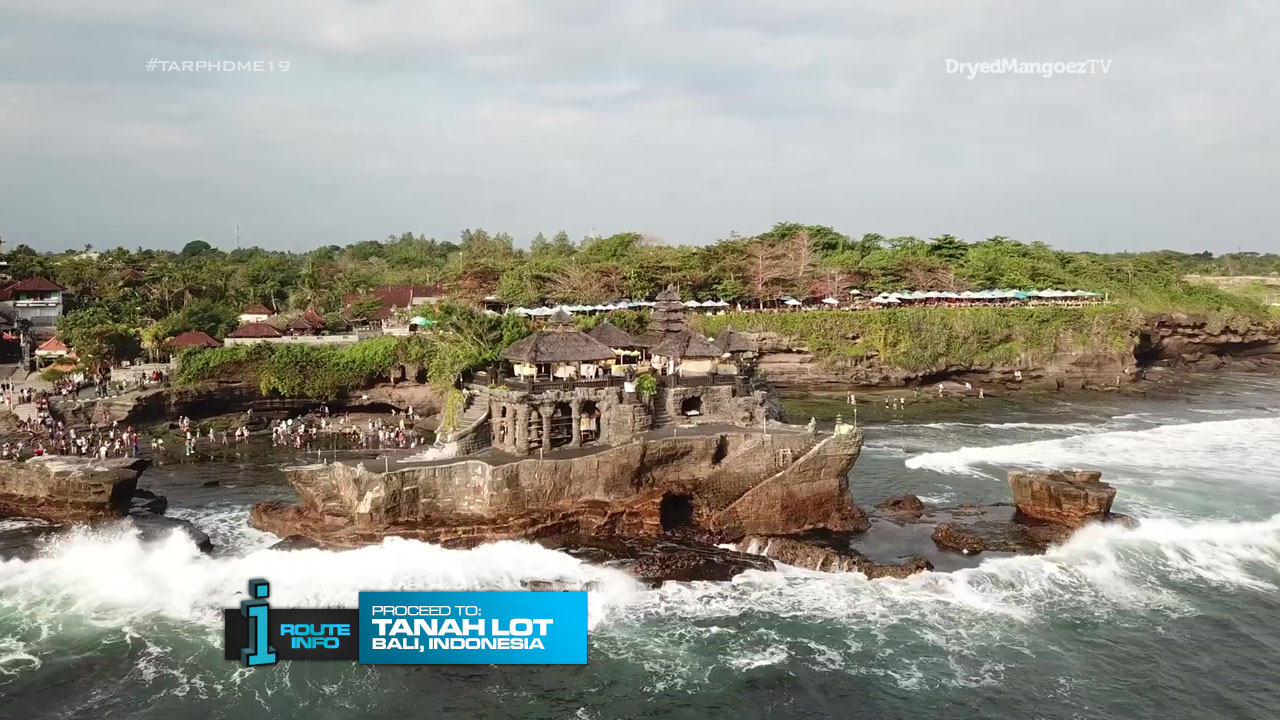 All teams will be on the same Jetstar Airways flight arriving in Bali at 12:20am. Upon arrival, teams must make their way to Tanah Lot.

But it will be closed and teams must wait for their next clue at 6am. That clue will reveal the Road Block: Who’s feeling fruity this morning?

For this Road Block, teams must prepare a Balinese religious offering known as a gebogan. Following an example, teams must use a variety of fruits to correctly assemble the gebogan to receive their next clue.

Now with two matching gebogans, teams must deliver both to the Enjung Galuh Temple.

Here, teams will exchange their gebogans for two live pythons which they must carry around their necks to deliver to Tanah Lot where they will be given the next clue.

That clue will also contain a sample piece of a songket, a hand-woven pattern of cloth. Teams must keep this until further notice.

The All-Stars must now make their way to the Sangeh Monkey Forest.

And here, teams will find the Double Yield Board, if activated.

After checking in at the Yield, teams will be given a basket of food which they will use to convince the monkeys to hop up on them. Once each team member has had five different monkeys hop on them to take their food, they will receive the next clue. A monkey must take a food offering in order to count towards the teams’ 10 total new friends. 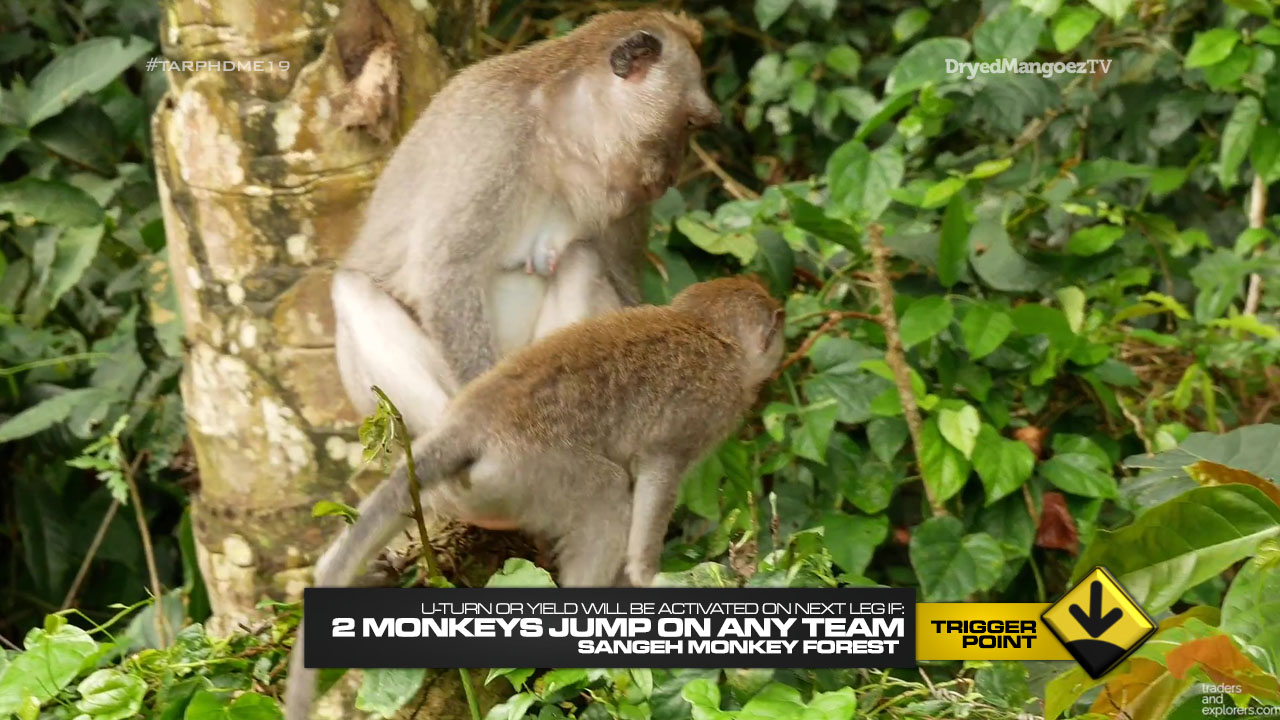 This is also the Trigger Point of the Leg. If any team has at least two monkeys jump on them without taking food, the U-Turn or Yield will be activated on the next Leg.

Teams will now face the Detour: Barong or Pasir. The All-Stars will be surprised that this is a Blind Detour and must choose which Detour to attempt without any other information.

For Barong, teams must head to Sahadewa Barong Dance in Gianyar, Bali. Here, they will dress in a two-person costume depicting Barong, a panther-like creature and character in Balinese mythology. They will then learn a routine in the traditional 8-minute long Barong dance, telling the story of Barong, which they must perform to receive their next clue. 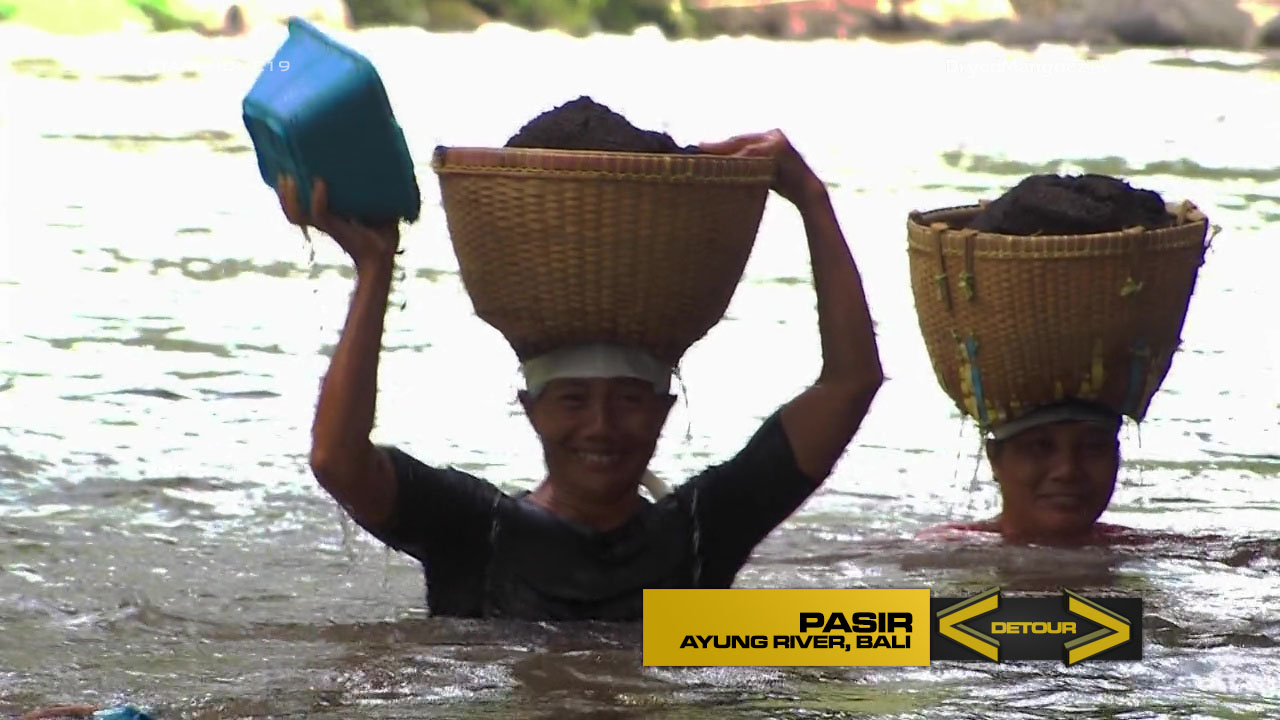 For Pasir, teams must head to the Ayung River where they will dredge volcanic sand (known as pasir) from the bottom of the river, filling baskets which they must then carry on their heads uphill to two large containers. When the two containers are filled, teams will receive the next clue. 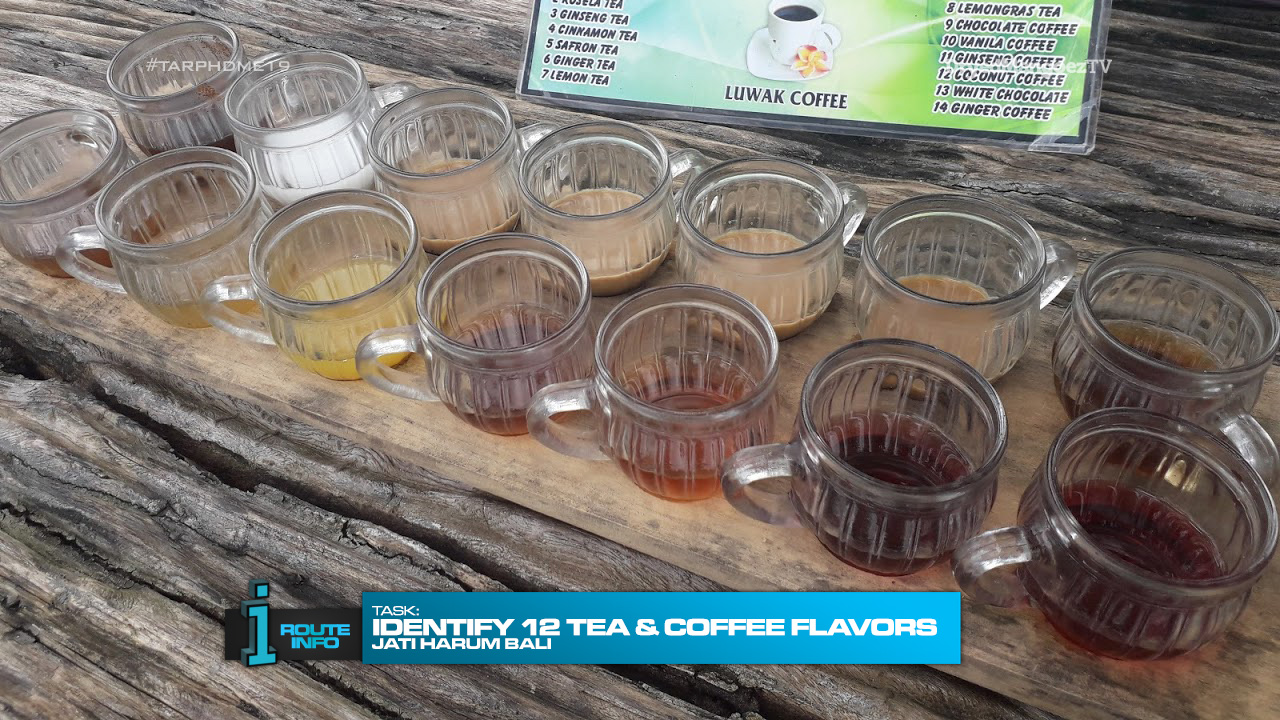 After the Detour, teams must head to Jati Harum Bali. Here, teams must identify 12 tea and coffee flavors based solely on taste. When they get all 12 correct, they will get the next clue. 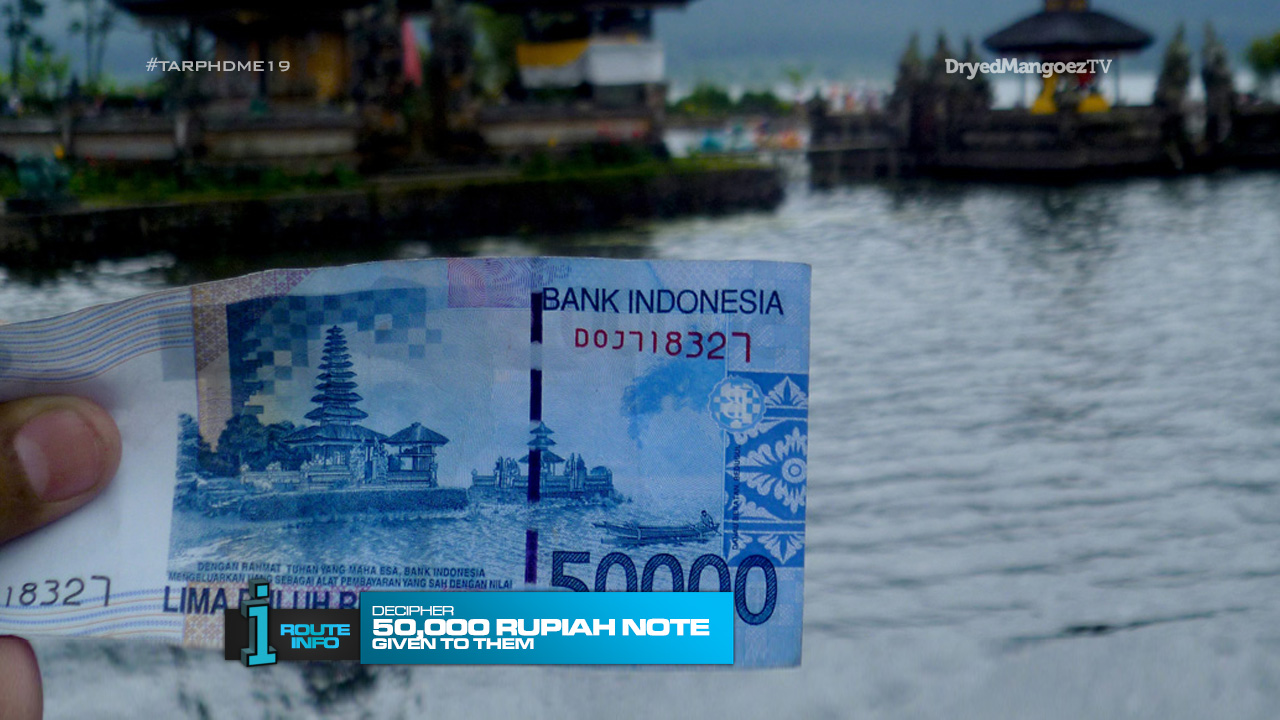 Teams will have to figure out that their next Route Marker is depicted on the back of the note: Ulun Danu Beratan Temple. And this is the Pit Stop for this Leg of the Race. But before teams can check in, they will have to complete the Double Road Block: Arms or Legs. 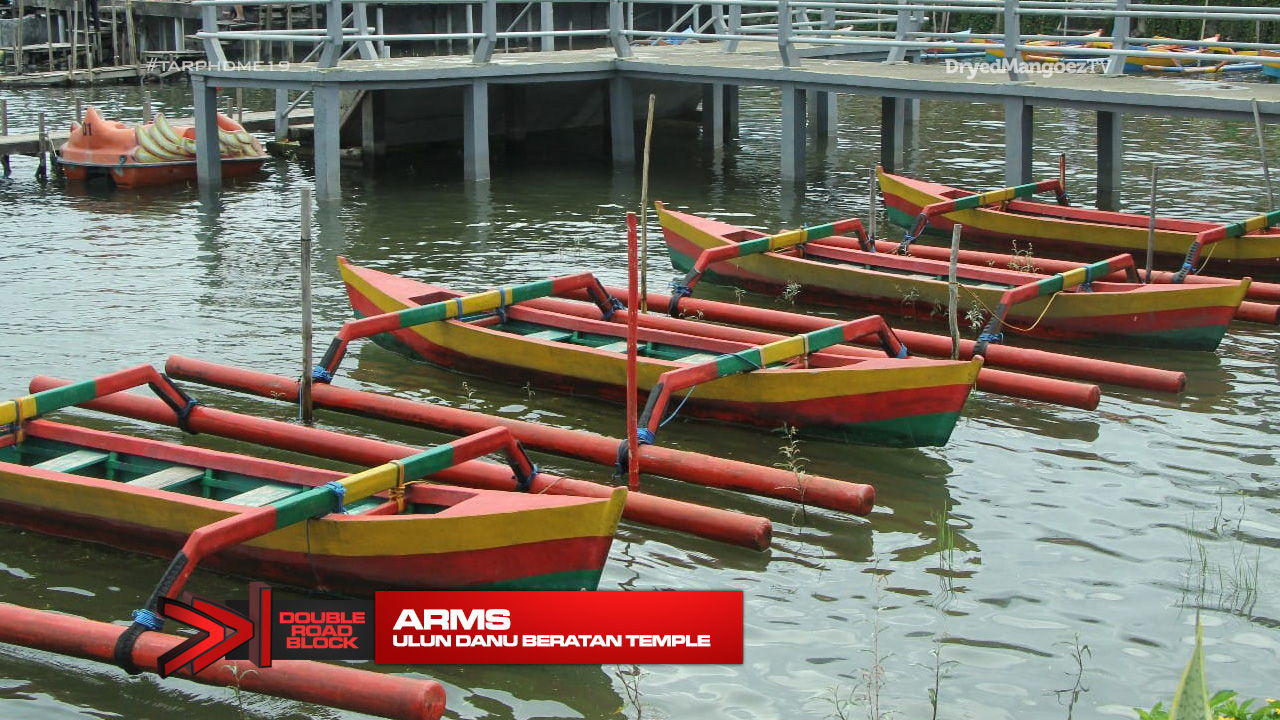 Meanwhile, the team member who chooses to use their Legs will be the only team member to pedal the swan boat to the plank.

Both team members must be in the boat. Once the teams have both planks, they must take it with them as they search the grounds for the Mat.

The last team to check-in here WILL be eliminated!
.

A recycled, but full Leg in Bali. Actually, Indonesia is another convenient connection point between Legs. But unlike TARUS, Indonesia hasn’t been visited very often on TARPHDME. And this will also be the first time in Bali, so it’s definitely fresh for this franchise. =D

First bit of recycling comes from TAR28. And it works here since teams will be arriving in the middle of the night. Waking up at Tanah Lot would be a great, stunning experience. (Perfect location for 8K UHD drone shots!)

While in TAR28, teams had to deliver the gebogans for the snakes, the Road Block itself is technically from TAR22 where teams actually had to make one. Still, it’s a standard TAR task. And it’s a great start to the Leg having 11 teams all together doing a tedious task.

The snakes are a nice surprise for the teams of course and something to help fill out the Leg as well.

The “Keep until further notice” songket part of the clue is definitely a TARPHDME staple.

The Sangeh Monkey Forest task is also borrowed from TAR22. But this is at a different monkey forest and it involves a more difficult task of having to feed the monkeys AND get them to hop up on their shoulders. Or head, if the monkeys so choose. It’s also a good Trigger Point for the Leg.

I put it as Blind Detour here just to maybe trick teams into choosing Barong since “barong” is the traditional Filipino formal attire. But it can just be a regular Detour as well. Especially when the clue will include the name of the location “Shadewa BARONG DANCE,” I think teams might figure it out easily lol

I think it’s a balanced Detour, regardless of whether it’s Blind or not. And we hope with 11 teams, both Detours will have teams at them.

The tea and coffee tasting is a very TAR Canada task of course. But to feature Bali’s coffee, we’ll just have it here to add more tasks to the Leg.

Finally, the Double Road Block at the temple also helps to fill out the Leg. But perhaps we can get some last minute drama and tension with teams struggling to row or pedal at the end of a long Leg. They should be exhausted by this time and since it’s right before the Mat, teams will be extra stressed.

Overall, this should be a very competitive Leg!