In the meantime, teams set off on the 4th Leg of the Race as they fly to Livingstone, Zambia.

There are two sets of flights. The four teams on the first set are Tanner & Josh, Kelsey & Joey, Jazmine & Danielle and Justin & Diana. Everyone else is on the second set of flights arriving 15 minutes later.

At the bus terminal before returning to Buenos Aires, the second flight teams discuss the big U-Turn deal.

Once in Zambia, teams make their way to Mukuni Village where they will get spit at (some in the face) as a traditional welcome.

Teams will then get the clue directing them to Batoka Aerodrome where they will find the Road Block: Who wants to rise above the smoke that thunders?

For this Road Block, teams will ride an ultralight plane over the waterfalls where they must spot the huge Race flag hanging by a bridge. That bridge is located by Knife’s Edge at Victoria Falls.

Tanner & Josh decide to use their Express Pass. They can now cross the border into Zimbabwe and to the town of Victoria Falls. Their next clue awaits at Shoestrings Backpackers Lodge.

While Kelsey and Diana are doing the Road Block, Justin says it will be a huge mistake, based on TAR history, if Tanner & Josh U-Turn them.

Jazmine, Rick, Chris, Denise and Krista do the Road Block. Their waiting team members are baffled as to why Tanner & Josh used the Express Pass on the Road Block.

Jazmine & Danielle are confused as to where to go. Their driver takes them to Knife’s Edge, but they insist on going to the bridge named Victoria Falls. To get there, they have to cross into Zimbabwe.

Once they hop into a Zimbabwean taxi, they see the flagged bridge which they tell the driver they need to go to. The driver says that’s back in Zambia. “I don’t know how did you missed that one.”

Tanner & Josh arrive at the lodge and find a board with departure times for tomorrow morning. They now believe they used the Express Pass at the wrong time.

The other teams are all in a tizzy about Tanner & Josh’s Express Pass usage. 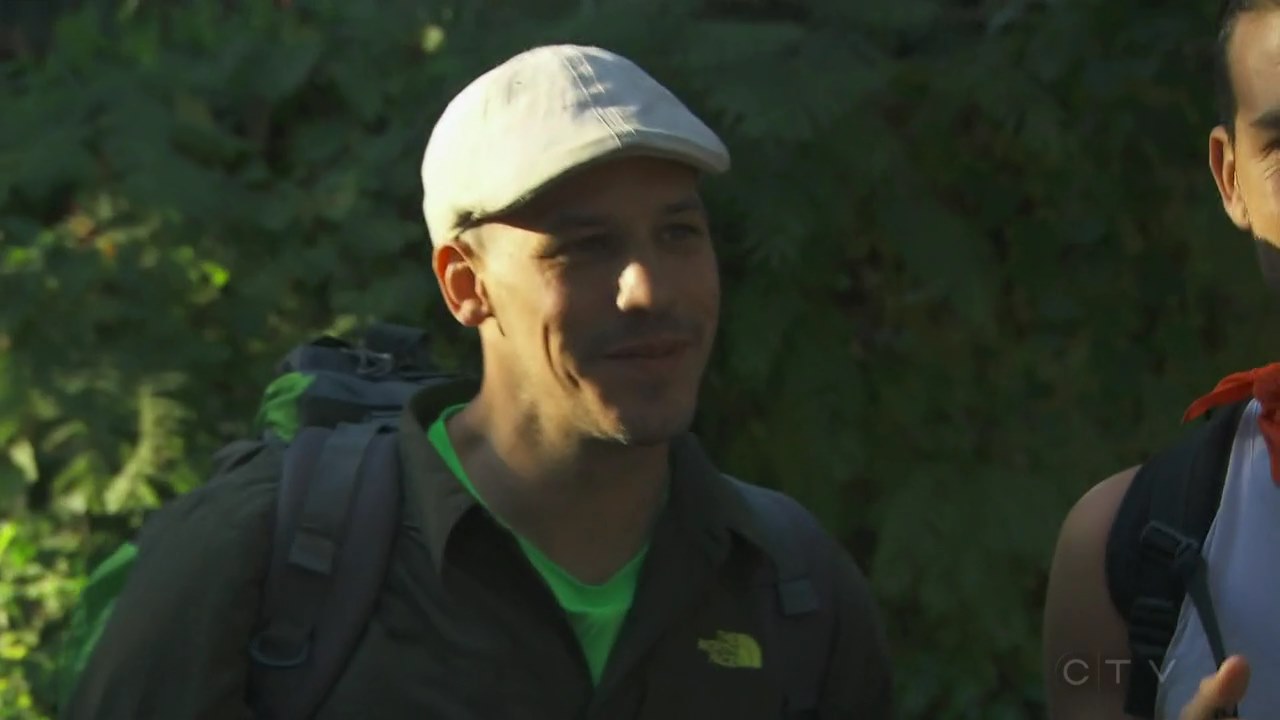 Next morning, Tanner & Josh and Justin & Diana shake hands and agree not to U-Turn each other.

They receive the next clue revealing the Detour: Co-Op or Croquet.
In Co-Op, teams must finish a wooden carving of a giraffe at the Big Five Co-Op by staining and polishing it.
In Croquet, teams must score five points in a game of croquet against pros at the Victoria Falls Hotel.

Justin & Diana finish the Detour first and can now head to the Pit Stop at the Roses of Charity Orphanage. Tanner & Josh are close behind and they are neck and neck on the way to the Pit Stop.

Meanwhile, the giraffe teams find their Detour is very tedious.

Justin & Diana arrive at the orphanage first. The U-Turn is right at the gate before the Mat and they decide not to use it. They continue to the Mat where they donate all their money to the orphanage. Phil then officially checks them in as Team #1.

And they win… the next clue! They must continue Racing.

Tanner & Josh step on the Mat and donate their money. But before they too can continue, they must decide NOW who to give the Express Pass to.

So that was an interesting Leg and episode.

First off, let me say that there was a little déjà vu for me this Leg. On Leg 8 of TARPHDM3: African Adventure in Zambia, teams were also surprised with a TBC/SuperLeg right after a Detour and U-Turn! What a coincidence? Hehe.

The real coincidence of this Leg though was Tanner & Josh’s big plan backfiring because of the Leg’s design.

Tanner & Josh’s elaborate plan actually wasn’t a bad idea. They were told a U-Turn was coming up on the next Leg, so they strategized. If there was no equalizer and the Detour had been right after the Road Block, then their plan could’ve at least pushed Justin & Diana toward the back of the pack. Maybe not eliminate them, but their using the Express Pass wouldn’t have been a waste. Especially if they maintained 1st and won the Leg and prize (on a non-TBC Leg.)

But it appears the Leg design worked against them. TAR had a whole thing planned for how they wanted this episode to play out. Phil told the teams about the U-Turn in the last Leg so that teams could strategize. (Something we haven’t seen much of in recent seasons. But then again, that could easily lead to horrible alliances – I see you TARPH2, the real one.)

Bertram & Co. probably planned on the cliffhanger for the episode being teams still at the giraffe Detour and/or the U-Turned team finding out they’ve been U-Turned. And of course, knowing this was a TBC Leg, they needed to have that equalizer to allow teams to leave early in the morning to complete the next Leg during the day.

So if this had been a normal Leg, Tanner & Josh would’ve been fine.

But even then, the other teams making a big deal about Tanner & Josh using the Express Pass, especially without them knowing anything about the second half of the Leg was really strange. It was actually a big overreaction by everyone. They would’ve been in first, hoping to finish the Detour first, get to the U-Turn and no prob. But teams were making it seem like Tanner & Josh would get eliminated for using the Express Pass on the Road Block. Umm… no, it’s not that big of a deal.

While watching (not live), I thought they were spending too much time on the Road Block. Yes, Africa and Victoria Falls looks stunning in an ultralight. But damn, that was too long! I thought maybe a Non-Elimination was ahead, but I didn’t suspect something was really up until the equalizer. As soon as I thought maybe this could be a TBC Leg, I saw there was only 2 minutes left in the episode.

No wonder they spent all that time on the Road Block.

So the Leg itself was designed alright. But the whole U-Turn and Express Pass drama actually kinda ruined it for me. It was a little interesting, but it also kind of drag the episode along as well, especially when nothing else was really happening.

Overall, an okay episode with a legit twist of an ending. But it could’ve been a lot better considering what was going on, I think.

Denise & James Earl didn’t get as much screen time this week, but Denise still delivered some hilariously awesome moments. Her reaction to the welcome plus spazzing over the Road Block and then talking about her childhood croquet were all fun!

Tanner & Josh were alright this episode. I didn’t mind them using their Express Pass and their plan to U-Turn and eliminate Justin & Diana was alright. I’m happy their plan didn’t work though, one way or another, just to see the rivalry continue. But hopefully it won’t get old too fast.

Tiffany & Krista were a little more quiet this week as well. But I believe they will have some more great moments coming up. Without Justin & Diana, there’d be no rivalry. But I also think Justin’s personality really does grate and get to you. Being a HUGE Race fan doesn’t mean anything, honestly. And his assessment of Racing skills isn’t set in stone either.

Logan & Chris jump up my list this week because I think we’re starting to see what they are potentially ready for. Their spazzy random arguments are hilarious and I hope we see a lot more soon.

Krista: “She spit in our faces!”

Taxi Driver: “I don’t know how did you missed that one.”

Denise: “I was so excited I almost peed my pants.”

Chris: “The head is still bald.”

They’re back!
Over 375 HD Episode Caps from this episode are now available at
photobucket/xangatheamazingracecaps3

Recap: The Amazing Race 3, Episode 5 – “What Happens If I Slip? Am I Just Hanging Off A Cliff?”

Recap: The Amazing Race 3, Episode 4 – “Maybe we can get someone else to smell some rear end for a while.”

Recap: The Amazing Race 3, Episode 3 – “You Always Just Forget About Me!”

Recap: The Amazing Race 3, Episode 2 – “This Seems Like The Path Straight To Hell!”