Teams must drive to Toronto, abandon their 2018 Chevrolet Equinox True North Editions and head to the observation deck of City Hall where they will search the city for the Race flag. And there is a Double U-Turn ahead.

The Race flag on the top of a building points teams to Yonge-Dundas Square.

Taylor & Courtney maintain their lead and find the clue which reveals the Road Block: Who’s ready to spark up this Road Block?

For this Road Block, teams must first safely stuff a bunch of items into a brand new Chevy Spark. They will then hop into a different Chevy Spark and use the rear view camera to backup through a course and into a parking box without knocking over any cones. The OnStar rep will then give them their next clue.

Taylor decides to do it. Martina arrives and starts to pack the car while Taylor starts backing up. Nancy and Mar are close behind.

But Taylor finishes and the OnStar rep tells them to take the Toronto public transportation system to The Monkey’s Paw bookstore. They must find the Biblio-Mat, insert a token and receive a book with their next clue. Also here will be the Double U-Turn. 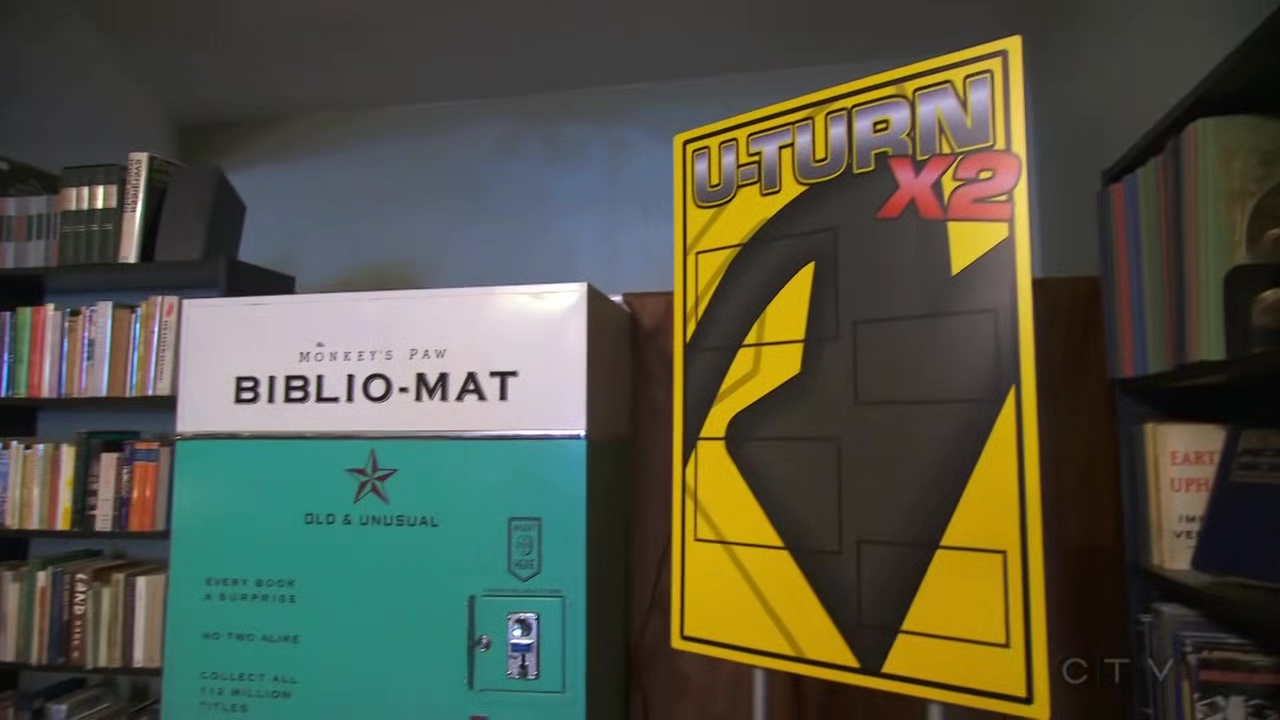 Martina finishes next and both teams are on the subway. Nancy, Dylan, Adam and Mar are next to finish. Hometown ladies Zainab & Monica, still in last, head up the building they saw the flag on. 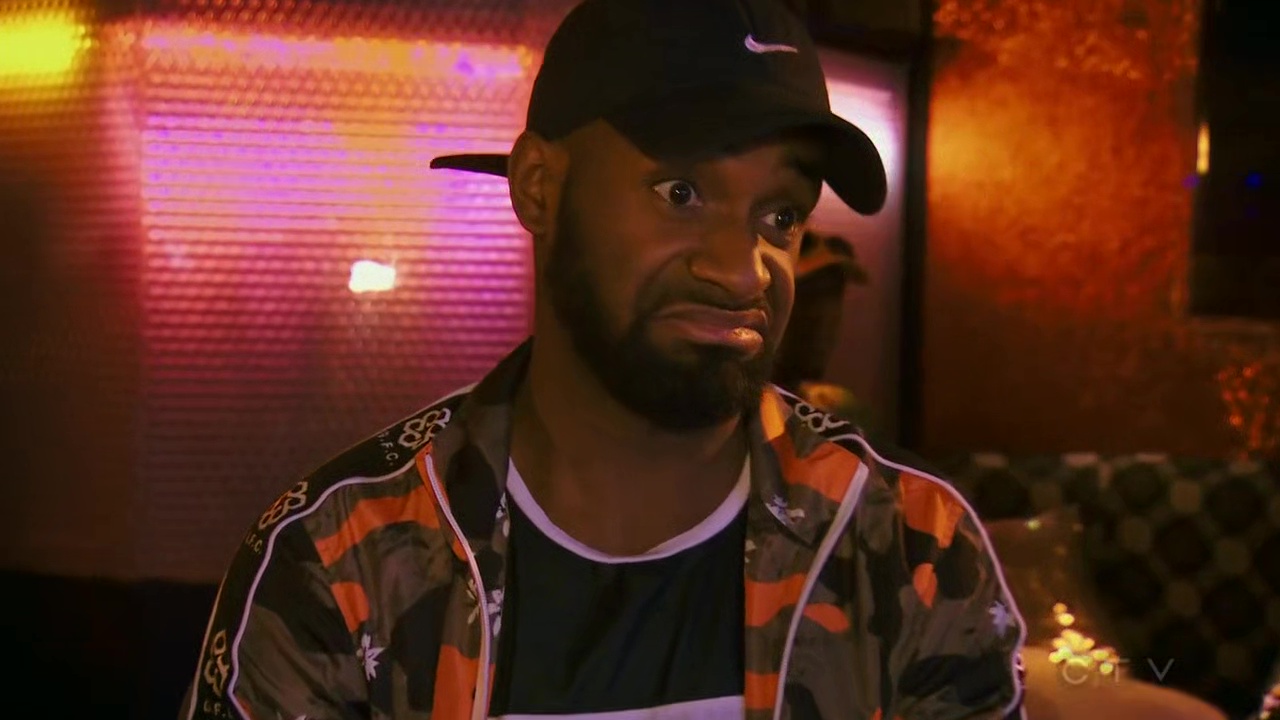 Taylor & Courtney fiercely pass the Detour and must now make their way to the North York Harvest Food Bank. They will team up with Dempster’s Bakery to fulfill orders of fresh bread to different community programs in the GTA.

Over at the U-Turn, Courtney & Adam decide to U-Turn Zainab & Monica to ensure their safety as they are second to last. They don’t feel good about it, but they are in danger of being eliminated.

Leanne & Mar and Courtney & Adam arrive at the club and start learning the dance. Dylan & Kwame have just failed their first attempt, as do Nancy and a struggling Mellisa.

Taylor & Courtney, meanwhile, finish packing and head to the Pit Stop at Ireland Park. They are welcomed by Sam & Paul as team #1 and win a trip to Hong Kong. Dempster’s will also donate $5000 worth of food to their community. 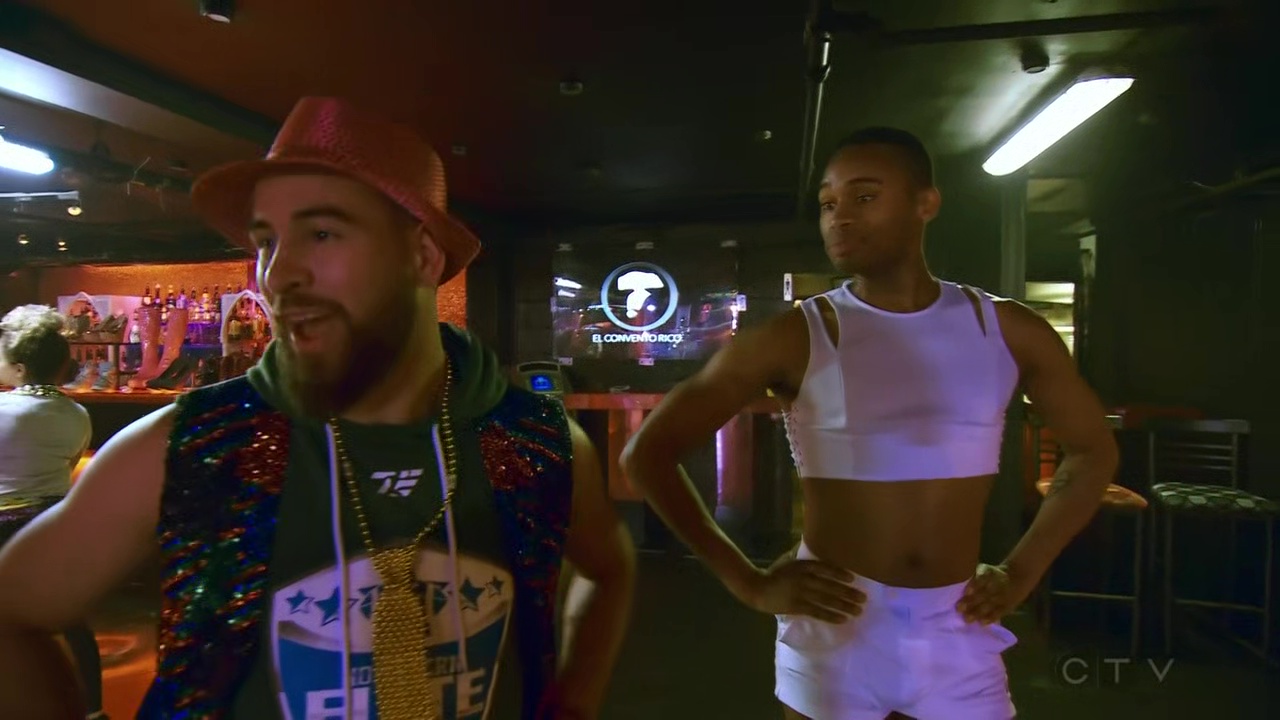 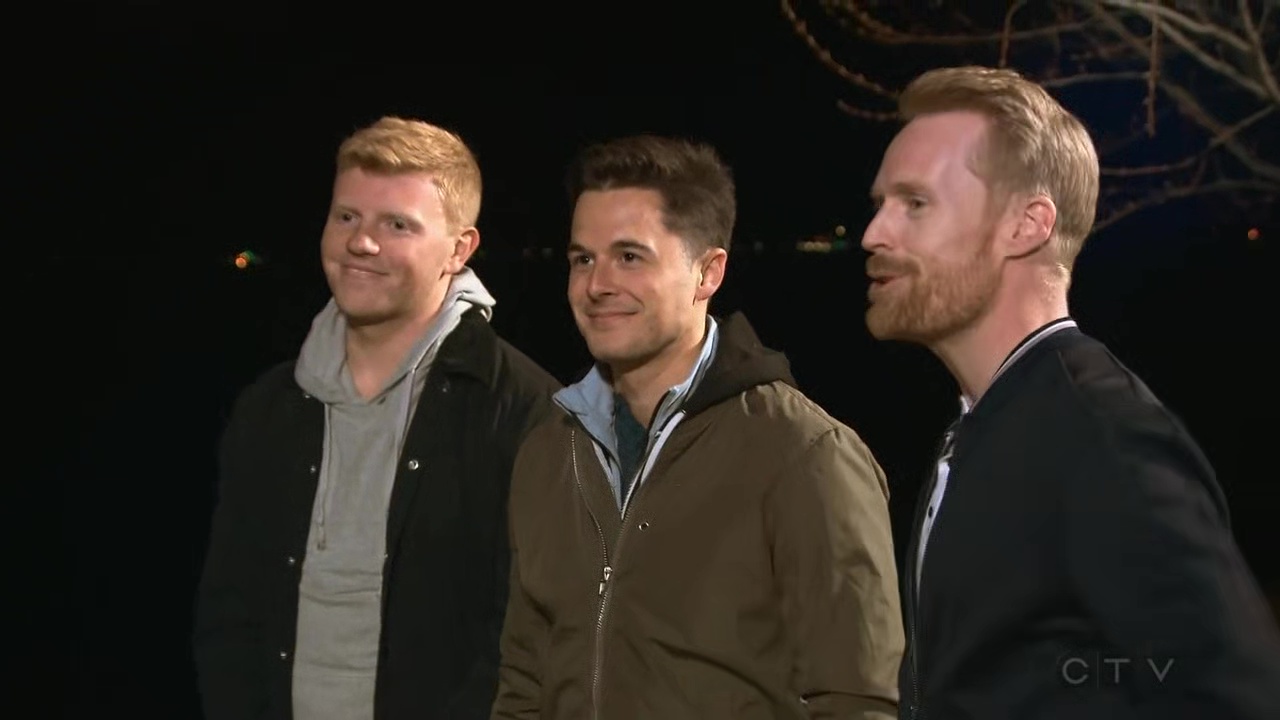 That means Zainab & Monica are last and eliminated.

It was a pretty good Leg. Especially with the zero-hour Pit Stop, having a pretty full Leg here certainly should have exhausted teams by this point. I would say that it’s such a TAR Canada thing to have two teams Racing in their hometown and how unfair that might be. But being in their hometown certainly didn’t help either Leanne & Mar or especially Zainab & Monica.

Anyway, first up was a typical observation deck task. What was interesting about it was that the Route Marker was in the square below and not the actual building the flag was on.

The Chevy task was a combination of many TAR tasks of the past, including the standard “back up camera” task. This would otherwise be a “been there, done that” task, but together with the other tasks, made this Leg nice and full. And of course, we’ve got to promote our wonderful sponsor.

The Detour was alright. The latte art has certainly been done before as well. And it’s a big city-kind of task, so it works here. The dance task was kind of fun here since it’s voguing and fresh from other dancing tasks. We didn’t really see any teams struggling with it, despite the editing trying as hard as it could to do so.

While you’re here, please check out the most vogue song of 2018, “Snapshot” by IN2IT!

Finally, the food bank task was fine and a good extra task to place at the end of what has been a very long day. Especially needing to be focused on the order and careful to fulfill it, it’s a perfect task at this point of the day as well. Though none of the teams struggled with it, save Leanne & Mar who seemed to quickly figure out their mistake.

Overall, a solid, full Leg even if most of the tasks were uninteresting on their own. They came together for a competitive Leg.

But ewe, a Face Off next week. And another learn and perform task! Dancing again too. Yikes.

Another week where my team rankings don’t change. All teams were fine this Leg again. Martina & Phil are still awesome. And Nancy is pretty awesome too. She just does everything on the Race, no problem. And she’s competitive while being fun, which is also great.

Courtney & Adam though feel like they’re a team that’ll go far in the Race. I can feel their endgame story developing. lol

Them U-Turning Zainab & Monica was okay too since it really was to stay in the Race. You gotta do what you gotta do. But I definitely forgot Zainab & Monica U-Turned Todd & Anna in Jakarta. That’s certainly interesting. But for Zainab & Monica, they just had to be more than perfect to catch up to the other teams on this Leg. Unfortunately for them they weren’t. And the U-Turn sealed the deal.

Courtney: “Be safe and considerate.”

Mellissa: “Those twerps! They’ve just been leeches this whole leg.”