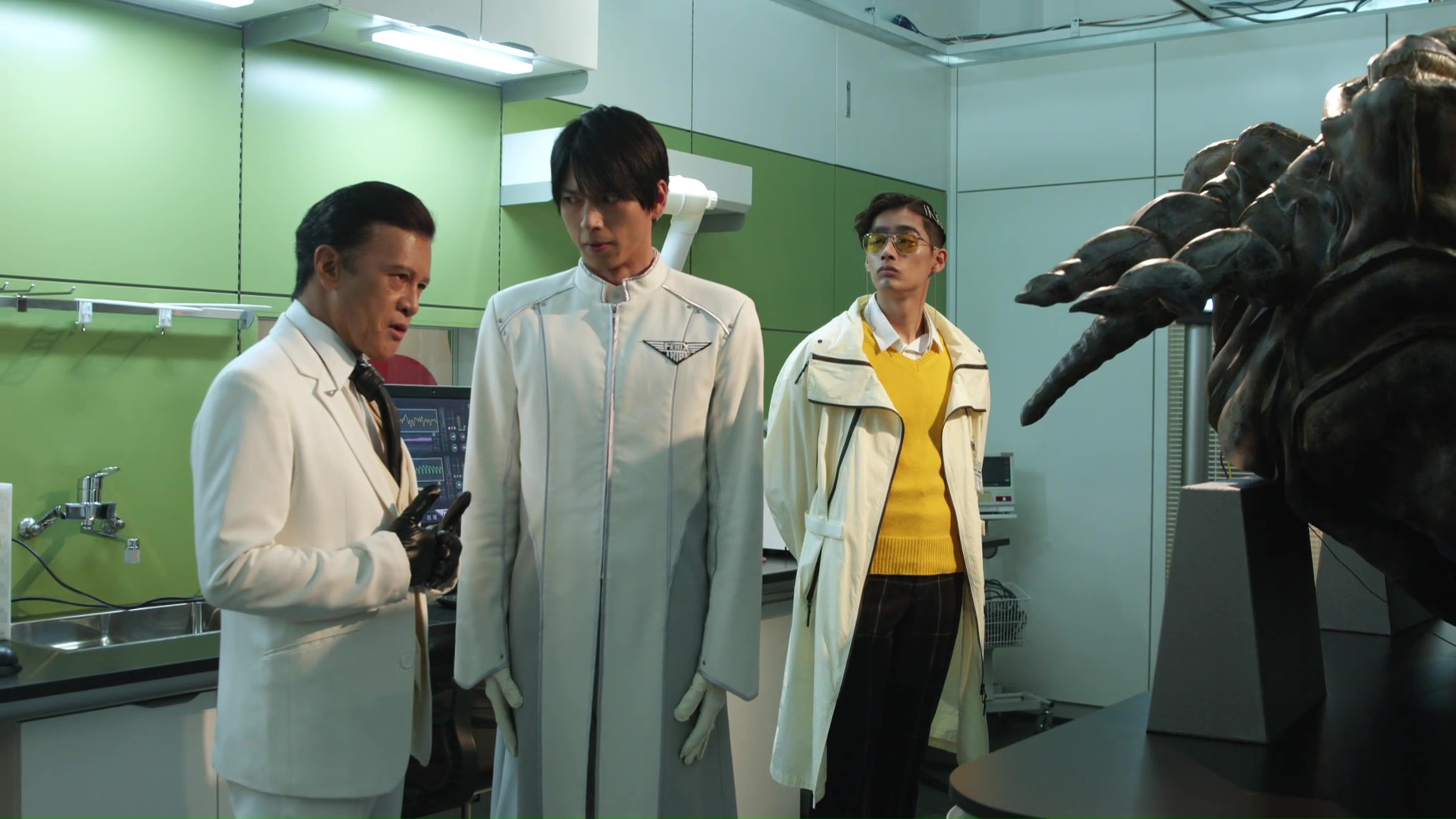 Commander Hiromi wonders out loud to George if they should’ve just destroyed the big Gifu sarcophagus. But Fenix director Akaishi Hideo pops in and says he disagrees. Their priority should be destroying Aguilera, Olteca and Julio. The government is demanding the Deadmans be eliminated as soon as possible.

Commander Hiromi understands and hurries out to speed up the search. George shares a suspicious glance with Akaishi before leaving the director alone with the strange coffin.

Aguilera is on a rooftop, vowing not to let anyone else touch her beloved Gifu-sama. Julio tells her to smile and says this is all Olteca’s fault. Though Aguilera could care less about him, Julio says he detests traitors like Olteca the most. 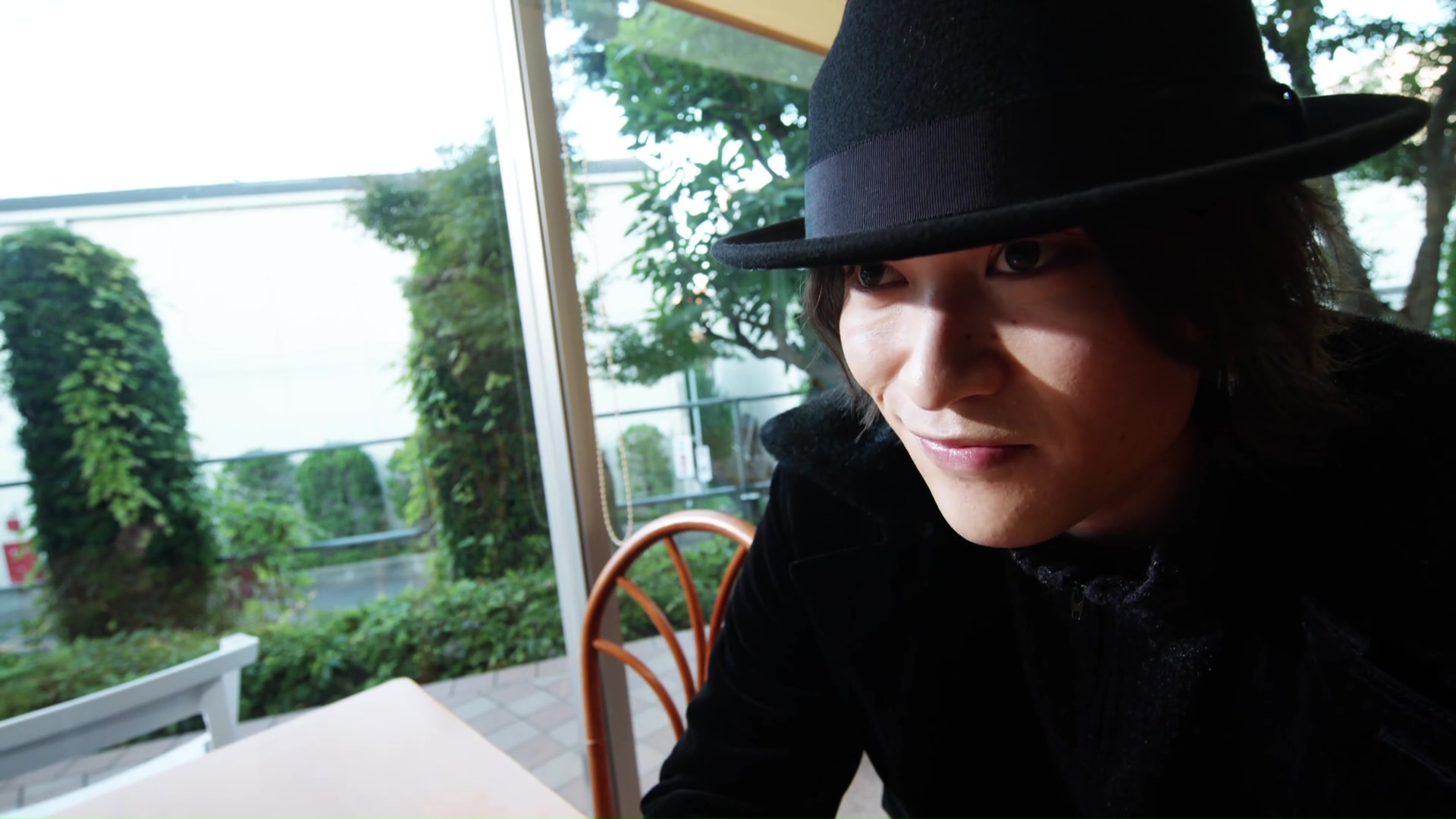 On the other side of town, Olteca meets with some people asking them to round up Deadman cultists so they can reclaim their Gifu-sama.

Over at Happy Spa, Sakura can’t stop thinking about the freaky long basement staircase she saw, but did not go down, at the Ushijima’s home. She asks Mama Igarashi if such a stairway is normal, but she says not at all.

An exhausted Buu-san is helping out at the spa while Papa Igarashi is back at the hospital for his bad back.

Just then, young man Okuda Yosuke comes in asking for help and points to Julio on the TV where the news is reporting on the Deadmans. He says his real name is Tamaki Gou.

Ikki comes in to ask George to help save the three Deadmans by finding a way to separate the demons from the human. George says he’s developing a brand new Vistamp that might do the trick. But if Ikki is unable to master using it, he should prepare to burn in hell.

George has Ikki and Vice participate in virtual training since the new Vistamp involves greater power that comes with some danger. If they can master it, they will be able to separate humans and demons even without a Rider Kick.

They begin training. But they discover some strange side effects of the power. George says this new Genome draws on Remix level power for each of them individually. They will have to be in sync in order to avoid recoil damage from the attacks. For Vice that means he freezes and for Ikki, burning in flames. 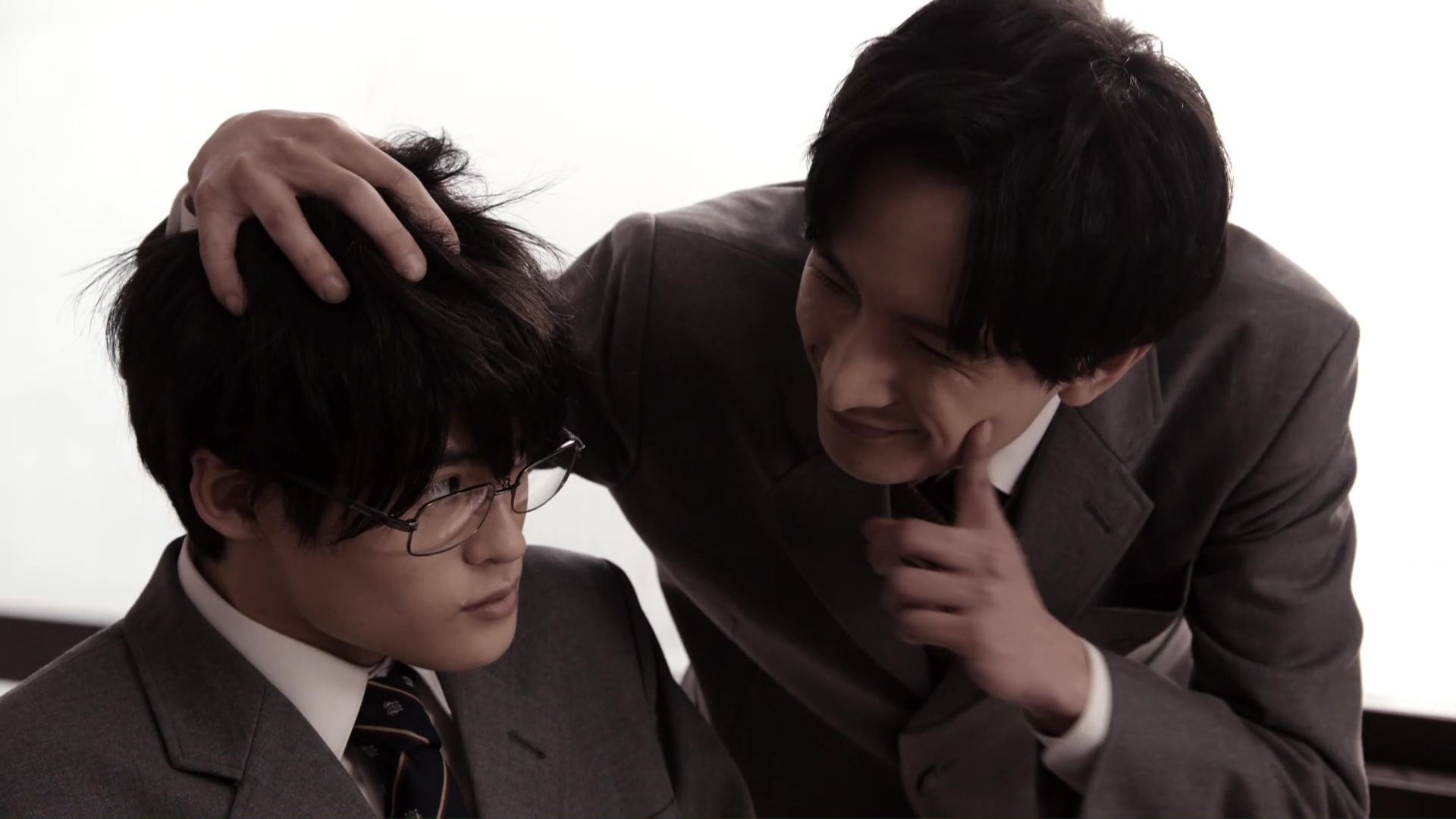 Back at the spa, Yosuke tells Sakura about his high school friend Gou. They would play collectable card games together even as their classmates would make fun of them. Though Gou would feel bad, Yosuke always cheered him up by telling him to smile and ignore the bullies.

One day, Yosuke ended up betraying Gou when the bullies ordered him to treat Gou like crap. Yosuke ripped up a special card Gou had won and gifted to him. Since then, the two of them have been on bad terms. And soon after, Gou moved away before Yosuke was able to apologize. 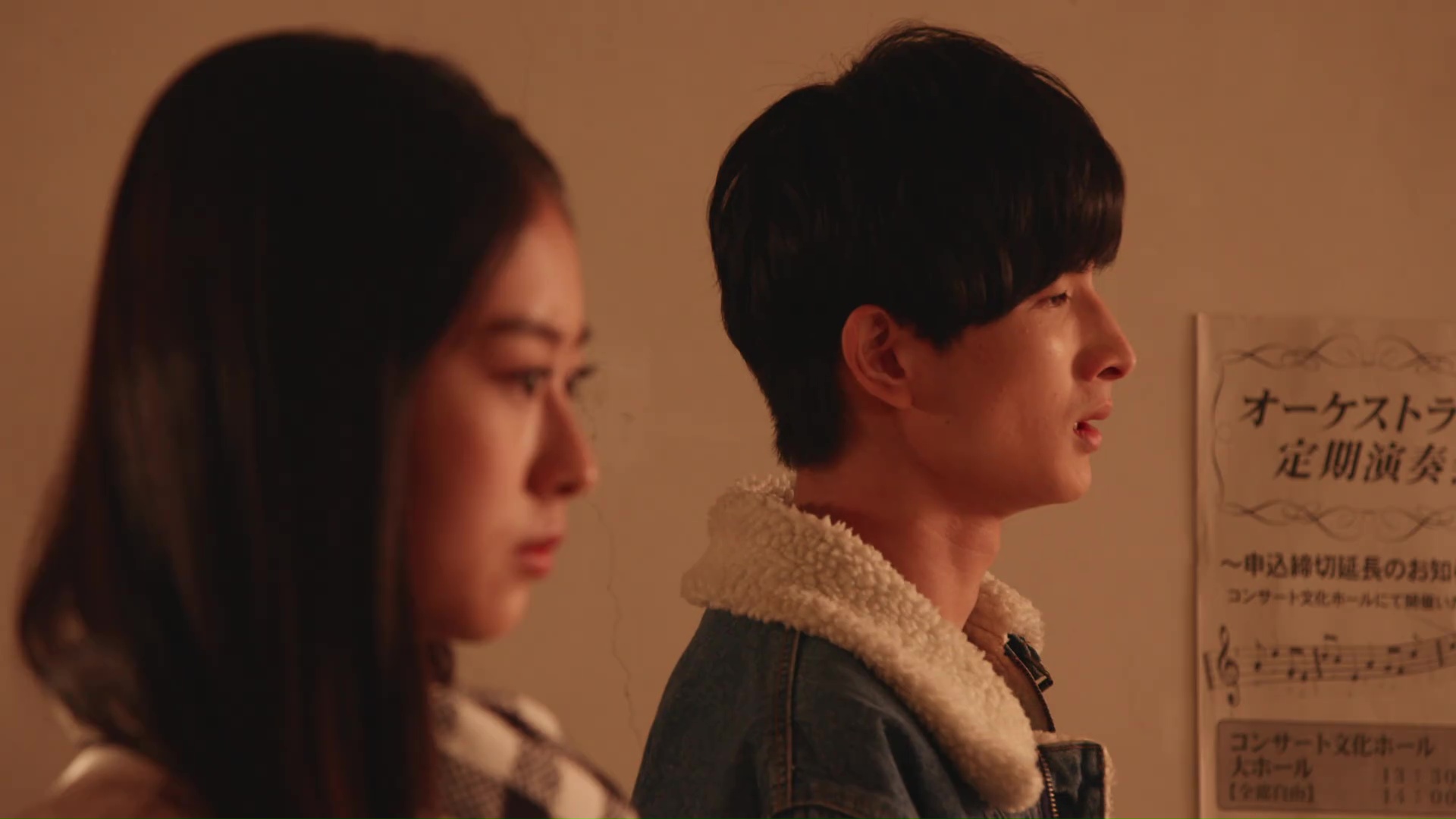 Yosuke brings Sakura to his old high school as he tells his story. He asks Sakura to please find Gou for him so he can apologize and hopefully stop the Julio he is seeing wreaking havoc in the city. Sakura says she will try her best. 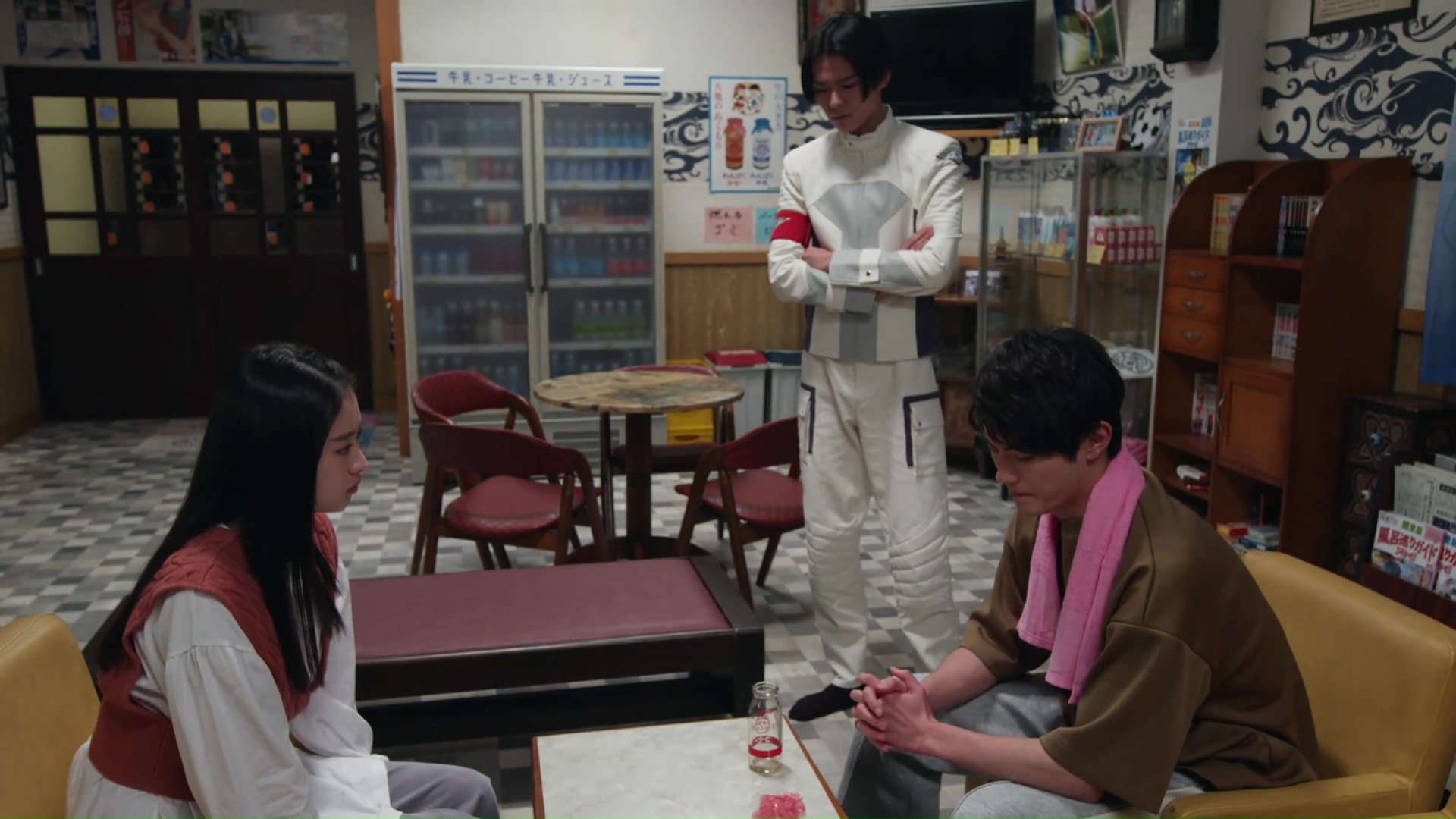 Back home, Sakura tells Daiji and Ikki about Yosuke’s request. Though Ikki is more sympathetic, Daiji doesn’t think she should’ve made such a promise. Daiji reminds them that at the moment, they can only defeat Julio, not save him.

On the rooftop, Aguilera asks Julio what’s with his long face. He recalls the first time they met where he explained to her that he wanted to join Gifu-sama’s family because his friend backstabbed him and had been unable to talk to people. She had told him to stop feeling miserable. And while pinching his cheeks, told him that merely being in her presence should be cause for a smile.

Aguilera says they’re the same now since Olteca betrayed her as well. Hearing this reignites Julio’s anger and vague memories of Gou’s past.

Elsewhere in the bowels of the city, Olteca addresses Deadman acolytes who are dressed in black hooded cloths. They decry the horrible society that continues to look down on the weak.

Olteca is happy that their bonds are still strong. And with that, they will be able to sow fear as reborn Deadmans.

Next day, Ikki and Vice resume training and are making great progress. But Ikki wants them to hurry so they can save people. Vice asks why Ikki only gets fired up because of other people

Just then, the alarms sound and they watch live video of Olteca and the Deadman cultists making their move downtown. Olteca stamps one of the acolytes and summons a demon. George is shocked by what he sees.

Ikki grabs the new Vistamp and they hurry downtown where Daiji and Hiromi are already fighting Juniors. Olteca notices “the one” Hiromi and is about to kill him. But Julio jumps in to attack the “filthy traitor.”

Yosuke arrives with Sakura and he tries to call over to Gou who keeps his focus on Olteca. Sakura henshins, kicks Olteca away and tries to get Julio to speak with Yosuke-kun.

Julio again vaguely remembers what happened in the past, but does not remember a Yosuke. 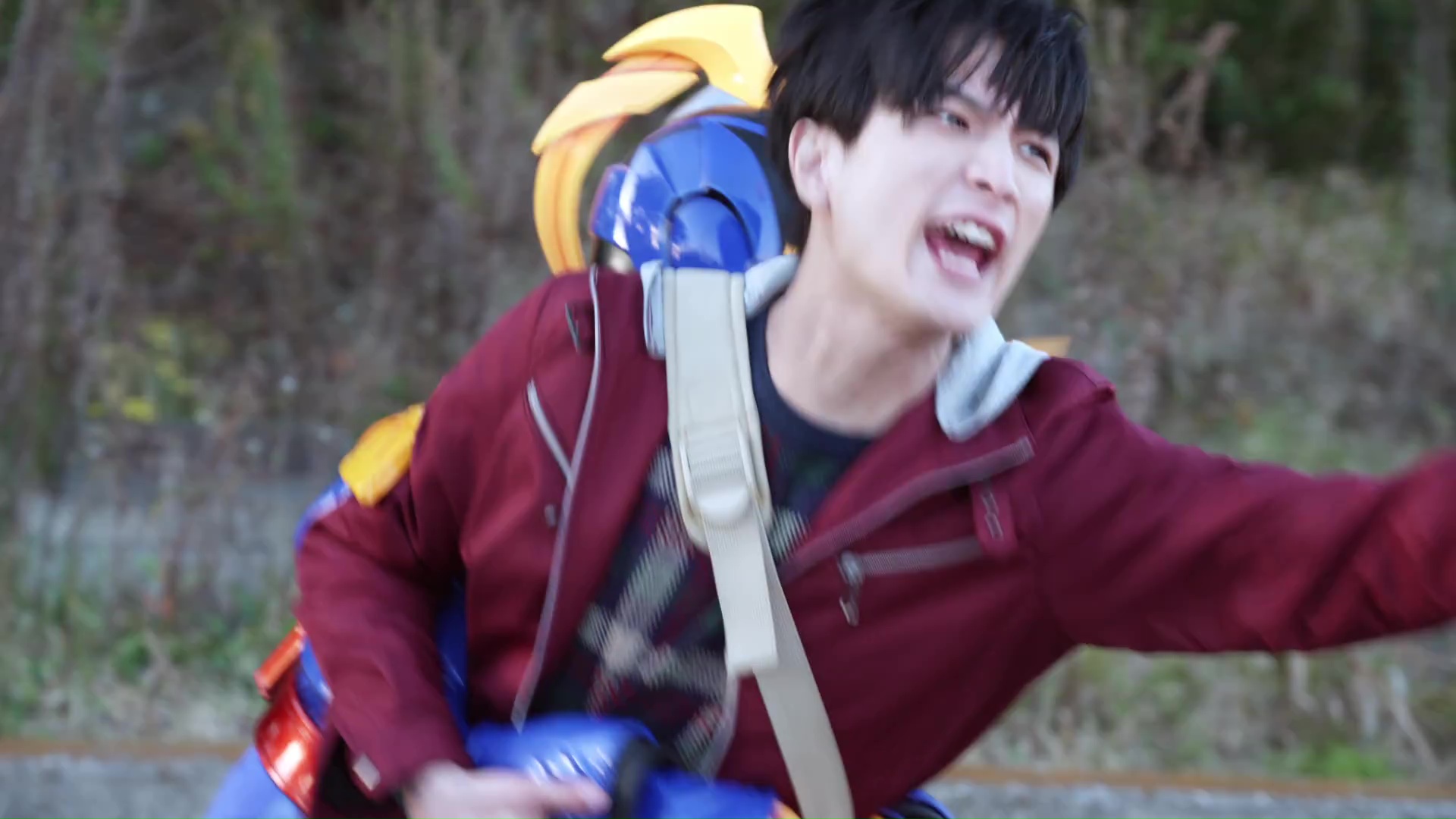 Olteca knocks Sakura aside and forces Julio to dehenshin. Yosuke runs over, again trying to call over to his friend. Sakura stops him from getting any closer.

Ikki arrives and yells at Olteca, asking him why he disregards human lives so easily. Olteca says humans are consumed completely in order to produce these new demons known as Giftarians.

Vice doesn’t like this new demon. Ikki and Vice quickly henshin to Barid Rex. They whip out the new Volcano Vistamp and uphenshin. 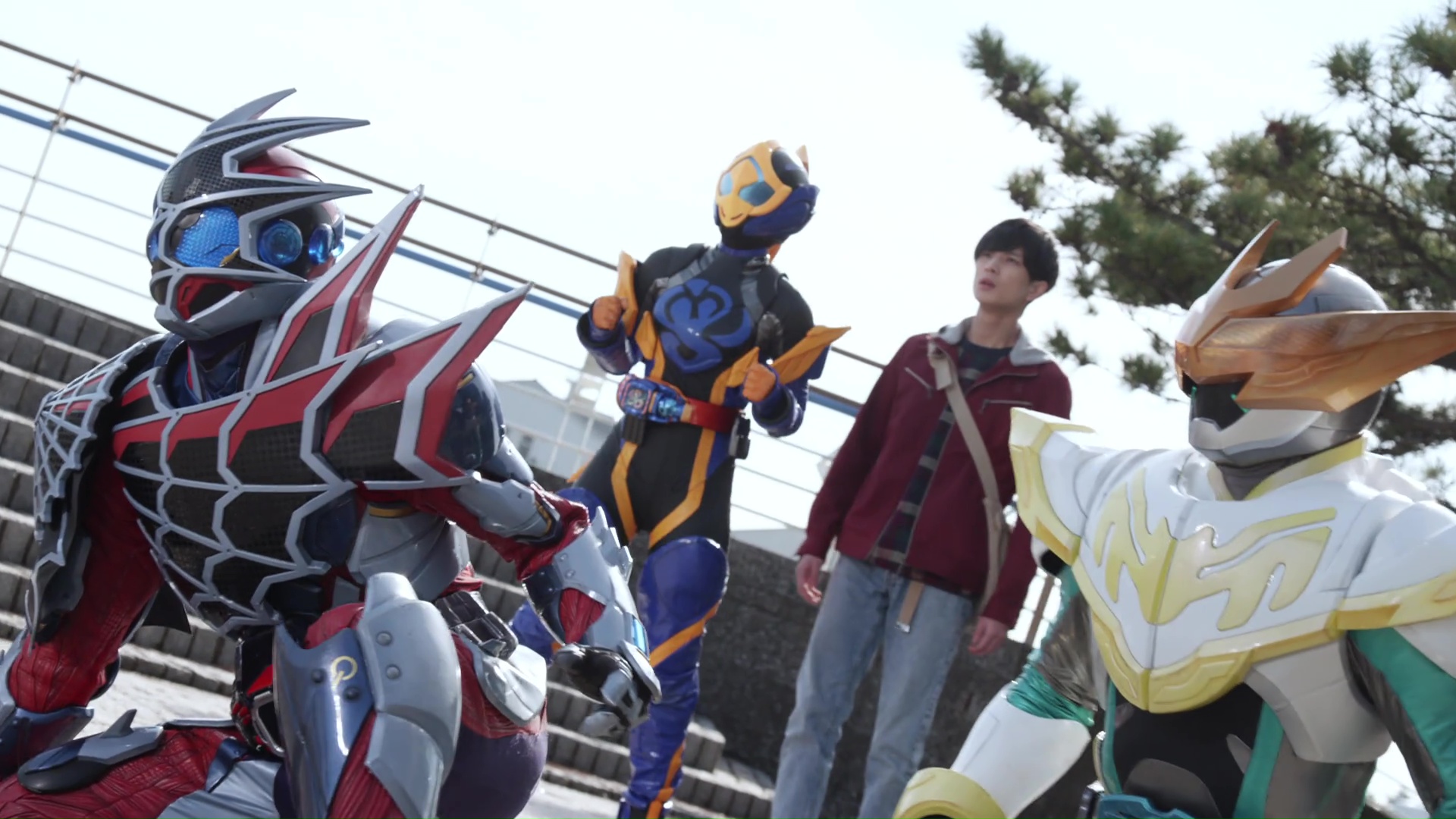 Ikki and Vice use their new power to make quick work of the Giftarian. Their in-sync attack is able to destroy the demon. But Ikki is shocked to see there is no human left as the smoke clears.

Olteca mocks Ikki and says there is nothing he can do to save anyone. An incensed Ikki charges toward Olteca. 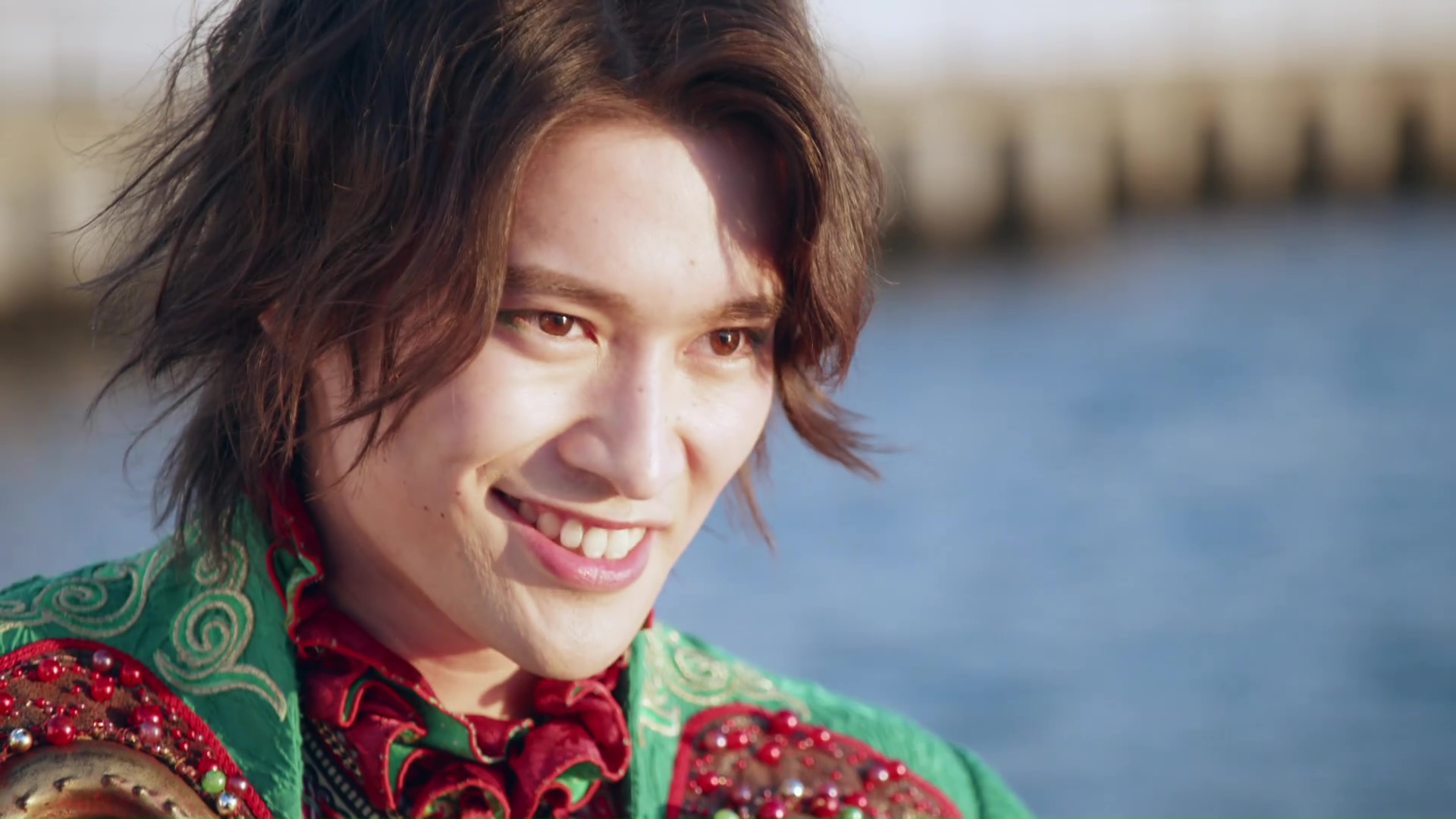 It’s great to have Revice back. A year ago, a week off from Kamen Rider would be a welcome gift. This year, it felt like a loooong wait. And that’s actually a great feeling to have! lol Sincerely looking forward to the next episode of Kamen Rider is a wonderful feeling. Very different from a year ago.

Anyway! A great episode to come back with. They definitely delved deeper into the story. It’s very interesting to see them laying out more of what the Deadmans are about. I guess preying on those who feel aggrieved by society and people around them. The way they do so is definitely cult-like behavior.

There’s great potential in the MOTW stories as we meet more Deadmanites and Giftarians moving forward.

A theme for this episode is definitely the bonds between friends and buddies. Of course as we saw Ikki and Vice needing to be in sync and trusting each other in order to safely use the new power. (As well as Vice continuing to point out things about Ikki’s motivations. Most likely will play a part in his story later on.)

But also seeing the idea of betrayal and backstabbing with the Deadman3. Really, more about bonds being broken. There’s the bond Aguilera thought she had with Olteca. And then there’s Gou/Julio’s bond with his best bro Yosuke. Both shattered for unique reasons.

I really enjoyed that peek into Julio’s backstory. But obviously there’s still more to explore there. Such as how he found himself in the presence of Aguilera. Who approached him? And does Gou still exist somewhere inside Julio. I hope we do get to explore more about these questions and others. And of course, a resolution to Yosuke and Gou’s relationship as well.

I’m very excited to see Olteca’s backstory. (And also go a bit deeper at how/why in the world Aguilera would be a chosen child bride for a, literal, dead man inside a coffin.)

I really hope he, and the other two, are here until the end of the season. I usually get annoyed when the obvious main villains get unceremoniously tossed aside in the middle of the season. I don’t mean that the Big Bad has to be one of the villains or even a character (I have my eye on you George!) that we meet at the very beginning of the season. Because I know a new Final Boss can always appear late.

But a season like Zero-One is a great example of being able to develop such characters over the course of the entire season to make the climactic battles in the end that much more impactful.

So basically, please don’t kill off Olteca, Julio or Aguilera before at least the 40s. lol

I love seeing the siblings discussing things and hashing things out. It really is great and refreshing to have siblings as the main heroes of a season. There’s just something fun and different about that dynamic. And when the three of them are great characters on their own as well, that’s even better.

We get a new director to take over as the sketchy authority figure now that Commander Wakabayashi is sadly no more. And with his arrival, of course more teasing about how sketchy George continues to be.

And what’s up with Hiromi? That’s definitely not COVID that’s making him feel that way. And George probably knows exactly what’s wrong. Though apparently Olteca might know also.

Speaking of sketchy and teasing, that was definitely the case with Sakura and the Ushijimas. And even Papa Igarashi’s heartless condition too, especially with relation to the beating heart inside Gifu’s sarcophagus. Gifu is Papa Igarashi’s demon? Would be wild! Lol Thinking about it though, I would love it if Papa and Mama Igarashi known much more than they are letting on. And perhaps even Happy Spa itself will play a big role in the endgame. I’d love to see it!

Overall, a great episode to welcome the show back after the New Year’s break. Big story developments that definitely hit the mark.

That’s definitely something you could not say a year ago. 😉