Good Ol’ Review: Honey Lee is Truly a Wonder as She Leads the Refreshingly Fun and Satisfying “One the Woman”

SBS has had a blockbuster year with its Friday-Saturday drama timeslot with two seasons of Penthouse sandwiching Taxi Driver for almost eight consecutive months of winning ratings and unmatched buzz. So the series taking over the slot after the end of Penthouse Season 3 had some huge shoes to fill. That series was One the Woman and it has no problem doing so.

SBS’ One the Woman (원 더 우먼) is an absolute fun ride. Honey Lee is charming and irresistible as she leads a strong cast in bringing to life a hilarious, exciting, dramatic and feel-good story. Korean audiences apparently thought the same as it had no problem continuing the network’s winning streak in the slot. A perfect balance of kick-ass action, well-placed comedy and soapy drama makes for a winning combination and one of the year’s most refreshing and enjoyable watches.

Honey Lee stars as Jo Yeon Joo, a rogue prosecutor who is not above accepting bribes and engaging in all-out brawls with gangs. However, her life changes when she wakes up with amnesia after an accident and is mistaken for Kang Mina, daughter-in-law of the Hanju Group chaebol family and an heiress herself.

Believing herself to be the woman everyone around her says she is, Yeon Joo as Mina struggles to adjust to life in a family that treats her horrible all while she tries to regain her memories.

Meanwhile, Han Seung Wook (Lee Sang Yoon), estranged cousin of the Han Family, returns to Korea for the first time in years in order to dig deeper into his father’s untimely death. A death that resulted in his uncle taking over the conglomerate.

Yeon Joo (as Mina) and Seung Wook soon find they may have common goals and eventually work together to uncover the truth about their respective pasts. 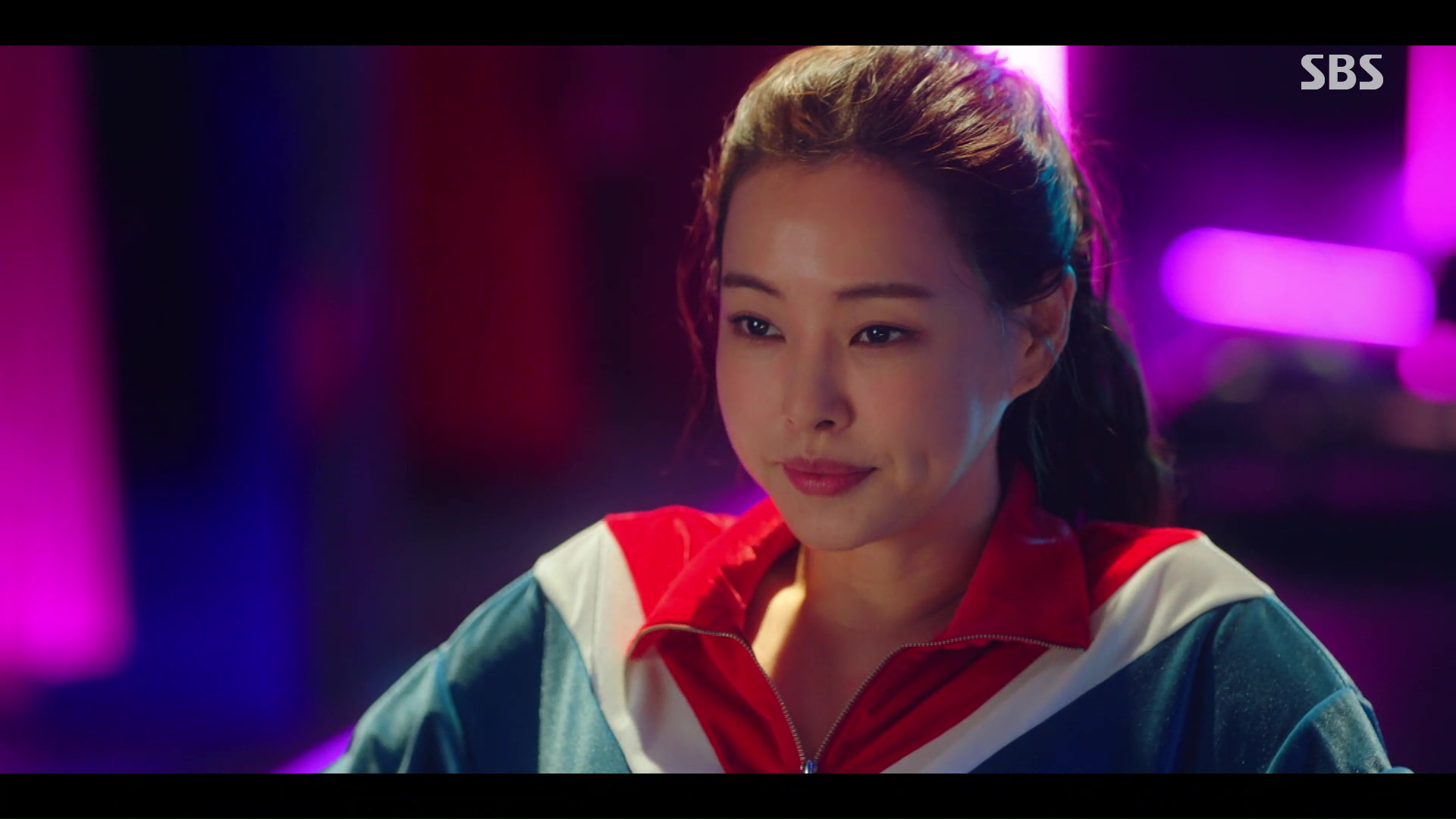 One the Woman establishes its tone within the first minutes of the series. The attention-grabbing opening sees Honey Lee kicking ass (literally!) as Yeon Joo. As we learn more about how she carries herself as a hotshot prosecutor, the show effectively parallels fleshing out the dynamics of the Han family. Especially of the relationship Kang Mina has with her in-laws.

The aforementioned balance of action, comedy and drama is effectively executed in the first episode. And that sets the stage for what ends up being an exciting and fun ride across the other 15 episodes.

Familiar themes including, though not limited to, soapy familial corporate war, corruption in the justice system, tragic pasts and sweet romance carry most of One the Woman‘s narrative weight. But perfectly timed comedy, action and sincerely emotional moments bridge those themes together for what is a full, well-rounded package.

There’s a bit of mystery as both Yeon Joo and Seung Wook uncover the truth about their pasts. But Yeon Joo’s amnesia also brings about some hilarious fish out of water comedy, as amnesia plots are one to do. What makes it all work is the way One the Woman doesn’t depend on low hanging fruit. There’s a lighthearted tone throughout and the series doesn’t take itself too seriously. But it also gives the right amount of depth and development to help solidify the foundation of the series’ narrative in a way that grounds and gives reason to the story.

One the Woman‘s plot can be described as one big puzzle with each character holding the pieces to complete it. Such a set-up can result in a story being purely plot-driven and disconnected. But that is not the case here. Each character is distinct and fully realized. Each may fill a role (or puzzle piece) in the grander scheme of things. But each character gets their deserved amount of development and growth through the course of the series.

In doing so, One the Woman‘s many surprise twists and turns always land and hit their mark, whether they are more lighthearted surprises or shocking twists. 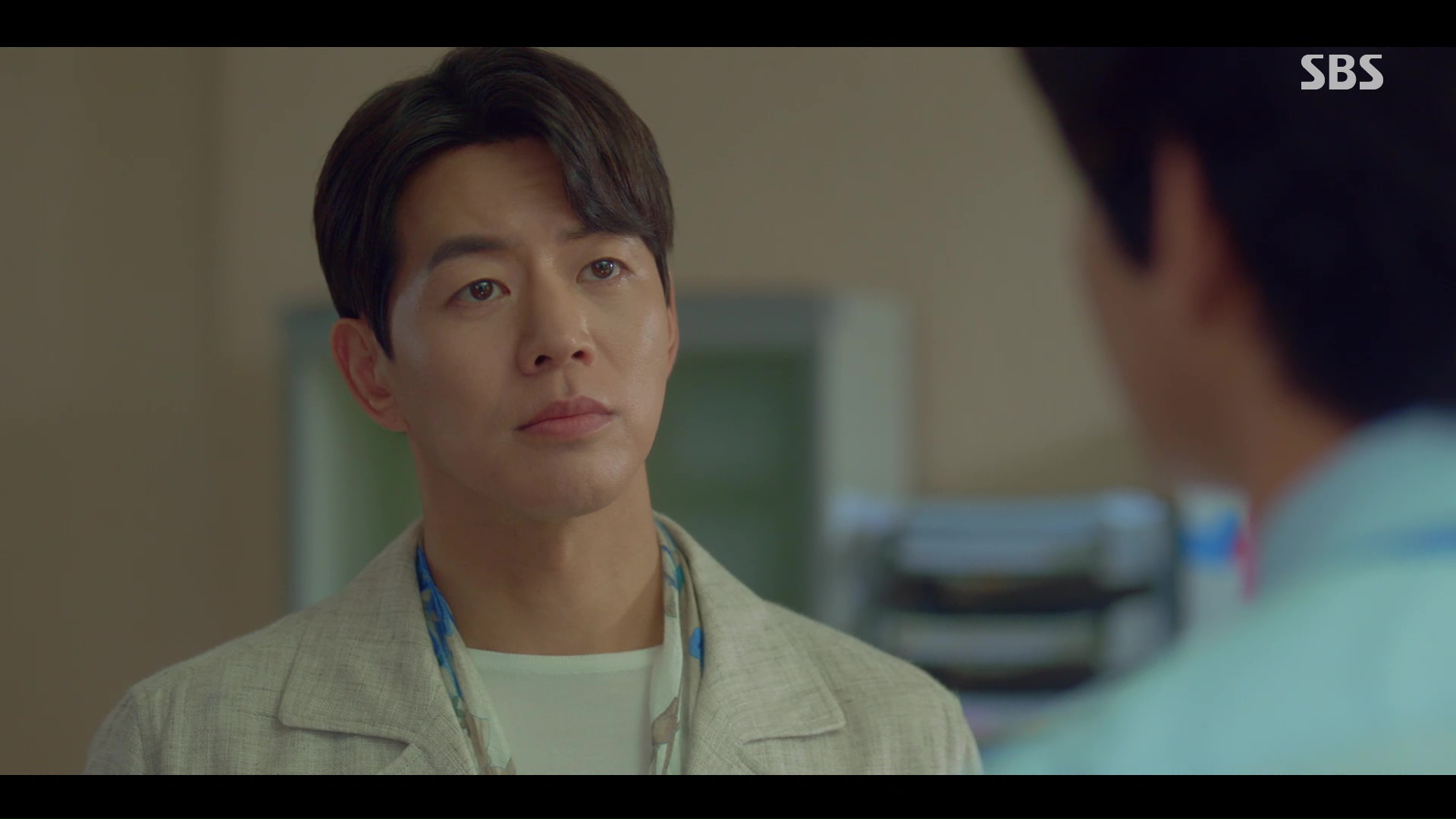 The wonderful ensemble definitely delivers and there are many standouts. Lee Sang Yoon is perfectly cast as the Han Seung Wook. Lee Sang Yoon’s charismatic performance allows him to be the romantic lead as well as his own character with his own important story. Lee Won Geun, in his first role after completing his military service, is great as prosecutor and Yeon Joo’s university friend Ahn Yoo Jun. His charming, boy next door personality works well as he must be a tough, upstanding prosecutor who is also a soft dongsaeng with feelings for his colleague Yeon Joo.

The tease of romance is another fun aspect of the series, but it never overpowers any of the other themes and stories being told. Just another piece of the fun puzzle. 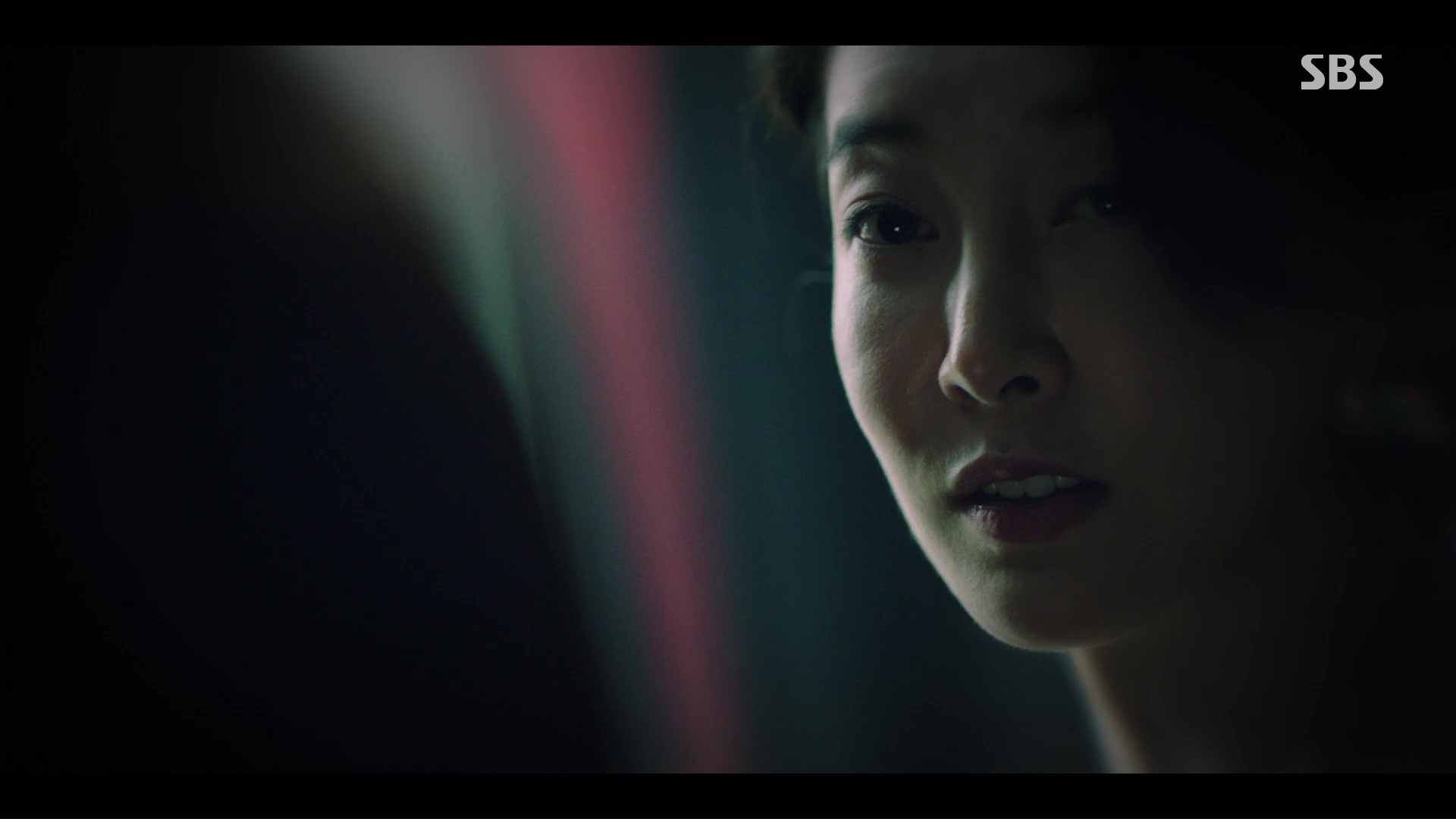 Jin Seo Yeon is at the same time captivating and frightening as the cutthroat and ambitious Hang Seong Hye, eldest daughter of Hanju Group. Seong Hye perhaps goes through the most roller coaster of emotions in the series and Jin Seo Yeon’s performance makes the character a standout that demands attention.

And young actors Weki Meki’s Kim Do Yeon (as young Yeon Joo/Mina) and The Boyz’s Kim Young Hoon (as young Seung Wook) make a strong impression and help to establish the backbone for the current events.

But all eyes are definitely on Honey Lee. She just exudes an unmistakable charm and charisma as both Yeon Joo and Mina. Between high flying action sequences, hilarious physical comedy and emotional, heartfelt moments, Honey Lee has no problem vividly bringing both characters to life. Being able to make an impact with the very first scene and then still able to peel back the layers of her character in a way that allows the audience quickly be on her side, she delivers a passionate performance that is both fun and sincere. And it’s definitely hard to see anyone else but her in this role. 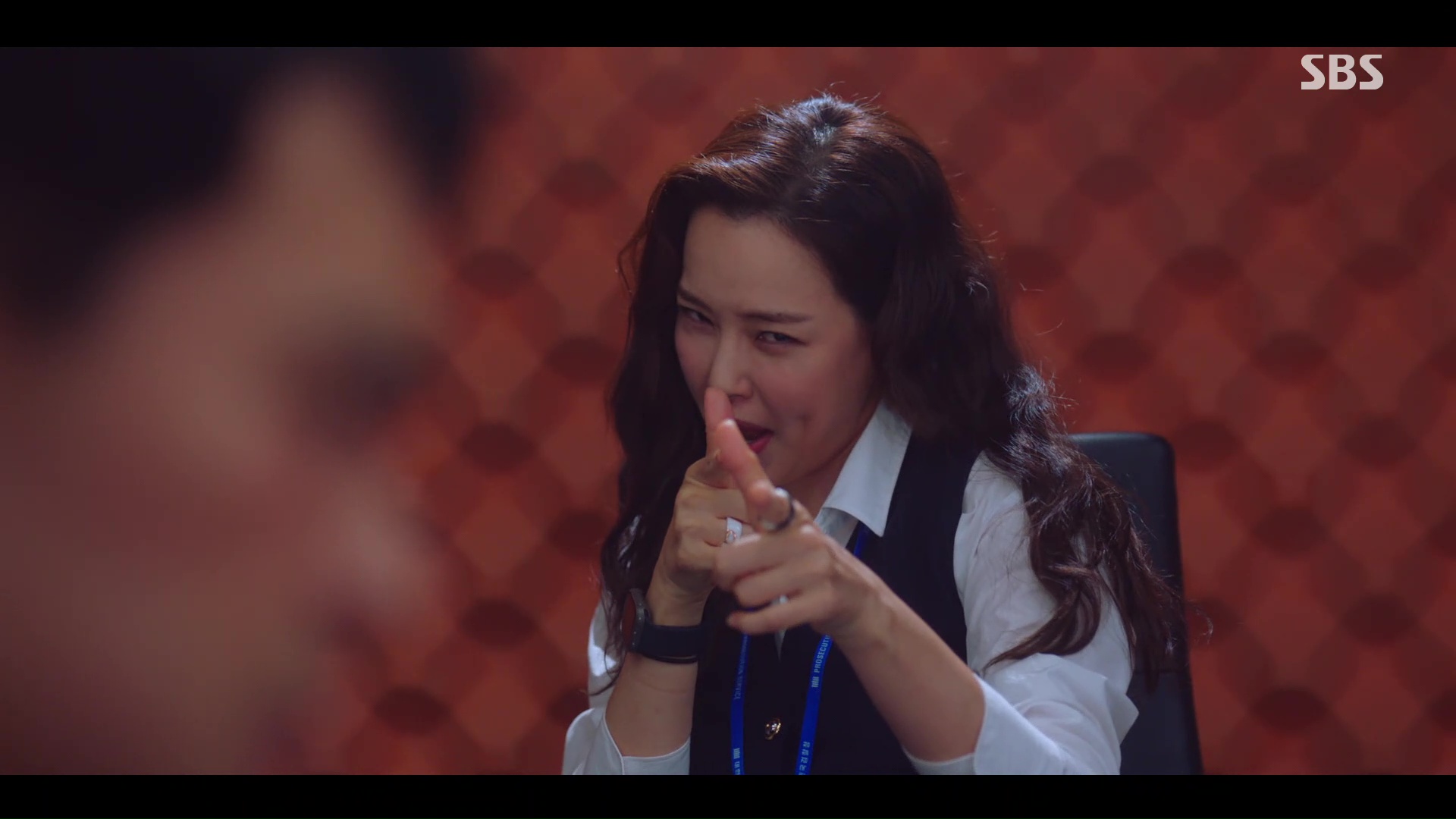 Everything just comes together in this series. Again, in a Korean drama landscape that can lean toward the more dark and heavier side of things, a series like One the Woman is a very welcome and warm oasis. With its perfect balance of comedy, drama and action, powered by an excellent cast and well-rounded production, One the Woman is a refreshing and wholly satisfying viewing experience.

Good Ol’/Check-In Review: Season 1 of OCN’s “Voice” an Origin Story That Stands on Its Own