Kento whisks Touma and Rintaro safely back to the North Pole to regroup. Rintaro says he will go out and look for the rainbow bubbles that foretell the arrival of Megids in order for them to exploit that. Ogami-san says he will go after Calibur.

Touma senses Kento is a little out of it. Ogami-san quickly shifts Touma’s attention away from Kento. But Tetsuo comes in to say Ogami-san is annoying. Ogami-san agrees.

Tetsuo turns his attention to Touma and advises him not to be so reckless as to use three Books at once especially when he hasn’t even utilized the maximum power of the sword. He takes Touma’s Rekka and Book to recharge it.

Rintaro introduces Tetsuo to Touma as the “bashful swordsmith who maintains the Seiken.”

Next day, Ogami-san tells Kento that he does not have to shoulder the burden on his own. But Kento reminds him that many swordsmen have lost their lives because his father, Calibur, betrayed them. He feels the responsibility to defeat him. Ogami-san says Calibur was his friend too and that it is all their responsibility.

Rintaro arrives at the shop with the Rekka and Book that Tetsuo recharged. He prepares to set off to look for the rainbow bubbles and Mei excitedly comes with. She wants to prove to the SoL that she is worthy of joining them.

Kento is on a rooftop by himself remembering happier memories with his father.

Touma finds him. But before Touma can say anything, Kento brings up how they used to pretend they were in The Adventures of Tom Sawyer. 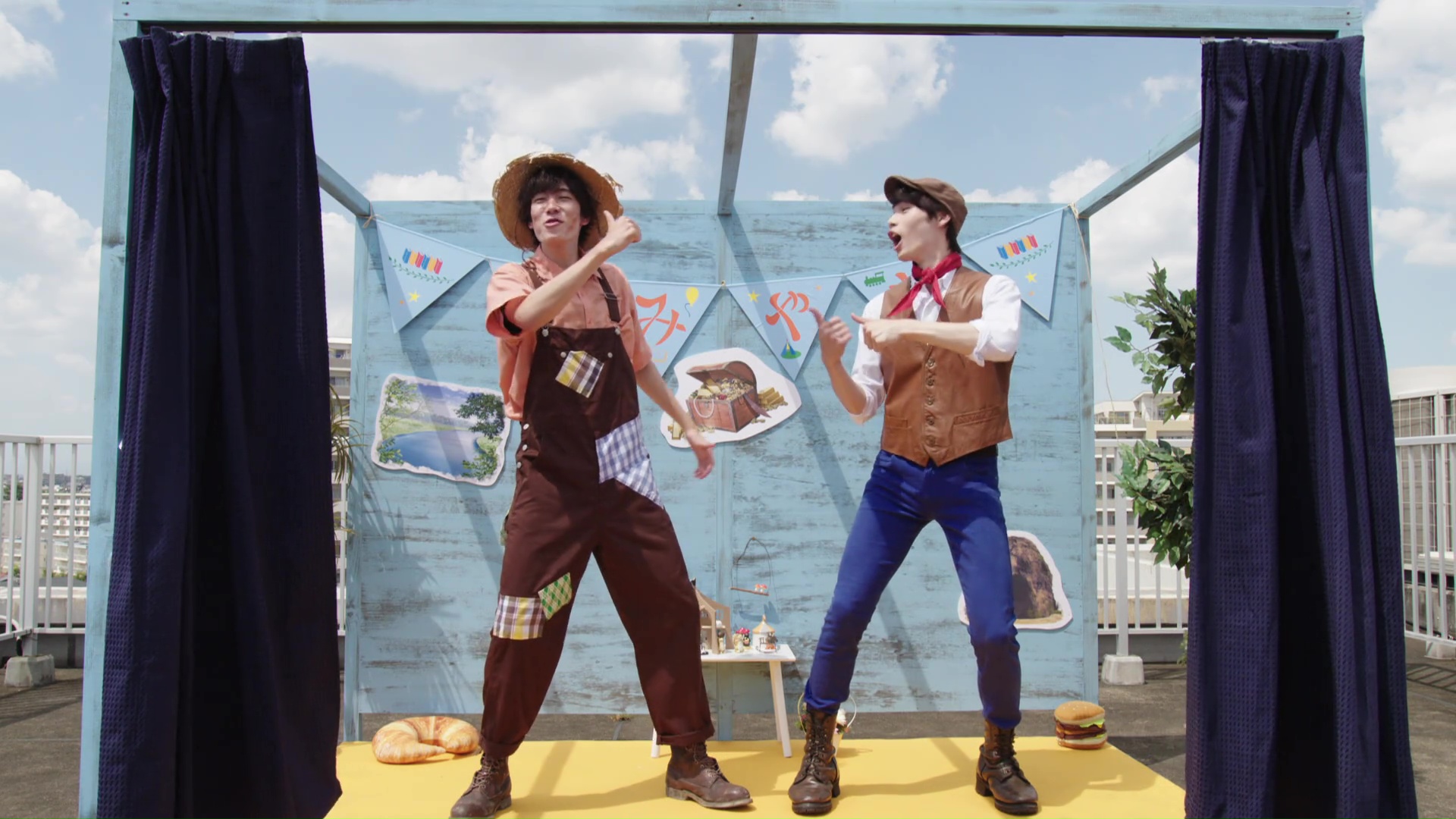 Through their role playing, Touma comes right out and asks why Kento has been acting weird since Calibur appeared.

Meanwhile, Zooous has summoned Piranha Megid and it captures a cruise ship in a Book. 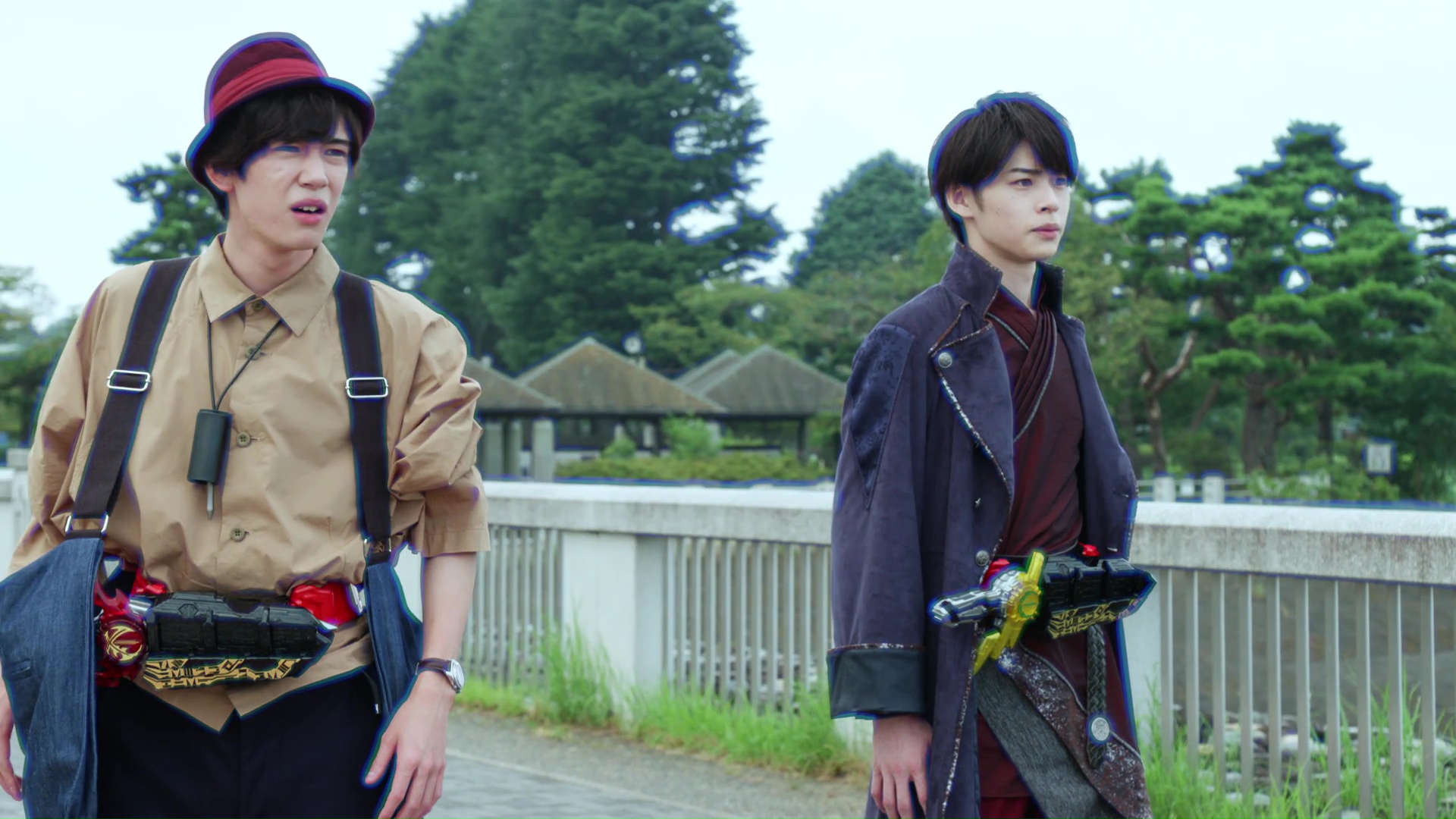 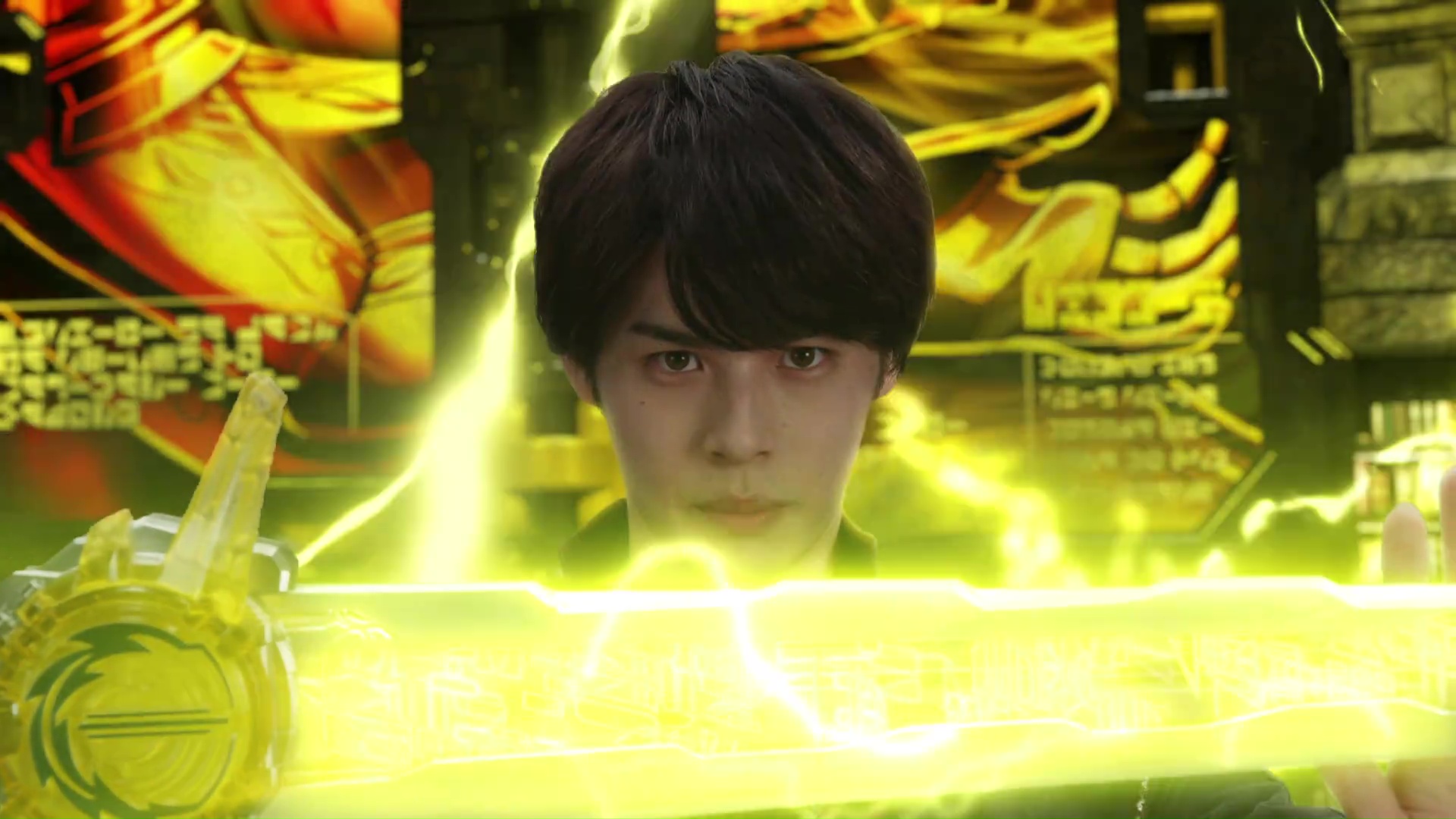 Touma realizes there are people trapped on the cruise ship so he also henshins. But Calibur arrives to stop him and again demands he hand over the sword and Book.

When Touma and Calibur’s swords meet, their Books seem to connect. That seems to confirm something for Calibur. Kento charges toward Calibur and tells Touma that this is none of his business. Kento demands his father explain the reason he betrayed them.

Piranha attacks Touma and he goes Triple Volume to finish it off and release the cruise ship.

Calibur says he has no issues with Kento. They deliver finishers at each other. But Ogami-san arrives to shield Kento from the attack. Calibur disappears.

Ogami-san asks Kento if he’s forgotten his duty. Kento swats his hand away and leaves.

Elsewhere, Storious finds Calibur and says it’s about time he explain why he is so fixated on Saber. “Avalon,” Calibur replies.

Nearby, Rintaro is excited to see an Arai lottery machine and wants to try it out.

Ogami-san finds Kento on the rooftop and offers him a Coke Zero. He ends up making Kento laugh for the first time.

Kento apologizes for earlier and says he doesn’t want to add to Touma’s burdens. Instead, he will be the one that protects Touma. Ogami-san asks if Touma is so weak that he needs protection.

Kento doesn’t understand and Ogami-san says he is just as stubborn as his father. Ogami-san adds that he wishes Kento’s father came to him with his burdens 15 years ago.

Touma comes up to the roof just as Ogami-san is leaving. Ogami-san hands the Storm Eagle Book to Touma and asks him to keep it safe for him. Touma wants to return the Needle Hedgehog Book, but Ogami-san says it is Kento’s.

Touma and Kento return to the shop. Touma hands him the Book. 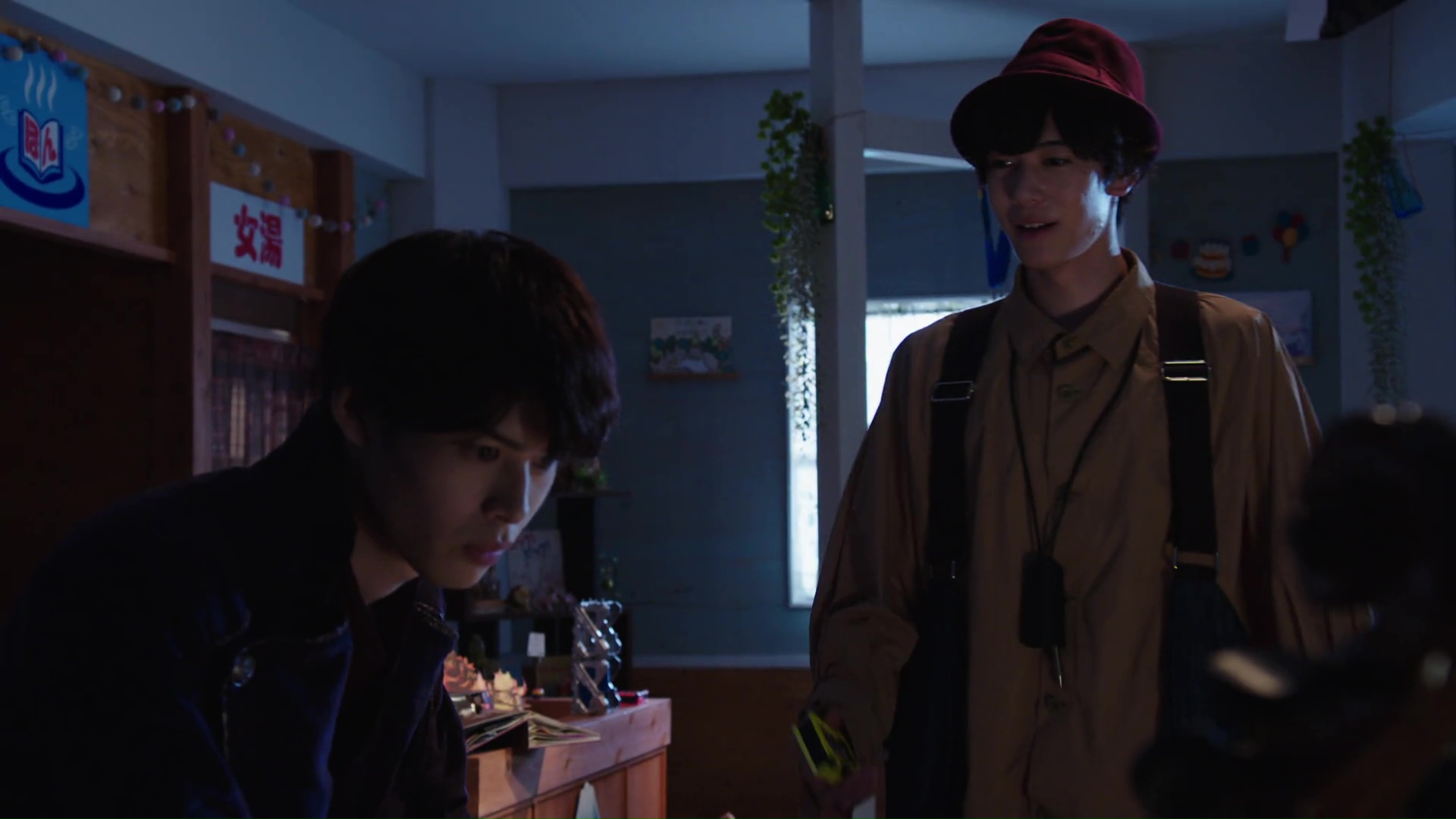 Kento notices Touma’s pop up book on the table and Touma explains that he’s had it since he was a kid. Every time he looks at it, he feels like he’s lost something important and that his time stopped 15 years ago. He wants to find the reason why.

Neither explains that they’re thinking of the very same fateful day. “Isn’t there something you want to ask me?” Kento asks.

Touma thinks for a bit before saying he doesn’t. Kento is surprised.

Touma says he vowed to save anyone in need when he first took hold of the Book. So if Kento ever needs help, Touma would like to be there for him. Kento smiles and says sure. 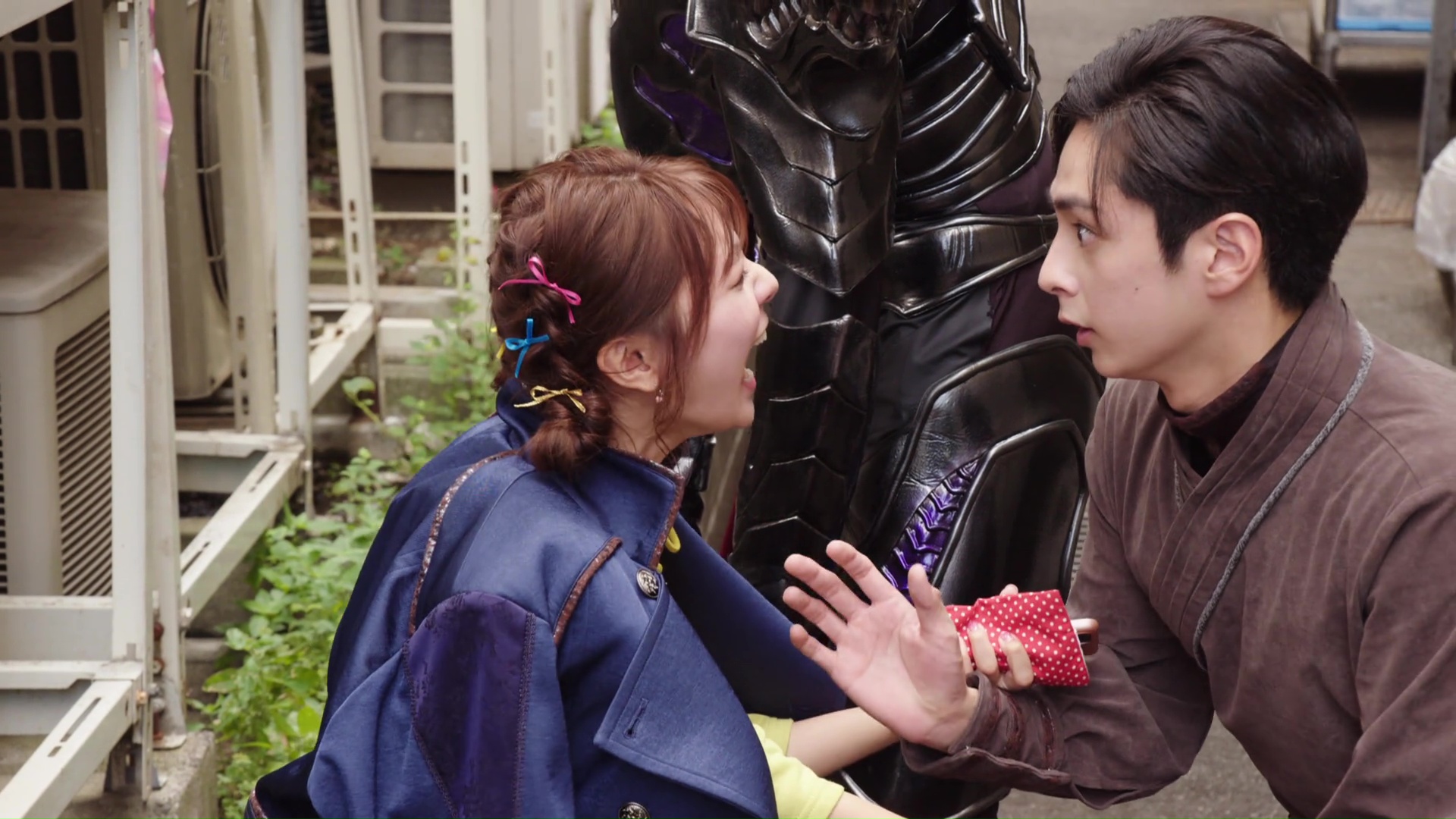 Rintaro and Mei are using Instergram to look for bubbles. But Desast finds them first.

Meanwhile, Touma and Kento hop on their vehicles and henshin to take on Piranha’s brother. Touma uses the Storm Eagle Book to uphenshin and delivers a Two Volume Slash to finish off the baby piranhas. Kento is wowed by Touma’s power.

Kento takes on Piranha Megid and delivers a finisher to take care of him as well. 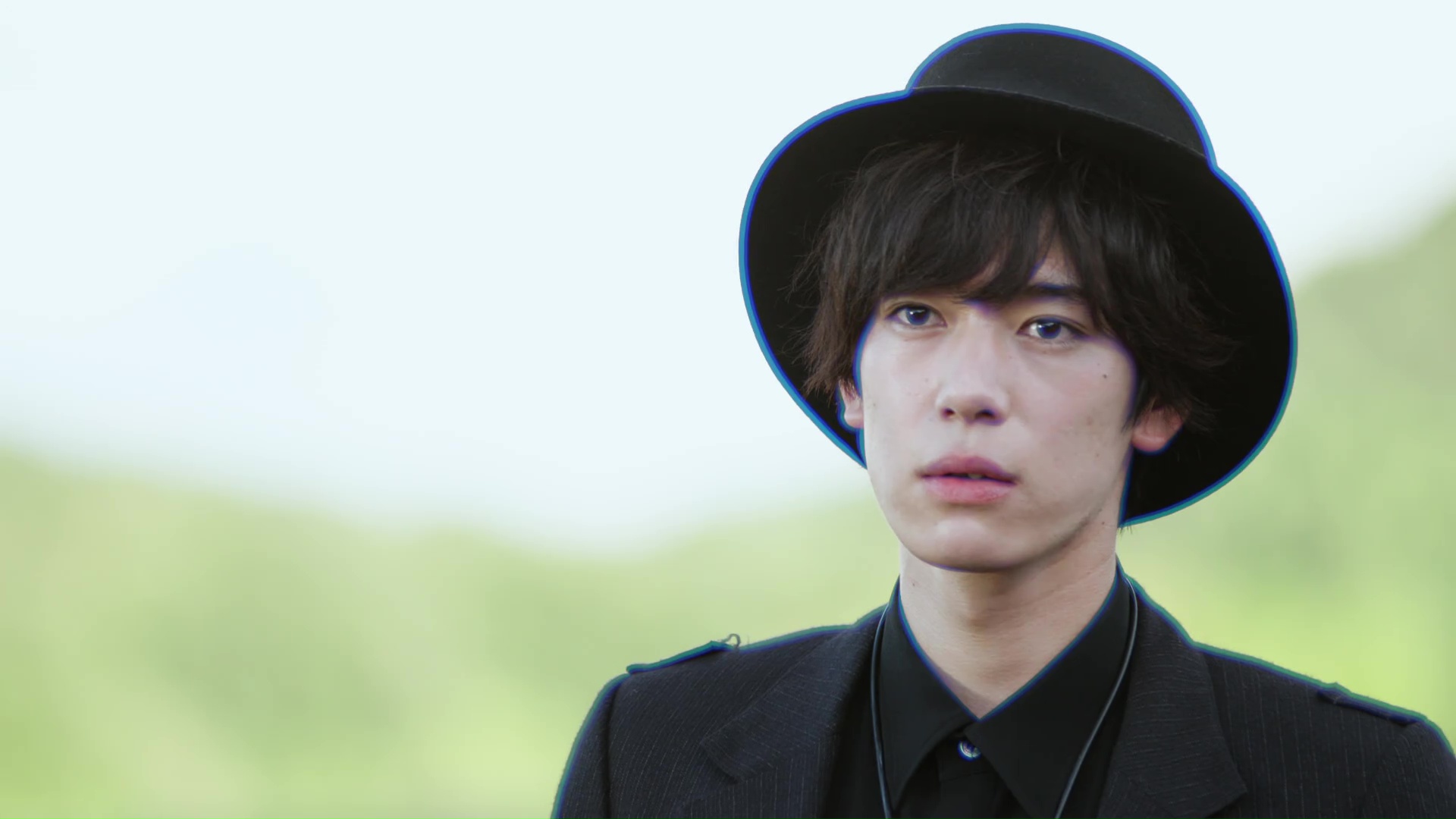 Kento tells Touma that once he gets his memory back, they have a lot they must talk about.

Tassel is happy to see the two friends strengthen their bond. But someone off-screen says things are only getting more intense.

Desast tells Rintaro and Mei that the Megid will devour and dominate the Wonder World.

Zooous arrives and yells that Desast has a big mouth. He transforms to his Megid form and attacks. 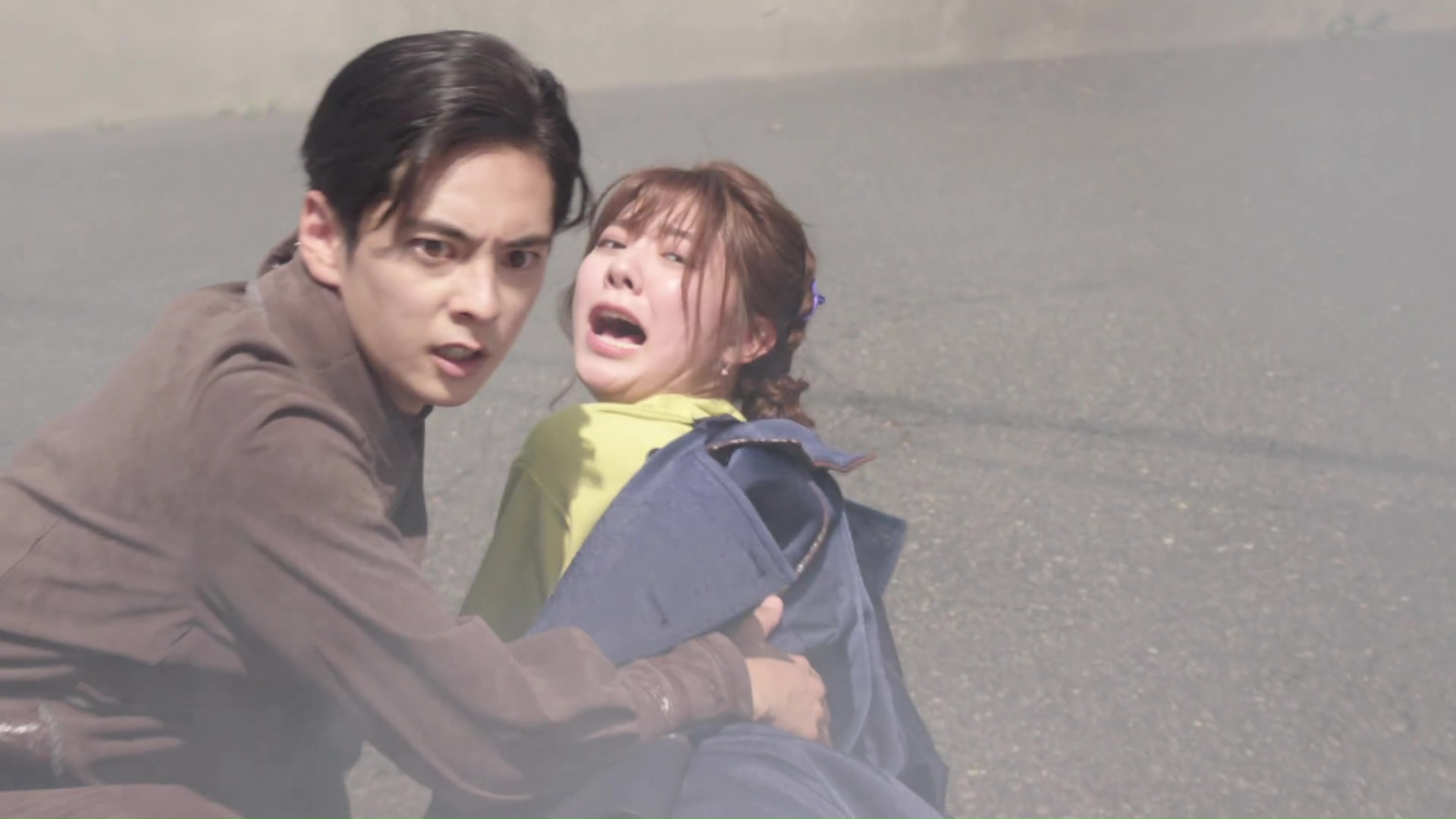 A solid episode. I don’t know if it was as well-executed as last week’s episode. But we certainly got some insight into Kento and Calibur’s backstory.

As someone who holds Shinkenger close to his heart, I thought it was awesome to see Mitsuru Karahashi as Calibur. I already know that’s great casting right there. So I hope Calibur and Kento have even more great story in the future.

Tassel points out the biggest thing to take away from this episode is the bond between Touma and Kento. But I don’t think they really did as good a job as they could with that. Sure they both said they’d be here for each other. But not having established much of a connection between the two, it falls kinda flat. We’ve seen much more between Touma, Rintaro and Mei and their “bond” than Touma and Kento.

Instead of reaffirming their friendship, maybe flesh out their friendship first to sort of peel away the layers. Then explore how it’s been years since they’ve last seen each other and perhaps play on Kento’s burden with his father a little more to give them that tension. After that’s been established, then the good episode where Touma and Kento have each other’s back.

I almost felt more interested in Rintaro and Mei’s adventures in the city, to be honest. Even though Calibur’s face reveal was great, the writing wasn’t the best for the Touma-Kento stuff.

And ANOTHER new Rider next week?! It really feels like a large cast. Even though it’s pretty much the same number of characters as any other season, the way the story is laid out, it makes it seem like there’s a lot more characters than there really are. Especially when they’re still trying to establish Touma and also Rintaro and Mei plus the trio of face-villains, adding all the extra Riders and allies just feels a little overwhelming.

This episode I guess illustrates in the best way so far how the season will need to balance all the characters a little better moving forward.