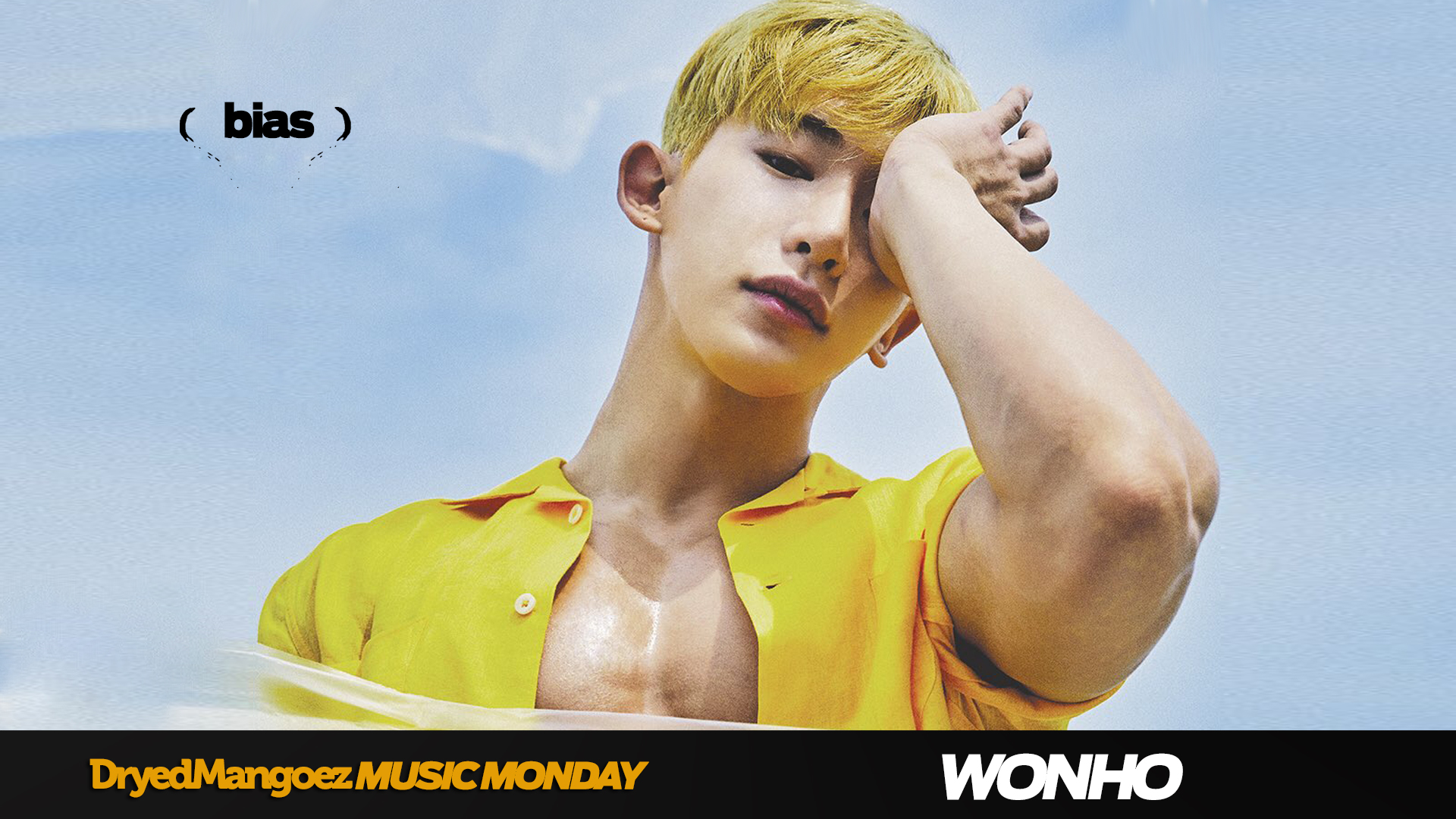 #NoMercy is the first kpop survival show I ever watched. Downside is definitely seeing the ones you're rooting for not make it.

I was invested in the contestants and was mostly happy with the final line-up at the time. But with every release after their official debut, they asserted themselves as one of the strongest and most talented groups. You’d be hard pressed to not find, at very least, one song you liked on each of their albums. If not more. They consistently release great music.

But back on No.Mercy, I was rooting for two guys. One was rapper Noh Yoonho (now a member of VAV as Ayno). The other was Wonho.

I still remember his very first performance on the show. Today, Wonho’s #fitnessgoals is definitely one of many things he is known and appreciated for. And his workout routine was definitely highlighted on No.Mercy from the beginning. Particularly, in preparation for what he hoped would be an impactful first impression.

During his performance of “Bad Girl,” he had hoped to show off his well-defined abs for what would’ve been a strong, charismatic performance. Unfortunately, things didn’t go as planned. Not only did his suit jacket cover those abs when he lifted his shirt (which mentor Hyorin amusingly pointed out), the mentors weren’t sold with his overall performance and he ends up one of the lowest scoring trainees and even lost a face-off, putting him in danger of elimination.

Now, all the speculation about No.Mercy aside (and it’s been six(!) years since), that bit of adversity endeared me to Wonho and made him one of my two favorites from the series. I thought he did a good job with that performance. But the little kick in the pants from the mentors definitely helped to motivate him into the performer that would be a shoo-in for the final group.

After that, Wonho would easily become my MONSTA X bias of course. So it was a pretty tough time last year as he went through what ended up being a completely unfair witch-hunt and questionable treatment from people who were supposed to be on his side.

But no need to dwell on the negative as the release of this debut solo album is a major positive.

Wonho’s “Love Synonym Pt. 1: Right For Me” is a strong, accessible, polished album that allows for his vocal and performance talents to shine through. It’s an assertive re-introduction for him to fans and possible future fans alike.

The album opens with “Open Mind” and has “title track” all over it. It is a perfect debut song that introduces who Wonho is while giving a taste of what he is capable of as a vocalist and a performer. The sexy and playful vibe of the song is an excellent way to showcase Wonho’s effortless charisma.

“I Just” is an interesting song, especially coming right after the impactful title track. The stripped down song features minimal lyrics and Wonho’s vocals in a sort of melodic monologue that creates a dreamlike, ethereal vibe. “Lost in Paradise” ups the tempo just a little bit in a summery track befitting its title.

The pre-release track “Losing You,” a love letter to his fans is an emotional showcase for Wonho’s voice. I mentioned in my review the other week that I felt it was a “roaring introduction” for his solo career. Having both a Korean and English version is a great touch.

After the interlude, “With You” picks up the pace and returns to the opening vibe of “Open Mind.”

Overall, it’s a strong, yet very accessible debut album for a talented artist that can spread his wings and make a name for himself now as a solo artist. It will be very exciting to watch where he takes his sound next.

*And you might notice that “bias” tag up there. I’m hoping to compile my “Bias List” soon!