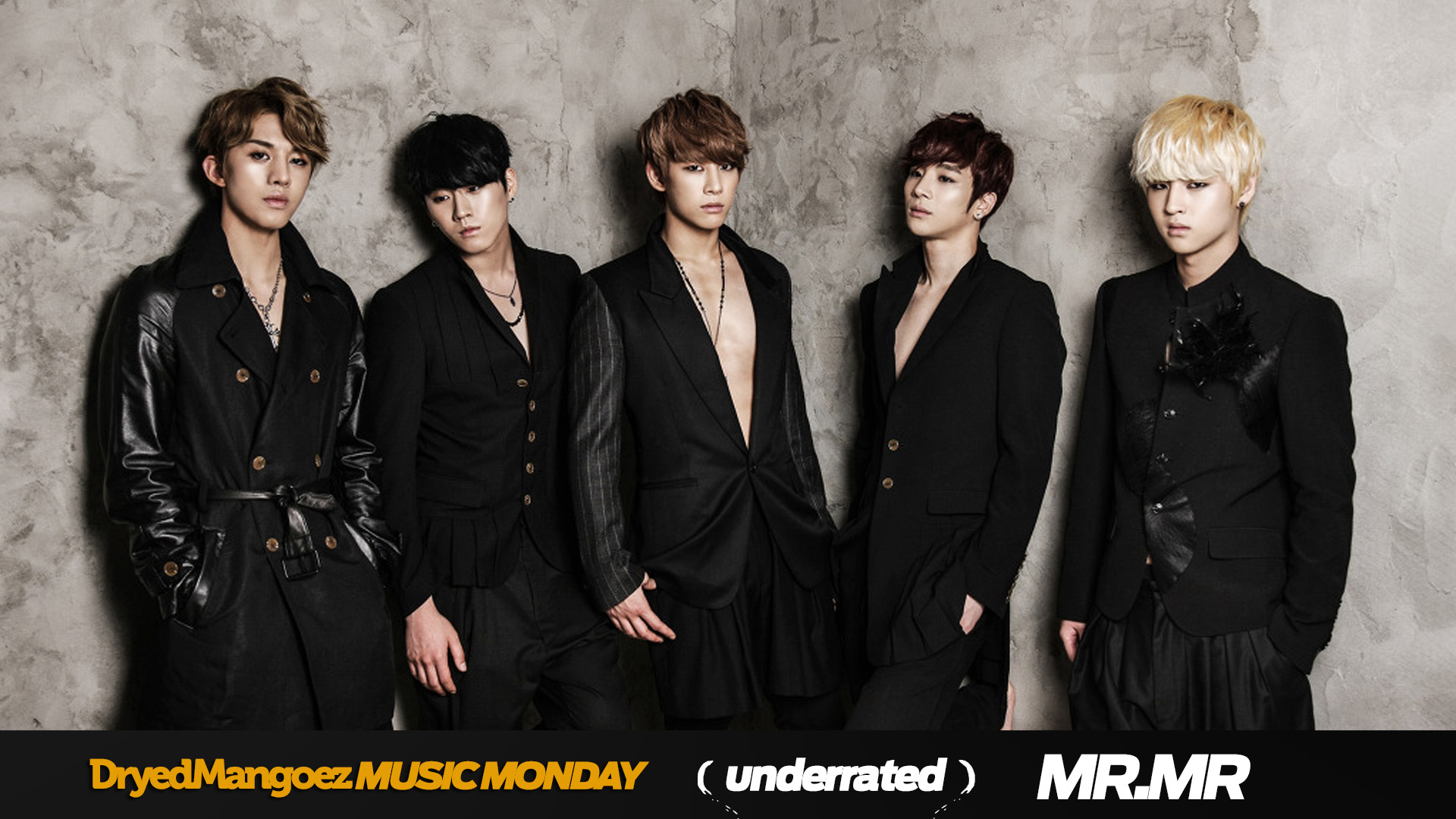 Introducing a new subfeature of DryedMangoez Music Monday, I decided to start with one of my all-time favorite K-pop groups who also happen to truly be one of the most Underrated: MR.MR.

MR.MR debuted as a five-member group in October 2012 with the song “Who’s That Girl”. The group included members Jin, Doyeon, Changjae, Tey and Ryu.

It was a solid debut and drew attention partly for not having a rap section which pretty much all K-pop songs had at the time. (And is now basically required for most groups.) A group focused solely on vocals definitely set them apart. And those vocals would get the spotlight in their 2nd single, “Highway.”

I liked their debut enough, but I still remember how surprised I was by “Highway” upon its January 2013 release.

The more I listened to the song, the more I fell in love with it.

To this day, it remains one of my all-time favorite songs. And it is definitely one of my most played as well. Looking back at 2013, “Highway” deserved to be a Song of the Year candidate. Seven years later, the song could easily stand tall amongst current songs.

2013 would turn out to be MR.MR’s best year as they followed up with their first mini album and next single “Waiting for You” in July.

Another powerful song with a cheeky music video to go along with it.

Towards the end of the year, the group were preparing for another single release. But their label Winning Insight decided it was time to add a new member to the group. Rapper Jiwon was introduced as the new member, but unfortunately injured his back and ended up not joining the group.

When the group finally announced the next comeback, it included the introduction of another new member, Hon. But it would seem this was a last-second decision.

While “Do You Feel Me” was an excellent song (and also one of my favorites) with some Ne-Yo and “Forever” from Chris Brown flavor, it’s not hard to notice jarring scenes in the music video where some would have all six current members while others would have only the five original members.

At the time, it wasn’t necessarily a big deal. But a few months later, new member Hon would be embroiled in a controversy after being accused of taking advantage of a transgender woman. It turned out the woman and Hon were friends and her accusations toward Hon were false, stemming from a drunken post after feeling cast aside once he debuted.

Anyway, the scandal led to Hon leaving the group after only a few months as a member.

A mere few weeks later, however, MR.MR would get caught up in another controversy after SM Entertainment began teasing Girls’ Generation’s impending comeback. That album was suspiciously titled “Mr.Mr.”

Similarly stylized (the Girls’ Generation song merely containing an extra period), the concern from fans was the negative effect such a thing would have on the MR.MR. Instead of a being a boon for the group by drawing attention to them, the song and album from one of the biggest artists in K-pop would end up drowning them out instead. Whether that would be in the all-important Korean search rankings or even simply searching for a MR.MR music video on YouTube. (Even today, you need to get specific in order to find MR.MR’s music and videos on YouTube.)

The fact that SM Entertainment would title the song and album in such a way with complete disregard for a fellow artist in the industry is still, to this day, one of the ugliest things I’ve ever seen. It’s pretty impossible that not a single person at the company would point out that a fellow Korean artist with the exact same name already existed. Even titling the song “Mister Mister” instead would’ve been less problematic. (Or why not come up with something more creative.)

Some fans’ defense, at the time, of “No one knows who MR.MR is anyway” was peak entitlement and big company privilege.

That sentiment would be perfectly expressed in the group and company’s response which came as a swiftly released self-titled “diss track” directed toward SM Entertainment.

It’s clever that, in the context of the disrespect, the song plays as a sort of David and Goliath struggle. The Goliath, obviously, is SM Entertainment. While MR.MR was just a lowly David from a very small company.

On its own, away from the controversy, the song is a catchy diss track directed at a former lover who treated you badly.

Winning Insight has done a lot of horrible things, but being loud with their displeasure of SM Entertainment’s actions was the right thing to do. If only to shine a light on the very real sense of arrogance and entitlement by larger companies toward smaller labels and artists from those labels. 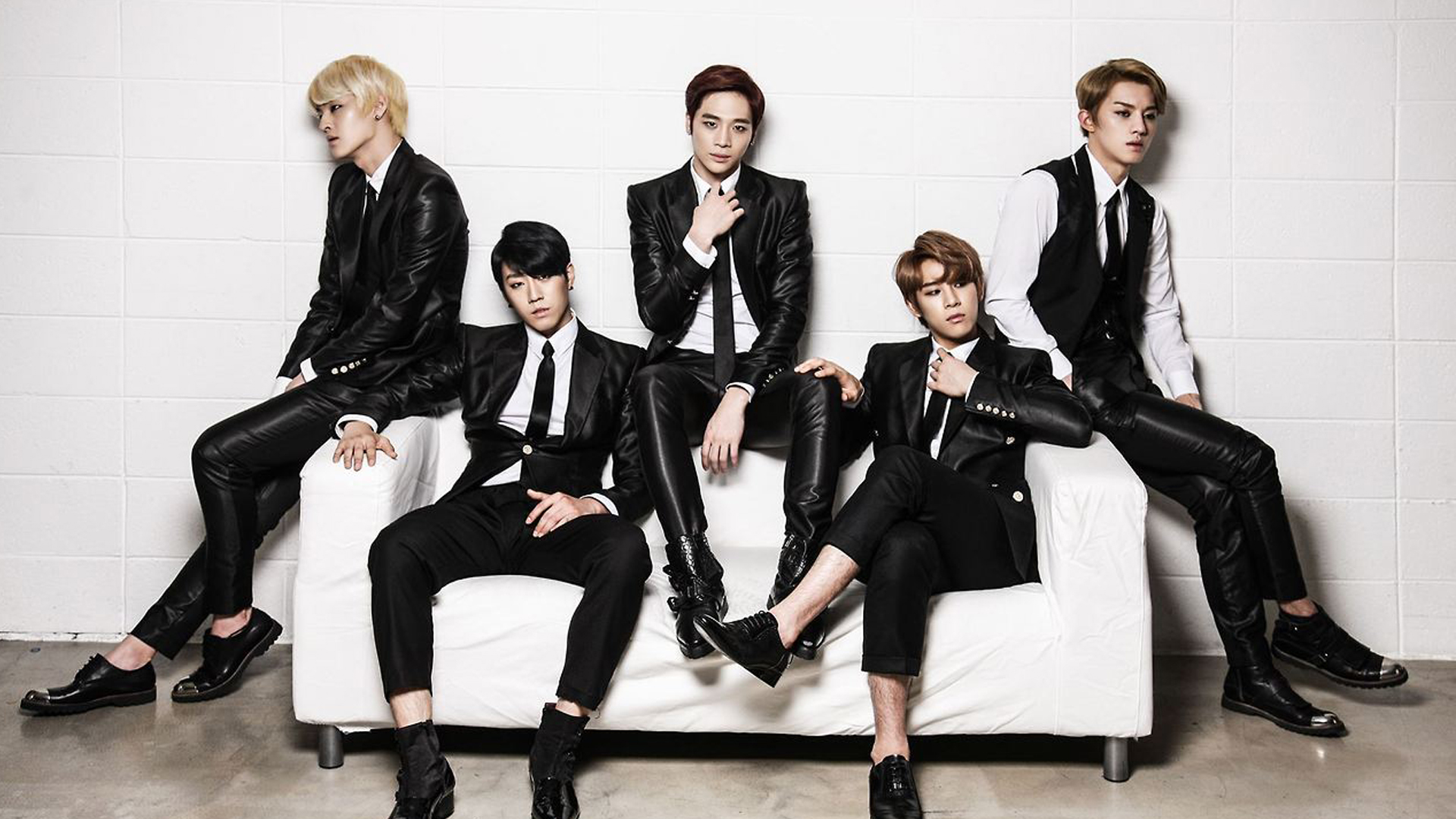 Later in the year, the group would release the single “Big Man”. But that would end up being the last release including member Ryu who would leave the group due to physical and verbal abuse from the company’s CEO.

Ryu would go on to join the group MVP while two new members, Sanghyun and Jaemin would join MR.MR. The group released the mini-album “Out” in 2015 and began promotions in Japan, releasing several EPs in 2015 and 2016.

During those Japanese promotions, member Jin would also depart from the group. And in 2017, members would audition for KBS’ The Unit, but (inexplicably) not make the cut.

Their latest release is the Japanese single “Kizuna” in 2018:

Along with a Korean version of the song, “Destiny”:

After that release, members Changjae and Doyeon would enlist for their mandatory military service.

Member Tey/Han Jihyun recently drew attention from his excellent appearance on the popular show I Can See Your Voice.

He has also started his own YouTube channel where he posts covers.

MR.MR has gone through A LOT over the years. Definitely more than most groups. Despite releasing some excellent music, they were saddled with a horrible company that at the very least had no idea how to manage its artists (also see DIA, Kiss&Cry, Piggy Dolls) and at worst, were abusive.

In the last few years, fans have regularly complained about companies not giving their favorite idols the treatment they deserve. But I can only assume they are newer or younger fans who know nothing about the hellscape of companies from the early 2010s. MR.MR’s label Winning Insight was certainly one of them.

But enough of the negative. MR.MR’s talent and great music deserve to be heard and enjoyed. An incredibly talented and charismatic group who released excellent music, but didn’t get the care and attention they deserved. It’s definitely not too late to appreciate them!

Here is a playlist of all their music videos: