Only Juuru and Garuza can see the mysterious bright light that’s just arrived from space. Garuza realizes Juuru has the same powers as his brother. But the light disappears and the Kiramagers manage to get back to the safety of the coconut tree.

Renetsu Dagames has collapsed after using too much energy, so it must rest for a while. Garuza is frustrated.

While Juuru rests at in the CARAT medical ward, the others discuss what’s happened. The Kiramai Stones are getting polished to fix their cracks which make them vulnerable, but they’re alright.

The four Kiramagers believe they didn’t work Juuru hard enough. But Fire scolds them and says Juuru is like this because he is completely exhausted from their excessive training.

They say Juuru did all the training without any complaints. But Mabushina explains that Juuru knew they were only doing it for his sake, so he couldn’t bring himself to possibly disappoint them.

Mabushina says her father was the same. He would overwork himself for the sake of their people. Garuza would ask why his brother would sacrifice so much just for the people. But Oradin turns the question back to Garuza and asks if they need a reason to help others.

It was during a period of Oradin’s exhaustion that Garuza took advantage and staged the revolt on Crystalia. If Juuru doesn’t have enough time to recover, he may be in serious danger of death like her father.

Muryou says everyone needs to go at their own pace and time. For Juuru, he needs his time to imagine and draw. That’s how he gains Kiramental. But with less time for himself, that’s what’s gotten him to laying in a hospital bed now.

The others realize their horrible mistake.

While Juuru is in a deep sleep, he finds himself in Crystalia and the throne room where King Oradin is drawing. He notices Juuru’s very bright kirakira. Juuru isn’t sure if he can be shining right now that he’s so exhausted. But King Oradin says it is when people are exhausted that their spirit is sharpened. Which is maybe why he’s here right now. “It’s alright!”

King Oradin says he feels he can entrust his unfulfilled dreams to Juuru and he guides his hand as they draw something. 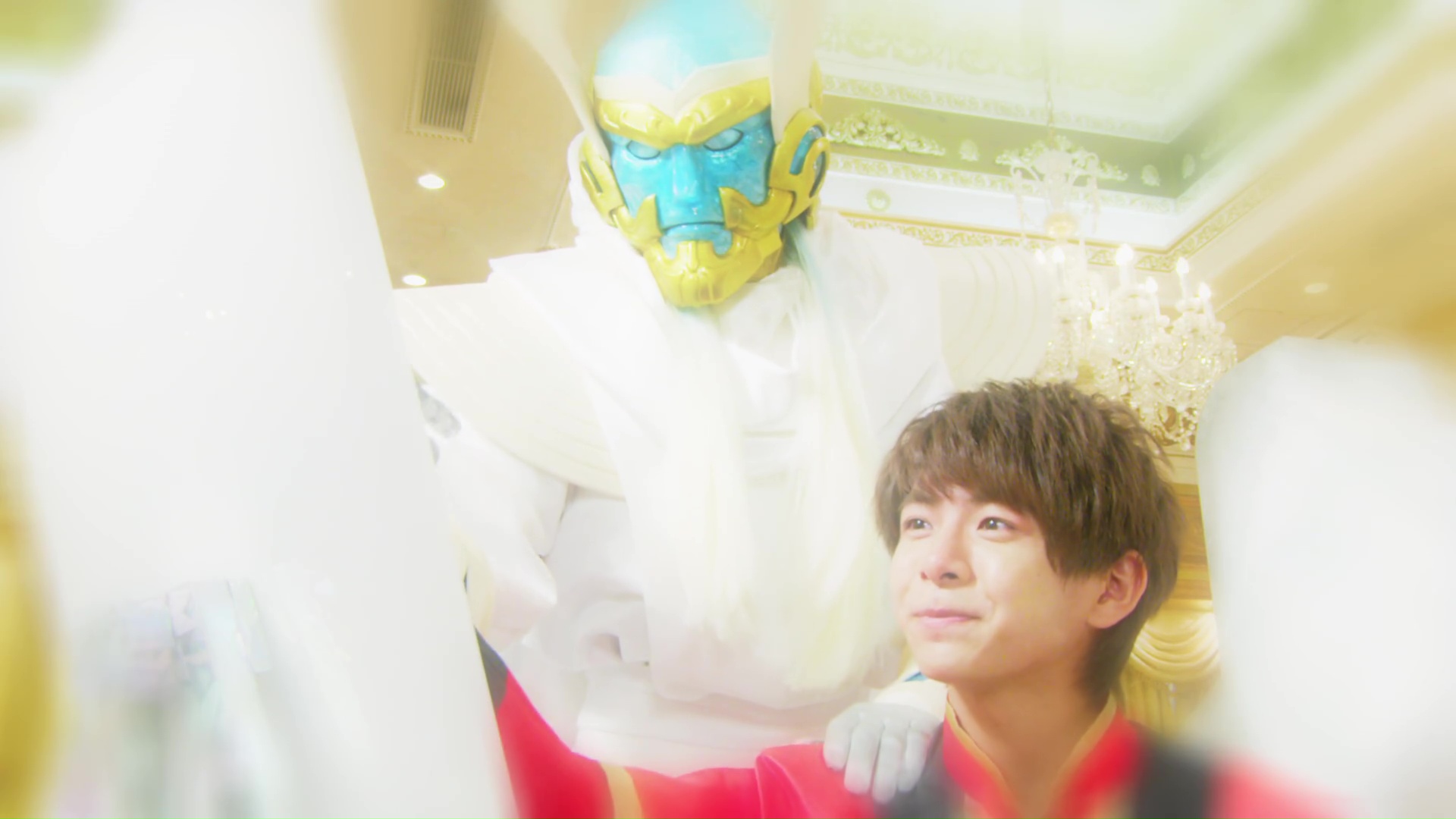 When Juuru wakes up, he finds he actually has drawn something on his pad. He quickly runs out of the coconut hospital to find this location he’s just drawn.

The others learn that Juuru has gone missing, but Oven Jamen is rampaging downtown. Mabushina tells them to deal with that while she looks for Juuru with the white crystal fragment.

Juuru arrives at a train yard and he is met by two guards who stop him. Turns out this is a CARAT facility, but Juuru is still dressed in his pajamas and he doesn’t have his Kiramai Changer. Just then, Garuza arrives, having followed Juuru here. He blows a hole in the facility which actually holds the rest of the white crystal.

Garuza says he will destroy the crystal and Juuru. Juuru tells the two guards to hurry to safety. 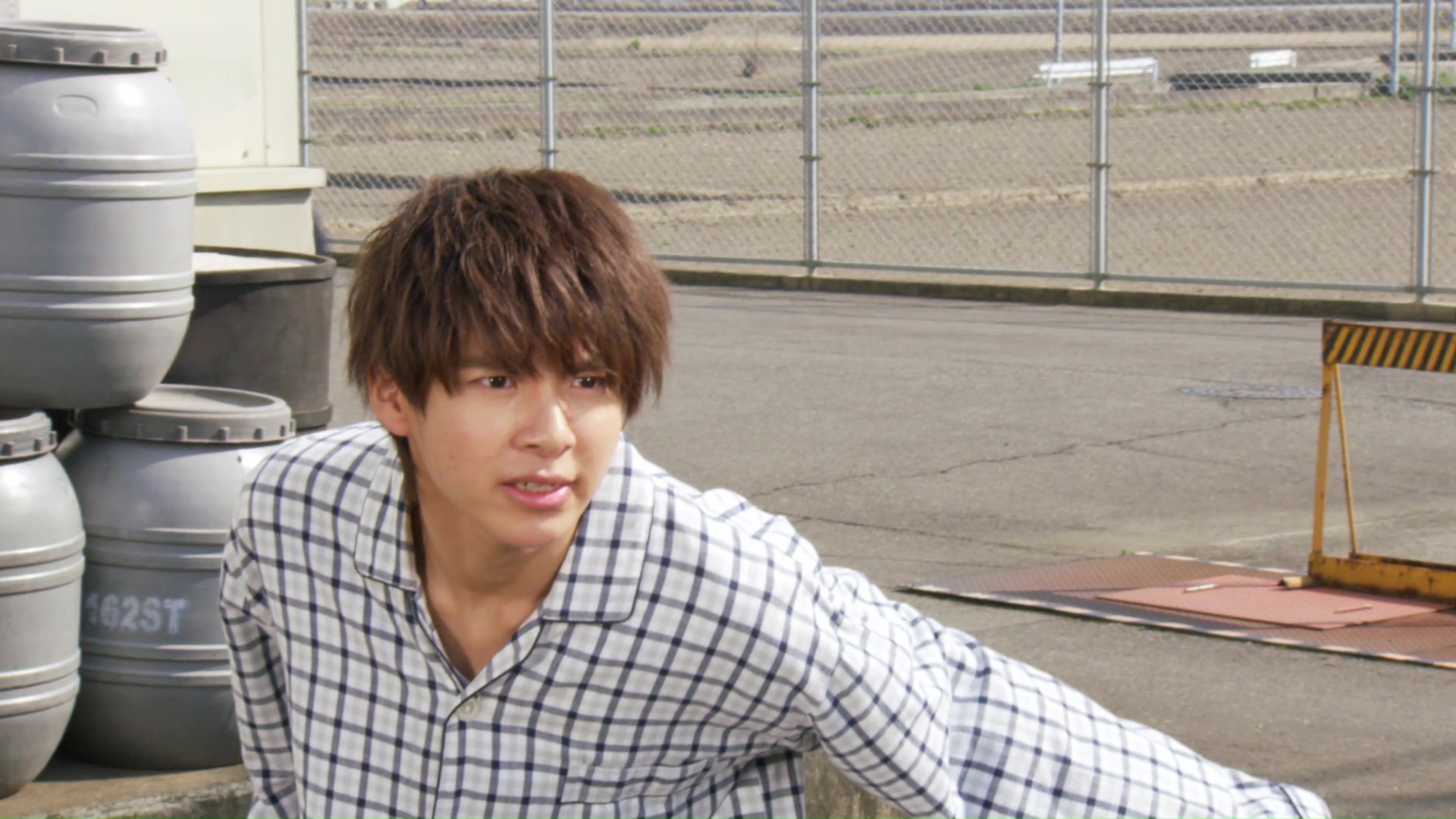 Garuza is puzzled by Juuru’s immediate reaction. Why would he worry about others when he is about to die. Juuru answers with a question of his own: “Do I need a reason to help others?”

Garuza is shocked to hear his brother’s words come out of Juuru’s mouth. And that only enrages him even more as he remembers his brother, the source and cause of his evil wrath.

Garuza charges at Juuru to kill him like he killed Oradin. But Mabushina arrives with Juuru’s Kiramai Changer and he henshins. She says the white crystal guided her here, perhaps with her father’s help as well.

Juuru thanks her and Garuza says he will murder everyone.

Garuza turns to the large crystal in the facility to destroy it. But Mabushina runs to Juuru with the fragment and they are transported inside the large crystal, which also protects it from Garuza’s attack. 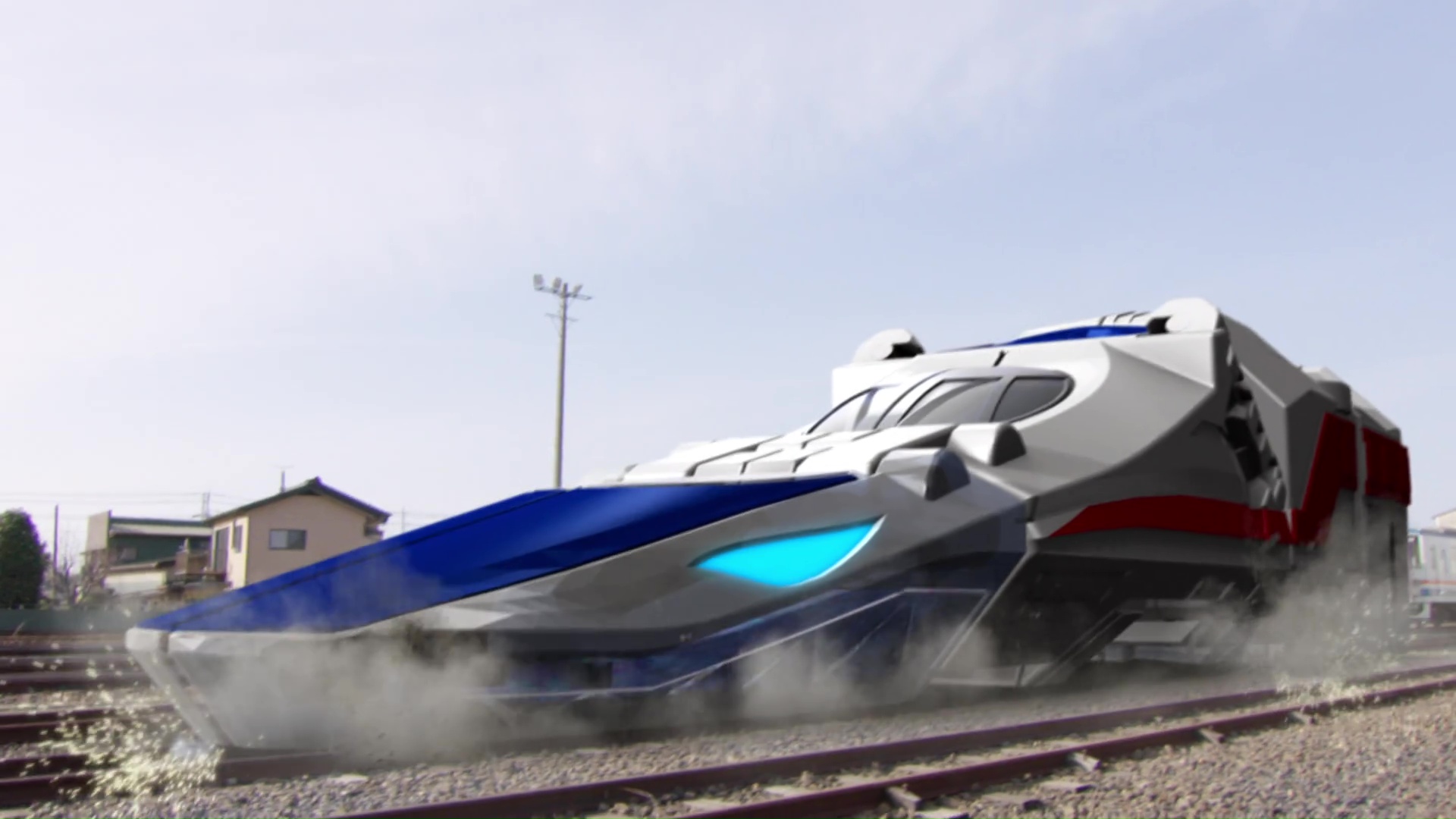 Mabushina fills Juuru in on what’s happening downtown and he has a Hirameking. He draws a superfast ressha and asks the white crystal to turn into it.

Juuru and Mabushina hop into the brand new Mashin Express and they hurry downtown. Garuza quickly follows them in his own train, but Mashin Express is fast.

The Jamenju awakens and Oven Jamen has forced the others to dehenshin. But Juuru arrives just in time. He and Mabushina hop out of the train to greet everyone.

The others apologize for what they did to him. However, they are taken aback when Juuru turns his back to them, saying they really were horrible. Especially when they look down on his artistic skills.

But anyway, it’s also thanks to them that he was able to see the light and even meet the King which resulted in being able to imagine and manifest Mashin Express. So everything turned out “alright” in the end.

Mabushina is taken aback by hearing her father’s words.

The Kiramagers clear up their misunderstandings and reaffirm their support for each other.

They henshin and finish off Oven Jamen with a Kiramai Buster.

Garuza targets the Mashin Express, but Juuru has a Hirameking. He remembers Oradin’s words to him and he asks Fire to pilot himself.

Juuru hops into Mashin Express and with a Shuppatsu Shinkou, he is able to link up with Smog Jouki. Garuza loses control of his own train.

Mabushina believes the white crystal was a safety measure left by her father just in case the Jouki fell under evil hands. That’s why Garuza wanted to destroy it.

Carantula is shocked to see such evil flowing out of Garuza and says that is true Jamental. It is shocking that a Crystalian is able to emit such huge amounts of it.

Back at the coconut tree, Juuru says he’s learned that it’s great when friends motivate each other. But today, he will put them all through his own rigorous, strict training. That is, in drawing.

Yes! I am here for this bright, colorful ressha action! Shuppatsu Shinkou indeed!

This was a great episode and a nice conclusion to last week’s ep.

I like how the issue with the others overworking Juuru was resolved. Juuru turning his back to the others after they apologize was cute, but also a great character moment for him. He shows he’s not a pushover, even if he is always a positive person.

He appreciates that they acknowledged and realized what they did wrong. But he isn’t letting them off easy even if everything worked out in the end.

I’m not sure about his exhaustion being the only way he gets messages from Oradin though. Lol But in the end, they got the point across regarding both listening to each other as well as Juuru’s connection to Oradin and/or Crystalia.

There’s obviously a big connection there and it will be interesting to see how it plays out. I also hope they give Garuza a deeper story too. There may be some great material there. And it would be awesome if Kiramager borrows another aspect from ToQger. That is, great stories and character development for the antagonists too.

I like that Mabushina continues to get lots of stuff to do each week. She deserves it and it makes her truly an equal to the Kiramagers. Would love to see her get her own Kiramai Changer later on as well. 7th Kiramager perhaps? Hehe

Overall, this was a good episode to flesh out more about Juuru’s character and presenting possibilities for where they might take him in the future. There was great action all around. It was a great conclusion to last week’s plot. And it provided more possibilities for the future. Successful!