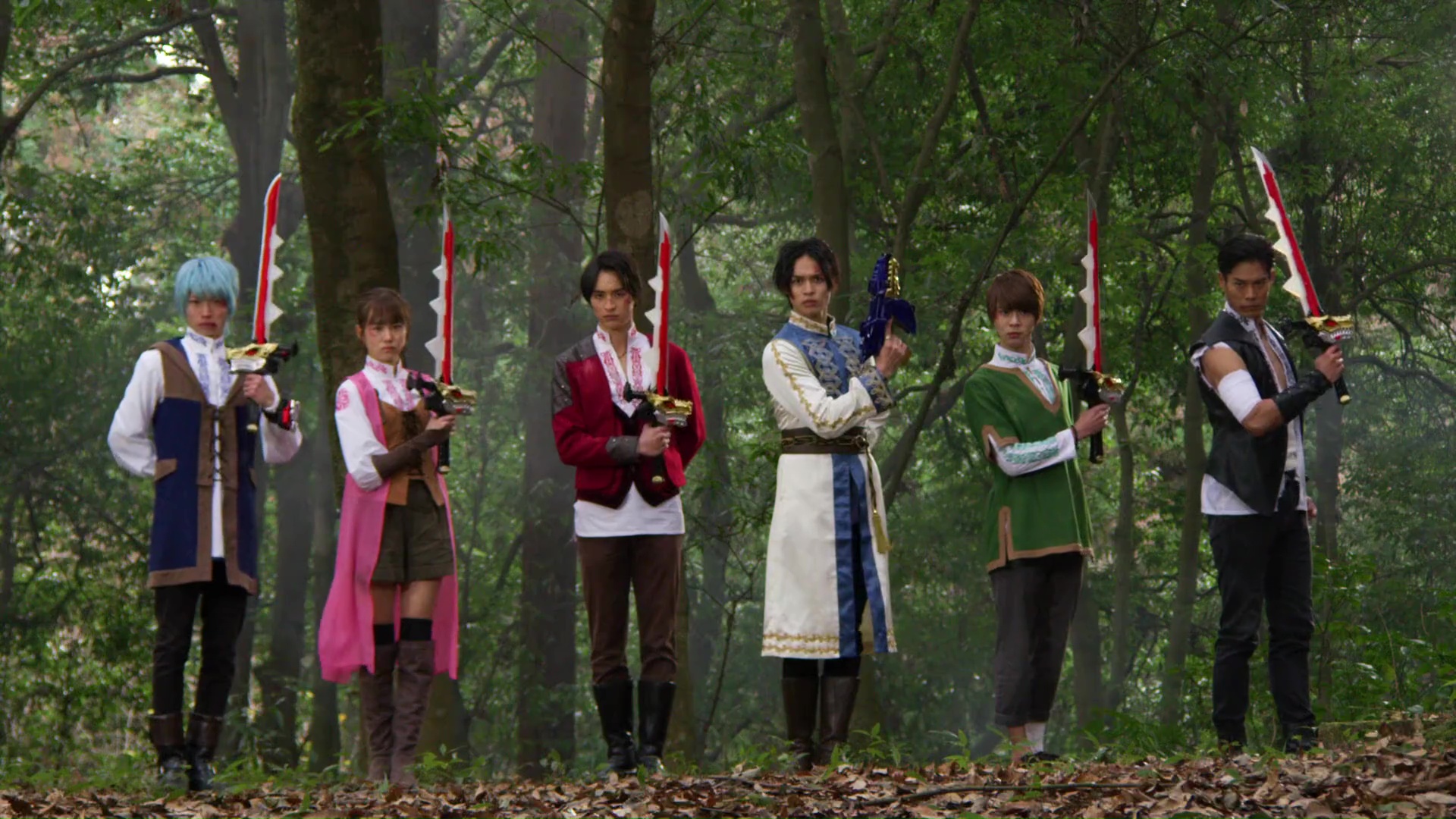 Pricious questions why Eras would birth a disloyal Druidon. Eras injects life into Yabasword so it can attack Pricious, but Pricious slices at it and kills it.

Pricious demands answers and Eras gives it him. He is shocked by what he sees, but he is undeterred. He tells Gunjoji their plan is still on.

Back home, the Ryusoulgers are treating their wounds and injuries. They continue to try and find a way to defeat Eras, but Master Black insists there is no way especially when it appears Eras’ power has increased. 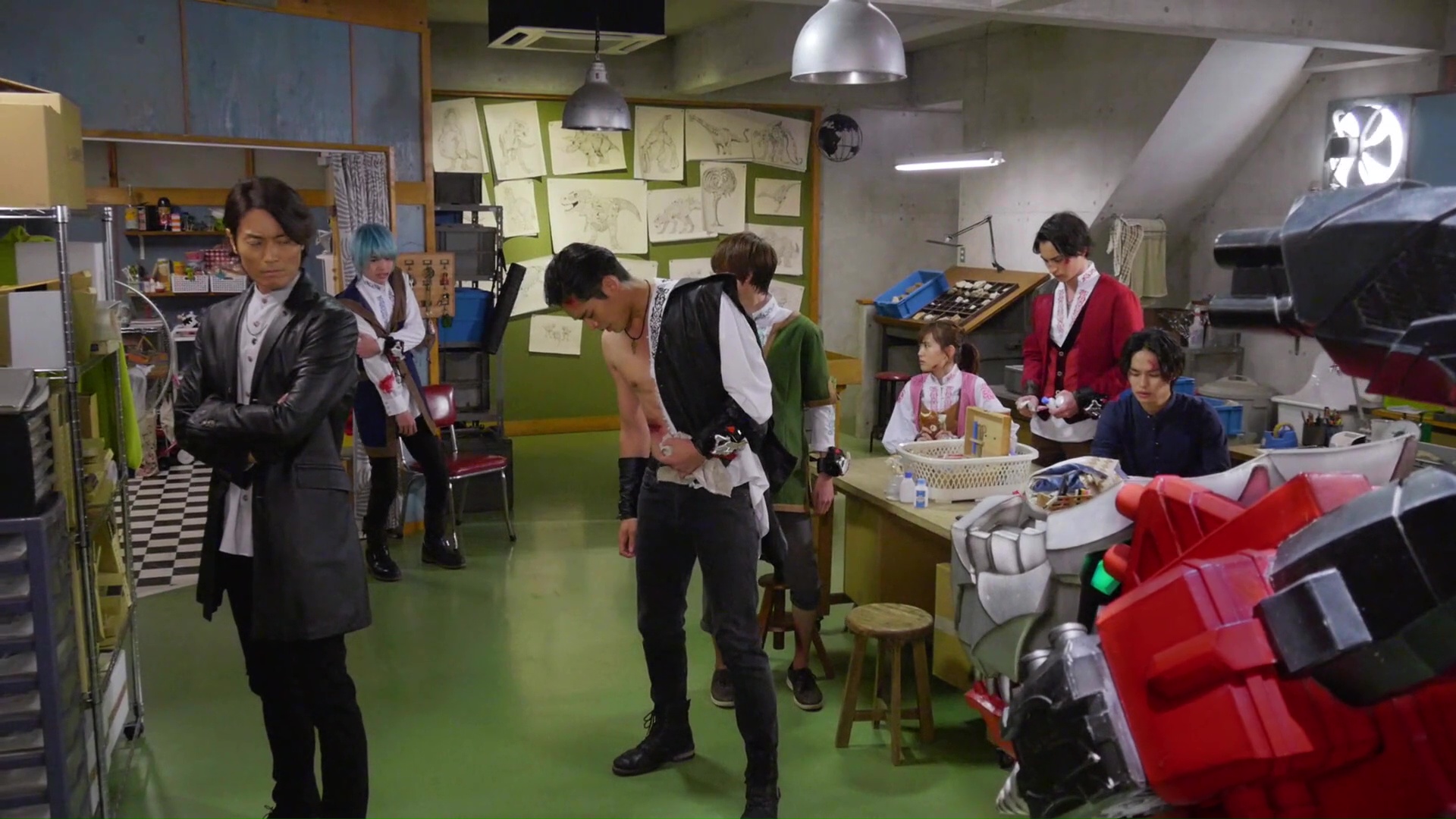 Tyramigo suggests they can just put Eras to sleep if the Kishiryu can combine their powers with Ryusoul Calibur like in the past. Melto says it might not work since Ryusoul Calibur has weakened so much. Koh says he does not want them to do that because he knows it will mean the Kishiryu will also be sealed away.

Tyramigo asks to speak with Koh privately. They head outside and Tyramigo says he is too embarrassed to say this in front of the others. 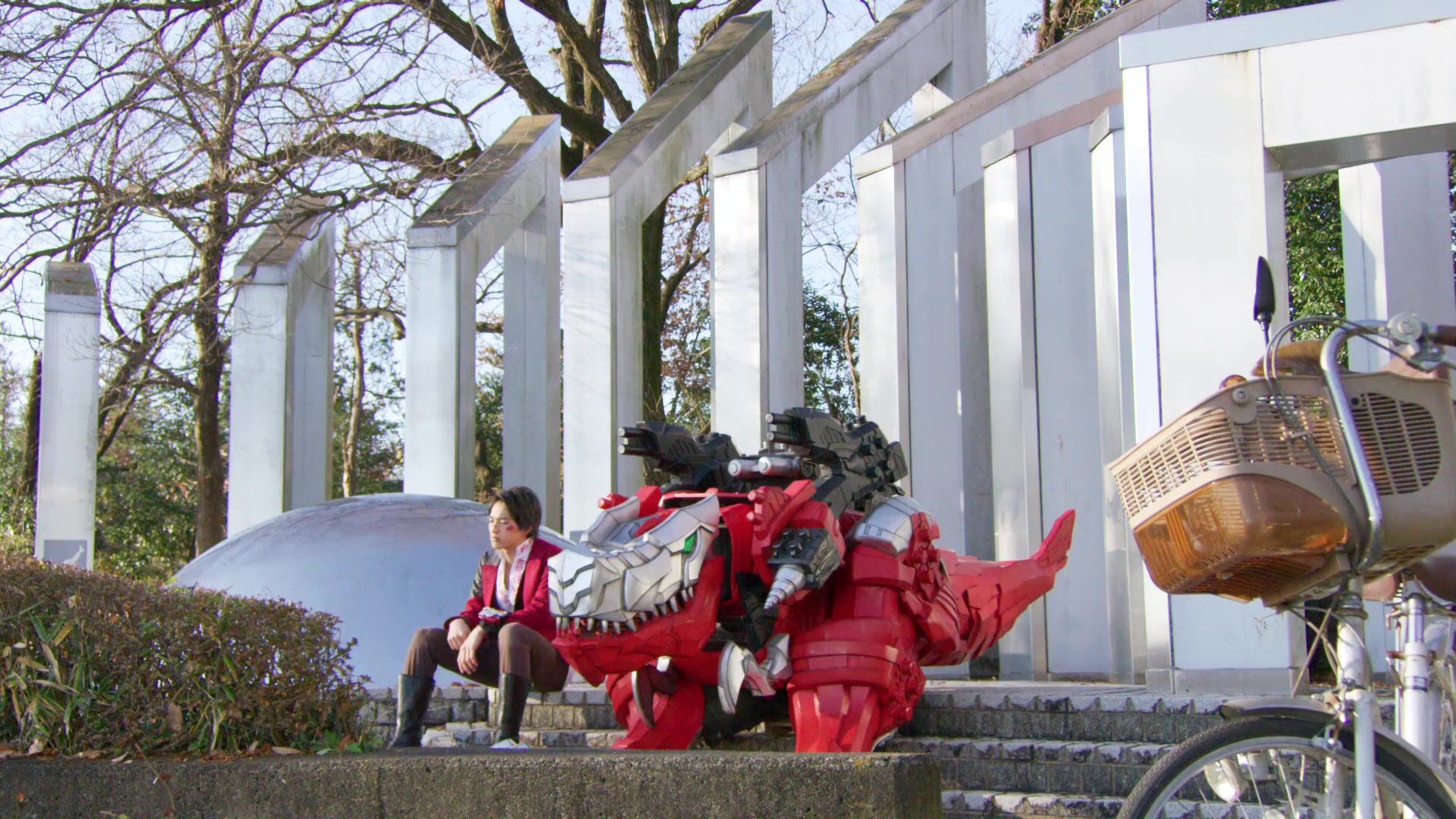 Tyramigo says he loves Koh and does not mind getting sealed away for him.

Back home, Pii-tan also says he is willing to also contribute his power along with all the other Kishiryu. Even if he does not want to be sealed away again, he and Tyramigo agree that they do not want to see the Ryusoulgers hurt any longer.

Tyramigo admires Koh’s kindness and passion toward his friends. But it is the Kishiryu’s mission to seal away Eras, so Koh and the others should concentrate on their mission as well.

Tyramigo notices Koh feeling bad, but says it’s alright since no matter what, their souls will always be one.

Later, before the Ryusoulgers leave to face Eras and Pricious, Master Black says there must be a trap for them so he offers to go ahead and scout the place. But Bamba says he must stay here instead while recovering from his returned heart. Towa says Bamba should just admit that he doesn’t want to lose any more friends and comrades.

The Ryusoulgers head out and they indeed run into a barrier and defense mechanism at the cave entrance. Nothing they use seems to work against it.

Gunjoji comes outside to meet them and they battle. Koh decides to go in alone without his Ryusoul, allowing him to pass through the barrier. Asuna follows him in.

Meanwhile, Seto appears and Master Black tells him about the others’ plan which mirrors what Seto did long ago. Seto thinks they are fools and he hurries out.

Koh and Asuna believe they have found the barrier control, but Pricious meets them and attacks.

Seto arrives in the cave and says when he first found Eras sealed here, he established a back-up plan just in case. He touches the ground and summons a brand new suit.

Seto henshins to Ryusoul Chairo Brown and charges at Pricious. But he trips on a rock and rolls into a wall. 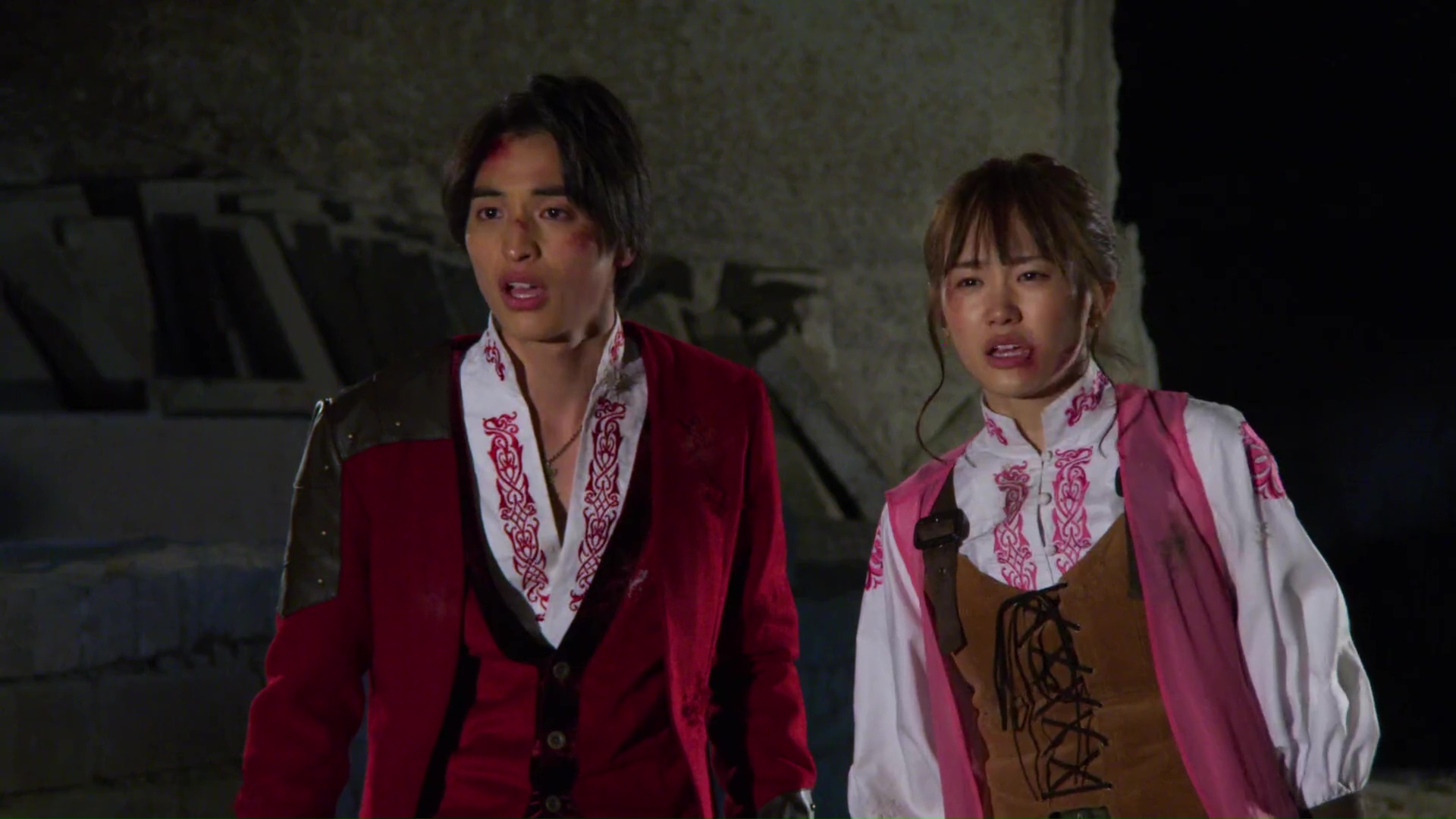 Koh and Asuna watch in disbelief as Seto stumbles around Pricious. He hops onto Pricious and that gives Koh and Asuna an opening to destroy the barrier control.

Koh and Asuna henshin and the team is united. They and Pricious have the ultimate battle as the Ryusoulgers use all the power ups they can.

The Ryusoulgers are able to bombard Pricious so fast that he can’t regenerate his body fast enough to counter. Koh and Canalo are able to deliver a finisher at a weakened Pricious. 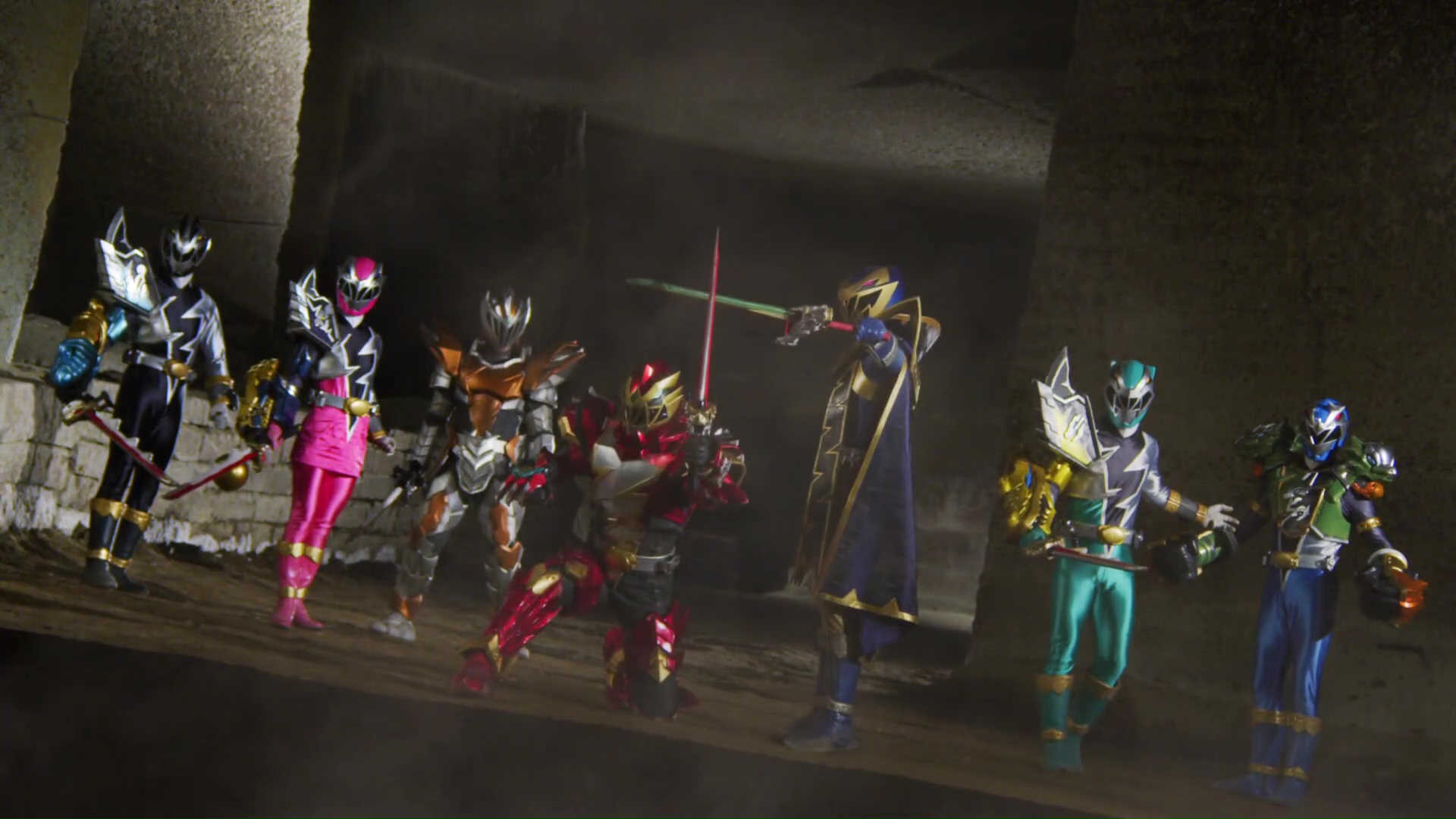 Pricious gets thrown back. But Seto falls to his knees saying he has just surpassed his limit. It’s time for him to bid farewell.

Seto disappears and Papa Naohisa regains control of his body.

Pricious stumbles toward Eras and begs for a new comrade, vowing to fulfill her wishes to destroy the Ryusoul Tribe. 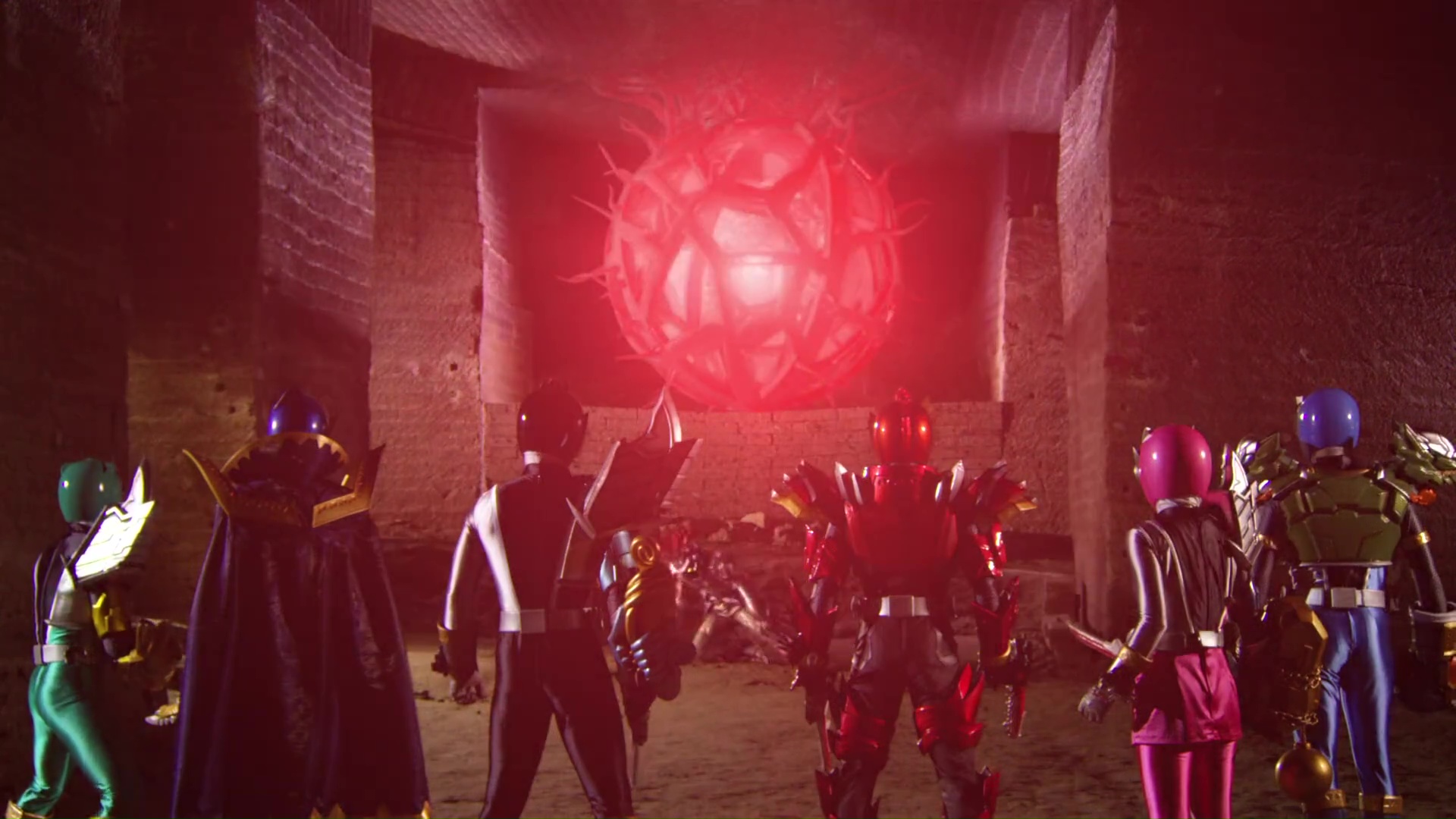 The Ryusoulgers arrive. Melto tells Koh to proceed with sealing away Eras. But Pricious says they don’t get it. It is the Ryusoulgers who should be destroyed.

Pricious explains what he saw in the vision Eras showed him earlier. The first ones Eras birthed were… the Ryusoul Tribe!

Waizuru approaches Pricious and holds his hand out for him, saying it’s time to stop this killing.

Eras momentarily possesses Kureon and announces that she will remake the world.

While Kureon is unharmed, Eras proceeds to suck up Pricious’ body to give herself her own physical form.

Eras repeats that she will remake the world and sends a blinding white light at the Ryusoulgers. 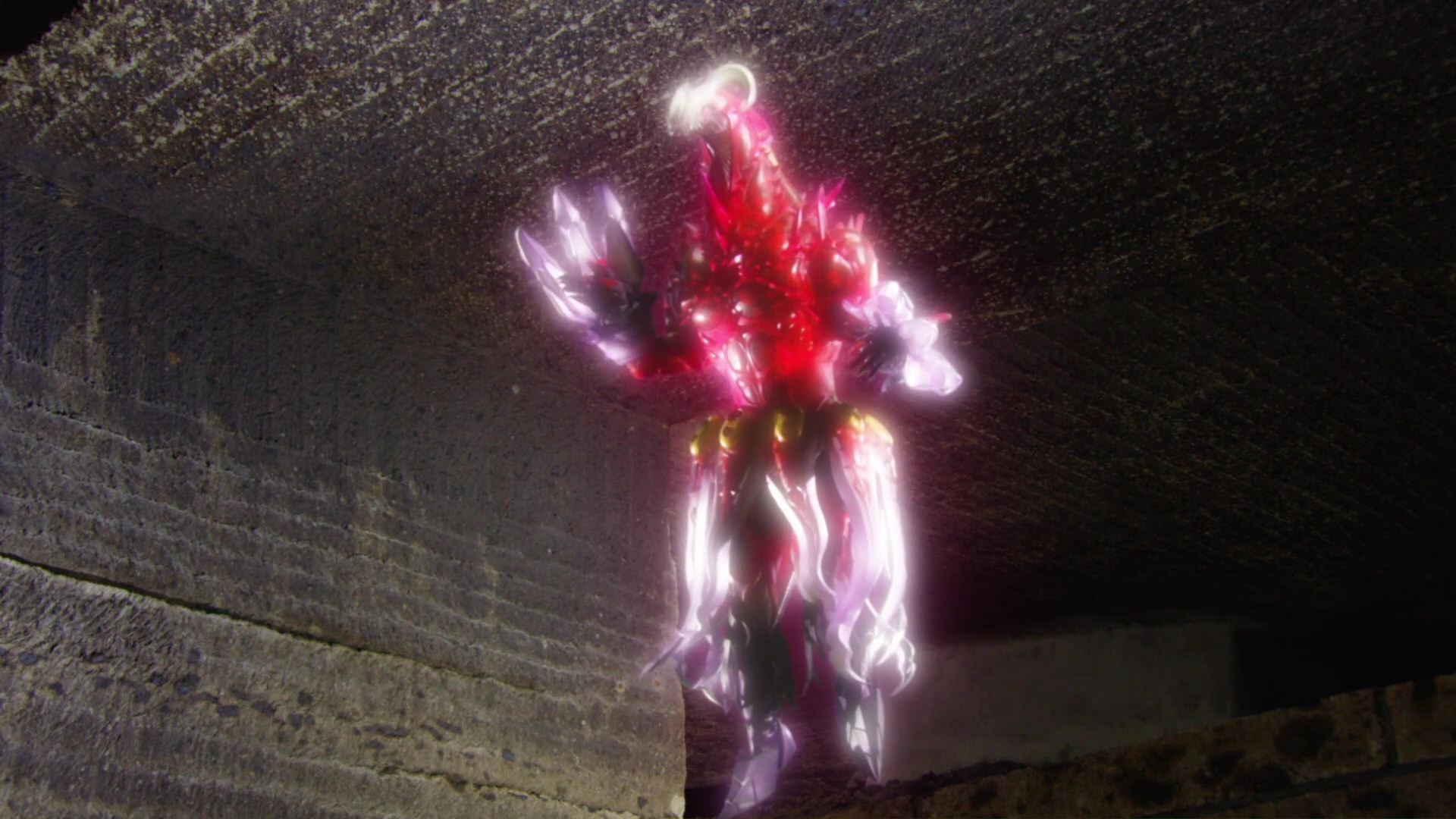 Well that was an interesting episode. The last sequence essentially turned Ryusoulger into a biblical creation story. Eras created the Ryusoul Tribe, then they became assholes so Eras wanted to wipe them out using Druidons but they too became assholes and now Eras just wants to blow everything up and start over. Certainly a theme seen in a few bible chapters. And it would’ve been quite an intriguing plot for a season.

But again, I didn’t see it. What happened to what emerged as a main theme of the season regarding suicide and mental health? The victims of the week all wanting to end their lives for various reasons. And how those negative/minus feelings birthed Minosaurs to wreak havoc and drive other people into despair.

Why couldn’t the endgame be some sort of malevolent force feeding off of those horrible negative feelings? Sort of like Ginis’ Most Dangerous Game from Zyuohger, I suppose. Someone who just enjoyed seeing people kill each other (or themselves) for sport.

Instead, they introduce this Noah’s Ark/Sodom and Gomorrah plot which very much mirrors Zero-One‘s current plot about Humagears rising up to destroy evil, corrupted humanity.

This episode started off okay with the Koh-Tyramigo moment and Pii-tan also expressing his feelings. It makes sense for the bonds and idea that their souls are one.

But then it all went strange with the Seto as Ryusoul Chairo Brown stuff that really felt meaningless. It wasn’t even fun in a Conductor as ToQ 7gou-type of way. Especially since we haven’t really grown to care about Seto. Now if Papa Naohisa became Ryusoul Brown, that might have been fun. Or especially Ui.

But essentially, Ryusoul Brown just filled about 1/3 of the episode with “old man” gags and offered nothing more. The show could’ve just as easily brought about the same result in that battle without Seto as a Ryusoulger.

The fact that these last few episodes have felt like they’re pulling things out of nowhere, this last-minute “I’ve planned this all along” from Seto just feels so contrived and hollow.

And then it is implied that Seto knew why Eras was acting the way she was when he basically told Master Black that the Ryusoulgers were idiots for wanting to seal their creator again.

The only major development this episode of course is that Eras is their creator and she wants to start over with a clean slate.

Again, where did that come from? What does that have to do with robot dinosaurs and Minosaurs and both people and inanimate objects feeling depressed?

This anti-war/peace angle doesn’t hold up either since it was only ever discussed whenever explaining why Canalo, Oto and the rest of their faction left for the sea after the civil war.

Phew, I really don’t know what to make of all this. Two episodes left. That’s two episodes for them to somehow bring everything back together in a nice, neat way. But I’m losing hope that it’s even possible at this point.

Recap: Mashin Sentai Kiramager, Episode 22 – Are You Prepared? The Witch is There