Recap: Power Rangers Beast Morphers, Episode 11 – “I thought you were supposed to be on my side.”

Devon helps Ravi and Zoey train while they are blindfolded so they can hone their beast instincts. When they take a break, the Burke Sibs arrive with a delivery for Devon.

Devon excitedly opens the box knowing it is his new VR headset. He hopes to try it out immediately, but Commander Shaw calls to report that Nate and Steel are already responding to a sighting of Blaze.

Devon asks Ben and Betty to take care of the headset for him as they head out. Betty decides to give it a try, but ends up breaking it when she falls on her face.

Meanwhile, the Rangers take on some Tronics. But Devon spots Blaze and hurries over to destroy the Robotron-making case. Blaze leaves. 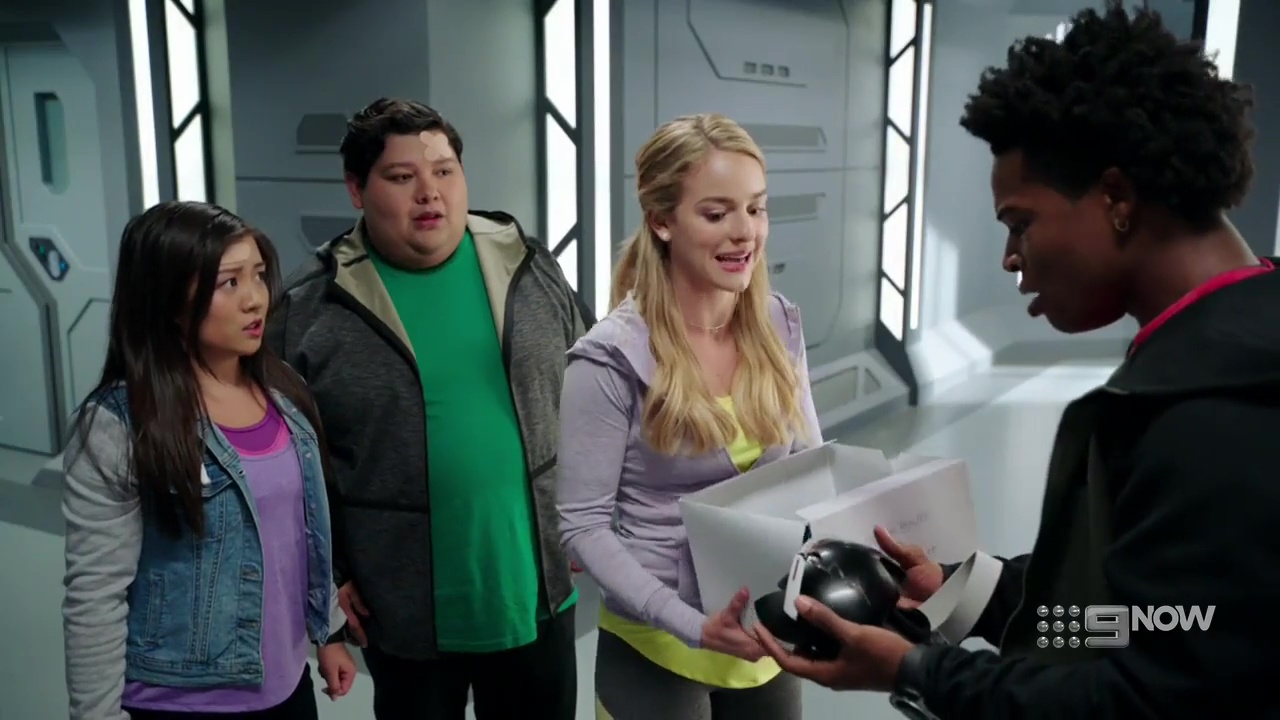 Back at GBHQ, Devon and Nate report to Commander Shaw. Ben and Betty tell Zoey that they broke Devon’s headset, so she decides to take the fall since she thinks Devon will be less mad.

Ben and Betty try to stop her, but she covers for them anyway. Devon takes the news well, but wonders why Ben and Betty have bandages on their face.

Down in the Cyberdimension, Evox is upset at Blaze’s incompetence and tells him to get out of his sight before he kills him. Roxy takes this as an opportunity for her to impress Evox again. She heads over to Scrozzle who quickly fixes the Robotron maker. Roxy has an idea. She asks Scrozzle to install a virus that takes things apart into a Robotron maker so she can use that to destroy the Rangers’ weapons, making it easier to end them.

At GBHQ, Nate is showing everyone his Gigadrone Detector which can alert them to an impending arrival. The Rangers plus Ben & Betty must assemble and install a detector at different locations around the city.

Roxy wonders what Ben and Betty are doing, but no matter. She turns a wrench into a Robotron which can take things apart. Roxy attaches the chip to the Tooltron before it attempts to destroy Zoey’s communicator. But she moves out of the way and Tooltron instead destroys Ben & Betty’s Detector installation without them seeing it.

At GBHQ, Nate sees Ben & Betty’s installation is unable to go online. He checks a security camera and they see the pieces all over the ground. Zoey, Ben and Betty arrive while eating ice cream and the others can’t believe they would waste time getting a treat instead of doing their job.

Zoey, Ben and Betty insist the Detector was fully installed. But Devon decides to call them out about his VR headset, noticing Zoey was perfectly fine while Ben and Betty were all banged up.

Zoey, Ben and Betty come clean about the headset. But Devon still doesn’t believe them about the Detector. He says friends should be honest with each other, yet Zoey lied.

Zoey is hurt by Devon’s words and she leaves. Jax follows her. 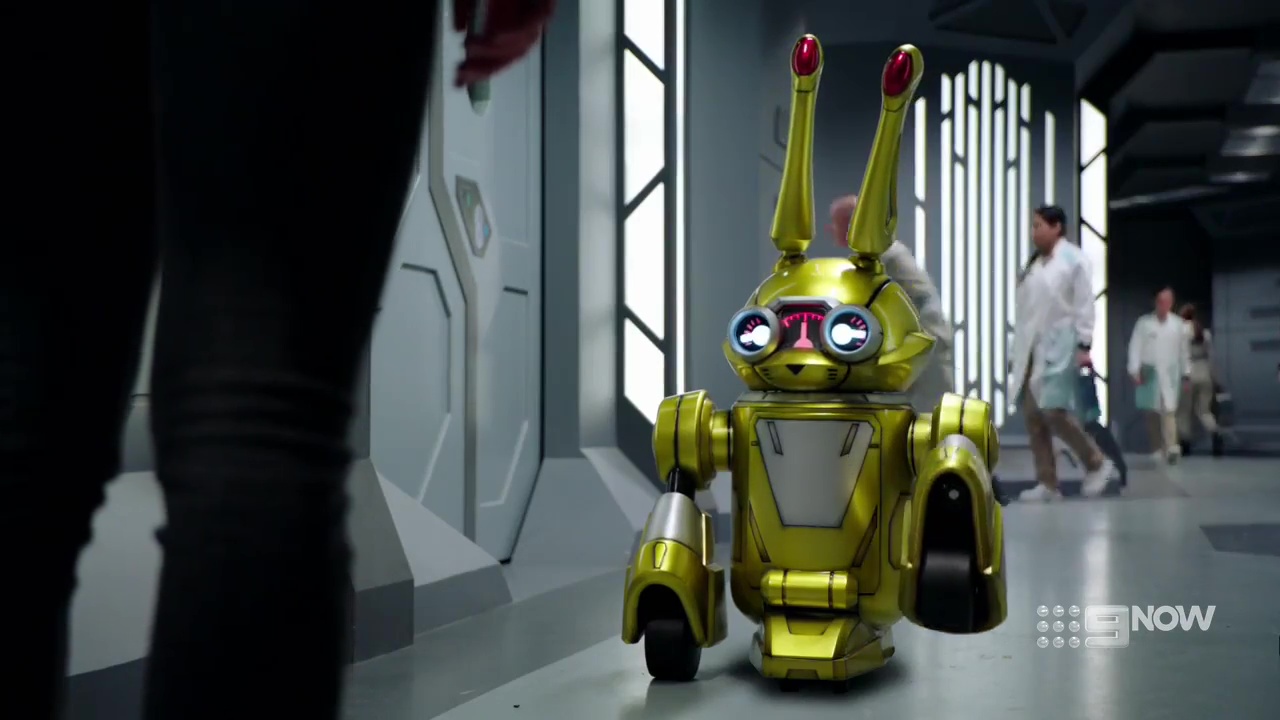 Jax tells Zoey that he believes her, but he also thinks Devon had a point. Zoey asks for some time alone. 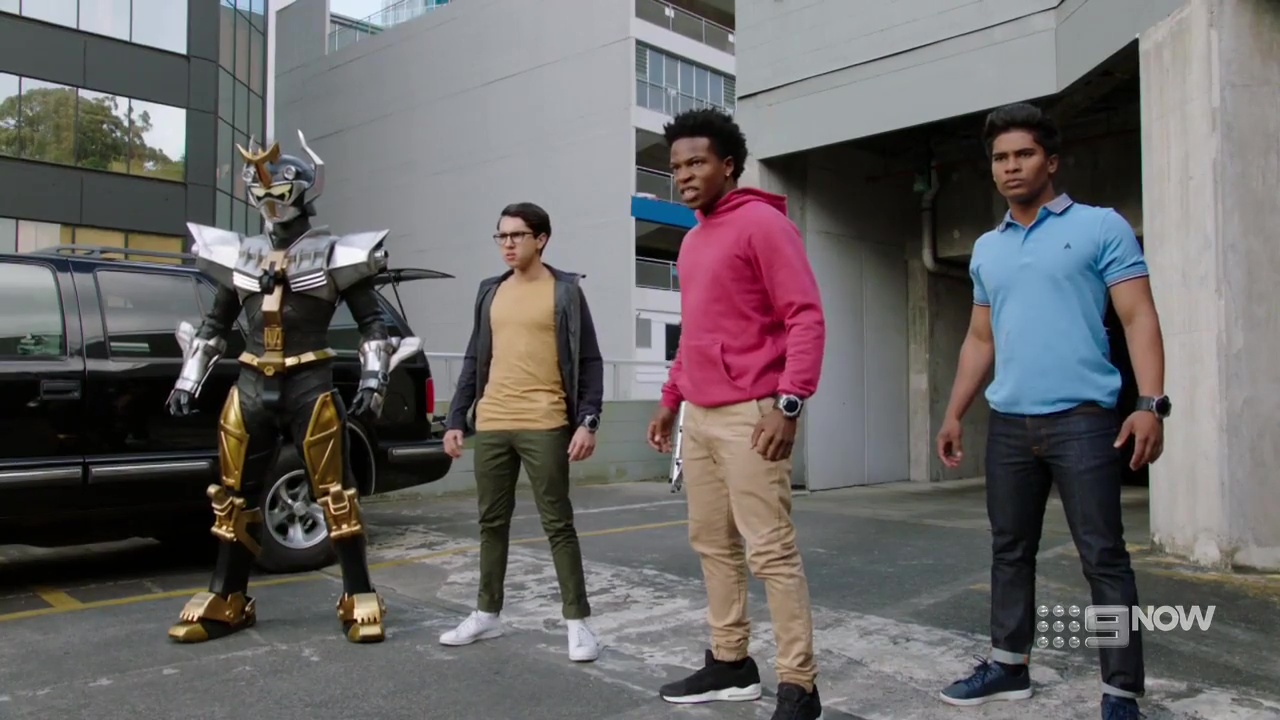 Over at the installation site, Roxy and Tooltron challenge Devon, Ravi, Nate and Steel who immediately morph. They summon their weapons, but Tooltron immediately disassembles them.

Tooltron then takes apart their transporters and threatens to disassemble Steel. But Ravi tosses a hubcap to him to block the attack. The attack ricochets and destroys the Detector again. The Rangers realize Zoey, Ben and Betty were telling the truth.

Tooltron finds Zoey and destroys her morpher. Tronics appear and she uses her jackrabbit power to leap out of the way. The chip records the data as the other Rangers arrive.

Cruise arrives with an extra morpher for Zoey and transporters for the boys. They take care of the Tronics while also knocking Tooltron’s blaster out of his hands. They destroy it.

Zoey morphs and the Rangers fight off the other Tronics. Devon and Nate work together to finish off Tooltron. The Rangers head back to GBHQ and Scrozzle pops in to collect the data chip.

Scrozzle dispatches a Gamma Model Gigadrone. One of the Detectors is triggered and the Rangers hop in their zords. They are surprised by the new type of Gigadrone, but they all work together with the new Striker Megazord combination.

Over at Riptide, Devon buys Zoey a drink to apologize for how he spoke to her earlier. He acknowledges she is a good friend for covering for Ben and Betty, But Zoey also apologizes for lying.

Ben and Betty arrive with his now-fixed headset. He gives it a try and is scared by the same shark as Betty from earlier. He falls and the headset goes flying. But Ben catches it.

This was a much more interesting episode than the other two post-hiatus eps. The plot flowed much better and the lesson of the week played out more natural.

Good character moments for Zoey and especially Ben and Betty. I appreciate the more toned-down moments with Ben and Betty rather than the slapstick. So I really liked that scene where they try to stop Zoey from covering for them.

Everything with Roxy and Blaze felt like an afterthought though. And I definitely wish we saw more of Jax and Zoey’s relationship. Even though I know, again, the Beast Bots are not as important of characters as they were in Go-Busters.

Overall, a better episode than the last few weeks.

4 thoughts on “Recap: Power Rangers Beast Morphers, Episode 11 – “I thought you were supposed to be on my side.””