The entire school is playing a brand new video game: Game Goblin. Preston got the Rangers all Game Goblins. But what they don’t know is the game is actually a way to power a real life Game Goblin who hopes to kill the Rangers once he sucks them into the game.

Students try to sneak in some playing time during class, except Brody. The teacher says she will confiscate the game from the next person she sees playing it. That person is Victor who plays a trick to keep the teacher from seeing him.

The teacher asks the students to turn in their homework before leaving, but Preston realizes he didn’t do his homework because he was busy playing Game Goblin.

Later, instead of training, the Rangers are more interested in playing Game Goblin. Preston hasn’t even changed into his training uniform.

Game Goblin says he has enough power now, but he needs Preston to keep playing because he’s really good.

Game Goblin sucks all the Rangers, except Levi and Preston into the game. Game Goblin appears and morphs into a real life being instead of an animated game character.

The four Rangers morph and fight Game Goblin, but he starts feeling weak. Thankfully for him, the students continue playing and fill his power bar. And with his filled up bar, Game Goblin is able to control Brody to work for him.

Brody shoots at and then fights Calvin, Hayley and Sarah. The controller beam wears off, but the power bar fills up again. Game Goblin then controls Hayley. She attacks Calvin and Sarah and then sets Brody on fire.

The controller beam wears off again and the Rangers are able to run and hide.

Brody calls Levi and tells him about the game. But Game Goblin finds the Rangers.

Levi realizes that the people playing the game powers up Game Goblin in real life. He hurries over to Preston to tell him they have a problem. They head back to the command shop.

Preston feels bad about getting everyone obsessed with the game. He asks if Mick and Levi can make everyone stop playing. They say sure, so he gets himself sucked into the game. 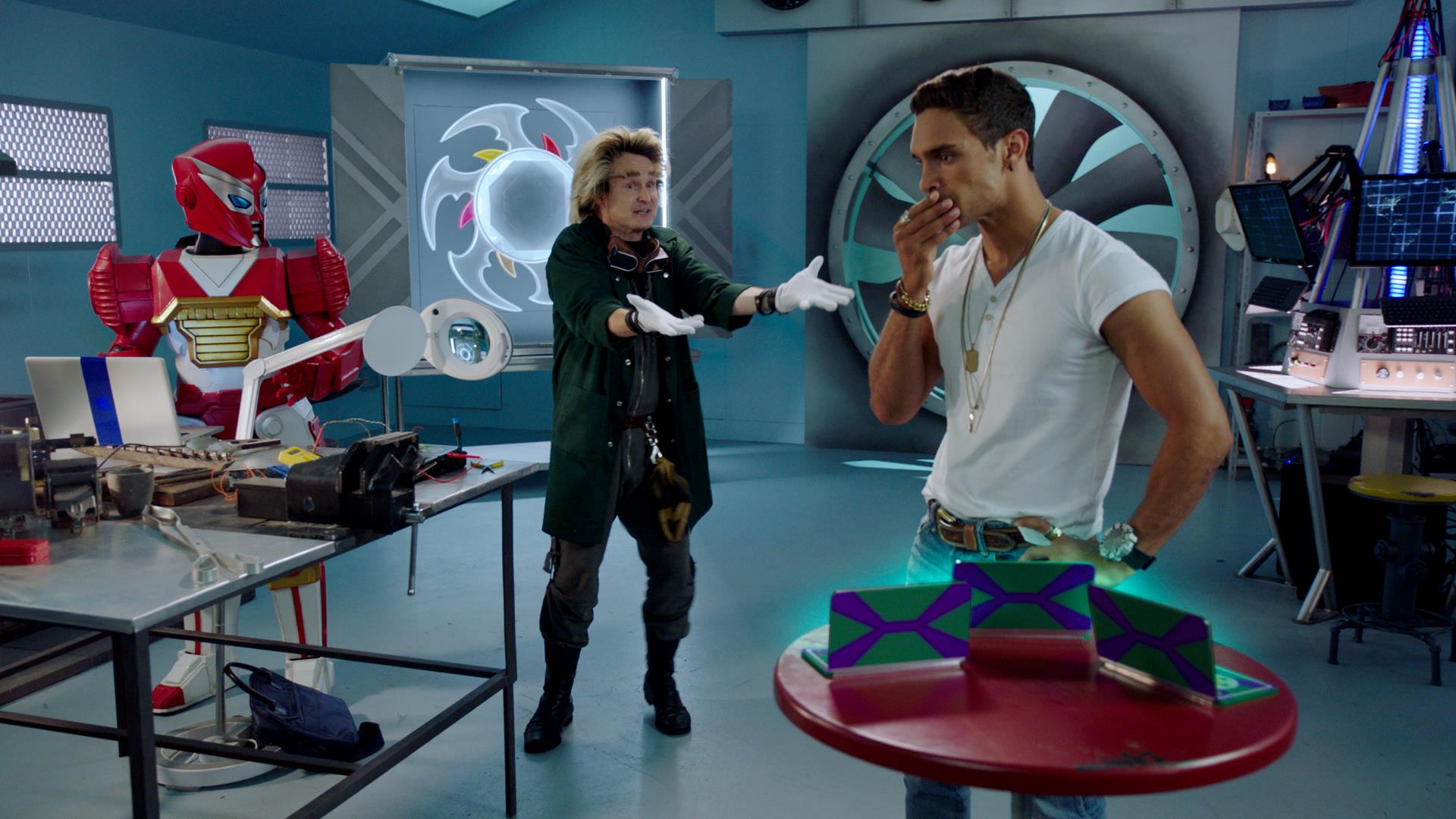 Mick has Levi turn into a goblin to scare the students from playing the game.

Game Goblin’s power bar is empty and Preston is released from his control.

Preston unleashes a final attack on Game Goblin and he embiggens.

They finish off Game Goblin and are back in school. They decide to go training.

Meanwhile, Badonna tells Madam Odius that she has secured the Galactic Ninjas for the next episode. Madam Odius thinks it’ll take ninjas to kill ninjas.

I was like wait, what was this episode in Ninninger. Then I remember it was the episode with Yakumo being in love with a lawn mower. Lol

I credit them being able to turn that episode into this one and making it about a video game. Nice use of animation too.

It was an alright episode. I enjoyed it because it was a different and fresh story. Very creative.

Is this the closest we’re going to get to bringing Kamen Rider Ex-Aid over to the U.S? lol

Victor and Monty can be hit or miss and most of the time are inconsequential to the rest of the episode. But I must admit, Victor’s trick at the beginning with that photoboard was funny. The music of them later though sounded too much like that used during scenes of Bulk & Spike. And it’s best we forget those scenes, tbh. Lol Everything else with them in the episode was a little too much and obviously just to help fill out the episode.

I guess the biggest development is the final scene with “Galactic Ninjas” coming in the next “episode.” Interesting!

Overall, a relatively fun filler of an episode.