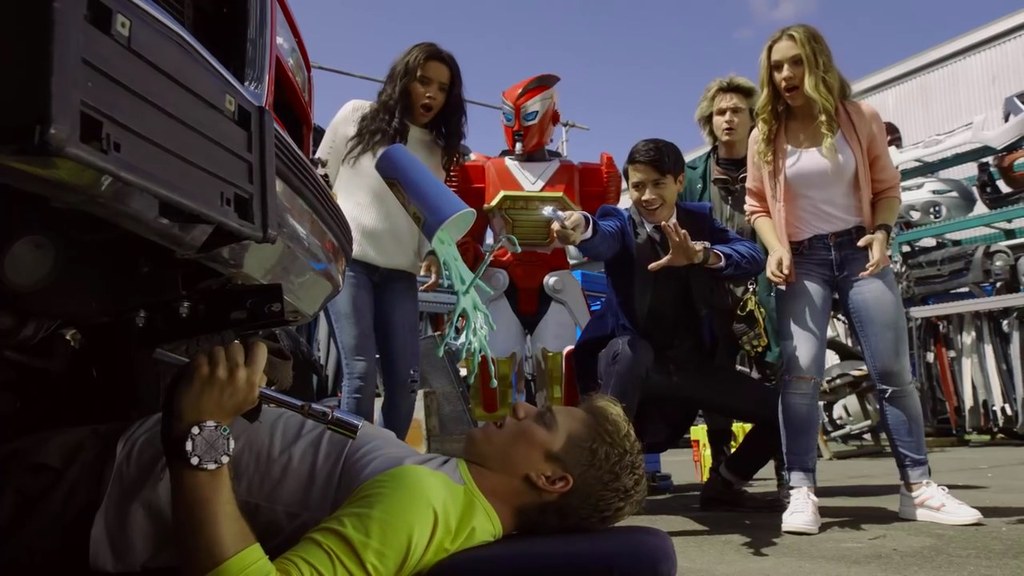 Preston is giving a magic show at school. Instead of being able to pull a rabbit out of his hat as a trick. Victor does it for him to show how lame Preston is.

Up on the ship, Galvanax can’t choose who to send to fight the Rangers next. So Ripcon suggests Galvanax himself take them on.

Brody tries to cheer Preston up. Preston explains he was inspired to become a magician after his parents took him to a magic show when he was five years old. But he hasn’t been very good. Brody says it was struggle for him to become a ninja too, but they gotta keep working at it.

Suddenly Preston hears some rustling in his hat. It’s a rabbit! Brody says Preston’s tricks might be pretty good after all. But Preston shows that his rabbit for the act is actually in its cage. He only had one. Just then, another rabbit pops out of the hat. Maybe Preston’s magic is finally starting to click! Brody suggests Preston go talk to Mick while he brings the two extra rabbits to the pet store. 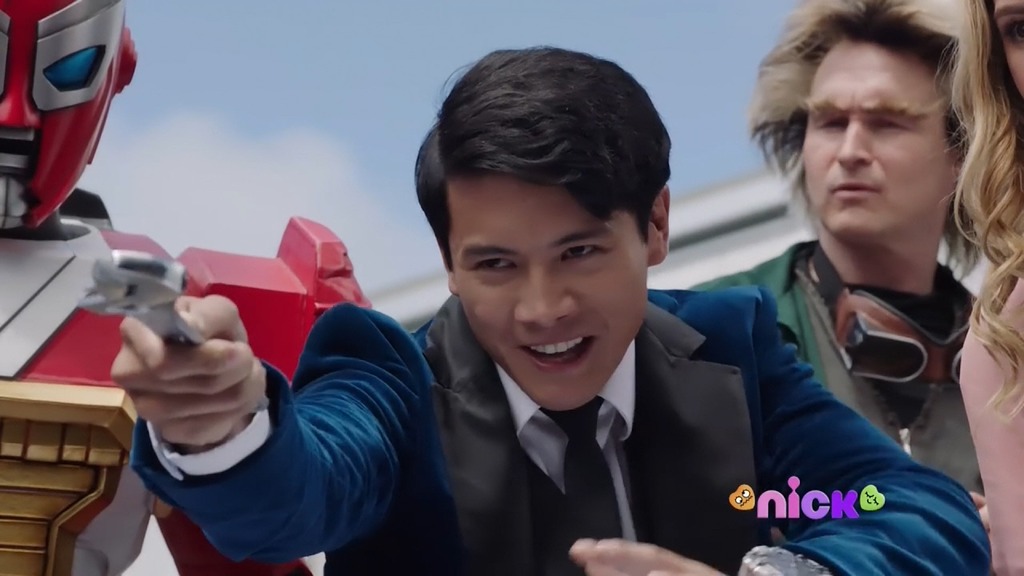 Preston goes to the shopyard with the news, but Calvin, Hayley and Sarah are busy working on getting Papa Romero’s truck up and running again. Instead of telling, Preston decides to show them his news. He stops a drink from falling onto Calvin’s face using magic.

Preston thinks he’s finally unleashing his magic potential. But Mick says it must be the Ninja Steel which is known to magnify one’s truest desires. He warns Preston must be very careful when using this power.

After Brody brings all of Preston’s rabbits to the pet store, he spots a BuzzCam flying about. He calls the others as he runs into Galvanax, flanked by Madam Odius and Ripcon.

“10 years ago, you destroyed my father!”

The others arrive and are taken aback seeing Galvanax for the first time. Brody says “A ninja never shows fear.” So Sarah and Hayley decide to insult Galvanax. Madam Odius warns Galvanax that he is out of practice and must not show his audience that he is weak facing off against five Rangers so suddenly.

Galvanax says he wants to fight Brody one on one, so until Brody is ready, the Rangers will fight new contestant Slorge.

“A ninja verus a turtle? That’s a wacky combination!”

Sarah, Hayley and Calvin get sprayed with a mist. But Preston uses some magic to summon a dragon who breathes fire onto Slorge which sends him into the water. Slorge later tells the Galaxy Warriors audience that his evil mist will get him the Power Stars. 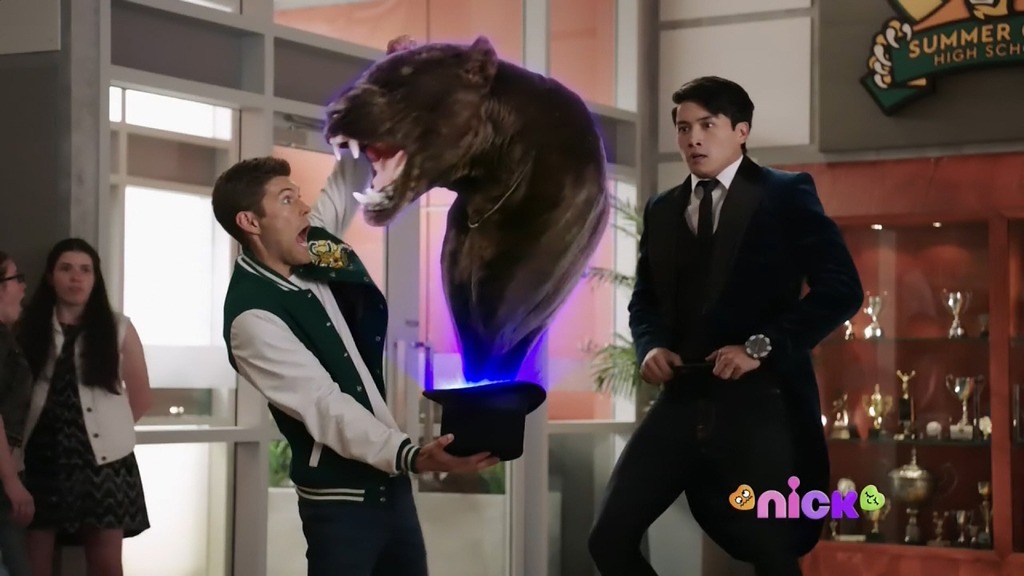 Encouraged by his awesome dragon, Preston thinks he’s ready to show the world some real magic. The rangers head back to school. Hayley, Calvin and Sarah don’t look too good so Brody tells them to get some rest.

They leave while Preston is in the middle of his show. He first has Victor volunteer and gets him to pull a kitten out of his hat, only he pulls a big tiger instead. Monty is the next vict… volunteer and Preston slices him in half. But instead of being able to put him back together, the legs get up and walk away on their own.

Outside, Calvin, Hayley and Sarah start to find they’re moving very slowly. Slorge appears and the three of them pull their Power Stars out. But with the sluggishness, it allows Slorge to just grab them.

Brody and Preston arrive. Brody tells Preston to use his magic. Preston pulls out his string of scarves and uses them to tie Slorge up. That allows Brody to grab the Power Stars and hand them back to the others.

Preston wonders why his magic works sometimes and not other times. Brody says Preston was just using magic for the wrong reasons earlier. Like Papa Romero said during ninja training, Great ninja skills must not be used for personal gain.

Preston realizes he shouldn’t use his magic to show off, but to help others.

They deliver a Ninja Spin Final Attack and it releases the others from their sluggishness. Cosmo Royale asks the audience and they approve a Gigantify.

The Rangers hop into the Megazord. Brody tries out a Robo Red Solo Strike, but Slorge mists him. Preston quickly activates a Dragon Zord Solo Strike to catch Brody and Robo Red. Brody suggests it would great if the Megazord had wings. Preston knows just what to do. They try a Dragon formation and are able to literally whip Slorge around before delivering a Dragon Lightning Final Attack to finish him off.

Back at school,. Preston puts Monty back together, but his spell now makes him a square, literally. Monty says it’s alright as he can go square dancing and eat three square meals a day.

Preston apologizes for showing off his magic. They say it’s okay, especially since he was able to figure it out in the end. 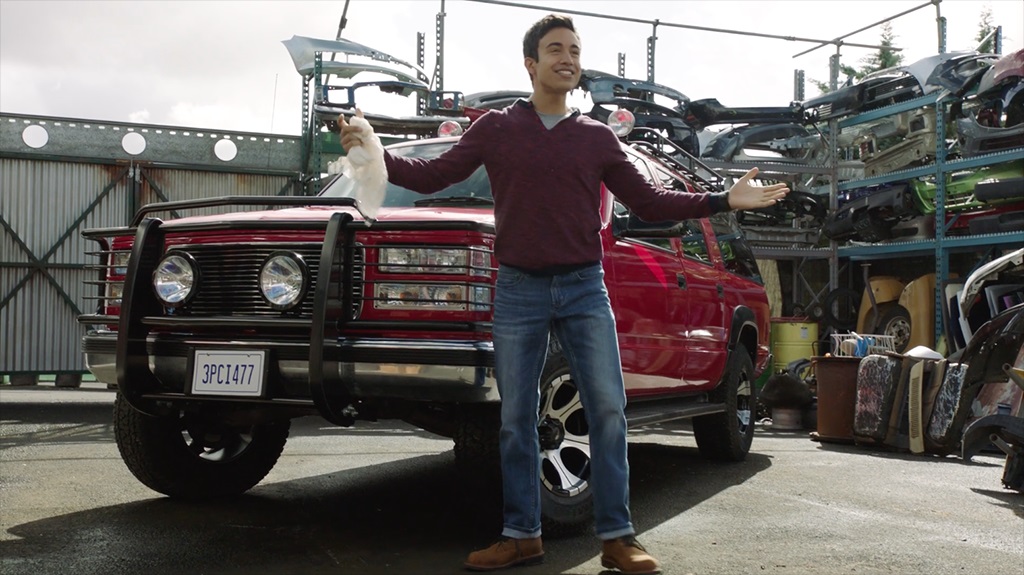 The friends decide to give Brody his surprise. They lead him to the shopyard to show him the like-new Papa Romero truck.

I thought this was a pretty fun episode. Nothing major major happening in it other than Preston and the others getting a lesson in how to deal with their new powers with respect to the public and others around them.

I must say, Summer Cove High School must have seen some pretty strange things in the past because nothing that’s happened during these first four episodes has fazed them at all. lol Not even a guy getting sliced in half.

I’m not too sure about Brody giving Preston that “You must use your powers for good” lesson towards the end. It felt almost like a “Red knows all” scenario, even if he was drawing on his experience with his best ninja in the world father. I’d rather Mick serve the little bits of wisdom as a traditional “mentor” figure.

It was interesting to see Galvanax hop down to Earth and back up to his ship again. Don’t really know what the purpose of that would’ve been in the greater story arc, but we’ll just have to wait and see. Especially if you know how things went in Ninninger. (SPOILER ALERT: Galvanax never even popped up until the end.) And speaking of, I wonder what are the plans for Ariake no Kata on the show.

Overall, this was a fun, amusing and enjoyable episode.

Recap: Power Rangers Operation Overdrive, Episode 11 – “I’ll get the sandwiches around here, if you don’t mind.”